HAPPY NEW YEAR TO EVERY ONE FROM US.
And happy 56th anniversary to us. 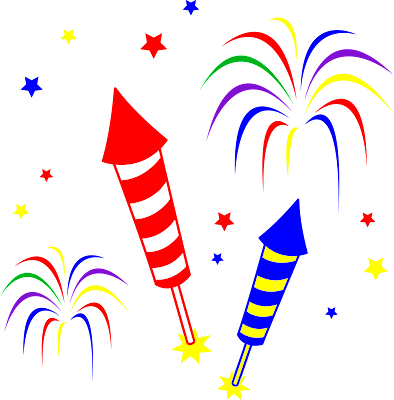 We heard a whole lot of these going off last night.

Had a nightmare so woke up at 4 a.m.  Managed to stay in bed till 4:30 then got up so I wouldn't disturb Bill. He was already awake and couldn't go back to sleep either so he was up before the sun too. We wished each other Happy New Year and Happy anniversary - 56 years! That's a lot of years. I was 27 with two kids and he was 29 way back then. Then we sat watching TV from home with our coffee cups in our hands trying to warm them up. Sun is up now and looks like it will be a nice day. {He is on the bed, trying to keep warm and "reading his book" now. 8 o'clock a.m.}

Looks like it will remain pretty cool for a few days. Our furnace has been on for the last couple of days. Cycling on and off. If it is below 80 Bill is uncomfortable. And I must admit it feels pretty cool to me too.

Yesterday I was going through our refrigerator trying to make some room when I came across a double package of crescent rolls that I had forgot I had brought from home. So thought why not fix them. It will feel good to have the oven on. So I unloaded all the stuff that is stored in the oven. Found the pilot light lighter. Got a little flashlight so I could see the pilot light. Had to get down on my knees to see it - not a good idea. Then pushed the oven knob in, tried to pull the trigger on the lighter. It wouldn't pull. OH, noticed an off and on switch on lighter. Worked better with it on. Got the flame but pilot didn't light. Kept trying. Called Bill - oven knob had to be held in while putting lighter to pilot light - also holding flash light. Needed two people. "How many old farts does it take...." Finally after much pushing, pulling and swearing the damn thing lit. Then I had to stand up. Oh yah, Good thing Bill was there to pull me up. I hate admitting that but it is a fact.

I think the rolls were a teeny bit past their use by date, [package kind of exploded] but managed to get some of them out and rolled up. 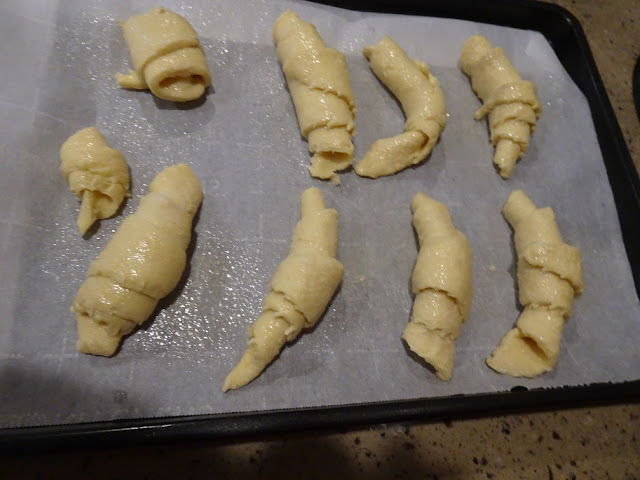 And even cooked. They tasted pretty good when they were warm, not so much after they cooled down. But the oven did help warm us up, especially me.  From now on we buy crescent rolls at bakery. 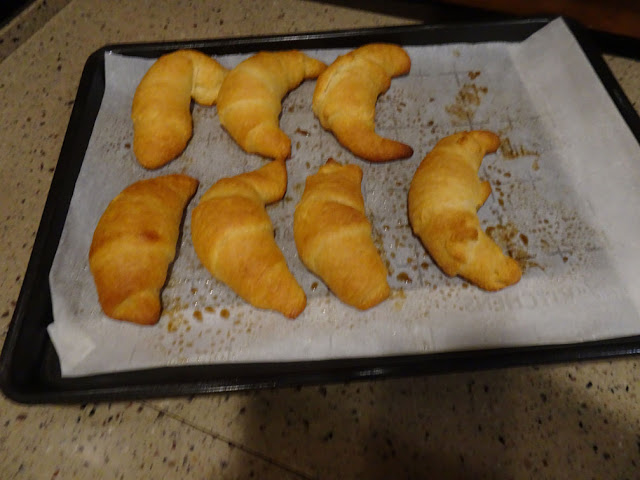 We went for a ride yesterday morning, before the crescent roll fiasco. Lots of people walking around, glad to see that about 80 percent were wearing masks. We went too late to stop anywhere to take drone pictures. 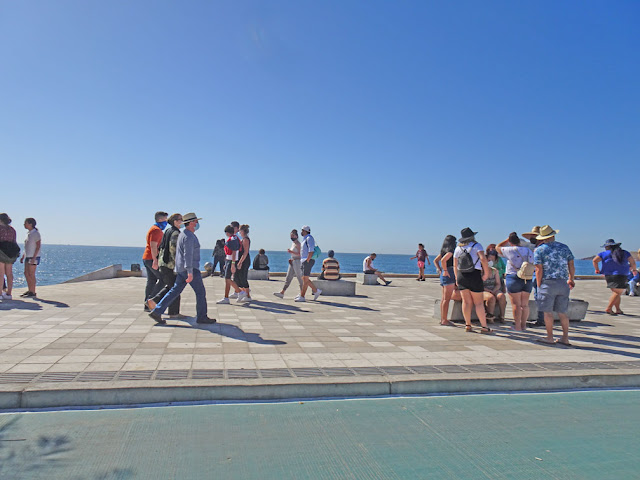 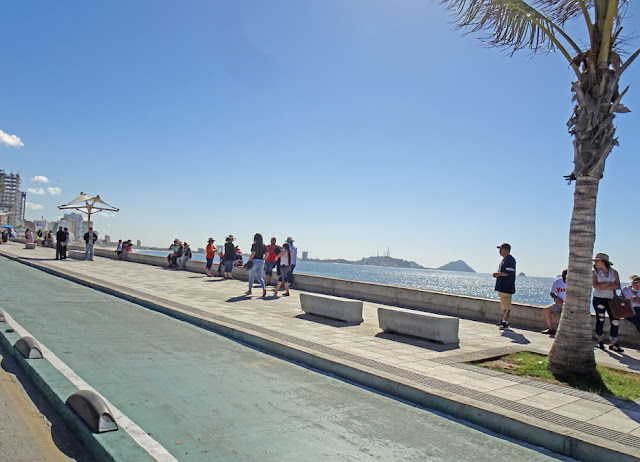 At least four out of every five cars were from somewhere else. Lots from Mexico City and Jalisco and especially from Durango and Chihuahua - where it was snowing. In fact the Durango Mazatlan toll road was closed due to snow. Hope it opens so they can get back home soon. It is easy to forget it is the middle of winter here.
I hope they didn't bring Covid with them, so far Mazatlan has done a pretty good job of controlling it.
We are having a problem with our Dish anywhere TV program. Keeps telling us our video isn't working, but only on some channels and only some times. Going to try redownloading the apps, hope that works. Can't find a non 800 number to call their tech support. And if I can reach them don't know what they will be able to do as the problem is probably with our receiver at home. We'll see...
Well managed to call them by changing 800 to 880. Come to find out it is a problem with THEIR app. Lots of people calling with problems. Eventually they will get it fixed. Glad it was them not us.
We got a letter from our doctors office, the doctor neither one of us likes, and he no longer works for that office so we have to choose a new primary doctor. We were going to any way. So will try to take care of that next week and make appointments for April. I hate having to change doctors and start from scratch again.
Went for a ride around noon. Surprisingly there wasn't much vehicle traffic. Lots of people out walking around though. Lots of big busses loading people up to leave.
Posted by Carol and Bill at 11:55 AM

Happy Anniversary! All the best for 2021!

Happy New Year and Happy Anniversary. Wishing you a fun-filled year ahead.

Happy New Year and Happy Anniversary. Have so enjoyed the photos in the last few blogs that you have taken and the drone videos are just great. The detail in the videos is so clear -just a joy to watch. Thank you for sharing.

The oven in our RV is the same. You have to be a contortionist to light it. You'd think they could make it easier. We've been running the heat in our house as well, these concrete houses really cool off. Glad we have the heat option on both of our main mini splits as I didn't sign up to freeze in Mexico!

Janet, NOrmSusan - Thank you.
Sandy - hopefully he'll take the drone up again in a different area. As soon as it warms up a little in the morning.
Carl - sometimes the humor is all that gets us through aggravations.
Ruth - Thank you.
Kathy - Your last comment sounds like Bill - he is freezing. He wants some place warmer. Hopefully cold front moves through quickly.

Happy New Year AND Anniversary from Suzanne and Laughing Womyn. We have glorious snow here and everything looks like a magical fairy land. Love you.

Wow - that is an accomplishment of true love!! Congratulations Carol & Bill!!