Sunday was an interesting day. First the NASCAR race - my favorite driver was leading the race with his team mate right behind him. The rest of the field was a ways back. Drivers were saying it was raining and the track was getting wet. Part of the track was wetter than other parts. As the lead cars came around a corner they hit the wettest part of the track and promptly lost all control of their cars. Both hit the wall. The #18 very hard. Most of rest of cars managed to slow down and avoid disaster. #18 was too damaged to continue - and it was only lap 7. He went on home. After rain delay I continued to watch what we could of race. Mostly TV went off because of the rain storm. Oh well.

Then it started to get really hot in the house. Could hear the AC running but it was blowing room temperature air - certainly not cold air. Lovely. Bill pulled the covering off and discovered a big opening in the front of the unit that had been covered by a thick tape - the tape had hardened and pulled away from the open area.

Had to take my embroidery machine back to repair place as it is being uncooperative again. The thread keeps breaking every few stitches. Went on line and did every thing suggested and nothing worked. It stitches fine regular sewing, but not embroidering.

On our trip across town to the sewing machine repair place I was shocked to see the prices of gasoline. From the news on TV I've heard some stations are out of unleaded too. Not a lack of gas, a lack of truck drivers to deliver the gas. What a mess. 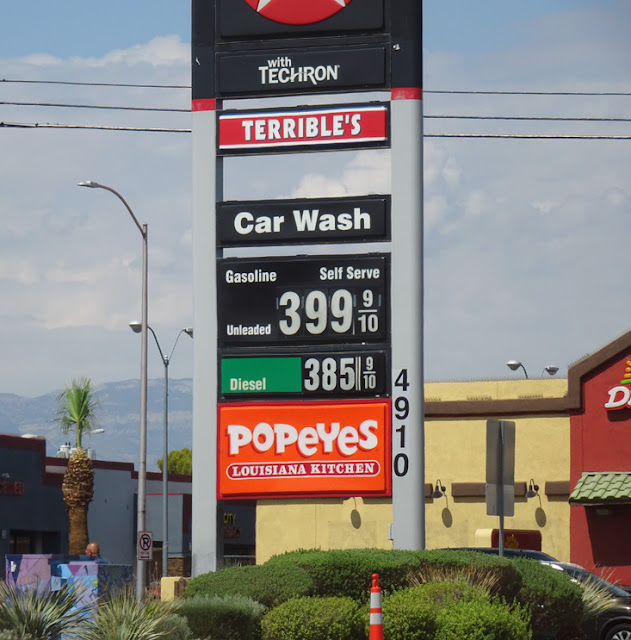 They have taken the mask off of Lady Liberty - guess they might soon be putting it back on. City Council meeting today about mask wearing. I imagine they will start requiring masks inside for everyone again. 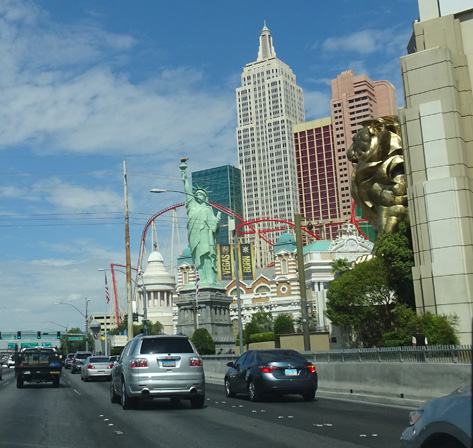 Just a quick shot of one side of New York, New York. And our pretty blue sky. No more rain yesterday and probably not today - any way in our area of town. But later in week expecting a lot of rain and below 100 for a few days. 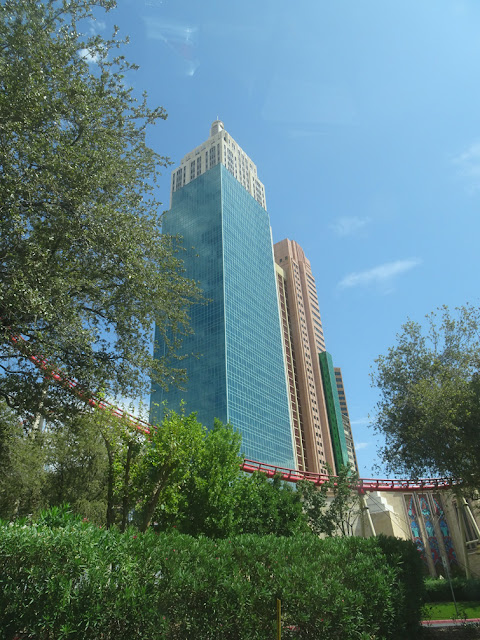 Took the wrong turn - my bad - and ended up going by part of China Town on the west side of town. Looked interesting. 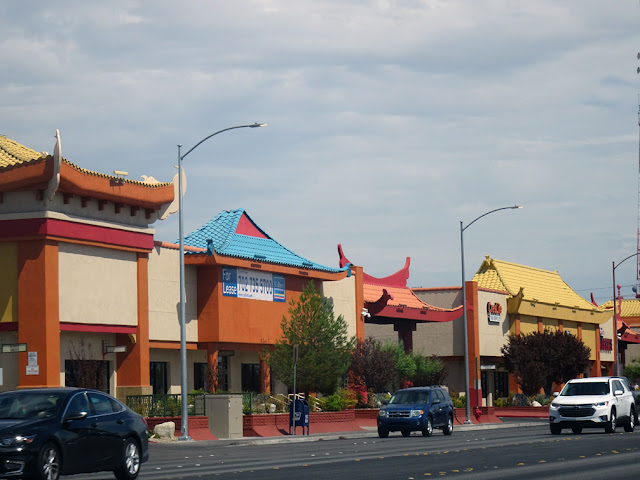 This billboard just makes me laugh. I don't think I'd want a lawyer whose web site is "Sweet James." Doesn't sound very lawyerie. 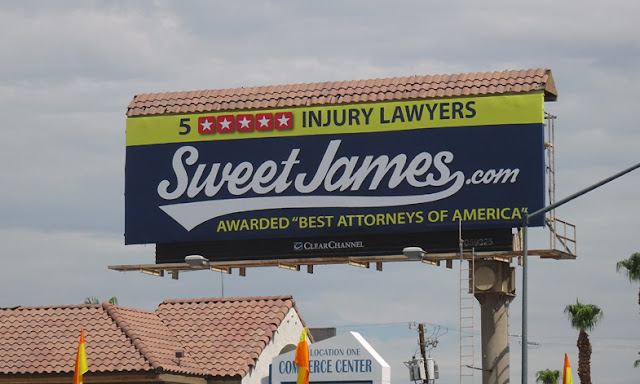 On the way home we could see this big storm south of town. I guess it stayed there. Weatherman said something about it forming so much cloud cover it changed the dynamic of producing rain...or what ever... 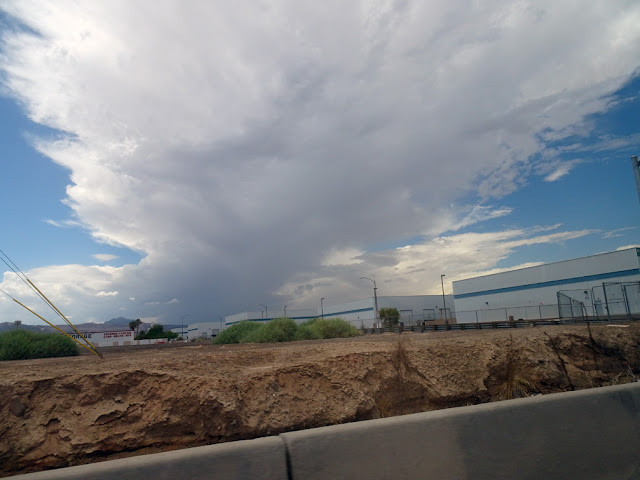 Your gas is cheap there. Ours is $6.05 per gallon. Or $1.35 per litre. Hope the rain your getting is helping fill up the reservoir. You badly need the rain.

Mark - looks like we will get a lot of rain the next few days. We can get gas at Sams Club and Costco at 3.40 a gallon. just have to wait in long lines.
Jackie - Employees now have to wear masks and masks recommended for shoppers. No mandate yet, but think it will be coming. Lots of tourists from overseas are getting their shots here as they visit...