Plodding along - one day at a time

Time marches along. Kind of keeping busy. One neat part of the day is early morning and early evening when the birds and bunnies come and visit. Usually there are two bunnies that wander around the back yard. Maybe looking for orange lantana. But we learned our lesson there. We only have red, yellow and purple. For some reason they don't eat them. 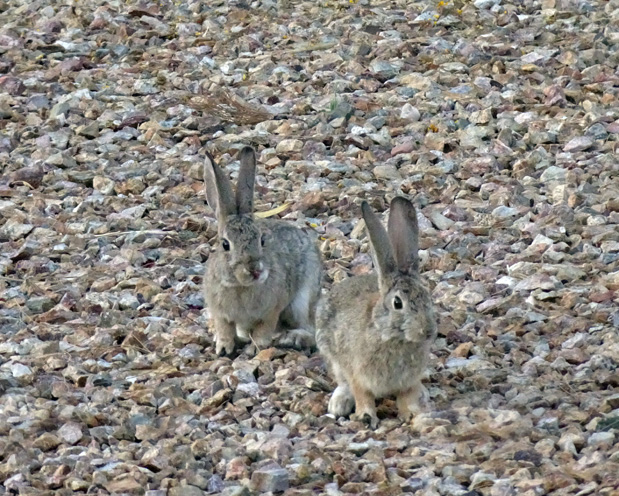 And the pair of quail are pretty regular visitors too. Can't believe he stood still long enough to get a good picture of him/her. 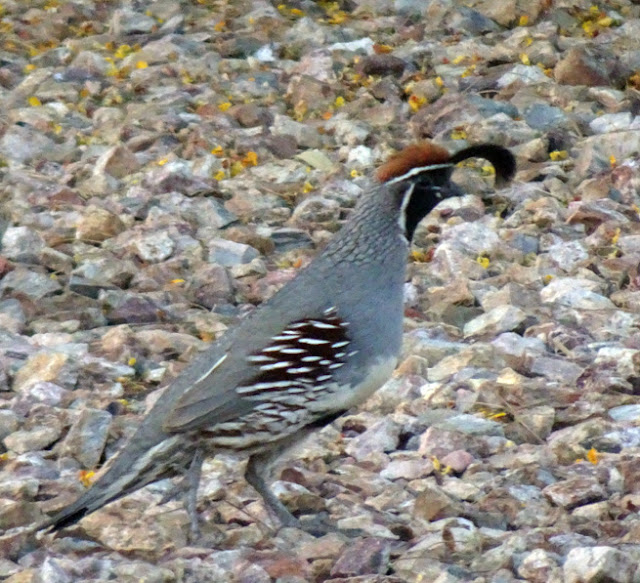 It is getting to be summer weather here so I've had to change my walking time some. Last Wednesday morning I took off alone at 5:30. It was already warm out. 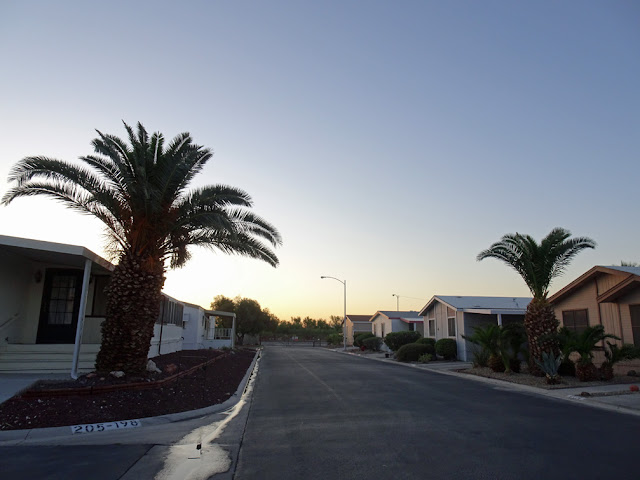 Bushes in one of the neighbors front yard. They are so pretty. 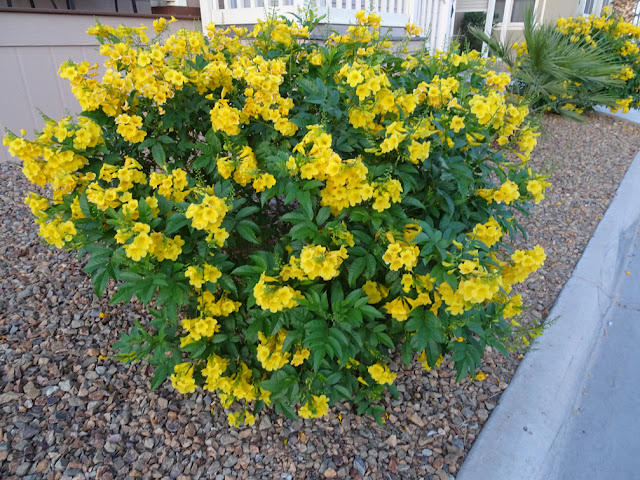 The moon was still up. 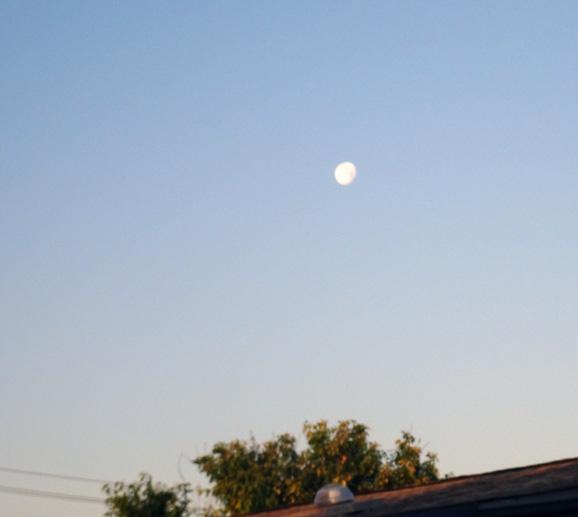 Sun starting to come up. Once it is high enough it really is hot even with cool air and breezes. 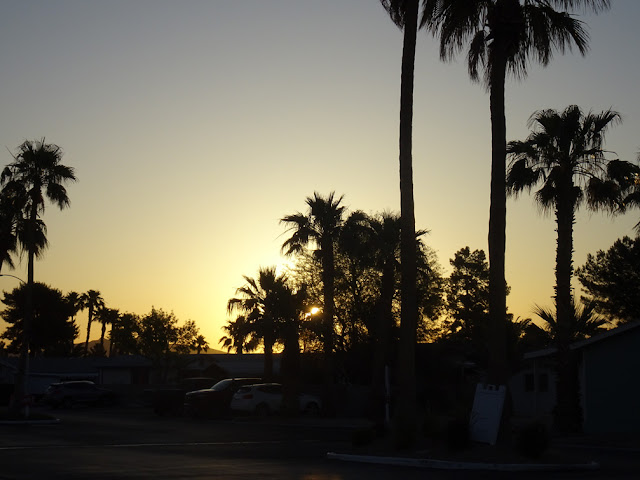 Lots of new home being put in here. I wonder where the other half is? This is a prime lot as it has a garage. The older home that was here burned down but garage wasn't damaged. 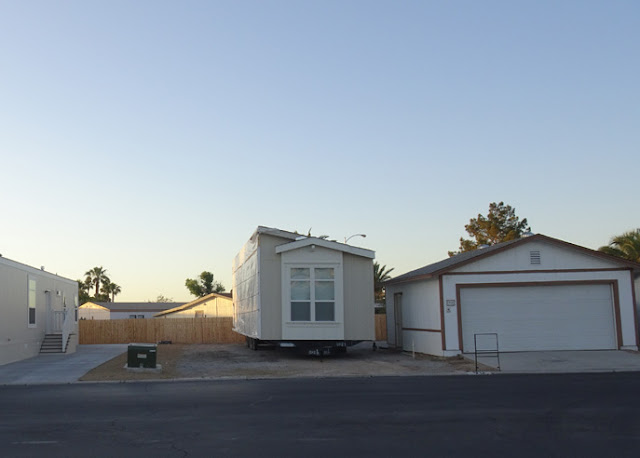 Another new one a block from us. Been waiting to be put together for a month now. 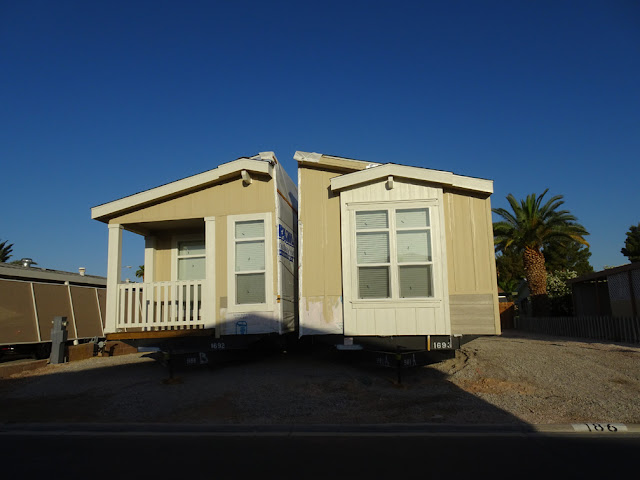 It was funny I guess I walked so early all the dogs that usually bark as we pass the homes must have still been asleep as none barked. When I got home noticed my little plant was flowering, such pretty flowers. 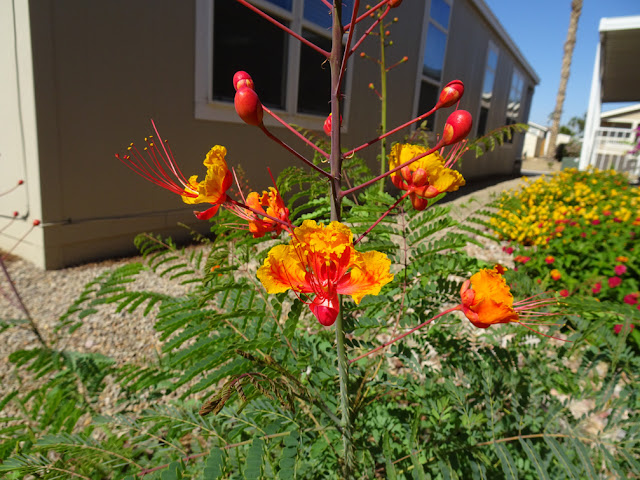 In fact that whole yard is blooming like crazy. 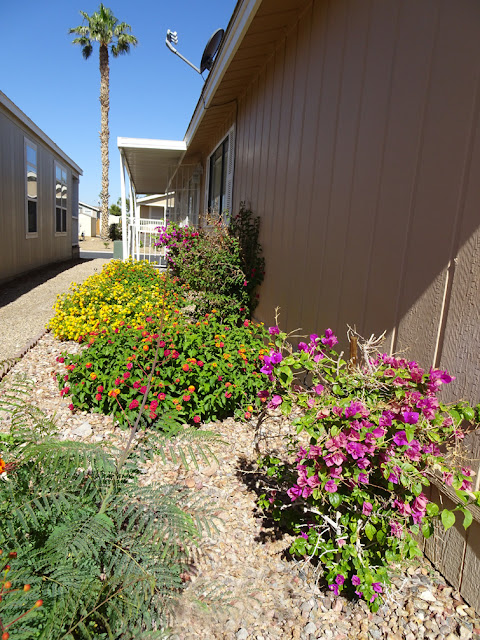 Did another puzzle, this one was fun and only took a couple of days. 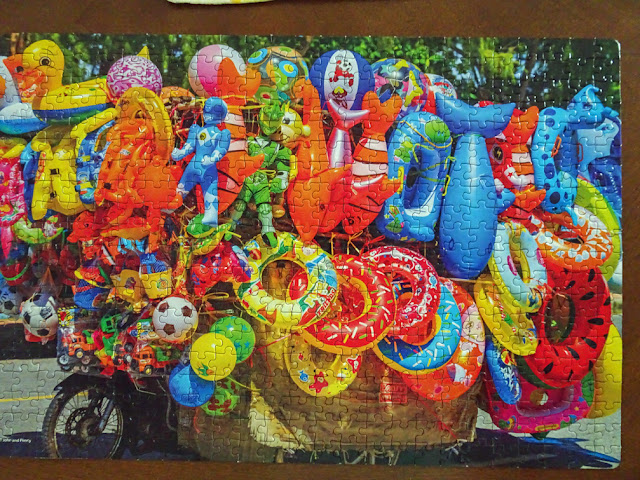 That night we had a rather pretty sunset. I wish all the houses weren't in the way. But I usually don't feel like walking a couple of blocks to get a better view. 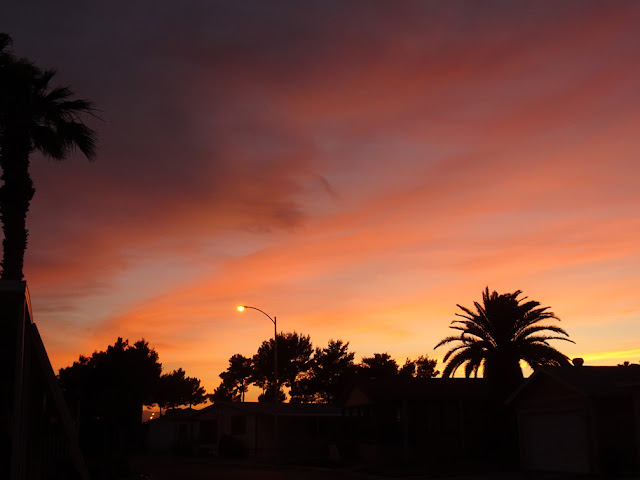 On Friday morning it was cool enough to walk with the group and head to the Wetlands again. Probably my last time there unless I can find some one to walk early! Saw this. A web of some sort with a big hole leading into it. The hole was as big around as my thumb. No one wanted to stick their finger in there...One big spider??? 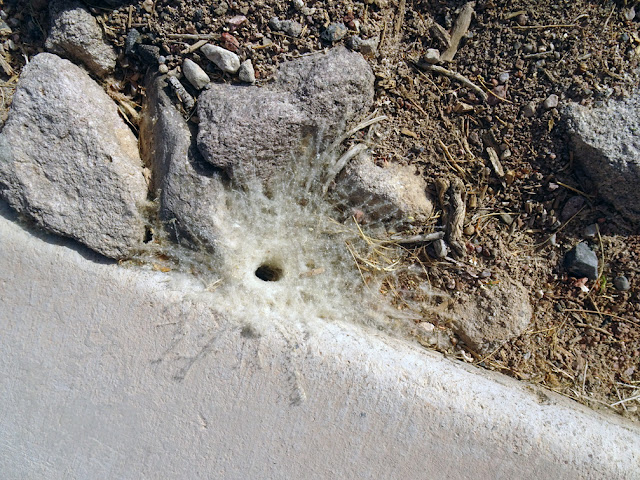 The area is very interesting. Here is a tree that had been cut down, sprouting a whole lot of new branches. Life goes on. 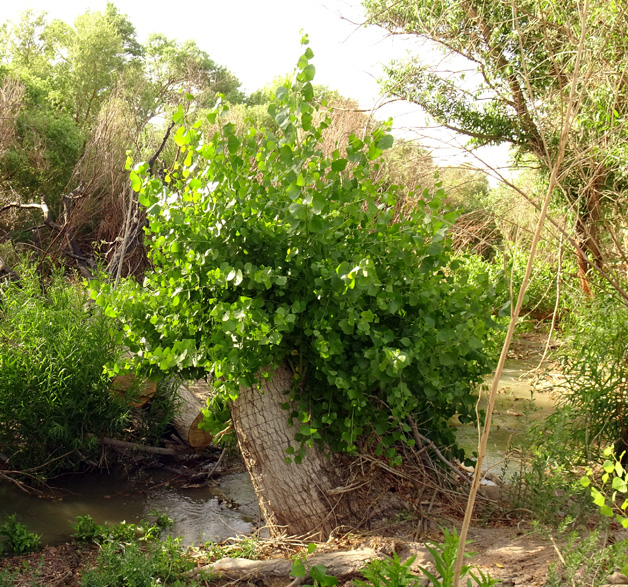 Really like all the informational signs they are putting up. 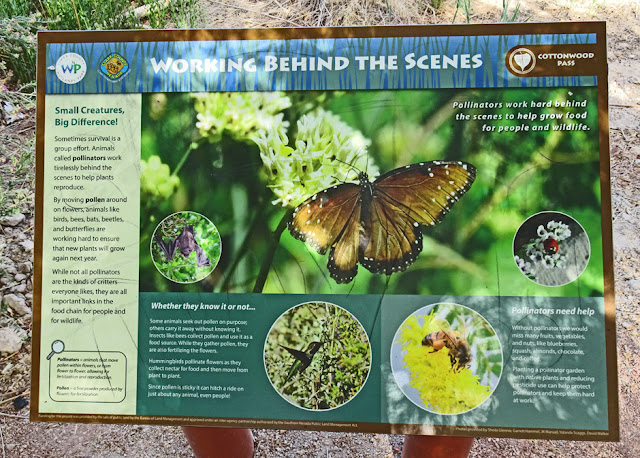 Now this area is still brown and dry looking. 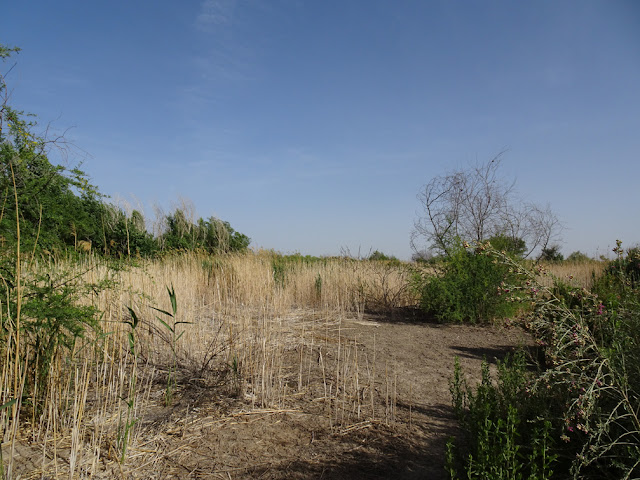 We found another pond we hadn't seen before. Pretty big one. 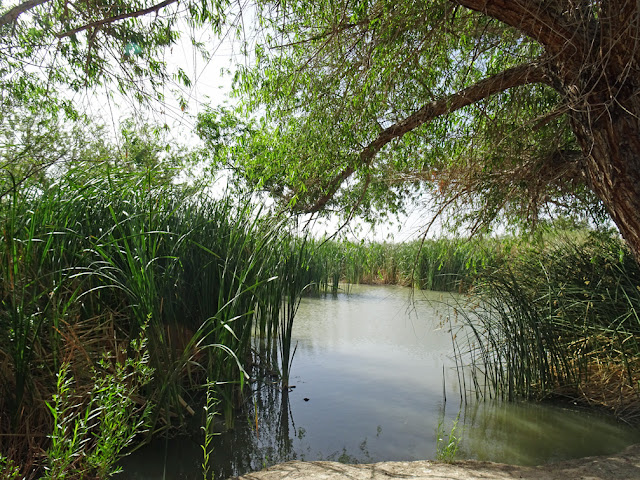 One the way home we passed the owls nest area and discovered both babies out and sitting in the tree. He/she still has a lot of its baby soft feathers. 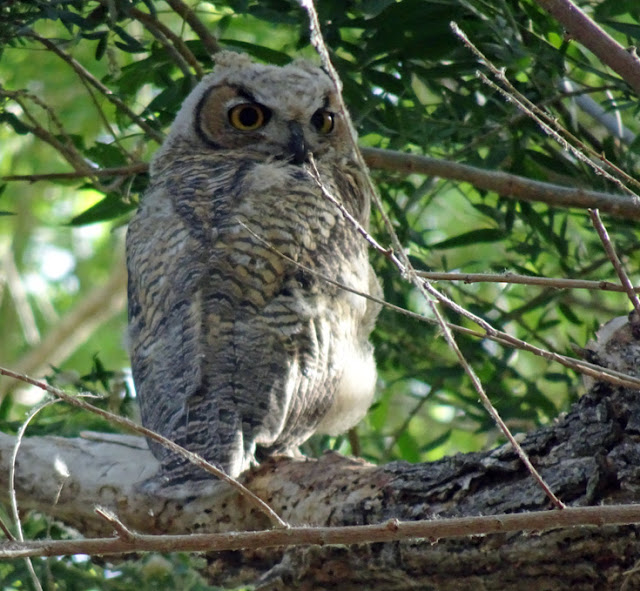 He got all puffed up - maybe didn't like us being there. We've never seen the parents. 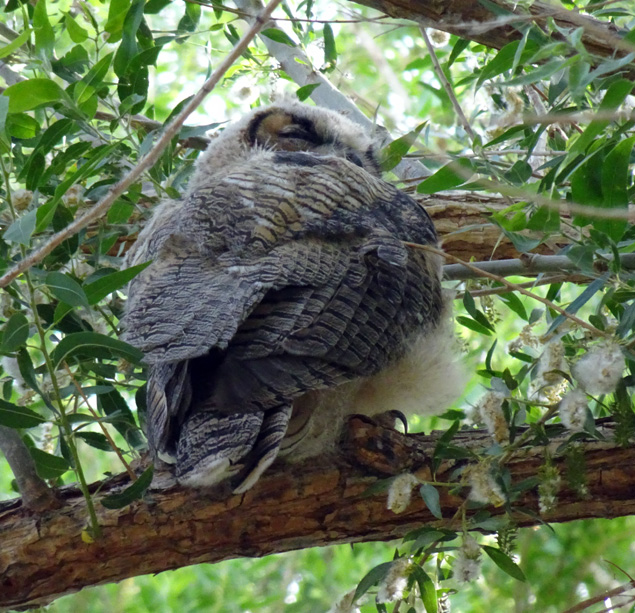 The other one was on another branch just watching us. No baby feathers on him. 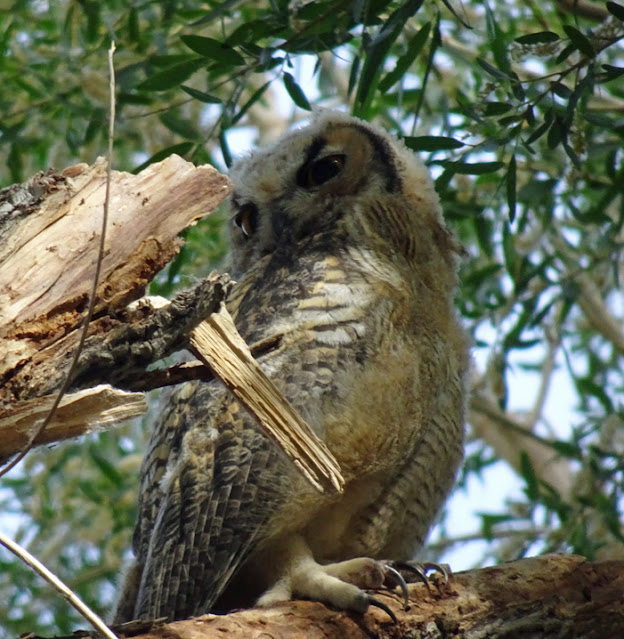 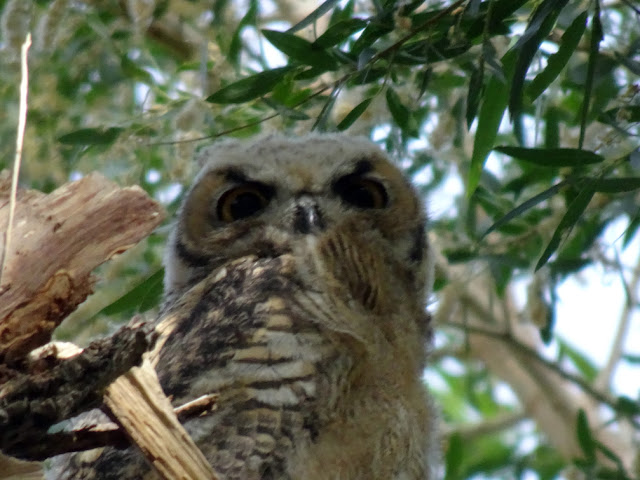 This one is still all puffed up. 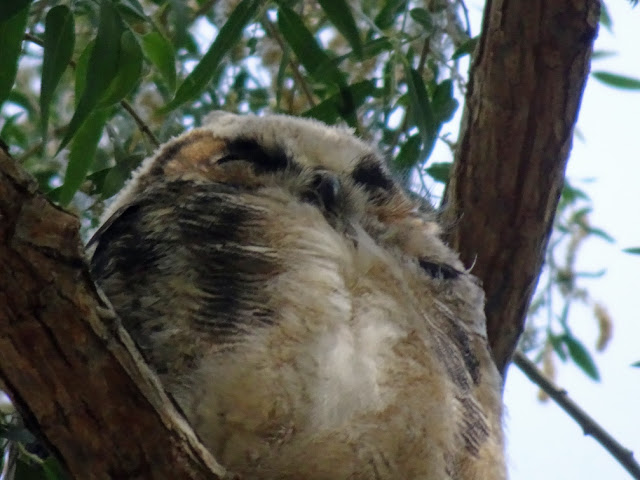 Got both of them in this photo. 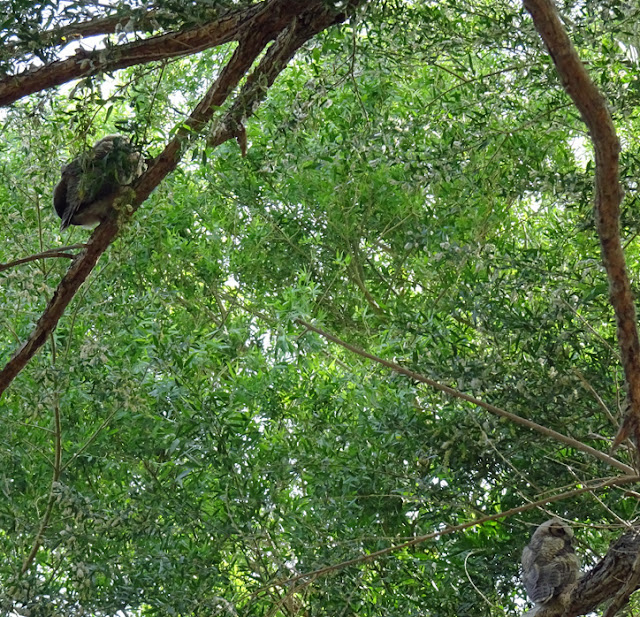 On both days managed to get in just over 10,000 steps in. Have also been working on a couple of new projects. And Bill is also working on his project. He likes the fact that it is warm early in the morning as he can comfortably work in the garage then.
Posted by Carol and Bill at 9:24 AM

Great blog post!! Your plants are so beautiful and the owls are terrific! Also loved the puzzle, reminds me of some of you photos from Mexico.

Looks like every day is interesting in its own way. Kathy