Sorry I haven't been around much lately. The slippery slope of being cooped up is getting to me.

Sunrise from a couple of mornings ago. Lately they have not been spectacular. But still a nice beginning to a day.  [wait till you read further - spectacular sunrise today.] 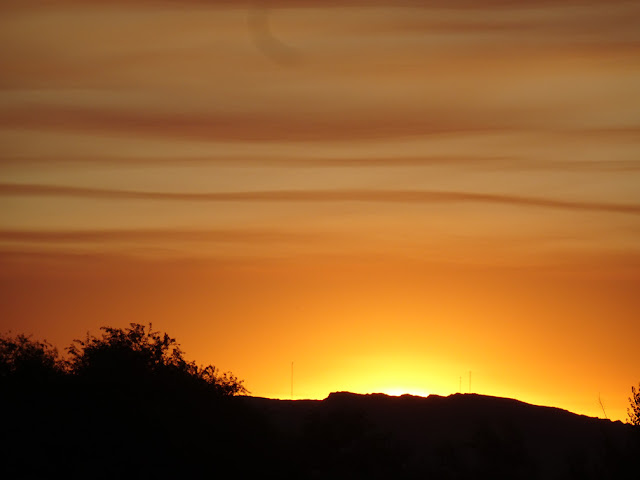 At least it has been cool enough when I get up that I can get out and walk some. Try to walk at least 1/2 hour and I walk not stroll.  One of the pretty bushes that loves the Vegas summer heat. 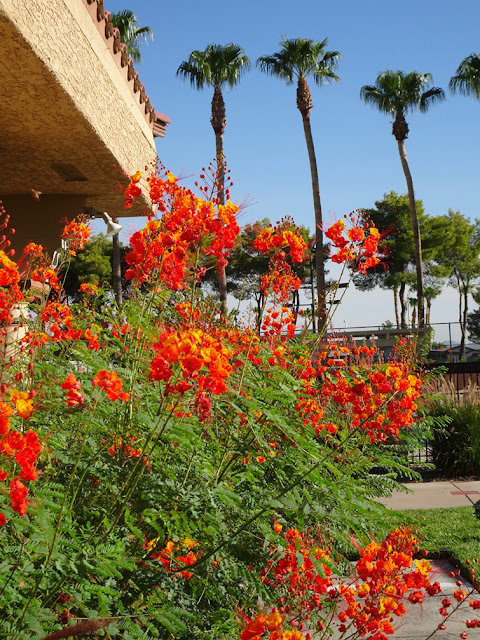 And another one that flowers all summer. 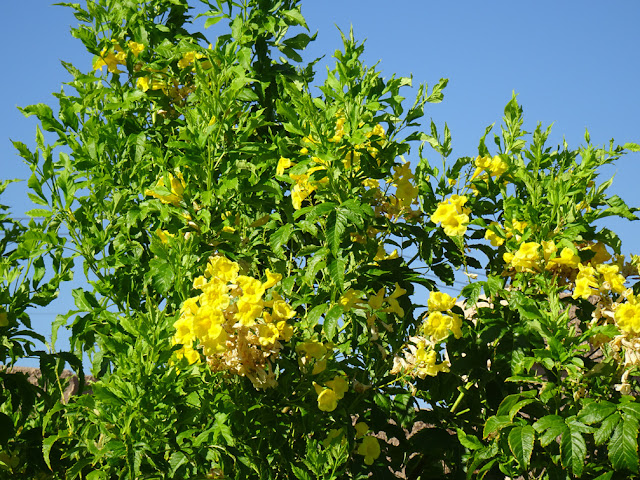 So I got out and walked, which for some reason gives me more energy during the day. So baked a bunch of marble [chocolate and white] cupcakes and used rest of batter to make a two layer tres leche [except I only used two milks] cake. Turned out good. I've mentioned before that my hands shake when I try to do anything. Well I didn't even think about it when I decided to make the cupcakes. Sure discovered quickly that getting the batter into the the little paper cups was going to be a challenge. Have never had so much batter on the cupcake pans instead of in the paper cup. Oh well good excuse to wipe it off with my fingers and eat it. 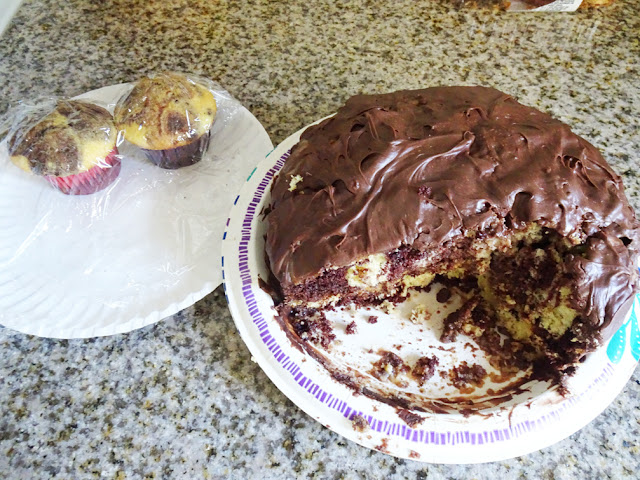 A sporting weekend. Soccer, Barcelona won so moves on to next tier of the UEFA Champions League. Hockey, Golden Knights won two games so are first seed for the playoffs. NASCAR and even the #18 car put in a good two races. Didn't win either but finished in top 6 in both. At least the car showed some speed. And this weekend he might have an advantage, he is the only driver that has driver the road course at Daytona before. He did it earlier in the year in the Rolex 24. He needs a win.

Continues to be triple digits here but low 100's for a few days. And best of all it is cooling off to the high 70's at night. Makes a big difference when the house isn't already hot when you get up.

Speaking of getting up - Bill was up and out early this morning and caught this beautiful sunrise. It is the first time in weeks that we have had any clouds in the sky. 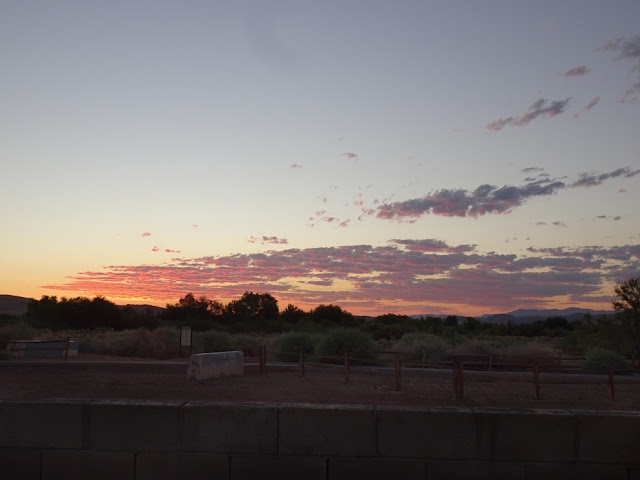 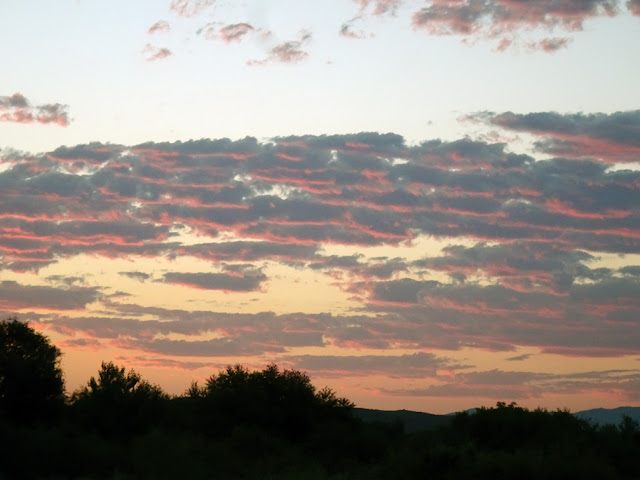 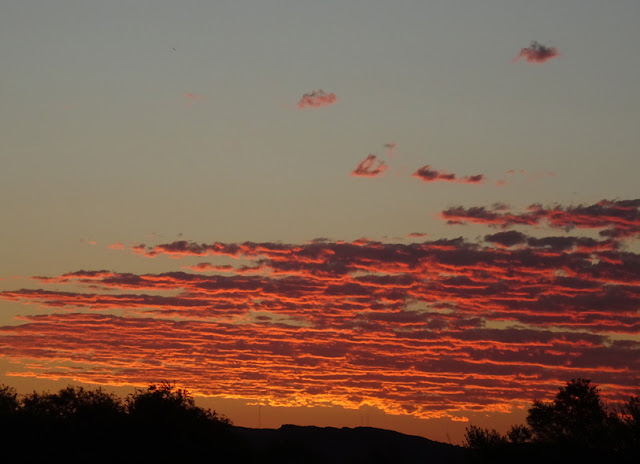 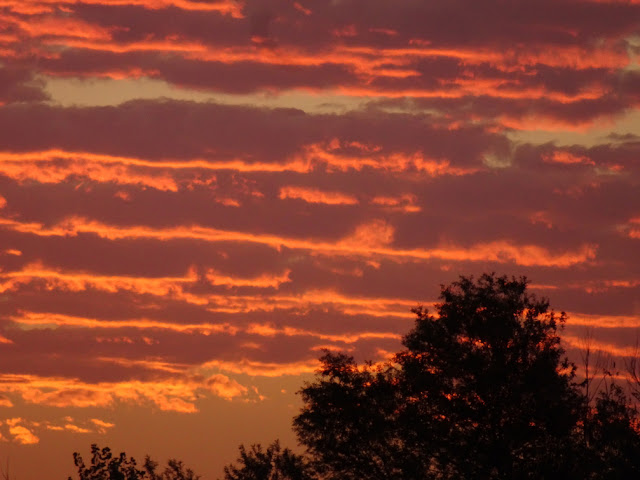 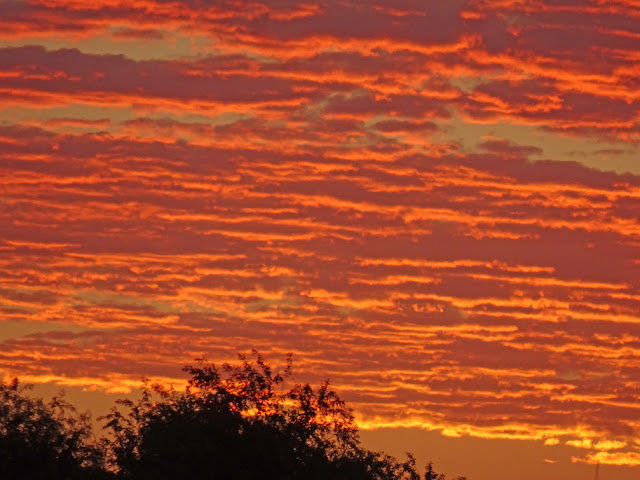 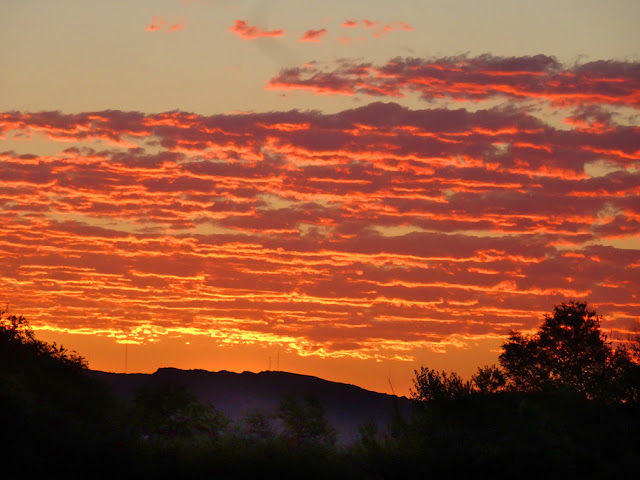 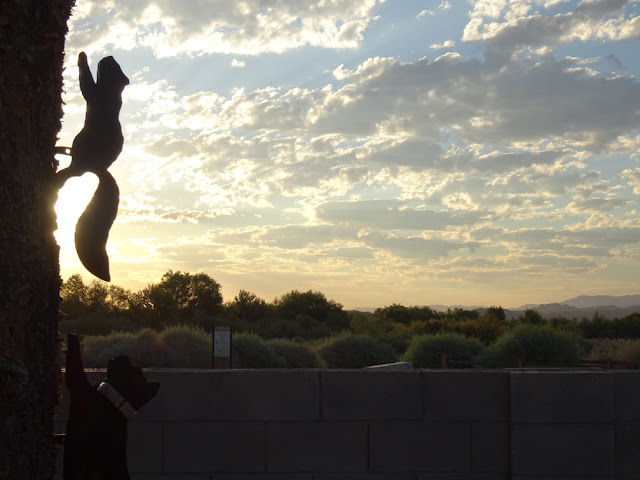 I started writing this blog yesterday afternoon and didn't post it because I thought I'd post about our wonderful salmon patties I made in the air fryer. Well notice there aren't any pictures. And they were barely edible. I forgot how stinky canned salmon was. Ick. Anyway they did cook and we did eat them. But throwing that recipe away!

Bill has figured out the perfect way to cook french fries in the air fryer and is cooking them and eating them as fast as we buy them. Even cooked some sweet potato fries [frozen] that turned out really good.

Did another puzzle - all donuts, made me hungry every time I worked on it. 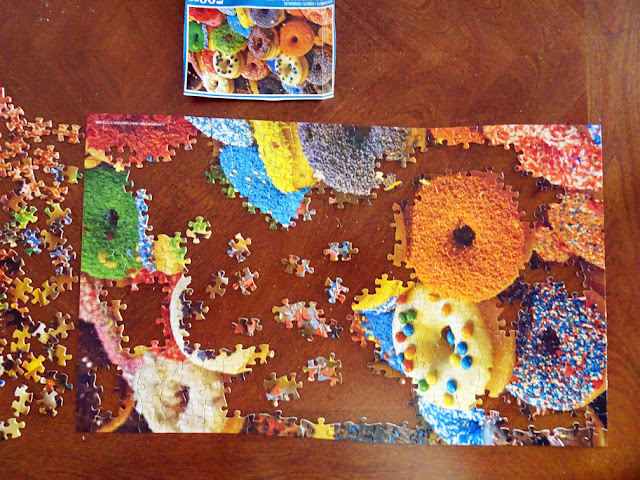 Hum... I do not know why this is adding spacing between the paragraphs. 😡 Just discovered the symbols...

We get out masked, but not as much as I'd like. Trying to be sensible and limiting our external contact.