We finally got some rain - after 180 days without.

Actually we have had rain here at the house a couple of times, but the OFFICIAL rain meter is at the airport and it hasn't had any rain until Wednesday. An intersection we always go through on our way to WalMart, just a couple of miles from the house got 3/4 of an inch of rain Thursday. In fact the mall by there lost power for three hours. And here is our rain. Not a whole lot but more drops then I wanted to count. Actually it did rain more about 10 p.m. and steady for a while. You know you live in Vegas when you go out to count the rain drops. 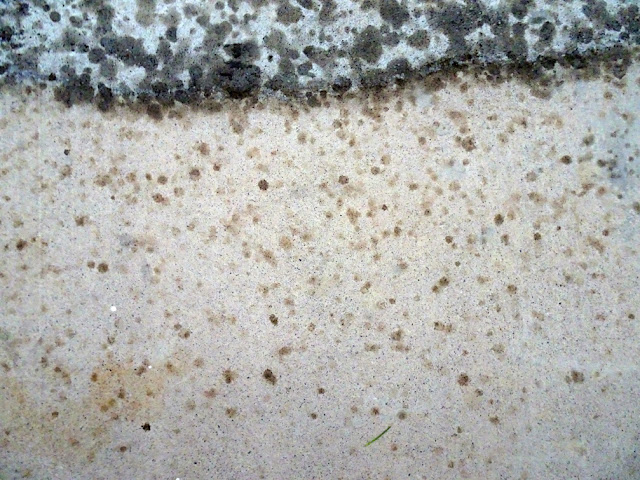 Looking to the south of us towards Henderson. Some lightening and loud thunder. Guess they were getting a real storm. About 4 in the afternoon. 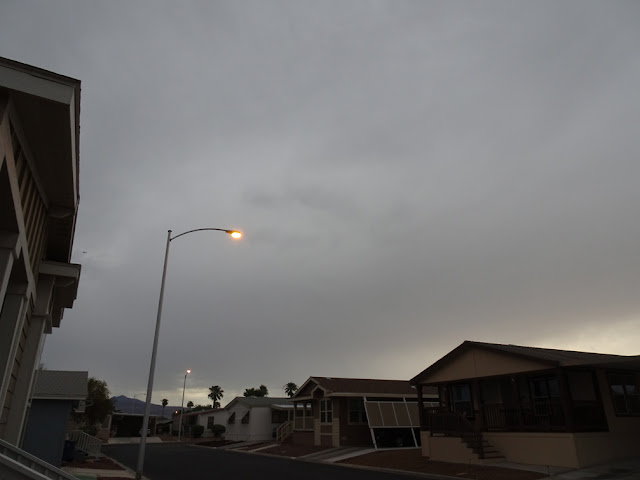 About 7 p.m. I happened to look out back and see this pretty rainbow over the Wetlands east of us. 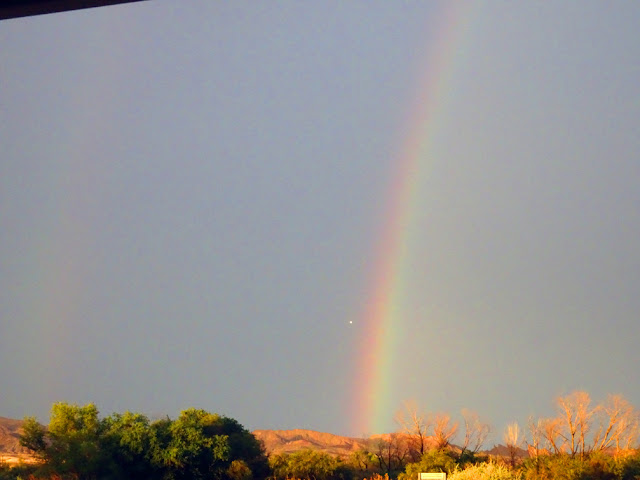 The sky looking north was a strange orange color with the setting sun and clouds. 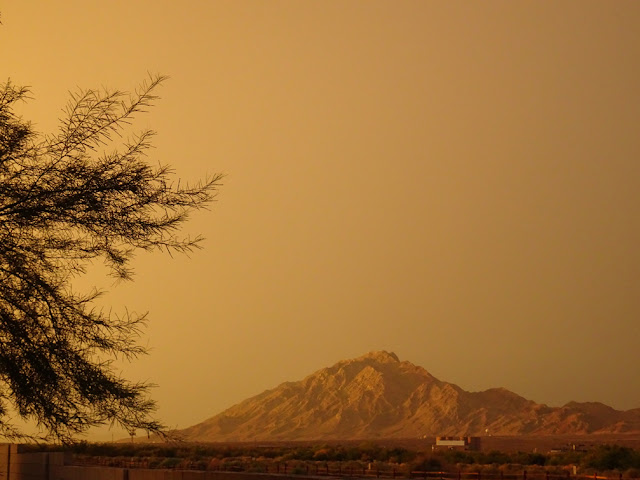 One of the lantana plants in our back yard. It used to be covered with yellow flowers. The darn pidgins have been eating the flowers. They have never in all the years we've lived here done that before. Stupid birds. 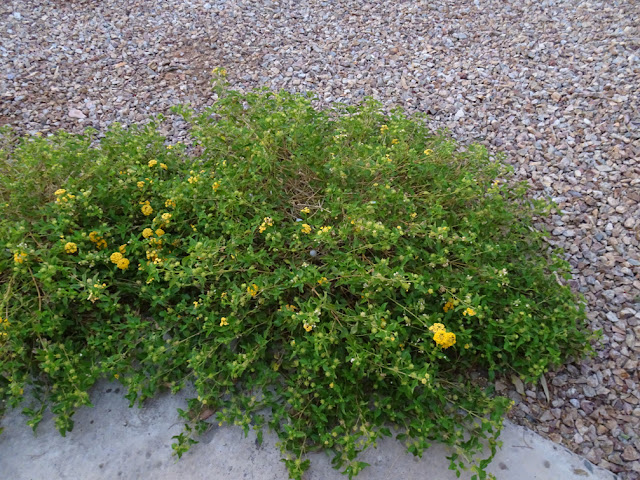 They are working on the edges of this one too. 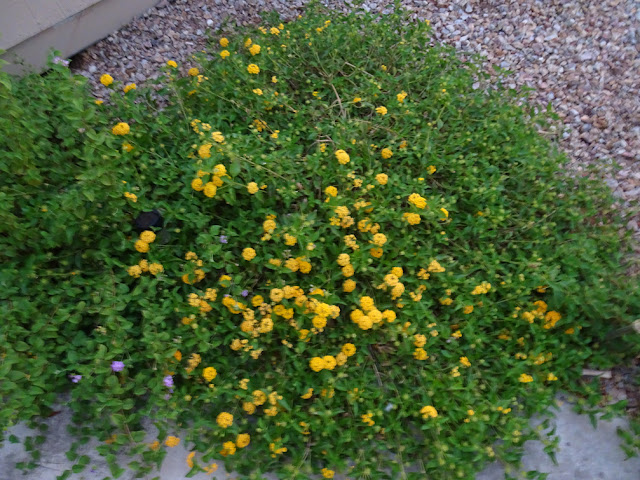 Yesterday afternoon got some aggravating news. a medical test of Bill's that was supposed to be done the 18th has been cancelled because doctor's office does not have approval from the insurance company yet... Got a hold of them "they who make the decisions" and was told they don't have to make a decision until the 22nd!!! So test has been rescheduled for the 25th. Sure hope all the paper work is done by then. Want to find out what is going on and if something needs to be done. If our doctor would call "they who make the decisions" they would make it sooner, but wouldn't you know doctor is on vacation.
Bill continues to feel good and I continue to feel mean. Don't know if it is the being cooped up here or the heat or just my natural personality coming out. I feel like I want to do something different...what I don't know. Maybe because one of our sons is in Greece and the pictures are amazing.  Travel itch maybe, but with doc appts can't go any where.
Next week we have a contractor coming to fix a couple of boards on the front of the house and one of our windows where the paint is peeling. Try to get things done before Inspection time again.  Today I walked in the house, need to do something as two of my LOST pounds seemed to have found me again. Darn them. It gets boring quick to walk in a circle around the rooms. Every once in a while I have to change directions 'cause I get dizzy. Only got in 5000 steps, but still have some time to do more before plopping on sofa to watch TV. Also started another wall hanging. Managed to cut one piece wrong three times. So stopped working on it.
Rained in a few places in the valley yesterday, but just in the mountains today. Still hot 108+ for the next week.
Posted by Carol and Bill at 4:37 PM

It seems to me that you should move to where the weather is more moderate. Being cooped up inside can't be a healthy thing for your mind or health. Have you and Bill ever considered that?

Darn doctors and the medical insurance systems. It all just adds to your stress levels. I too have walked in the house in circles ( many years ago ) and found rather boring. Kudos to you for even trying. Why don't you go to one of the large malls and walk inside>

It is called CABIN FIVER, and I for one, can't wait to get the hell out of here!!!! You are absolutely right Kathy! Bill

Hi! My question is "off topic". I want to get a multi-pack of puzzles like you get...for my 8 year old granddaughter. Please could you tell me where you get them? Thanks...Hope you are feeling better. I miss your posts.

Kathy - No more moves for us - getting too old to do it again. And this is one of the few places Bill doesn't have any allergy problems with his breathing. The heat we learn to live with. Usually we try to get out of here the worst of the heat but too many doc appts to do that this year.
Contessa - The walking in the house didn't last long, just a couple of days, might join a gym with one of my friends. Still fighting with insurance and doc - procedure has been denied so not sure what will be next.
Barb - I buy the multi pack puzzles in WalMart - usually around ten to fifteen dollars. They have lots of Disney multi packs, not sure of the price of them.