8:03 a.m. and it is 99 - only going downhill from here. Bill has an appointment with the optometrist at 10:30. Should only be 108 by then.
First the fun stuff. They are really moving on setting up the new house across the street. The truck moving the pieces closer together. 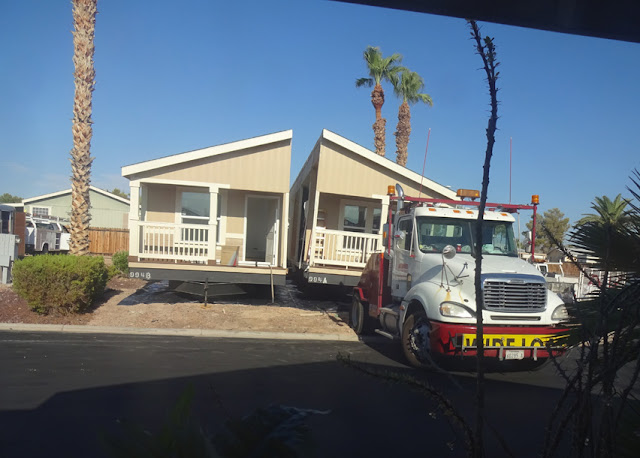 Working on stuff under the house. Can just see the guy on his knees by the right side of the thing. 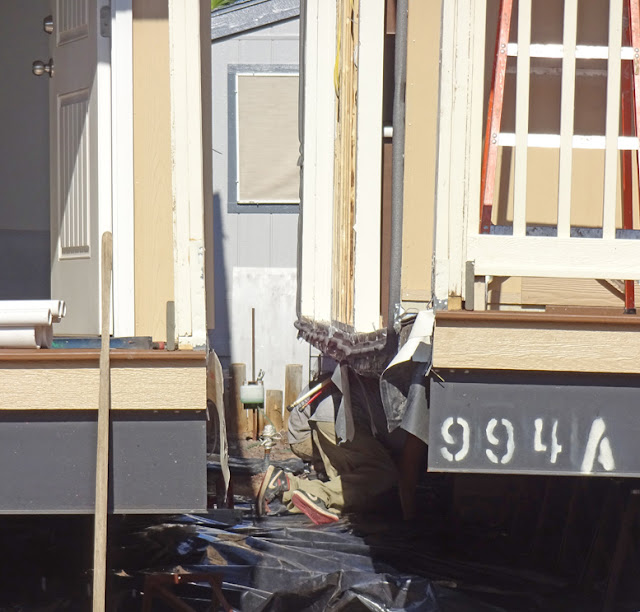 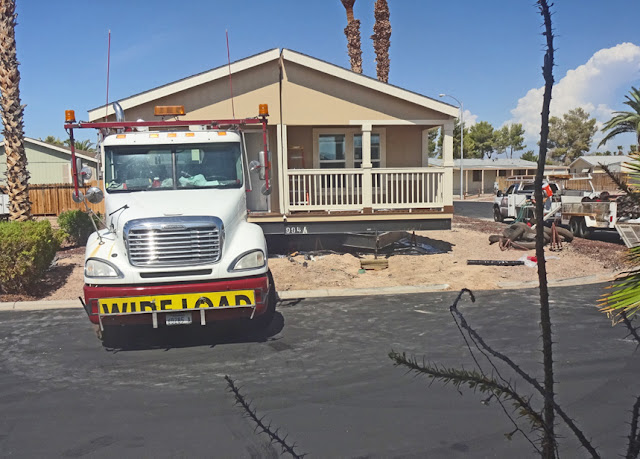 All the axles and wheels off. 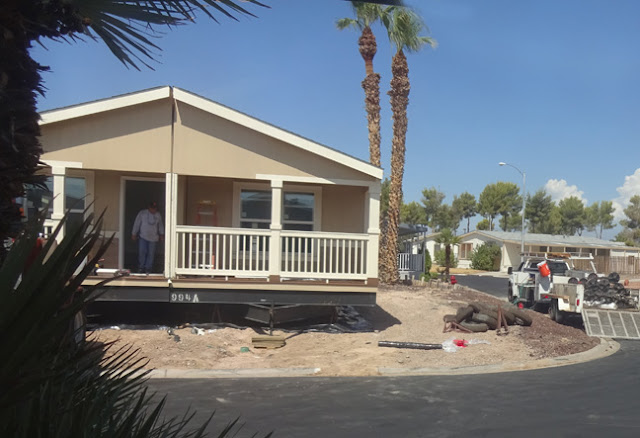 By the end of the day - it is together. They capped the very top of the roof. So it wouldn't get wet inside. 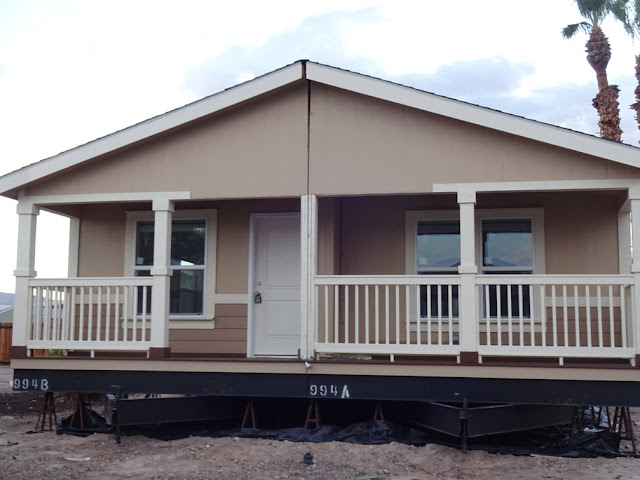 Will take about a month to have it ready to sell.
Which was a good thing as we had a couple of major storms the next few days. MAJOR. Just building up. 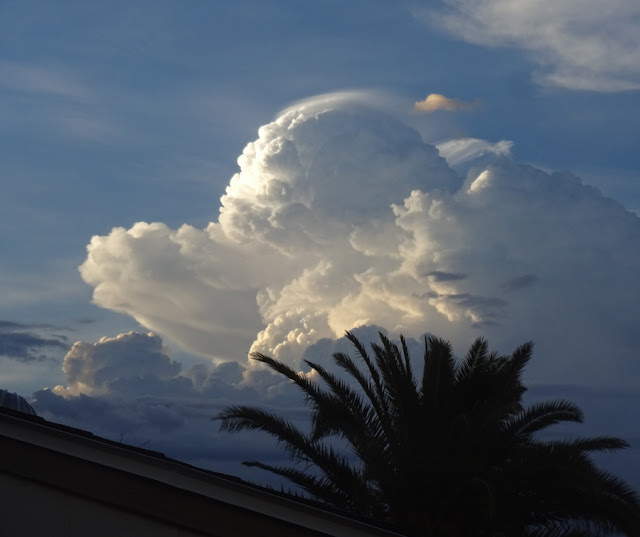 We did get one pretty sunset. 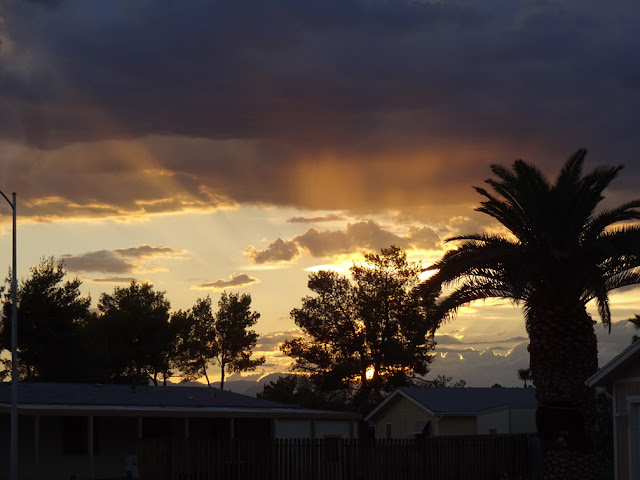 We've had two or three storms with heavy winds. Gusts over 65. We lost the vent on our garage. Found part of it down the street. We also had a major dust storm. Couldn't see the Wetlands dust was so bad.
Another storm starting to build up. 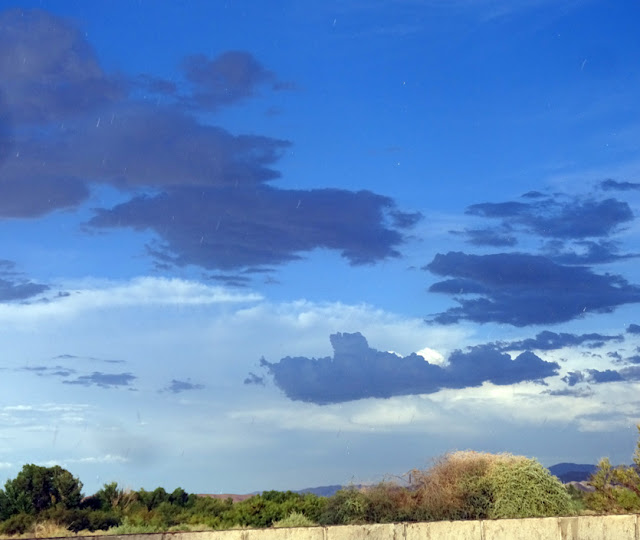 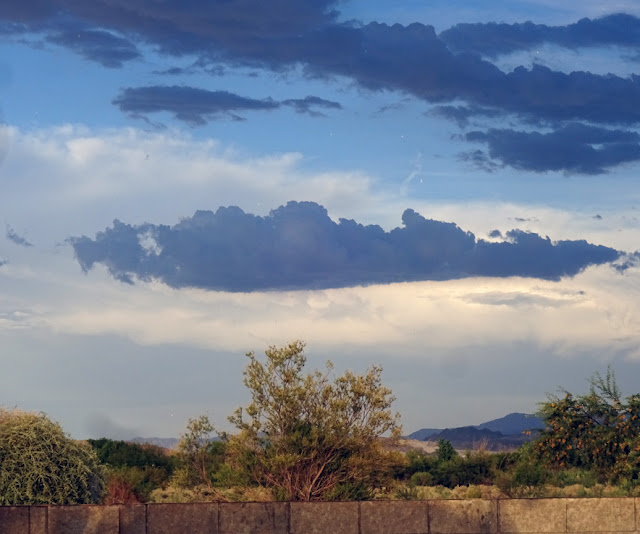 One of the bigger storms took out 31 power poles on Boulder Highway not too far from where we live. [Came home that way today and north bound side of highway is still closed with wires about 2 feet off ground.] 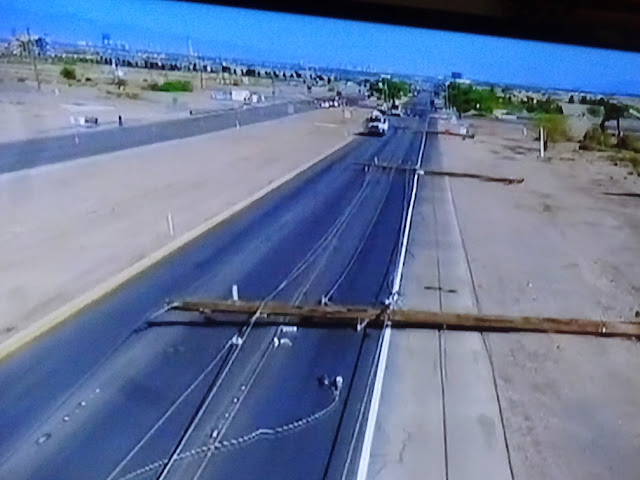 This was the dust storm. Bill has had to tie the little Palo Verde to the pine tree as it was almost blown completely over. Have hired a handyman to put up the new vent in garage. 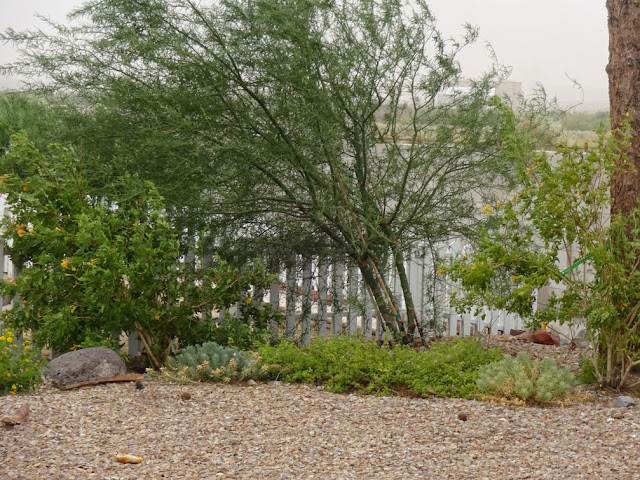 Bill was on the top step of the ladder checking out the vent hole. 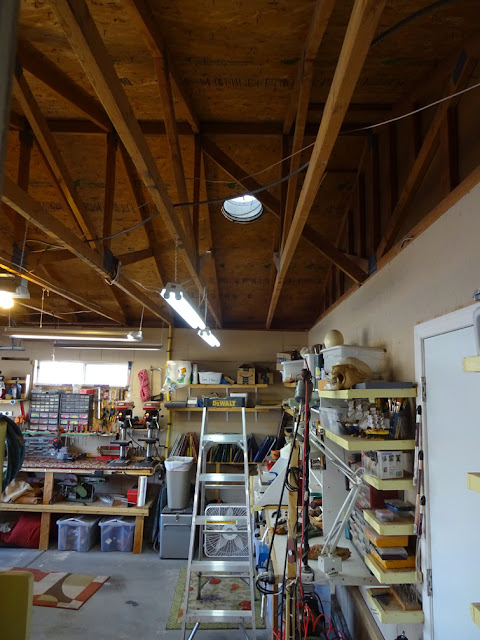 We have had a couple of interesting doctor appointments the last week too.  One was extremely stressful.
The clouds are building up all around the valley again. Last night we were without power from about 7:30 to 9:15 - amazing how quick it heats up inside. And it was still near 100 outside with, of course when you want some, no wind.