A different weather forecast for Vegas. Lots of rain showers popping up over the valley for the next seven days. 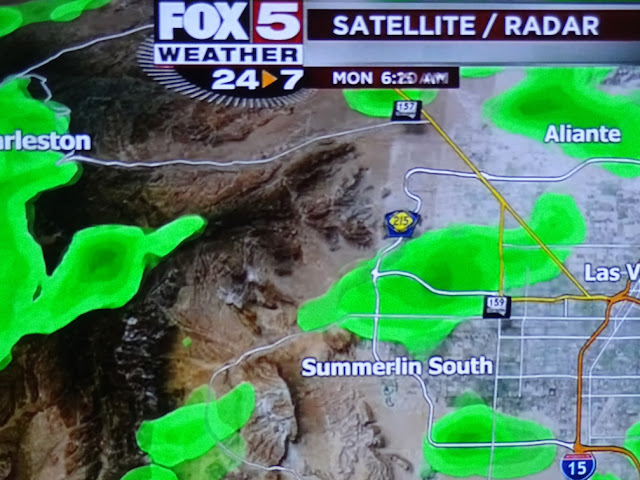 So far we've only seen sunshine, but can see the rain north of us. At least the clouds are cooling us off some, in fact, we will even have one day below 100 - goody. BUT with the humidity higher it feels even warmer. Ick. 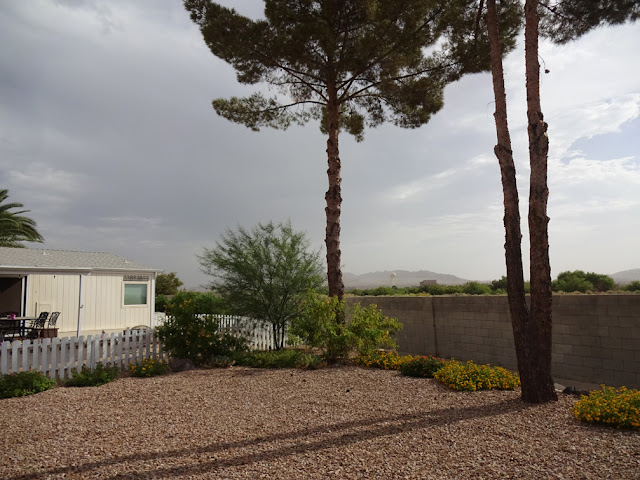 Been staying home lately. Partly because of the heat and partly watching sports on TV. And what turned out not to be repaving, but instead - just what amounted to repainting the streets. We were told it is a seal coat. Okay.
I hate the NASCAR Daytona races. Of 40 cars starting race only 18 finished. Millions of dollars wrecked. Glad to see the young Eric Jones win though.
I did make chocolate chip nut cupcakes and paella for dinner though. Both turned out yummy. And we have left overs for tonight!
Today we'll brave the heat to go to market and put gasoline in the car. Price of gasoline seems to be going down a bit here. Saw some for under $3.00.
Yesterday there were a couple of strange flying objects in the air over Las Vegas. Saw this last night. [Both videos have sound.]
Not to get excited it is only one of Bill's drones with new propellers. The header is when it was 250 feet overhead. 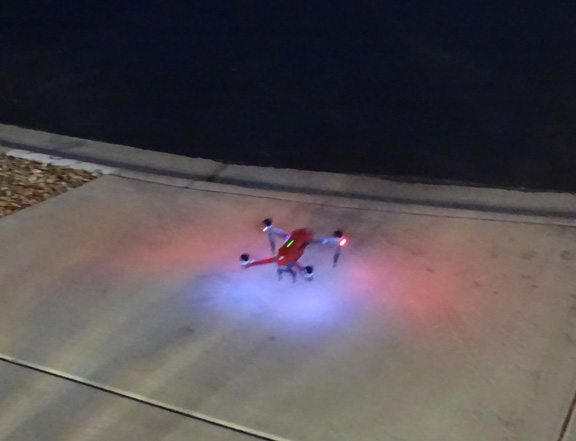 And then this object flew over the fountains on The Strip. I spent about three hours watching him jump cars, buses and Caesar's fountain. He made them all fine. Got to be a little bit nuts. Travis Pastrana in the air. I stole this from the TV so Blogger will probably delete it or at least send me a nasty note.

He deserved this burn out. Amazing ride. Crazy but amazing none the less. 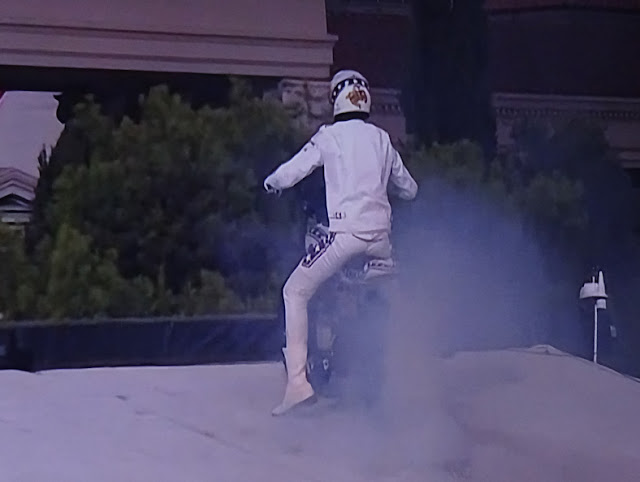 Lifted this off Facebook, our youngest son - according to him his "first hole-in-one in 30 years of golfing." 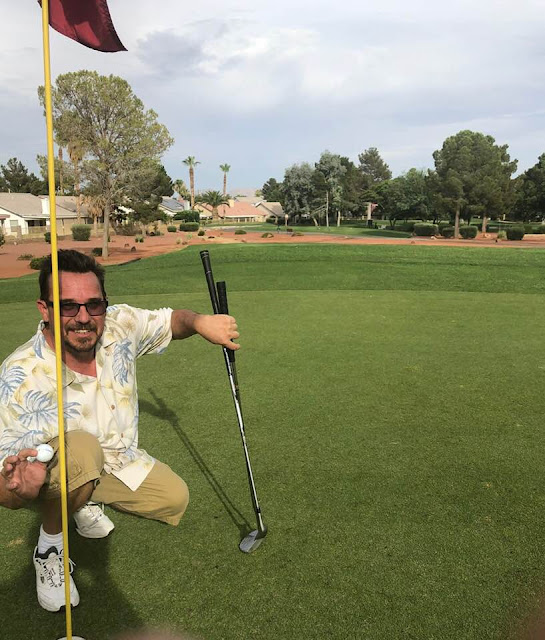 Now out to brave the weather will we have sunshine or rain?
Posted by Carol and Bill at 9:18 AM

You are going to cause all sorts of UFO sightings! I made my reservations today for Willow Creek Marina, south of the dam on the eastern side of the river--one of my favorite campgrounds. Will be there in December and January. It is part of Lake Mead federal site but run by a concessionaire, but still only $25 for us seniors with discount. Also going to spend a couple of week-long periods in Valley of Fire in those two months! Judy

hopefully weather will be nice then