We went to Smith's grocery the other morning at 7:30 - just as you go in the door there is a little room to the left with slot machines. It already has customers. 7:30 a.m. in a grocery store. Will never understand that. 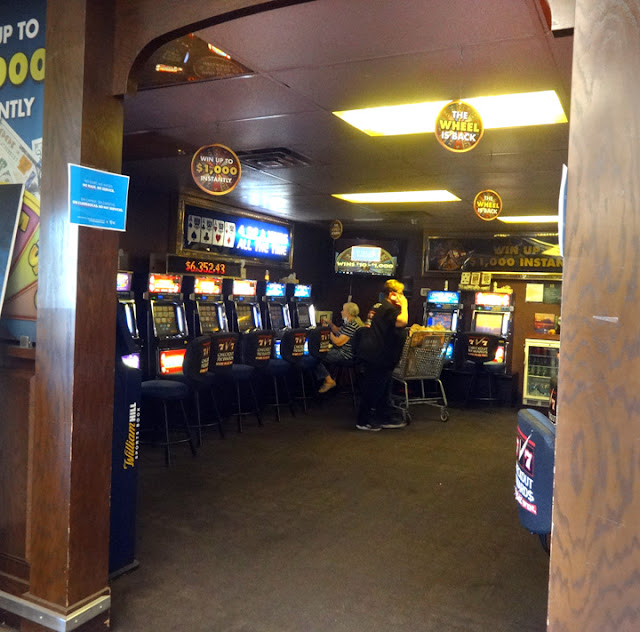 Bill has a new toy, as far as I understand it hooks to his phone and makes taking pictures and videos easier. It keeps the phone steady while filming. It looks pretty cumbersome to me. 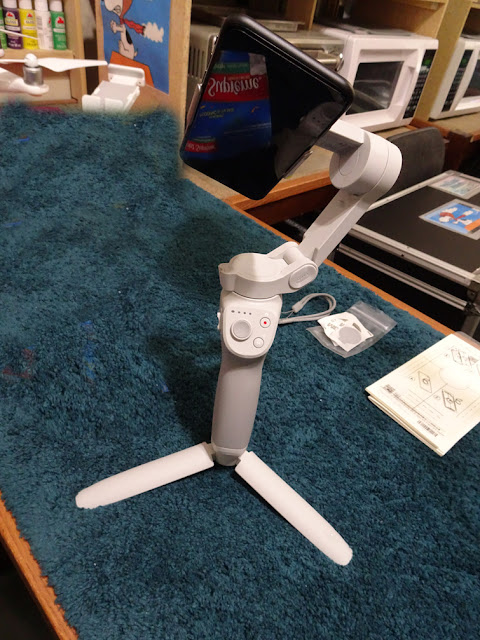 The other night the sunset was very pretty looking east but nothing looking west where the sun was setting. I always enjoy the colors over the desert. 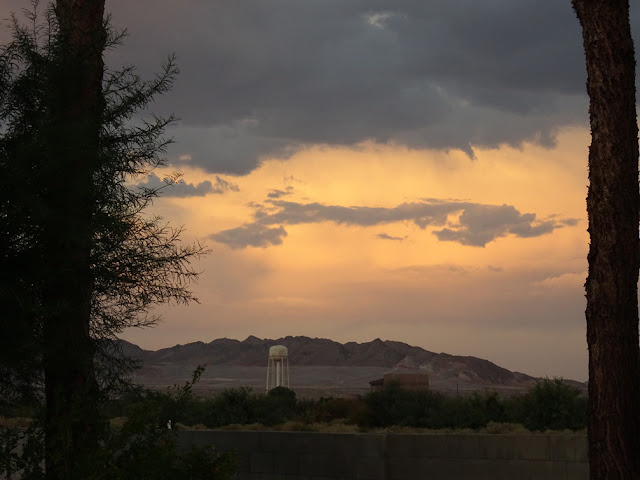 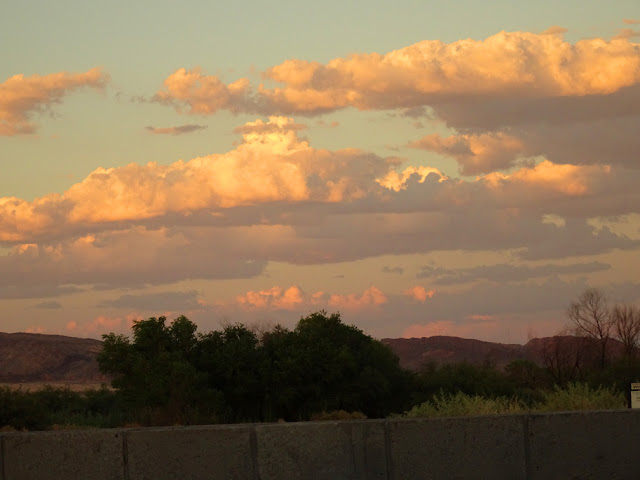 We both are trying to keep busy, him with his toys and cooking. Making chicken milanese. He makes it in big batches so he can freeze it for sandwiches. Also for dinners, microwaves really well. 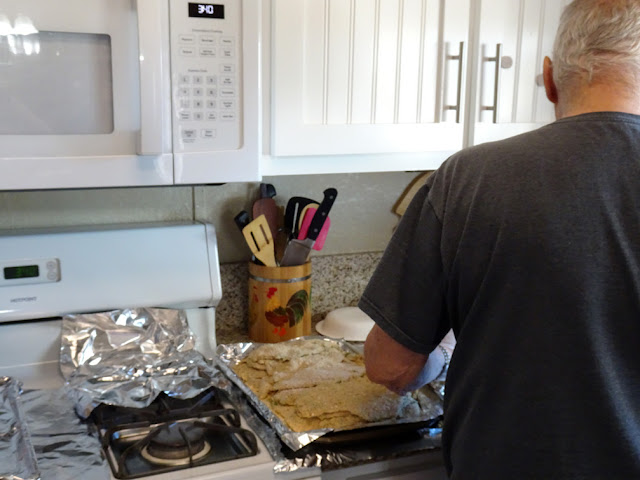 I have started on a new quilt it will be a present for a friend in Mazatlan. When I asked what her favorite colors were I was surprised to get the answer - black, burgundy and blue. I'm having to fudge some with the burgundy - using some dark reds. The blocks are made with strips of material sewn on the diagonal. But not matched up strip to strip. 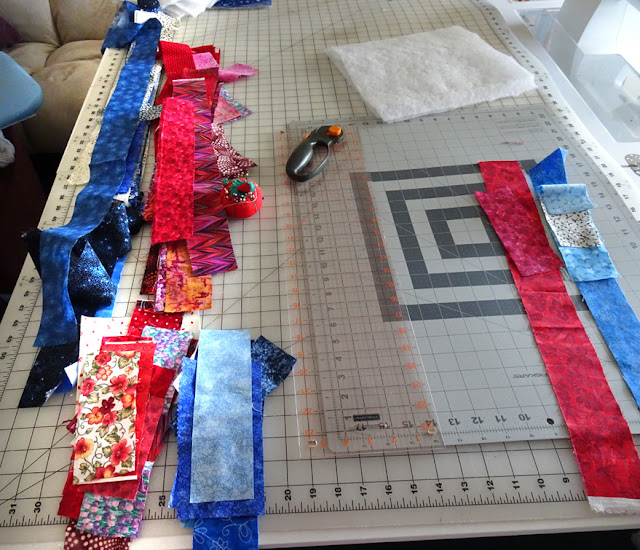 Four smaller blocks make up one large block.  As you can see the colors and the placement of the strips don't make perfect chevrons. 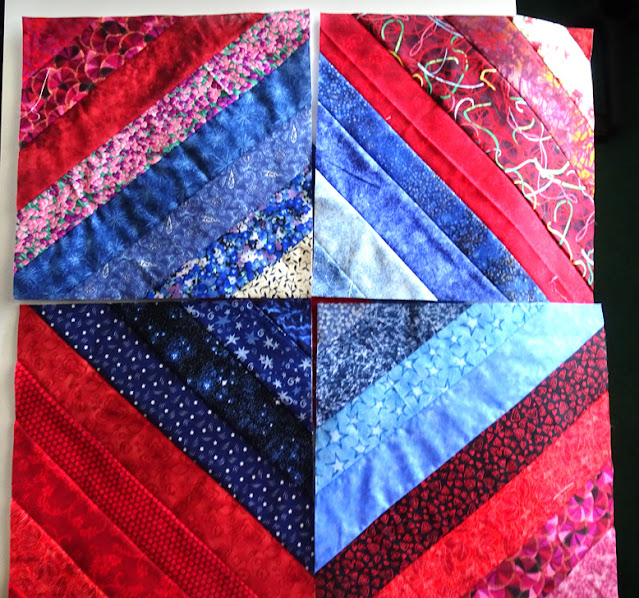 I have quite a few done, but have lots more to finish. The strips are sewn right on to the batting then fused to the batting. It is turning out to be more work than I originally thought it would be. I've managed to screw up a couple of the smaller blocks, got the strips way off on the angles. 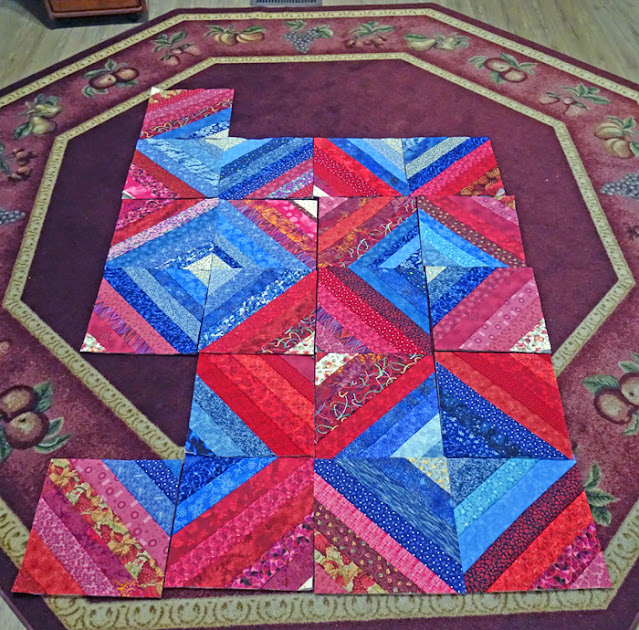 I'm also continuing to work on the puzzle that is of bread, rolls and buns. When I posted its picture last week I had a little bit done. Don't have much more done now. And I have been working on it every day. Just not finding pieces. It has reached the point where it is not fun, have come close to just putting it back in the box. But not quite yet. I found five pieces a little bit ago. 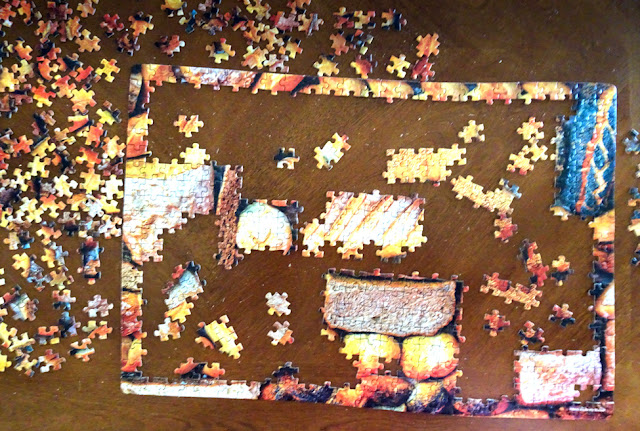 Weather has finally changed. Not supposed to reach 100 tomorrow AND we might get some rain. Going to call the lady I walked with in the spring and see if she is still walking. I really need to get out and do that.
Bill went to put the garbage out the other night and ran into two BIG raccoons next to the garage. And a neighbor told me they had seen a coyote walking down the street. We haven't seen the bunnies lately. Maybe the coyote found them. Hope not.
Time to post. NASCAR truck race tonight.
Posted by Carol and Bill at 3:32 PM

That quilt pattern is quite striking. The colors really show it off beautifully!!

Always remember the shock of seeing slot machines in grocery store first time I visited LasVegas 50 plus year ago!
Quilt and puzzle are coming right along nicely - you sure stay busy!

Nancy - the picture doesn't do it justice, turns out the colors she picked really do go good together.
Sandy - try to keep busy if I don't time really drags. And nothing on TV - except weekends races and soccer.