Well where to begin? Just noticed the date. Today would have been my Mom and Dad's 83rd anniversary.

Back to last week. The eye doctor's office never returned our calls. Finally went on line for a doctor to get a prescription for antibiotic eye drops. After the shot in the eye for macular degeneration Bill's eye hurt like the devil for several days. Called the eye doctors office, they said they would call right back. Never heard from them. By Saturday his eye was oozing a yellow discharge. Still could not get a hold of  eye doctor. Anyway got a prescription for eye drops and he is much better now. Discharge has gone away and eye has finally stopped hurting.

As for me - I went to the cardiologist and was given the thumbs up. All my tests came back fine. My heart and veins are fine. No medical reason for higher blood pressure. Am on a new stronger pill. And will see him again in the spring. A relief. Personally I think it is the stress of being stuck at home inside. The weather has finally cooled down some, at least at night and in the mornings. And for a few days the air has been without smoke. This morning I took a 2.4 mile walk in 40 minutes. I know that isn't record breaking, but I'm happy with it. Also we've gone out to stores a couple of times.

I love Smucker's Strawberry Jelly [lot of jam out there, but don't like it, nor do I like other brands of jelly] and it is impossible to find in the grocery stores any more. Bill spent a lot of time on the Internet and found these last 12 jars in existence and ordered them for me. Gotta love that! 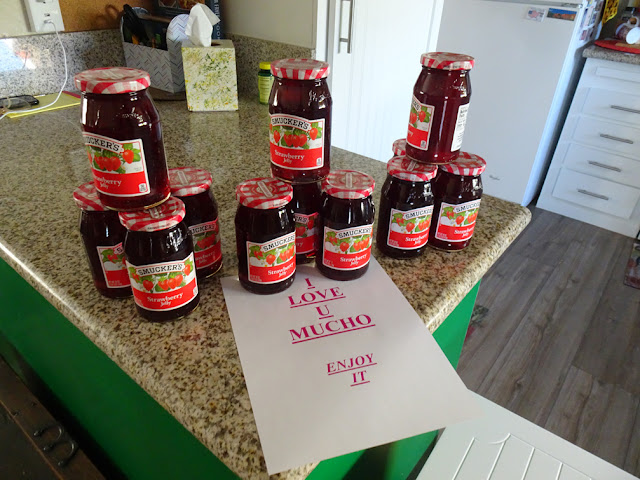 I didn't know he'd ordered them so imagine my surprise when he called me out to the kitchen to see them. 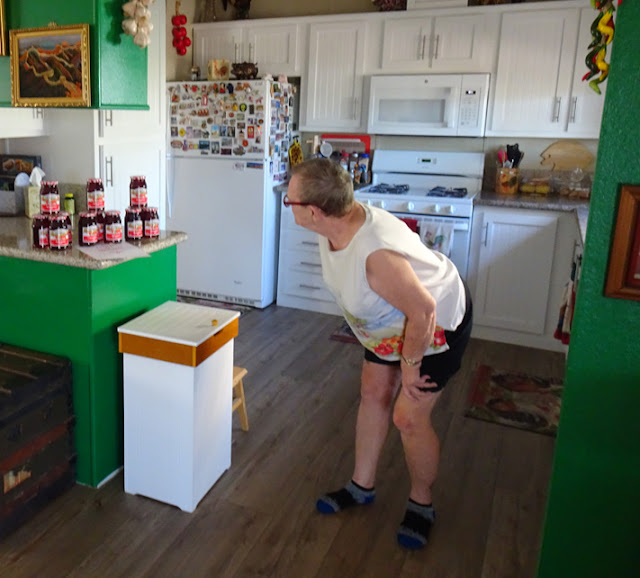 And - on the way back from the doctor's office we stopped at Little Caesars Pizza for a couple of pies. Haven't had any since we had Little Caesars in Huatabampo. It was better there! 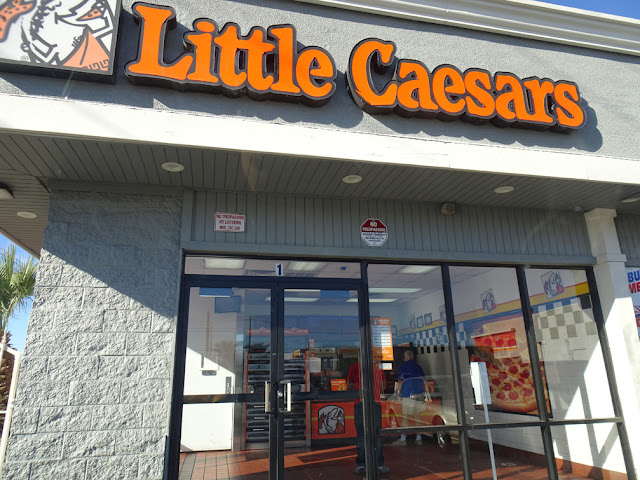 Also got a new box of puzzles in the mail. Again Bill ordered them for me. Good thing it came as I was down to the last puzzle in the last box. 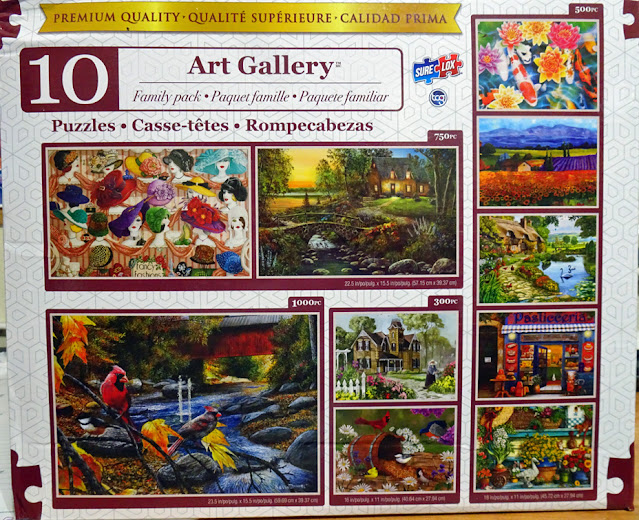 This is the last puzzle, just started it yesterday. Not as easy as I thought it would be. See the picture in the upper right corner. 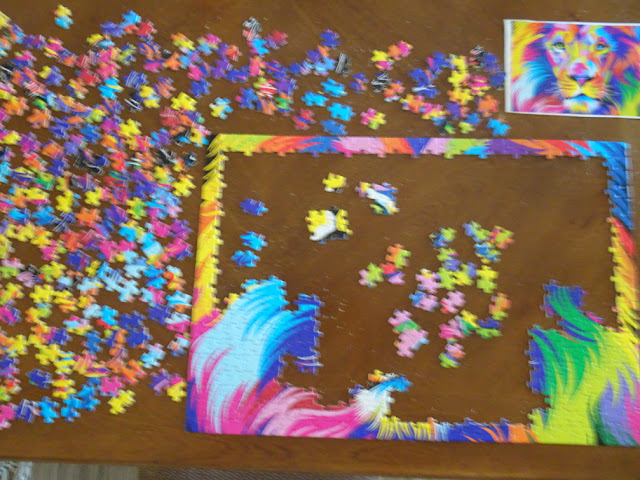 After wearing our masks this week I decided I wanted to be able to take the mask off and let it hang around my neck while we were in the car and between indoors places. So took a beaded string I'd done when making the necklace, it was extra, and put some alligator clips on it. 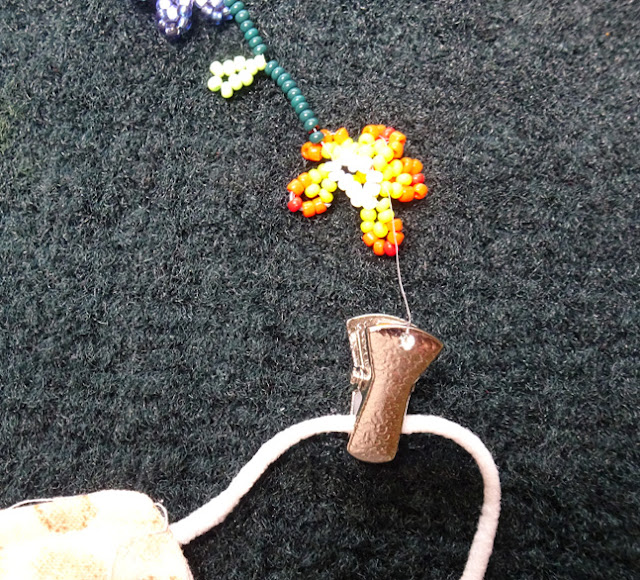 Yep - that will work. And I can change it from mask to mask. 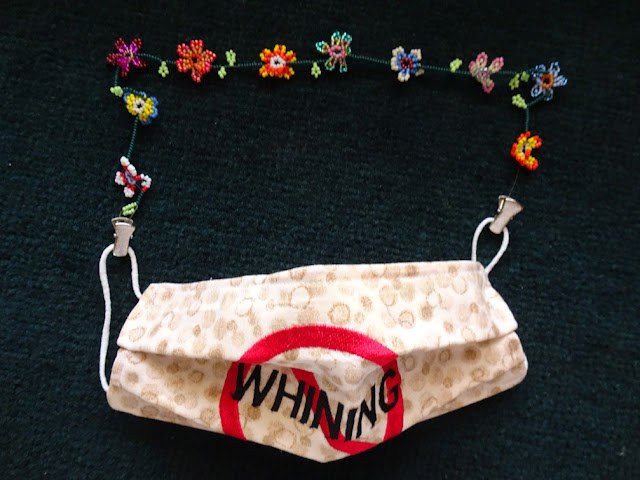 Speaking of masks, I was also bored enough that I drug out some sewing. Thought I make a different style mask. 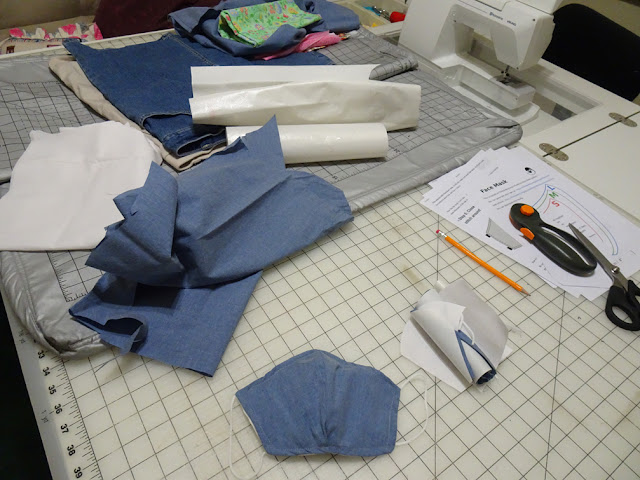 How it turned out. Actually fits pretty good and I thought it was easy to make. But when I tried to make a couple more, they ended up in the trash. Did not fit at all. Don't know what I did different but not going to waste any more material. 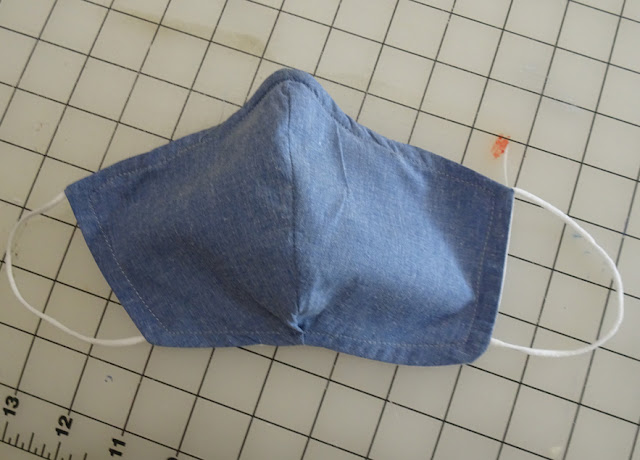 Now you know I was really bored. Made some banana bread and muffins from scratch. Good old Betty Crocker recipe, some how, some where, I lost my Mother's wonderful recipe for banana bread. This one was good but not near as good as her recipe. 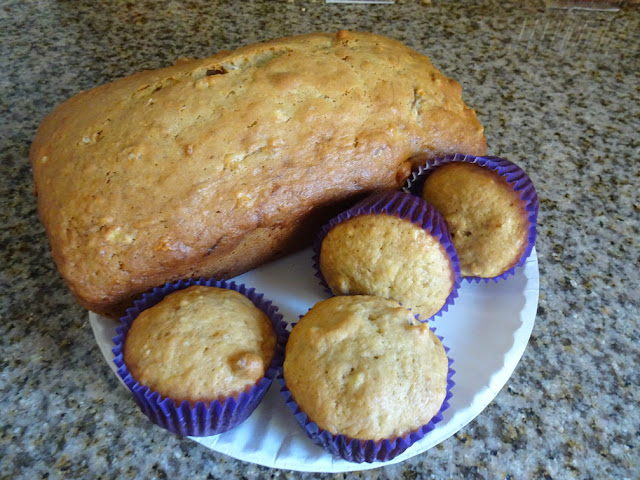 So back to the mask making. There was a lot of NASCAR racing on this weekend so I sat and sewed while watching/listening to the races. Again not a good weekend for the #18. But the masks turned out really good. Just want to make sure we have enough to keep changing them between wearings/washings. I know we can buy some, but I have the material and the time so... 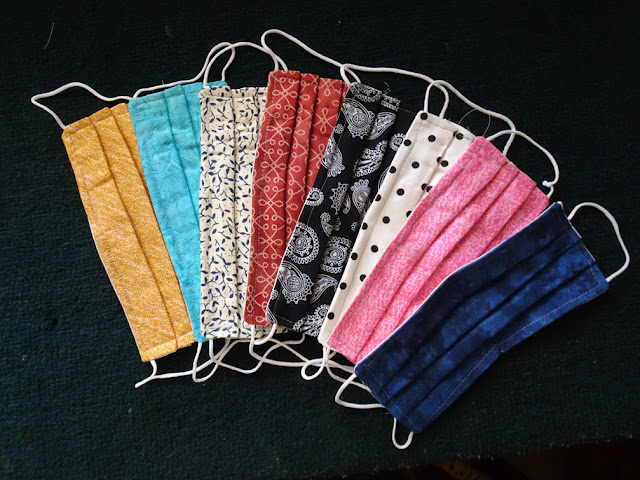 Other than that not much going on. This week two doctor visits, one for Bill and one for me. Hopefully except for one next week too, for both of us, we will be done with that nonsense. Just need to get flu shot but the pharmacy was out of the old fart shot last week.
Until next time...
Posted by Carol and Bill at 4:57 PM

Aw...."Bill done good"! That was really sweet of him to track you down some jelly. I like your masks

So glad too hear that Bill eye is getting better and your tests have been positive. I like the No Whining mask.

Sandy - yes it was great of him, when I asked him how much they were he just told me to enjoy them!
Mark - one more doctor visit for Bill this week. Hope he is in good shape too as he is already packing!

Can't wait to see you both and spend time with you guy's in Mazatlan. My countdown clock is running.

I'm excited you guys are getting so many things done. When are you planning on leaving for MX? Hugs......

Doug and Nancy - Bill says we will leave home Nov 4th - be in MX in about a week after that.

BIG sweetness points for you, Bill. Tim said to cut that out...you're making the rest of the guys look bad. I say keep it up. Lucky you, Carol!

Carol, I just found an app for puzzles. Lots to choose from and you can pick how many pieces you want for each one. I am addicted! Might be something you want to try when you are in MX and don't have space for a real puzzle.