Heading to Rachel on the Extraterrestrial Highway

Here is our entire trip home to home. About 500 miles. Most of the roads were two lane secondary but in pretty good shape. The town of Rachel where we were headed is at #5. 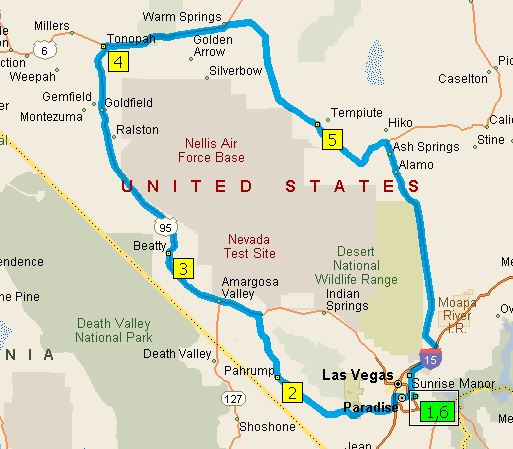 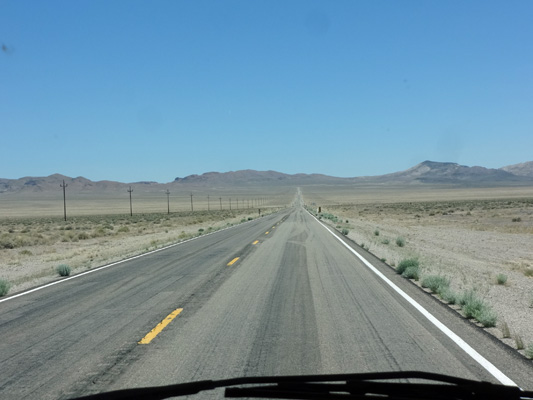 Didn't catch the sign. I guess something to do with the air force base. 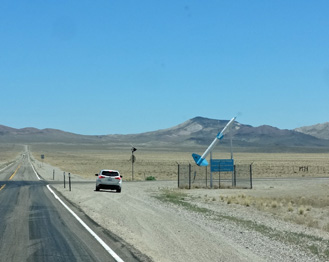 By now we were driving through the Toiyabe National Forest. See all the trees? Neither did we. 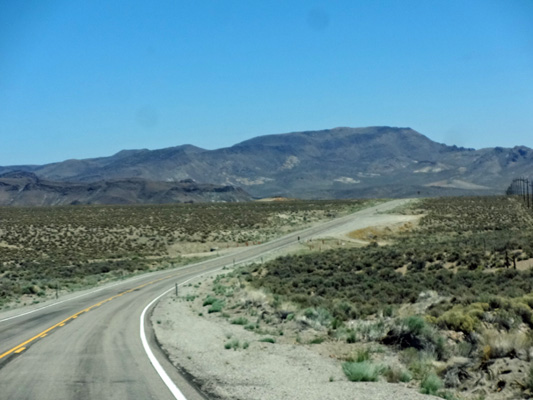 Open range signs. And they meant it. Saw lots of cattle beside the road. Thankfully none of them ventured out in front of us. 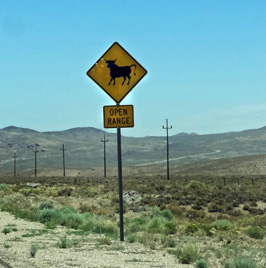 You can see the front passing through Nevada. The winds had really picked up, battering the RV around. Glad there was very little traffic on the highway. 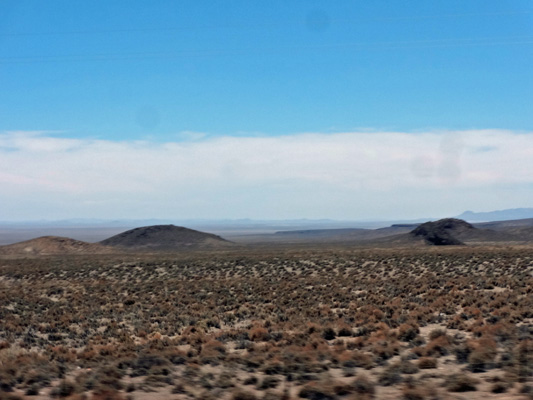 No idea what this was, X marks the spot? We also passed many signs stating "Watch for low flying aircraft." Too bad we didn't see any. 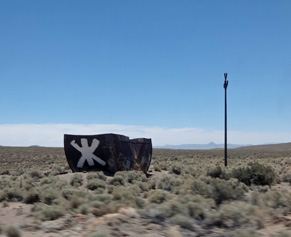 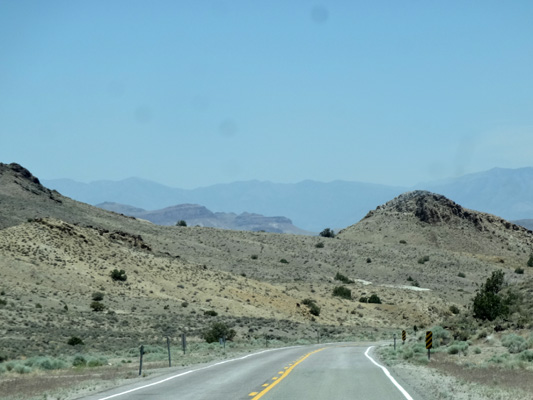 Nevada State Highway 375 stretches for 98 miles from US-6 in the northwest to US-93 in the southeast. It crosses three large high desert valleys in south central Nevada: Tikaboo Valley, Sand Spring Valley and Railroad Valley. Except for a couple of ranches, the town of Rachel is the only settlement along the way. And this is where we were headed when we left Tonopah. 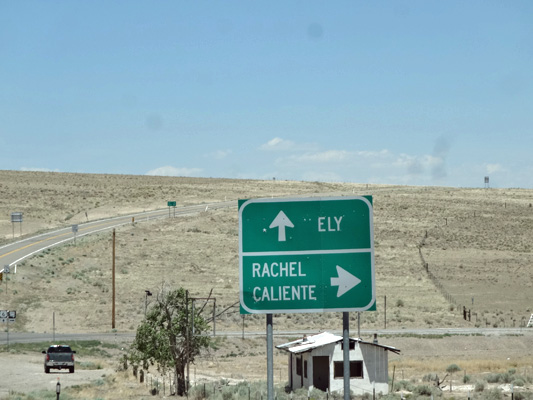 In April 1996 Nevada State Highway 375 was officially named the Extraterrestrial Highway for the many UFO sightings along this lonely stretch of road. The highway is close to the mysterious Area 51, a super-secret Air Force test facility, and in the 1980's and 1990's there have been many sightings of unidentified objects near the base. Even today visitors and locals alike often see strange lights in the night-sky while driving down the highway. Most of the E.T. Highway is open range. This means that there is a good chance that you will see some cows crossing the highway, or standing in the road. 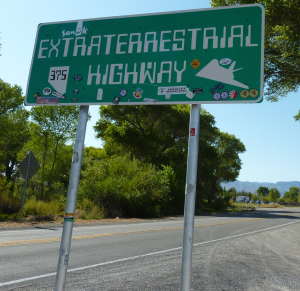 N idea what this was, right at the intersection of the 375 and 6. 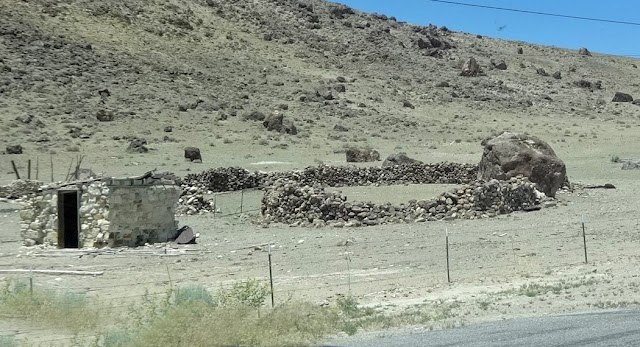 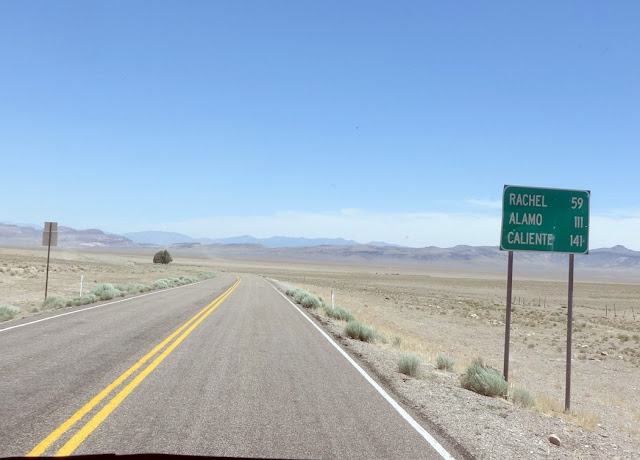 Cattle beside the road. Lots of calves too. Also saw a couple of deer but they were too fast to get good pictures of. 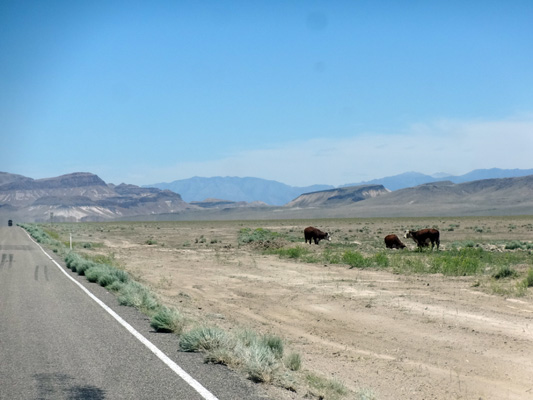 All of the sudden the desert was green and there were trees. 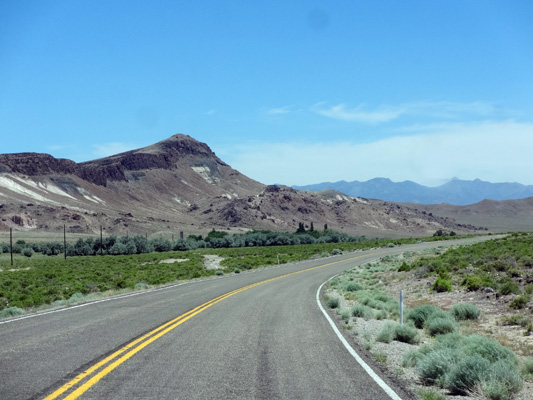 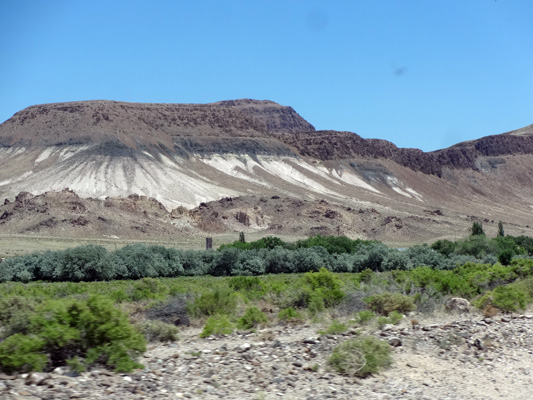 And here is a small lake. 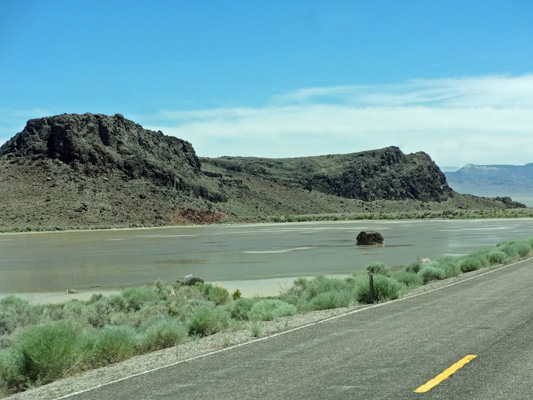 A UFO IN THE SKY - WOW - we are actually seeing an UFO. 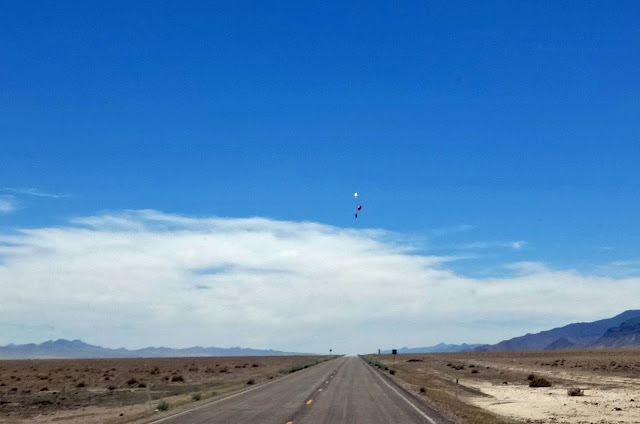 Oh nuts, we are just seeing three balloons a white ball and a red ball and a blue star. NUTS. Thought we were on to something. But where the heck did they come from? Absolutely nothing or no one around here. 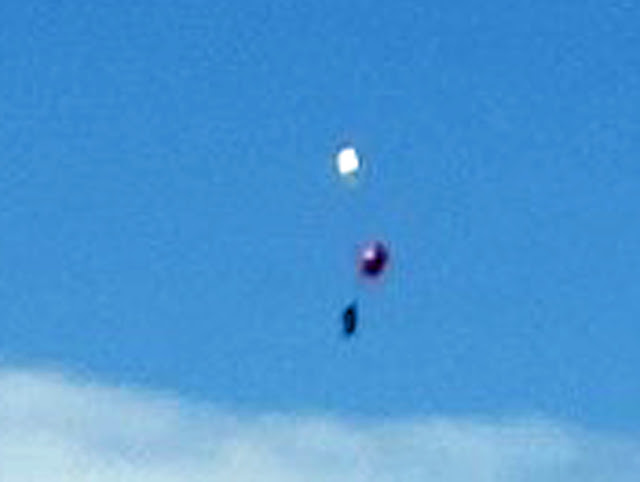 With the increased winds came the dust devils, some really big ones. Luckily most of them were on the east side of the road and not heading towards us. 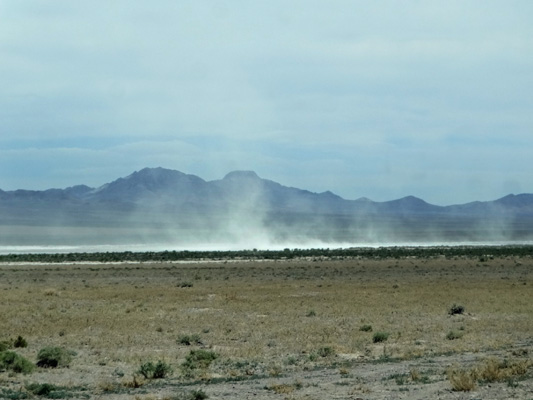 AN ALIEN, WE HAVE FOUND AN ALIEN. 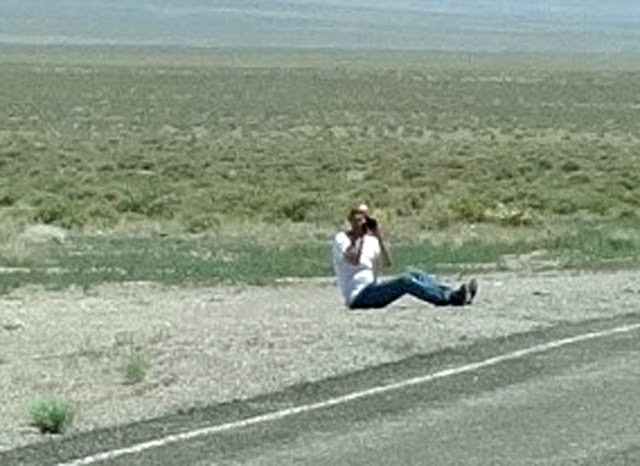 Oh crap it is just another tourist taking pictures. 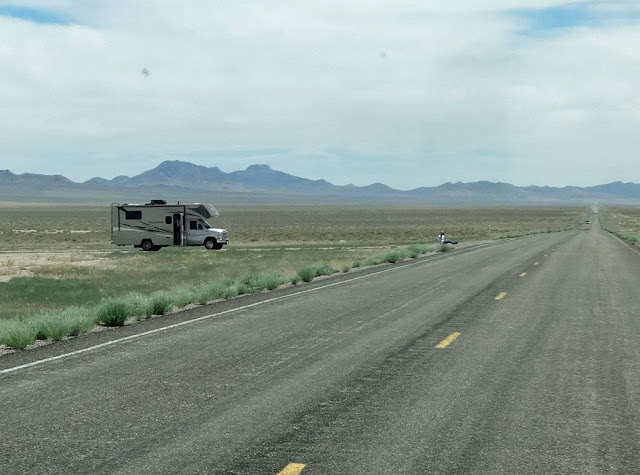 After a long drive of two hands gripping the steering wheel we have finally made it to Rachel. 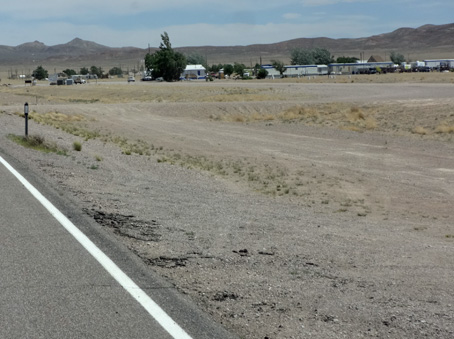 A map of Rachel Not much to it is there. 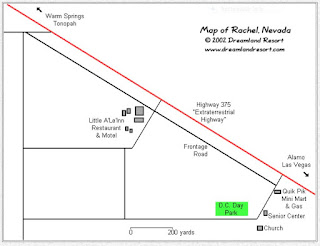 The Little A'Le'Inn. They have an RV park where we stayed the night. 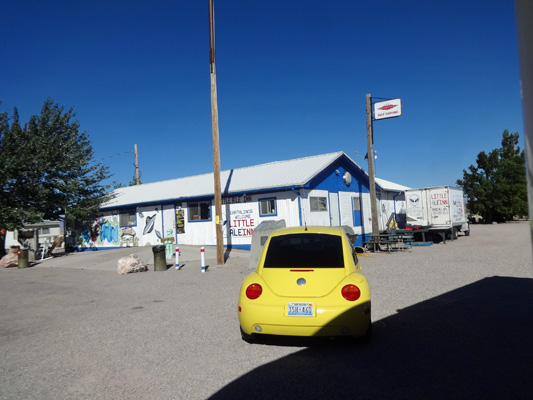 More on our adventure in Rachel tomorrow.