Came across these photos from South American trip

Well I lived through the treadmill test - actually with flying colors. I managed to finish the entire test. Just puffing hard at the end.
Bill goes in for his angioplasty and stenting first of next week - September 4th at 8 in the morning. Will be glad when that is over too.
I was going through lots of old photos on my computer and came across these from our drive to South America in 1978. This was when they put our 1972 Pace Arrow motorhome into the hold of a freighter to transport it from Panama to Colombia. Took them a while to figure out how to do it as we were the first Class A motorhome ever to go to South America. 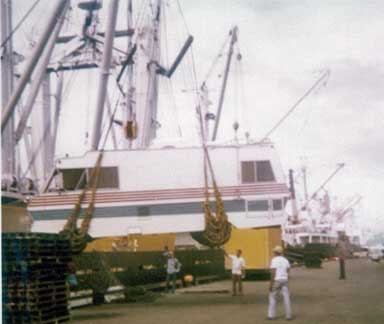 Every one was holding their breath, hoping that this would work and that the nets didn't break. And that it didn't swing too much. Notice the motorhome was painted red, white and blue. 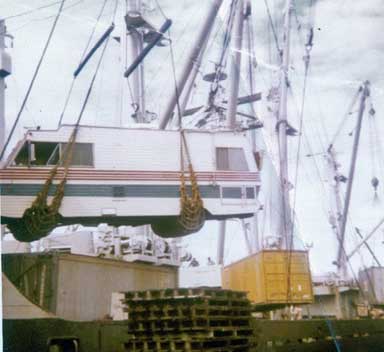 Inside the hold of the ship. And then it had to be taken out when it reached Colombia. No pictures of that. 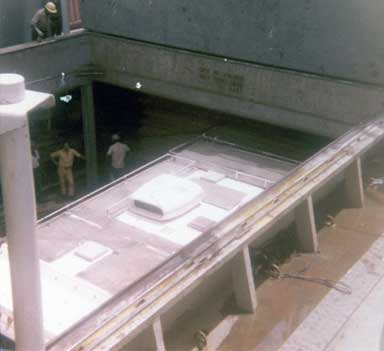 Looking back down the highway going up the Andes in Chile to the border of Argentina. No banking or guard rails on the highway. 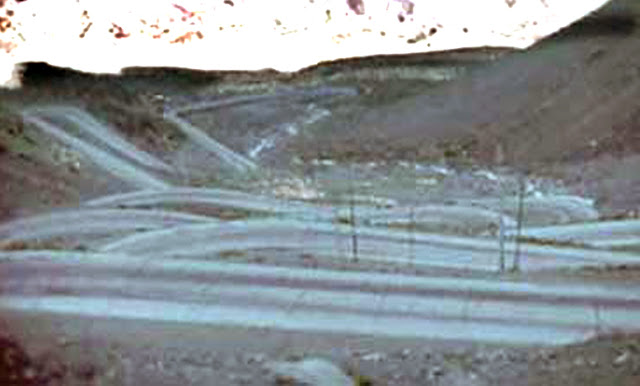 The road down into Argentina was even worse.
Parked on Ipanema Beach in Rio de Janeiro, Brazil. We stayed there for a week. Three of our sons in this picture, Randy in denim shirt [today is Randy's birthday he is ow 58!], behind him Gil, who was 7 and Paul who was 9. 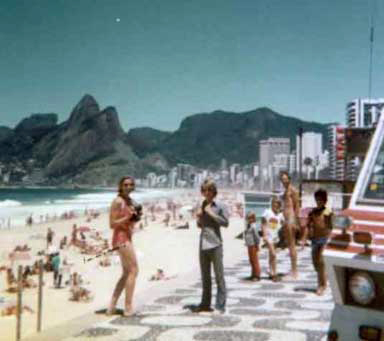 We spent thirteen months on the trip. If you'd like to read about it our book "All The Way To Argentina is available in hard copy and as an ebook. It was an amazing trip.
Also came across this picture of a necklace I made when I was fooling around with beaded jewelry. Thought this one was really pretty. 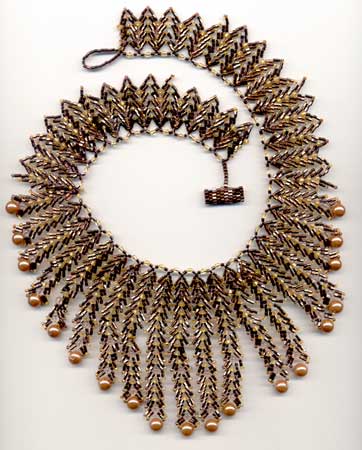 The weather here is beautiful, blue, blue sky, some clouds and ONLY going to be 100 and no wind. Except for the no wind it will stay like this for at least a week. Also low humidity. But winds will start up again tomorrow.
The pest control people will be here this afternoon. I still shudder when I think of it.
Posted by Carol and Bill at 5:24 PM

Love the beaded necklace. You are very talented!

thank you it was a challenge to make

What a pretty Necklace. Your trip to Argentina Sounds so wonderful I would love to read your book.