Sunday was a beautiful day. Bright and sunny and warm, some wind but not too bad. So we jumped into the convertible and took another field trip to just south of Las Vegas. 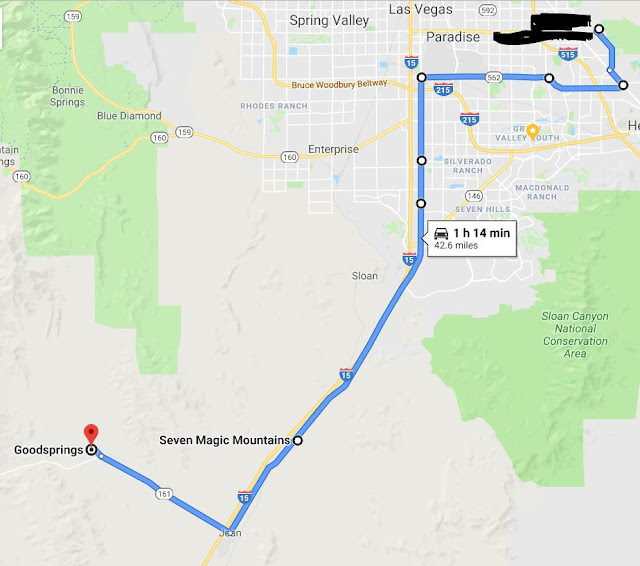 Passing the airport. Wasn't fast enough to get a picture of a plane landing, just this one taking off. They come in about every 3 minutes. 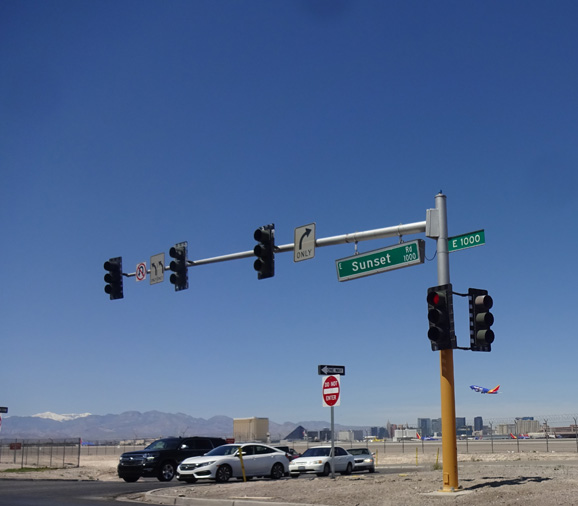 Just a picture of the desert as we neared our first stop. 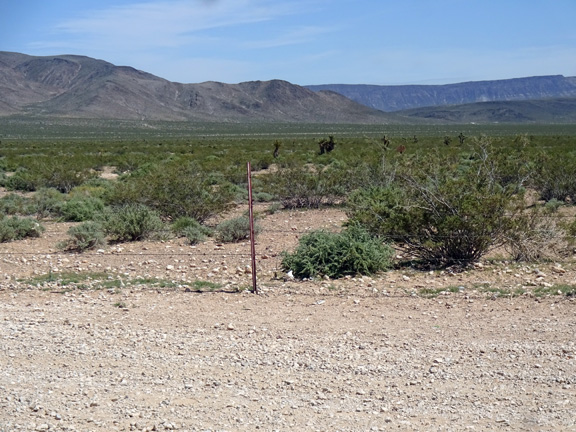 So where were we going - to see the Seven Magic Mountains. A little about them.


Internationally renowned Swiss artist Ugo Rondinone’s Seven Magic Mountains is a large-scale site-specific public art installation located near Jean Dry Lake and Interstate 15, approximately ten miles south of Las Vegas, Nevada. Comprised of seven towers of colorful, stacked boulders standing more than thirty feet high. A creative expression of human presence in the desert, Seven Magic Mountains punctuates the Mojave with a poetic burst of form and color.
The exhibition opened May 11, 2016. Due to the incredible success of Seven Magic Mountains since its opening, artist Ugo Rondinone has expressed a strong desire to explore ways to keep the artwork on view at its current site. The Producers continue to work on an extension plan that would enable Seven Magic Mountains to remain on view for several years into the future. At the end of 2018, the Bureau of Land Management (BLM) issued a three-year permit extension for the artwork, allowing the installation to remain on view through the end of 2021.

And there they are. It amazes me how many people will drive out to the middle of nowhere to see painted rocks stacked on top of each other. But then, we were there weren't we. 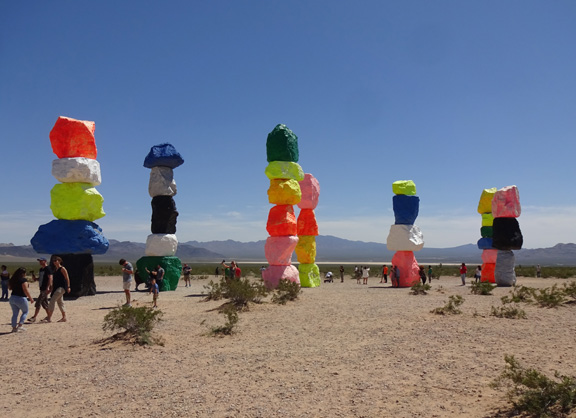 Because it was a beautiful Sunday there were hordes of people there. Hard to get a picture without someone in it. The colors are so vivid. Last time we were here was summer of 2017. I wonder what kind of paint they used and if they have to be repainted because of wind and sun. 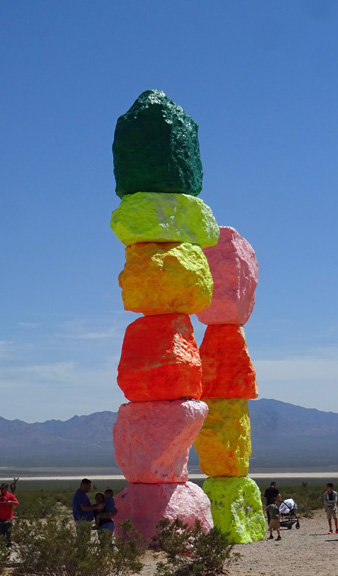 Bill had his drone with us and took some movies. BUT somehow when I put them ion my computer I lost them! Thought I'd saved them but must have hit wrong button. 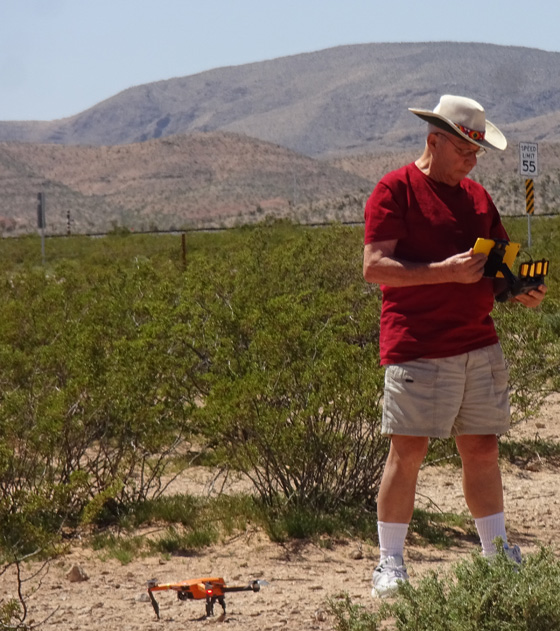 
Another shot of the Seven. See all the people milling around. Someone else had a drone up too.

Notice their size - towering over humans. The bottom rocks are around six feet tall. 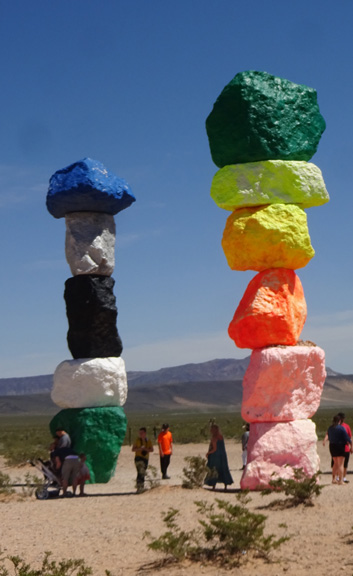 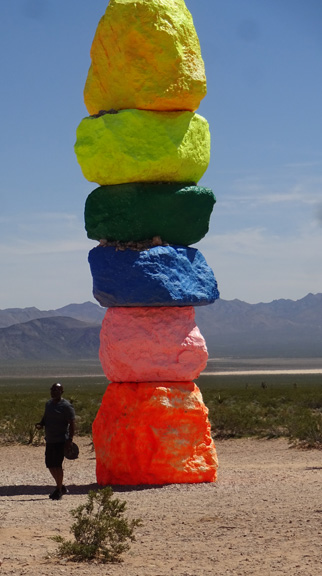 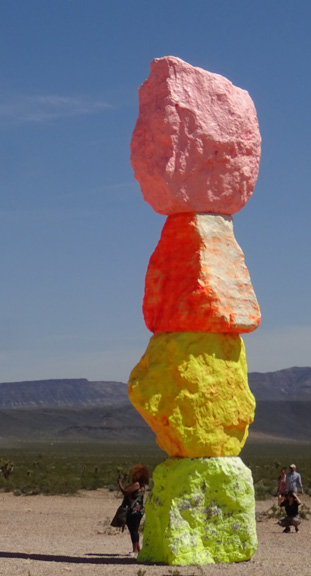 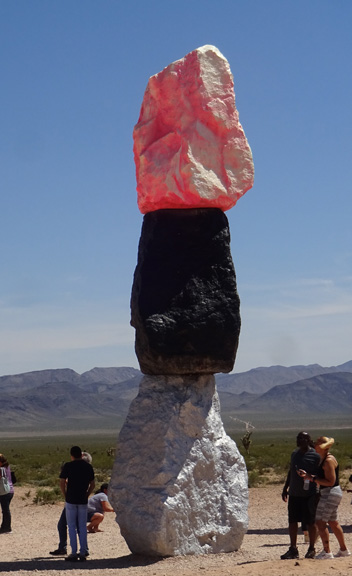 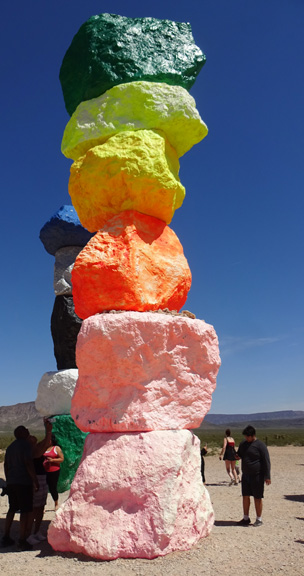 For a really interesting web site showing the building of the "mountains" click here.
Since we were here last it looks like a lot of people have built cairns. These are "usually" erected as landmarks to show someone was there or to define a route. 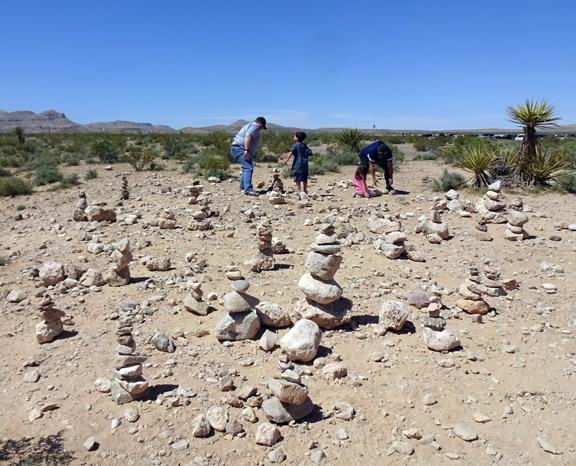 Just some blooms in the desert. 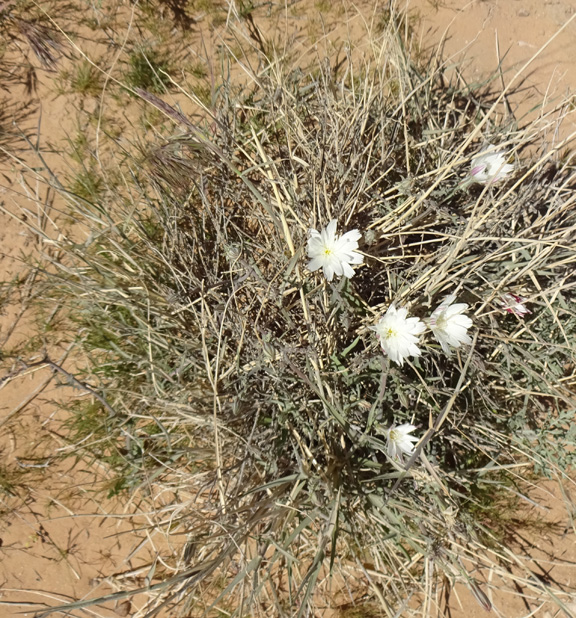 A big Joshua Tree with lots of blooms. 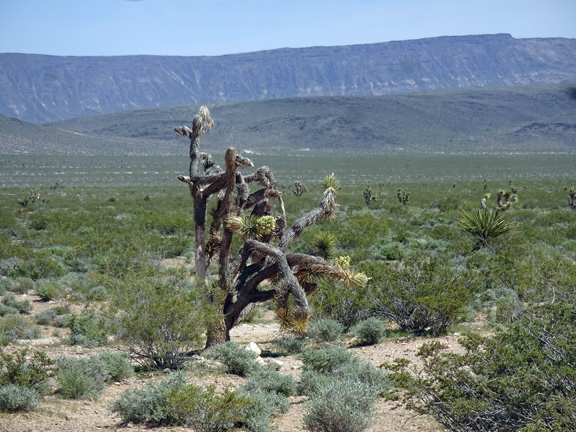 For years I've been wanting to go to Goodsprings, NV. We were only about 9 miles from there so Bill indulged me and away we went. Entrance to a casino at Jean, NV. 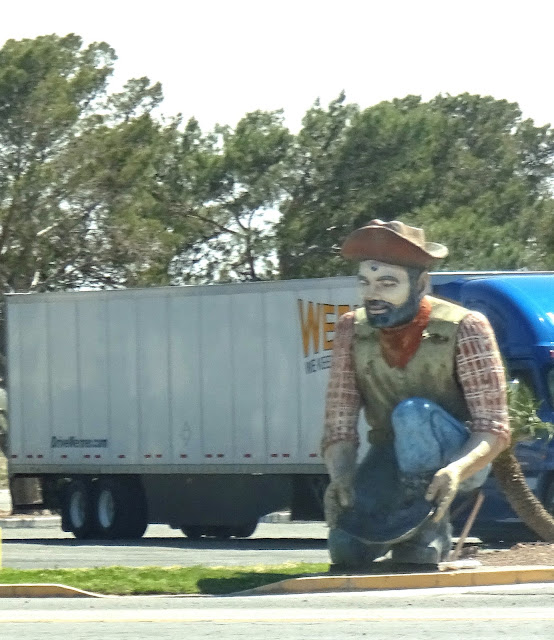 The road out through the empty desert to Goodsprings. 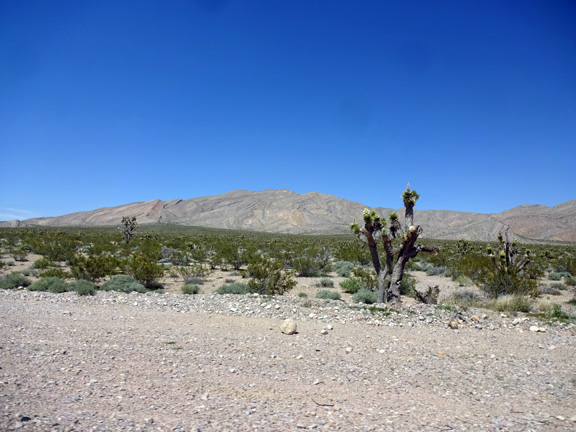 I wanted to go to this Saloon. It is famous because Clark Gable spent a few days there waiting to hear about his wife Carole Lombard. Her plane was missing in the area. I know - weird reason, but I heard the food was good too. So why not? 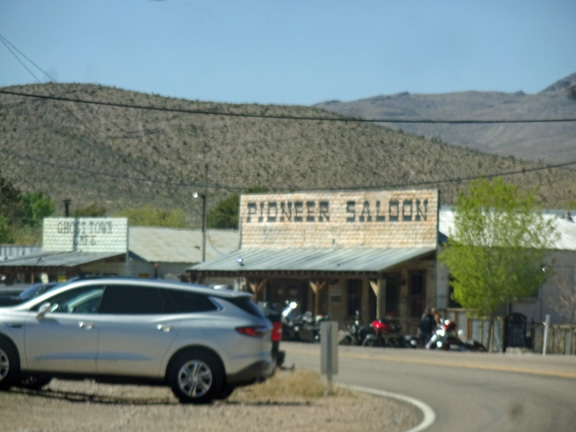 As I mentioned it was a nice Sunday! Everyone with a motorcycle or ATV in Las Vegas was in Goodsprings at the saloon. Also a few of us in cars too. 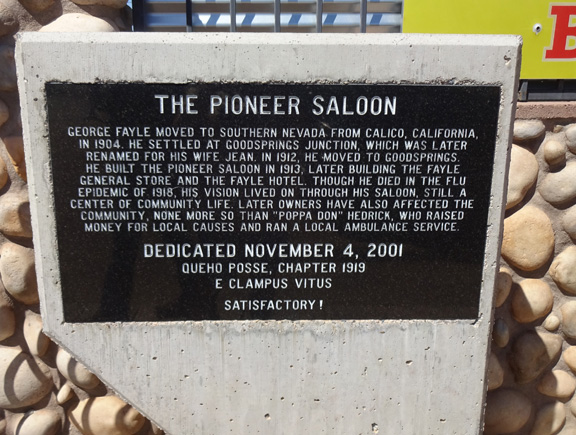 Here is some interesting information about the saloon. Worth reading. Even a picture of Clark Gable  All the dining areas were past full. So didn't get many pictures. Guess we'll have to go back on a weekday. 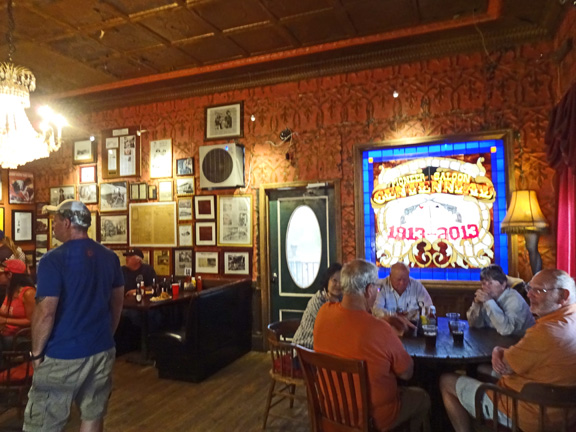 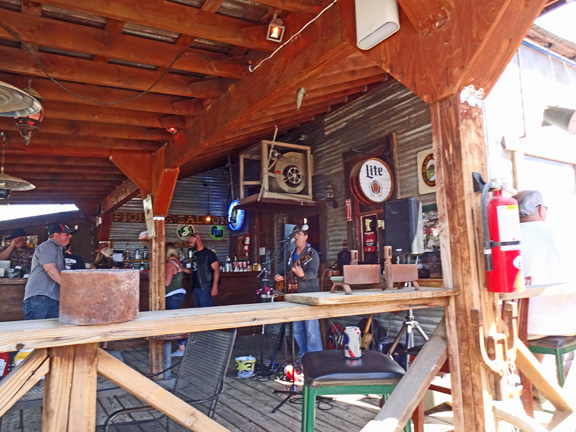 Back on the Interstate on our way home. Seven Magic Mountains out there in the distance. They are off of Las Vegas Blvd. 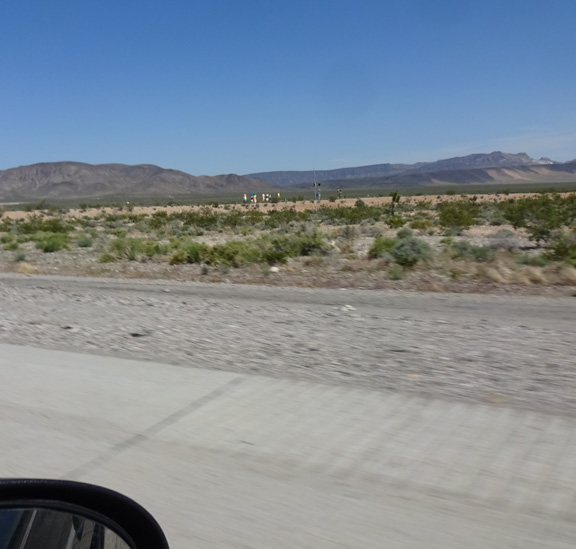 I like the decorations of the interchanges. Metal sculptures. 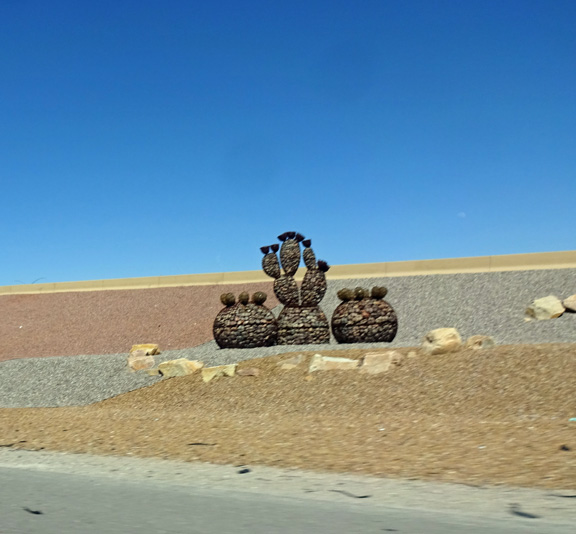 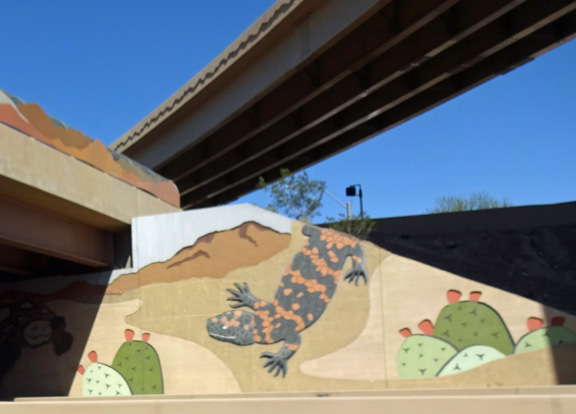 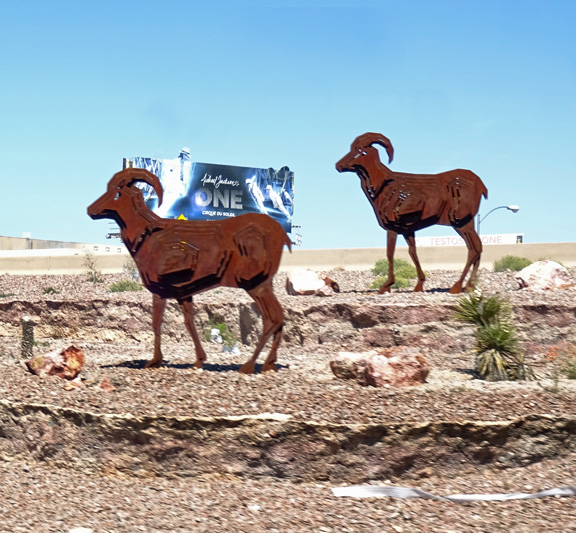 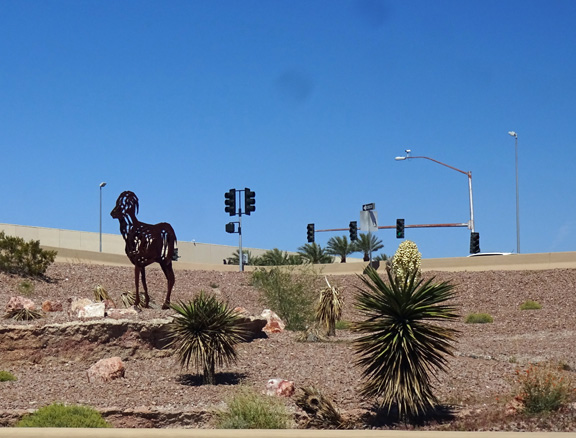 First time this year we've gone by the new Raiders stadium.
Getting a lot done. 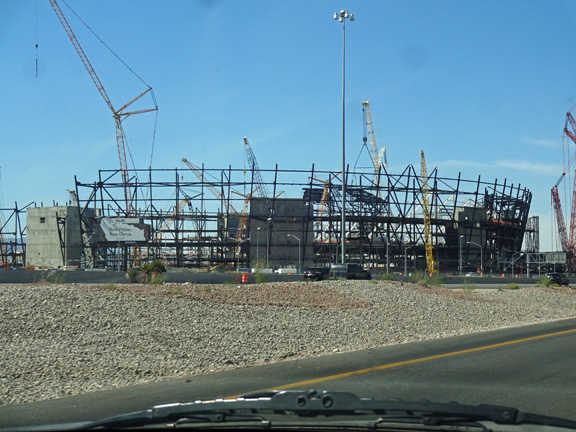 Off the freeway onto Tropicana by New York, New York. I see Lady Liberty is wearing a Vegas Golden Knights [hockey team] jersey again. As of today they are 2 to 1 games ahead of the Sharks. 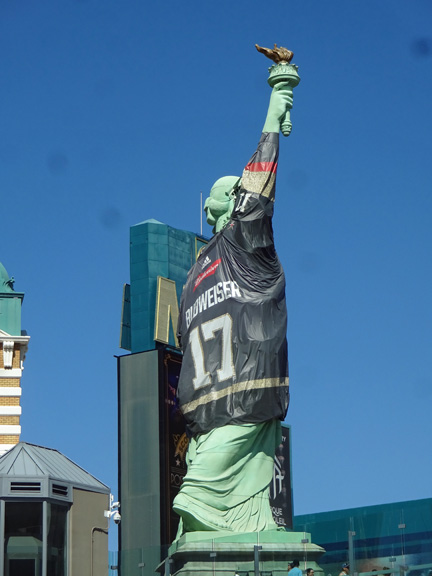 And then home - no cooking - ate leftovers. Today is warm and windy, tomorrow will be cold about 67 and maybe rain. Will cook tomorrow - maybe.

Thanks for sharing. Interesting places to visit.

Jut not on a weekend or holiday.

Happy Easter. Hope that all is well.

Happy Easter you two...no post for a few days?