Well that turned into a project.

The wind has let up quite a bit but more coming in a couple of days. Bill made the most of the calm and took up one of his drones. He took it to Mexico but could not get it to fly there. We finally figured out it was something to do with the wifi connection between the controller and the drone. Must have been 'cause no problems with it yesterday. 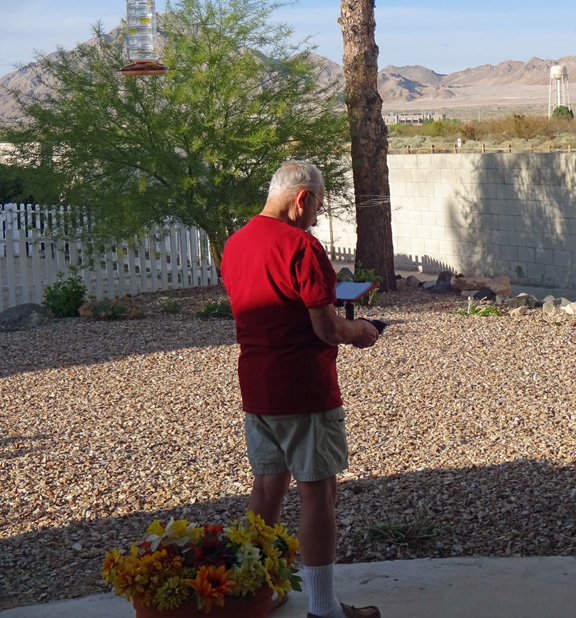 I've been in a cooking mode. Have made bread - from frozen loaf, two two layer cakes - one layer white other layer chocolate with dulce de leche as the middle filling. One is in the freezer now. Also been cooking dinner every night. Got so tired of restaurant food over the winter. But I think my domestic side is about to end.
I did use my new Bissell multi purpose vacuum and scrubber. The two rugs from the RV were in bad shape, especially after all the dust this winter. Well! The scrubber works great. The rugs look new! So lets see, I spend $245 to save buying $150 in new rugs.  But the scrubber will also vacuum and scrub our floors and another area rug we have in the house.
Have managed to get out and walk a couple of times,  starting out slowly. Longest walk was just over a mile. I know I have to get out there and do more before it gets HOT. The funny thing is when I do walk I feel so much better the rest of the day. Improves my attitude and energy.
The morning I was walking was a cold gray day, in fact I felt a few sprinkles - more like a mist.
My saga with Microsoft is over - nothing got fixed. After spending hours on the both here at home and in Mexico I finally got a call from someone at Microsoft who told me - there is no fix - we don't support Streets and Trips any more. End of conversation. So guess I'll  use my back up laptop for that program.

Another domestic project. One that I thought would be a breeze to do. This is the garage window. I've always hated the way it looks. When we moved in Bill put the plywood up so block people from looking in the window. 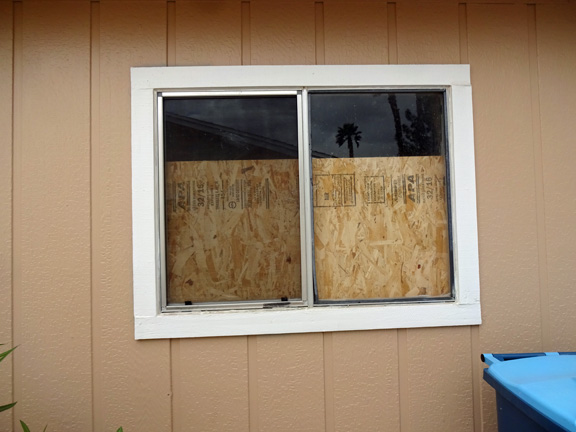 So I decided to put a curtain there. I even had enough of the right colors material and an extra spring rod to do it with. When I told Bill I was going to do it he asked me how I would get it behind the plywood. I smugly replied, "I'll get up on the counter and push the hem down with the yardstick." "Good," He said, "Because I won't move any of my tools or tool boxes." No problem.
Well problem. No matter how I tried I could not get the hem to the bottom of the window. In one area or another it would hang up.
Finally he told me to stop and the darling that he is he took down his tool boxes and tools and unscrewed the plywood so it would pull out from the window. 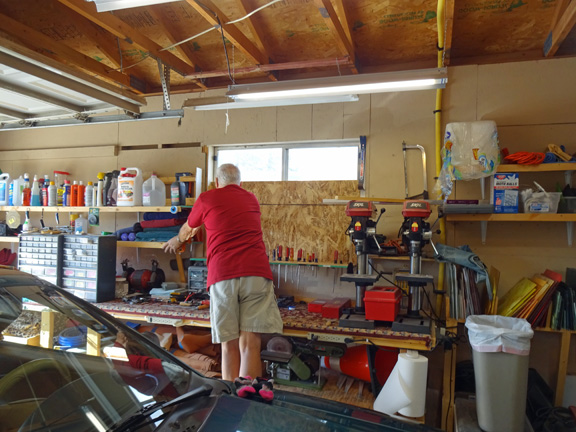 And it still wasn't easy, but finally got it up. Here he is putting all his stuff away again. 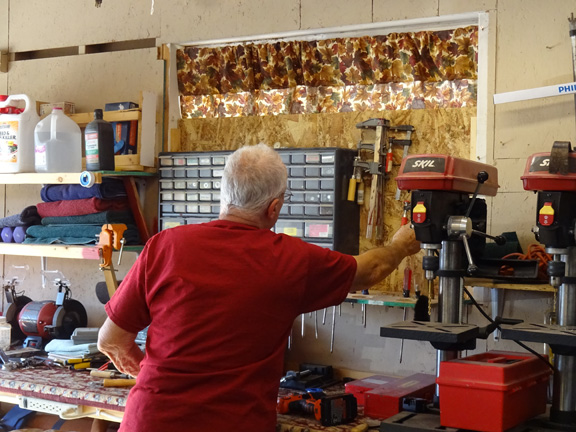 I think it looks a lot better now! Thank you Bill. I even cooked him a good dinner for all his labor. 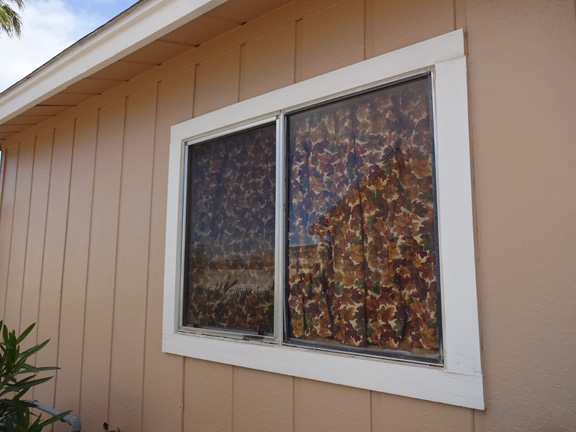 Brought the RV over today to put stuff in it and hunt for something we needed and had left in it. Only had it here about an hour.
Seems strange a Sunday with no soccer games or races.
Posted by Carol and Bill at 11:10 AM

Carol - I really enjoy your blog. I can hear you talking and it makes us miss you and Bill. Thanks for sharing so much of your life. Doug was VERY happy that his driver, Martin Truex won yesterday. The Richmond track is the only NASCAR track that we have been to. We went there, this time of year, in 2014 when we were on our big around the US trip. No one ever mentions the thousands of beetle that were flying around and crawling out of the stands. Ewwww. They were awful!!

Curtain looks way better...good boy Bill! Walking here in Laughlin every morning for 40 minutes at a fast clip, makes me feel better and does wonders for my butt😂