A walk in The Wetlands this morning

It was such a beautiful day out Bill and I decided to take a little walk in The Wetlands. The day was neither hot nor cold, big blue sky and no wind, just a very slight breeze.

I couldn't resist taking a picture of my beautiful blooming ocotillo. 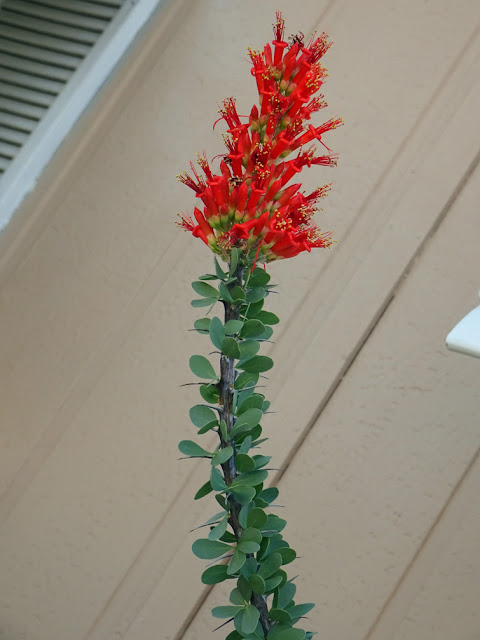 I have taken a lot of pictures of sunrises over the Wetlands - so today you get to see some of the area.

The wetlands at the eastern edge of the Las Vegas Valley are a rare and strikingly beautiful ecosystem that serve as home to more than 200 species of birds, including herons, egrets, quail, hawks, ducks and exotic migratory birds, as well as 70 species of reptiles and mammals such as beavers, bobcats, coyotes and snakes.

Trails wind alongside ponds and streams, through mesquite woodland, rich greenery and picturesque desert vistas, offering an exquisite retreat, a peaceful sanctuary seemingly a world apart from the bustle and commotion of the city.

The only thing we saw moving were turtles and some birds. But at least once a week, at night, we hear the coyotes yipping and howling.  So here are some pictures. We only walked around a very small of part of the park. 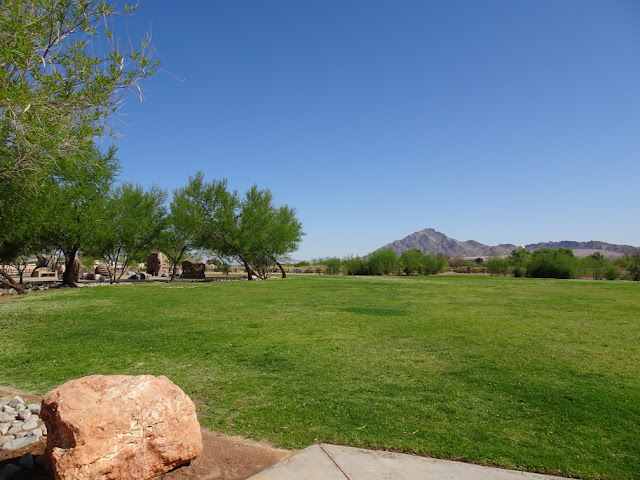 The trees are SOOOO green. 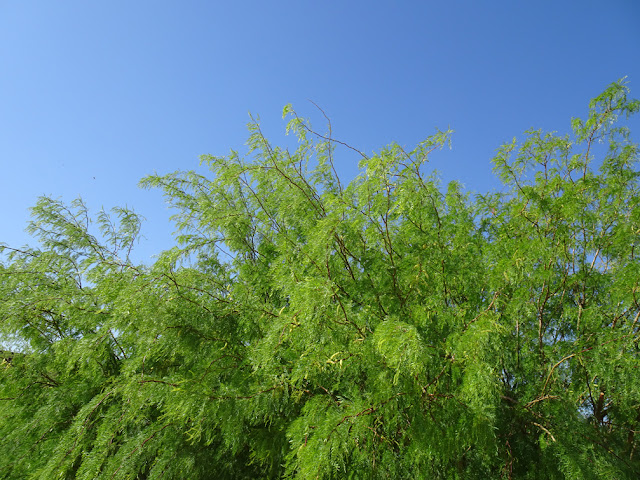 We could here the burbling of the water before we saw it. 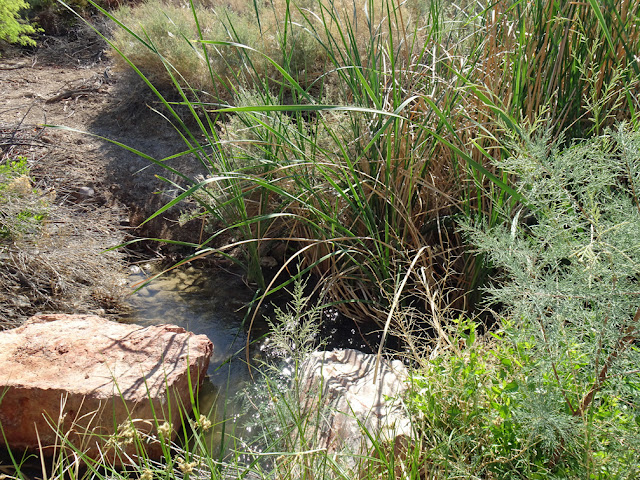 One of the many trees that were burned in the fire I wrote about a couple of months ago. 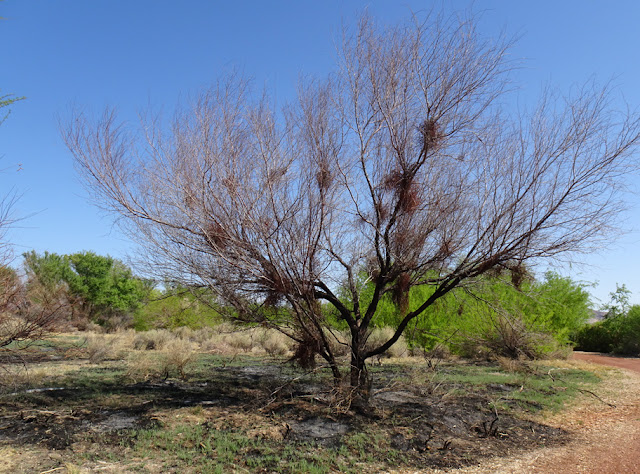 Just some of the different plants. 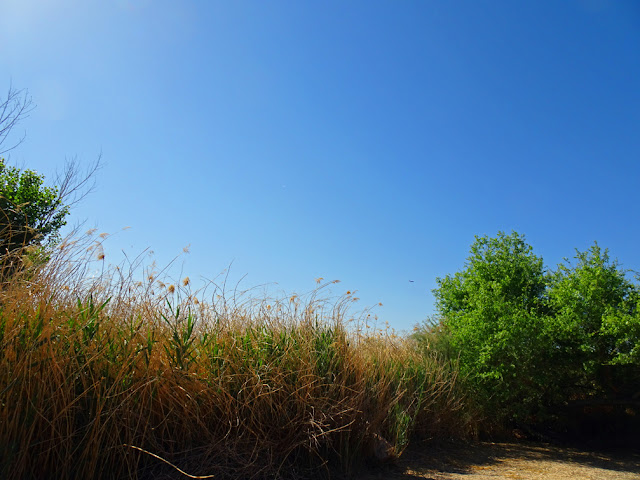 Walking along a dirt/gravel path to one of the small lagoons. 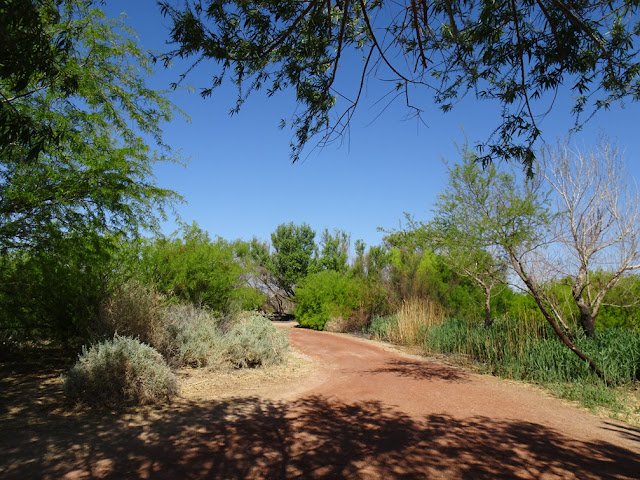 There are really nice board walks around this one. 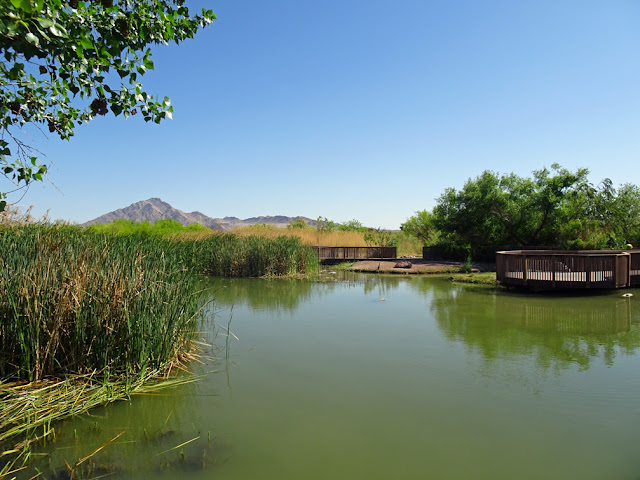 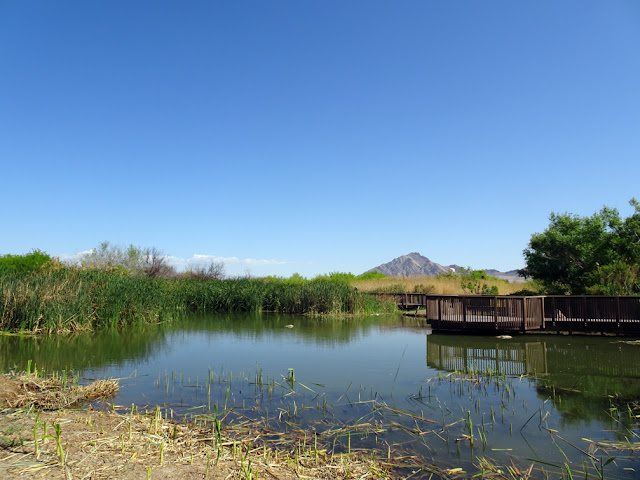 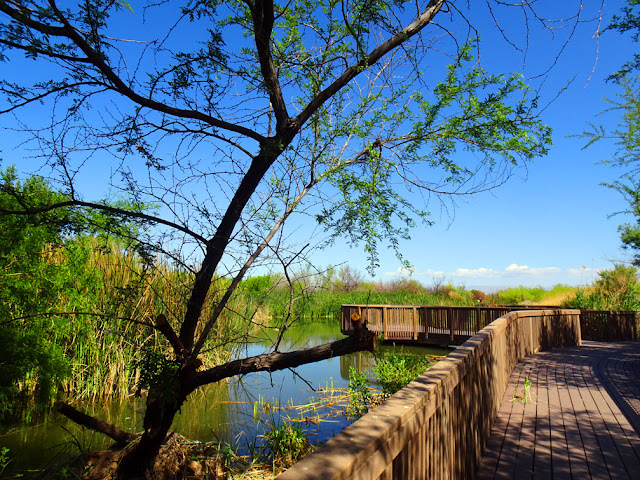 Some turtles sunning on a rock. 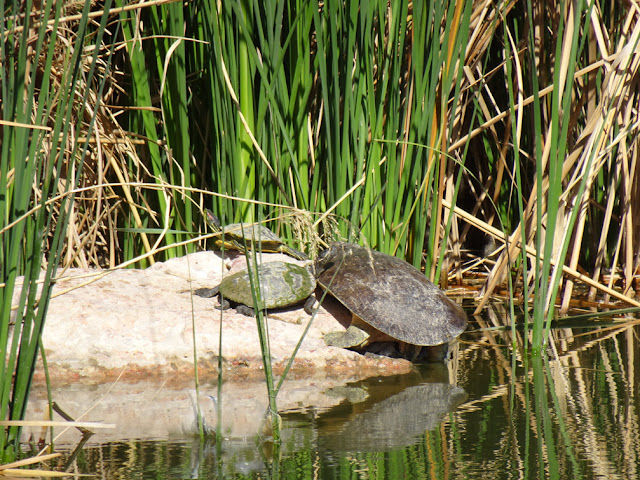 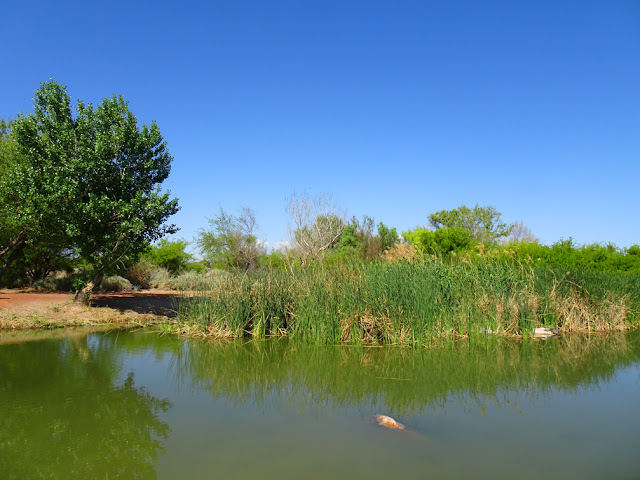 The dry desert is never far away. 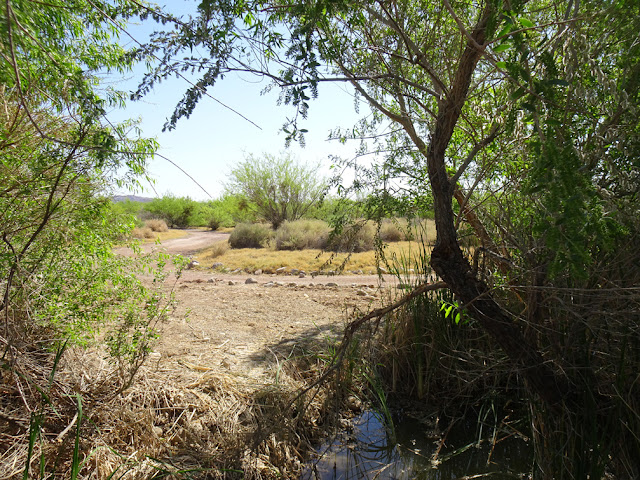 One of the many little waterfalls in the area. 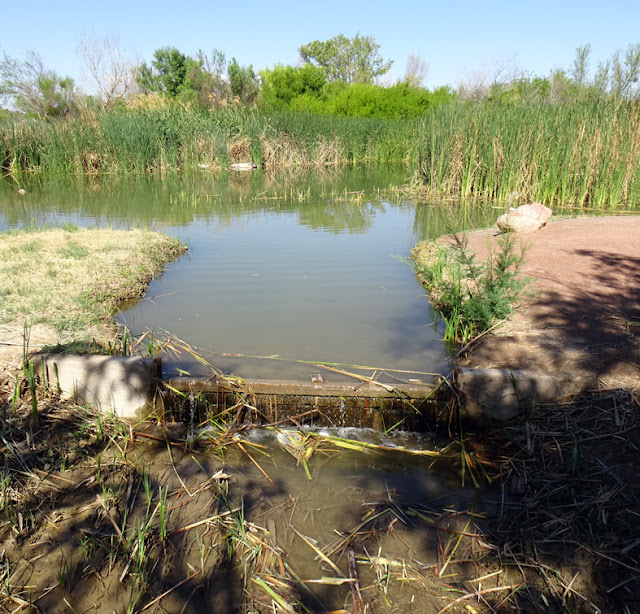 Another look at the turtles for a little further on the trail. 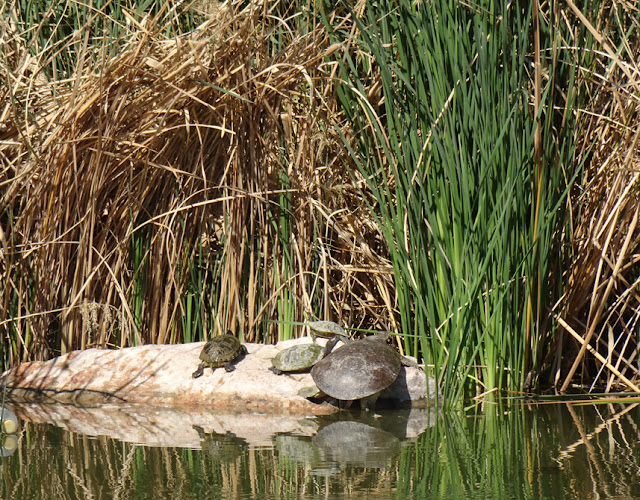 I think there were the geese again. 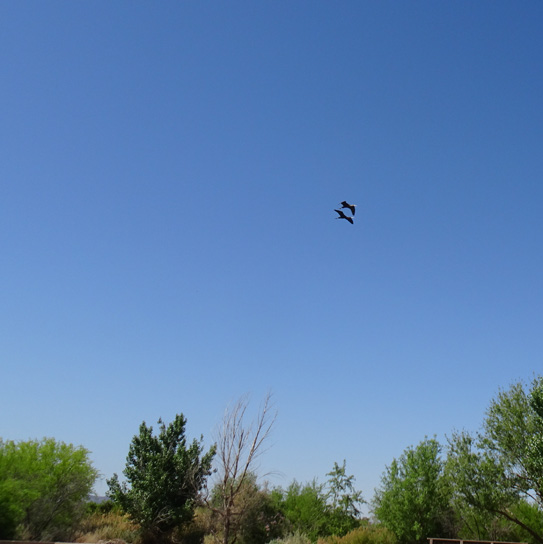 Just thought it was pretty with all the different plants. 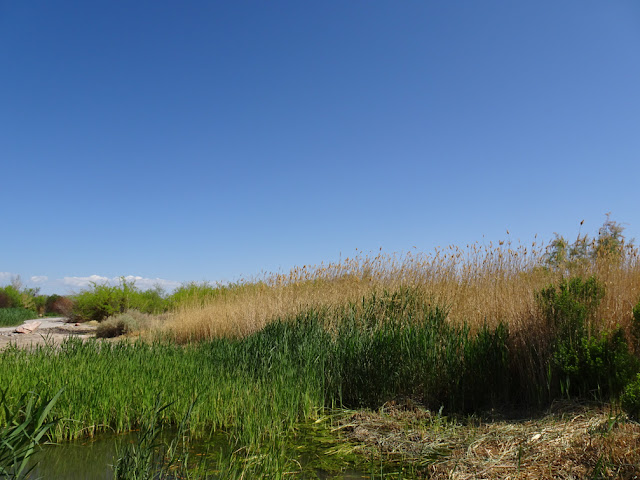 Another burnt tree with new green growth around it. 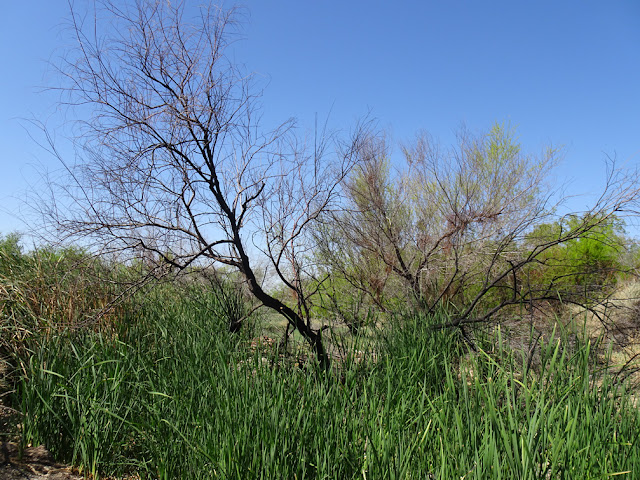 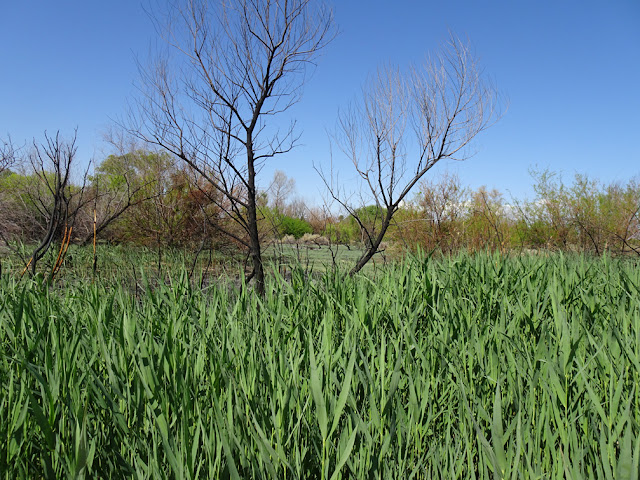 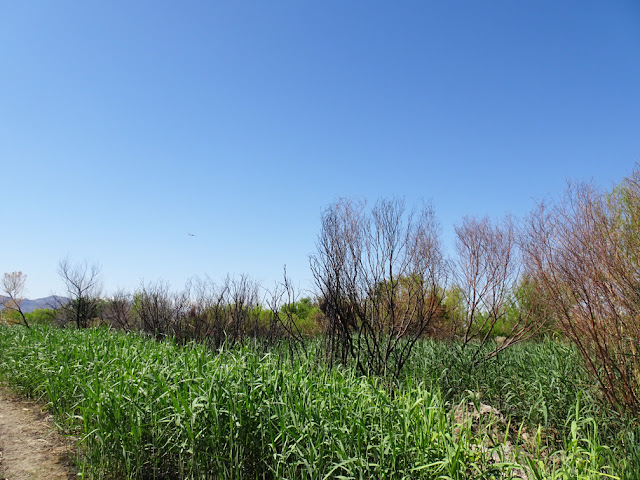 Water and a meadow. 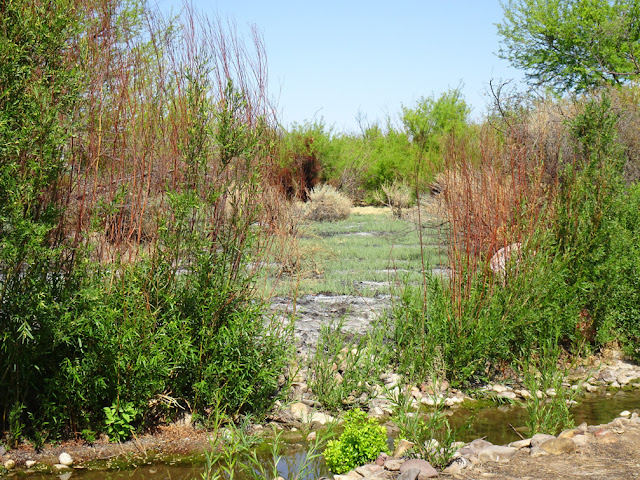 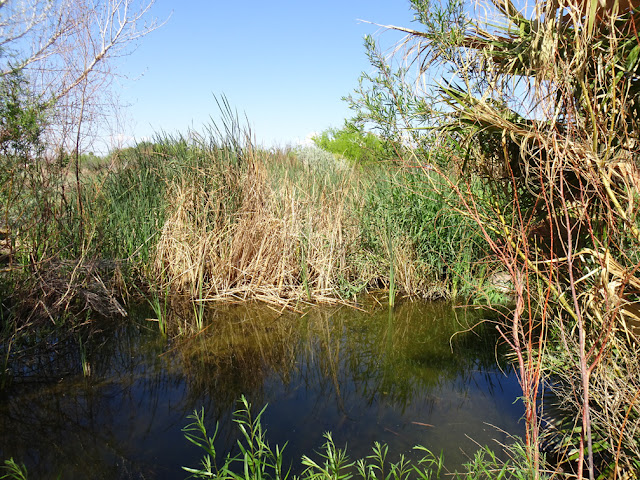 Walking toward home. We only live about 1/4 mile from here.  Took more pictures but will share them tomorrow.
Yesterday I joined the walking group again, only me and the lady who works for the community who got it started. We just walked around the blocks here in our community. But with that and going to WalMart I got in over 8000 steps. Today I forgot to wear my fitbit so don't know how far we went. Probably just a little over a mile.
Posted by Carol and Bill at 11:35 AM

Beautiful Carol! You would never know something this green is in LV. We always think of it being so dry. Glad you guys are doing well!

Sometimes I wonder why we don't go over there more often. It's not like it is far away.