Well both NASCAR races, Friday night and Saturday night were rained out. So watched both of them yesterday.
I continue to work on the earring. I think I finally have it figured out. I am using the same thread the Huichol use and the same kind of beads they use. Special ones that are all the same size. We had bought a bunch of them a few years ago in Guadalajara for Bill to use to bead figurines.
He never did do much so have a lot of them.
The thread is so thin it is almost invisible and slips out of the needle without me even realizing it. [Bill snuck up on me and took these pictures.] 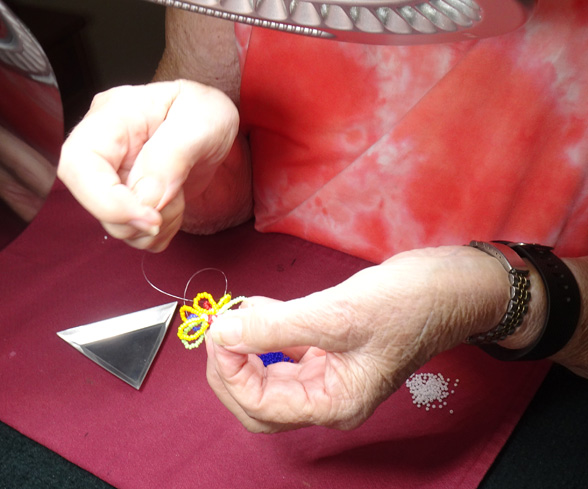 The three in the picture are the original one I bought and two of my disasters. 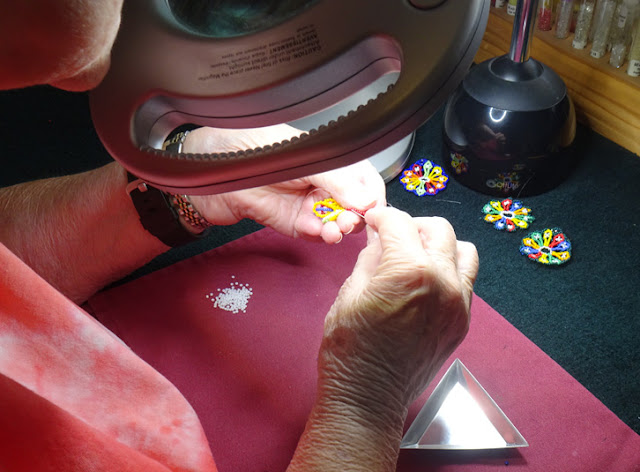 The completed earring. Also remembered something I read a long time ago about the tricks of the beaded jewelry. My problem with the earring was that it was floppy instead of ridged. The solution  White Glue. Works great. Now I can make the second earring and have a set. Will also try making some more with other colors of the beads. 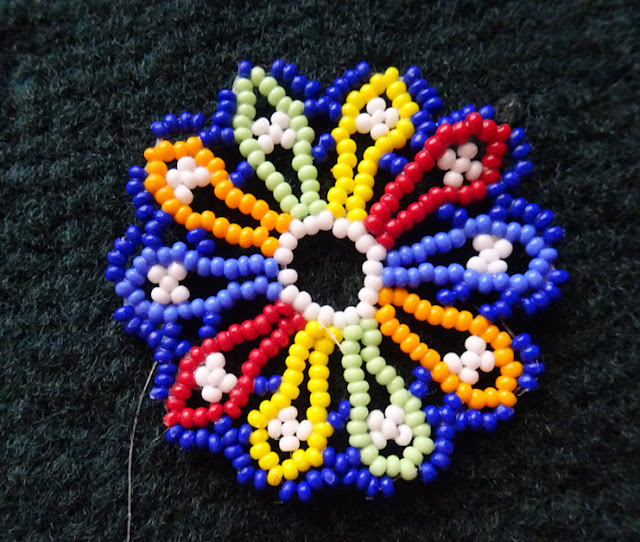 I glanced out the window of the sewing room and got a real surprise. The ocotillo is blooming and has leaves all over it. Amazing what warm weather can do. A couple of days ago it was just dry sticks. 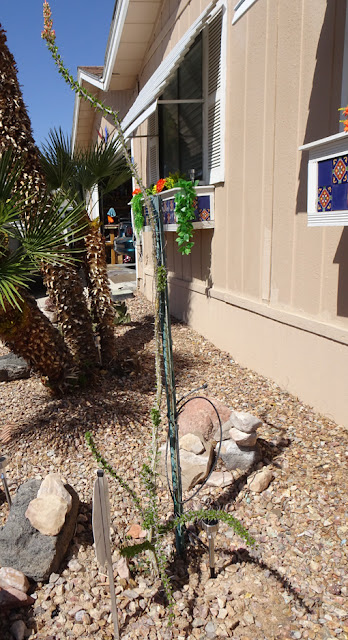 The bloom on top 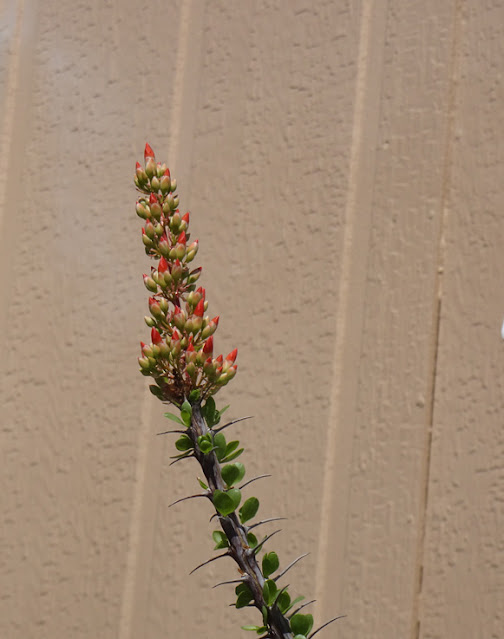 Saw what sounded like a good recipe on line the other day. Bourbon chicken cooked in crock pot. No bourbon involved. So made it last night. For sure a keeper.  Had it with baked potato and roasted asparagus. No pictures. Bet it would be good on salmon too.

The bunny in our yard again. Going home I guess. 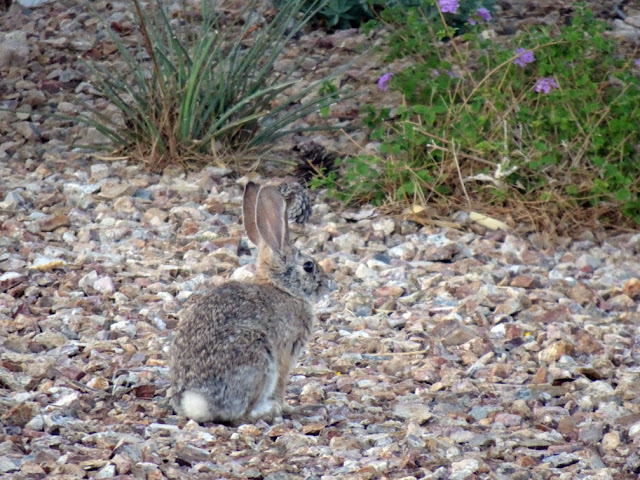 Some drone video Bill took of the valley yesterday. The winds have been blowing lately so there is a layer of dust over the city.  Goes from the back of our home looking out over the Wetlands, surprised as how quickly it is recovering from the fire. Drone swings around to see downtown Vegas, then the buildings on the strip. Then looking towards the south and Henderson. Those mountains had snow on them not too long ago. Continues to the east and over the Wetlands again.  To see it full screen click here.
Posted by Carol and Bill at 8:52 AM

Hello. I'm a new reader. This is my second time reading your blog. The jewelry making and the glassware....wow. You are very talented.

Elva, thank you for reading and commenting. Hope you continue to follow the blog. We usually do a lot of traveling and then the posts are more interesting.