More Goldfield and the Earps.

My second post about Goldfield, will try to cut down on the pictures NOT! We continued driving around town checking things out. Kind of sad in a way to see what was once a thriving town just turning to rust and dust. The amount of old cars and trucks just rusting away was surprising. 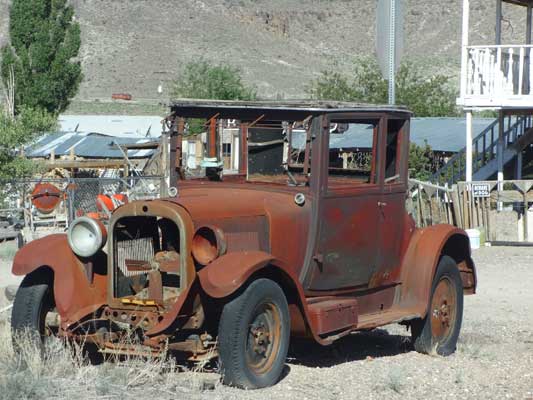 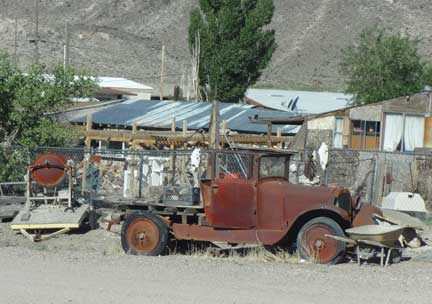 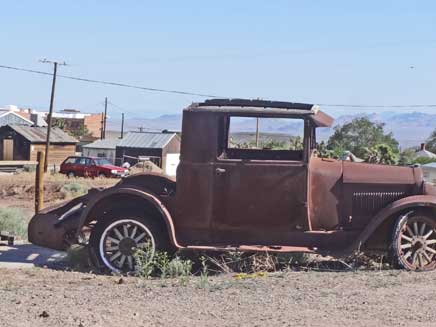 Did not even try the drone here. Still close to the air force base. 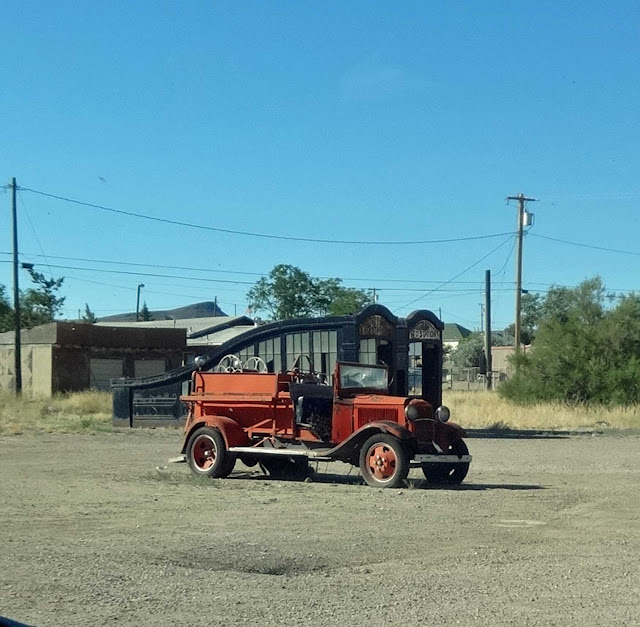 Could not find anything about these. Look like entrances to a subway??? Mine??? 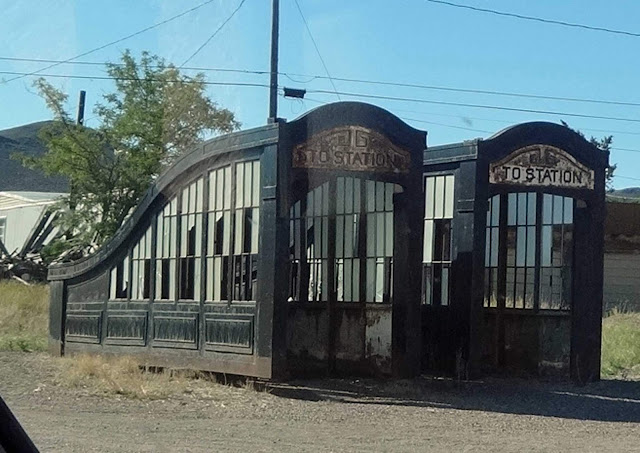 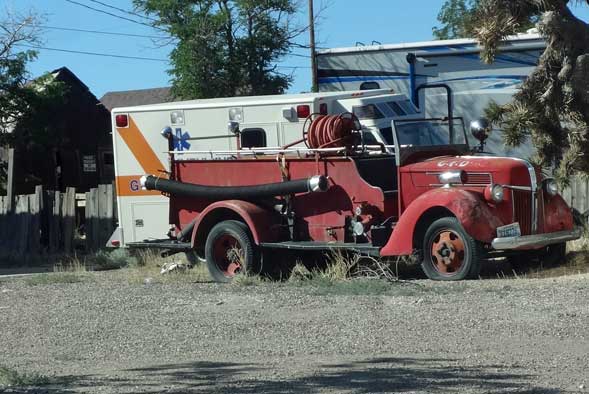 Parked next to the Fire Station. 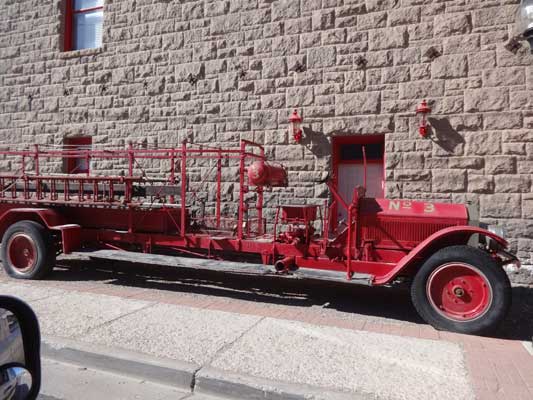 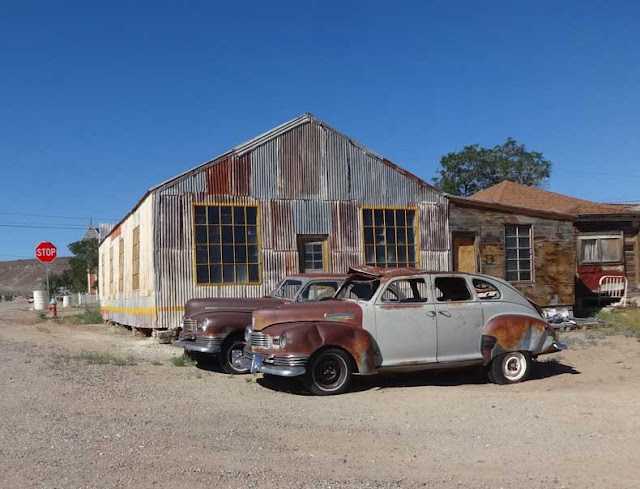 Love the front grills on these. A time when cars had personality. That is the County Courthouse in the background. 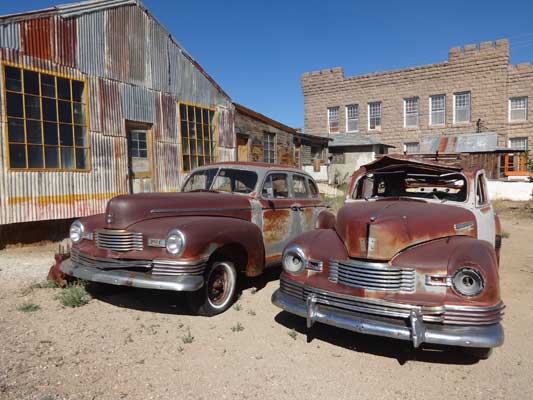 And then there were the strange ones. 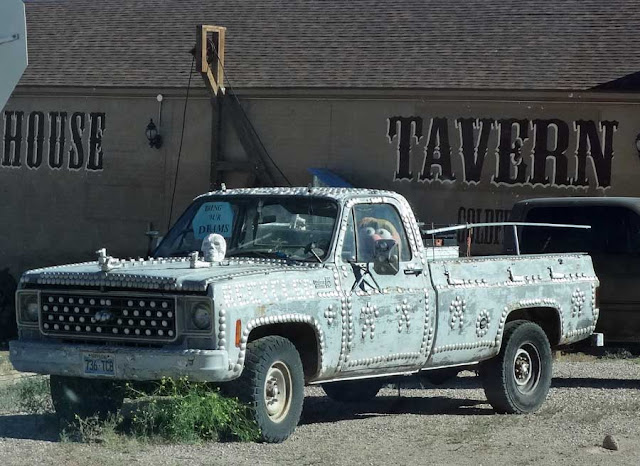 These were the only people we saw in town. Wonder what they were discussing? 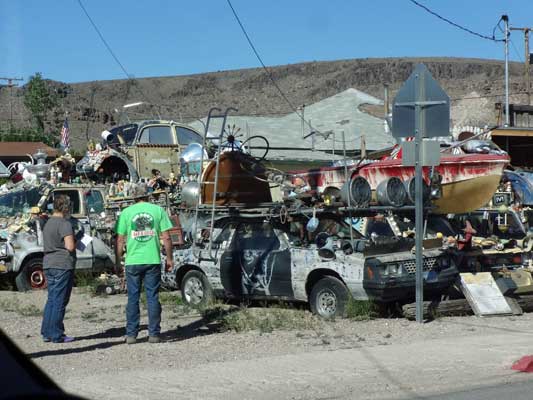 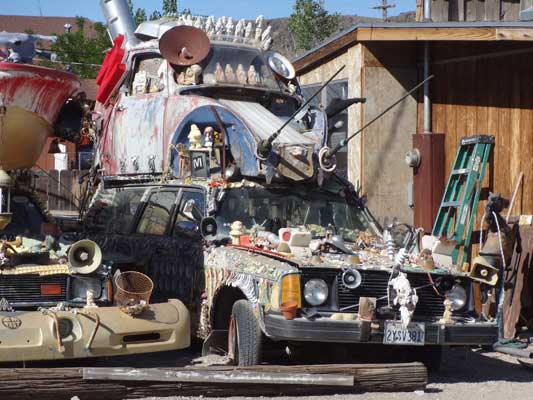 Lots of old homes and businesses just falling apart. Some rock others wood. The wood must have been imported as there are no trees any where around here. 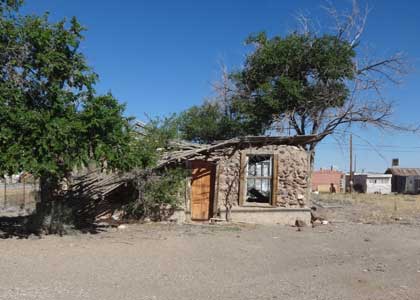 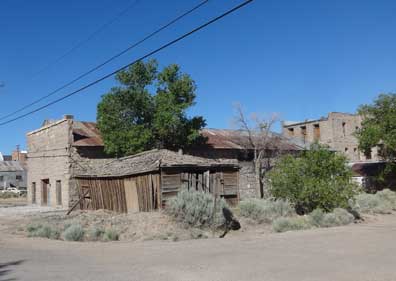 This one was big and fancy. 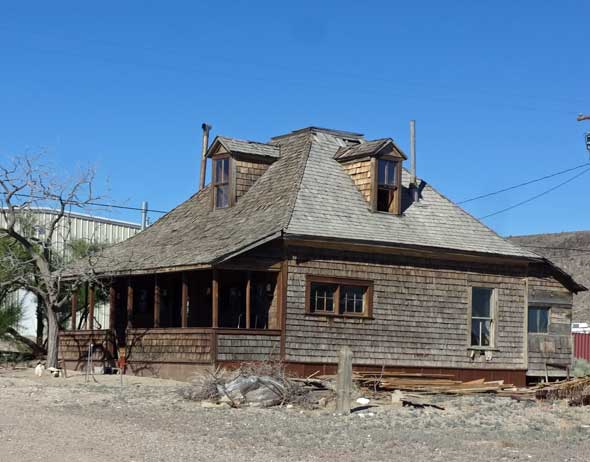 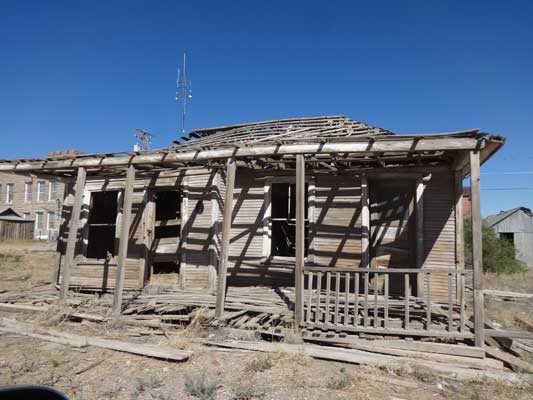 You would think some of this wood could be salvaged for new buildings. Unless it is not allowed. 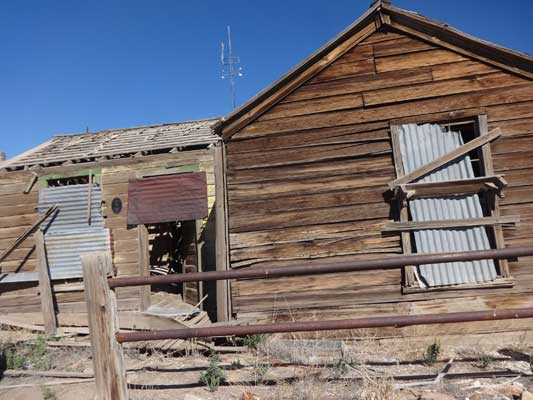 This one was on the main street between two businesses. 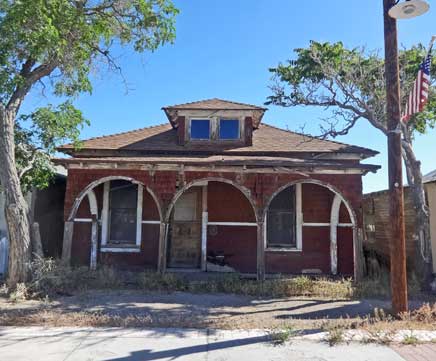 A nice looking place.  Still being lived in, I think. Old stained glass in the windows. 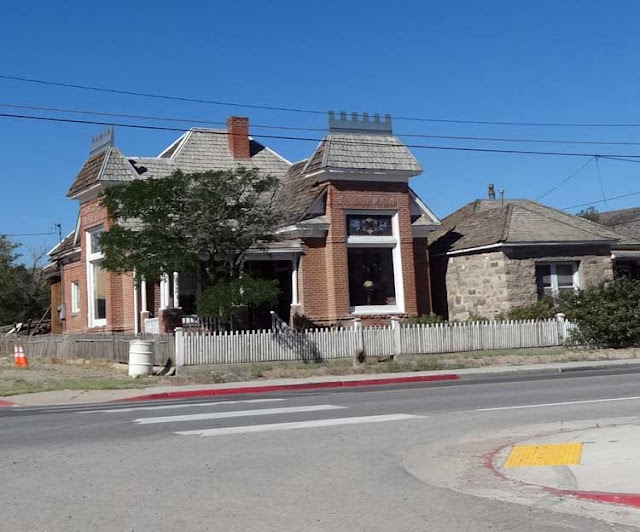 Don't know if this is still in use or not. See sign under it. 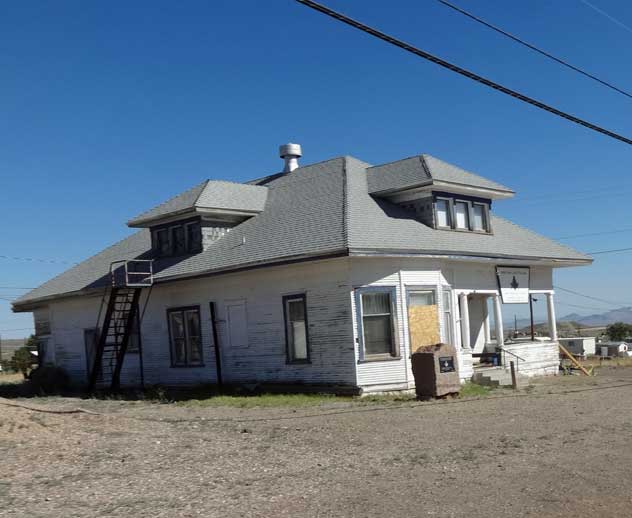 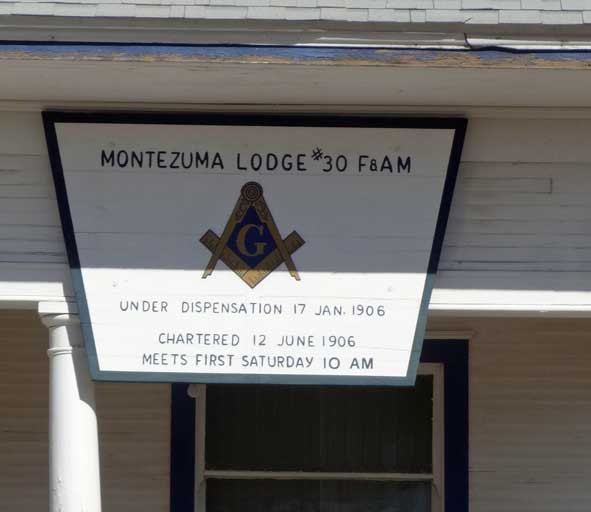 Lots of Saloons in town, closed and open. 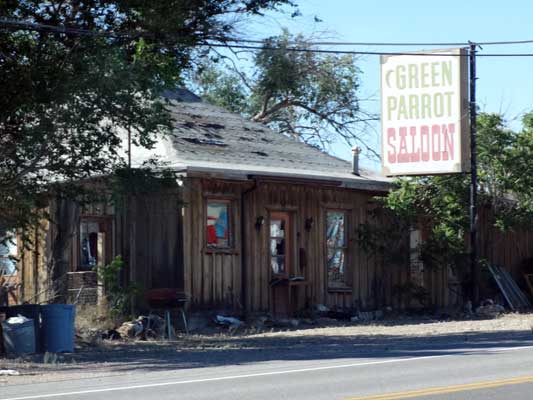 We missed this place. 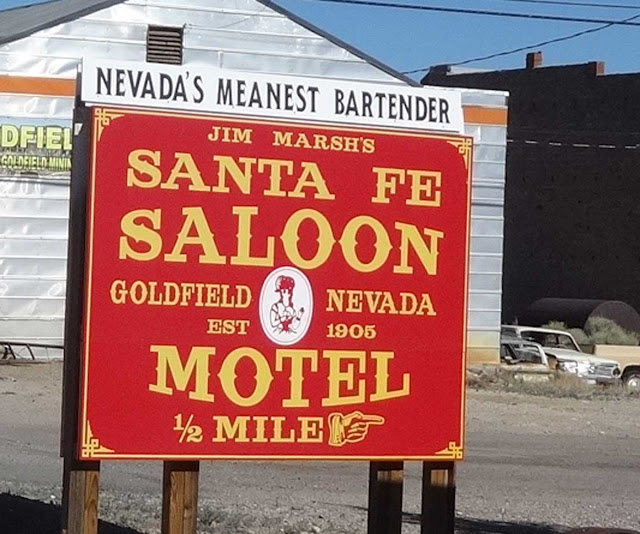 Hum...antique beer? It is for sale. Want to own a bar in Goldfield. Wyatt Earp used to won one.  Wyatt and Virgil Earp came to Goldfield in 1904. Virgil was hired as a Goldfield deputy sheriff in January 1905. In April, he contracted pneumonia and, after six months of illness, he died on October 18, 1905. Wyatt Earp left Goldfield shortly afterward. Those Earp men got around the West. 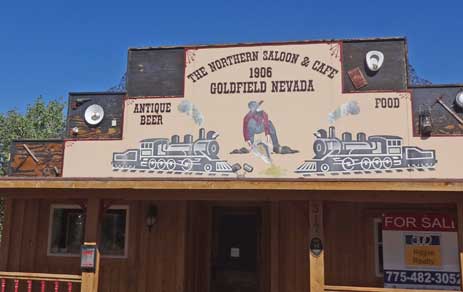 Lots of old equipment laying around in the fields. I would think it could be salvaged for something. 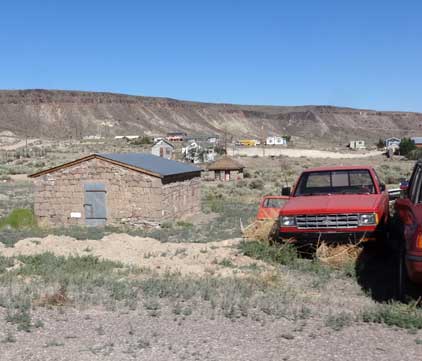 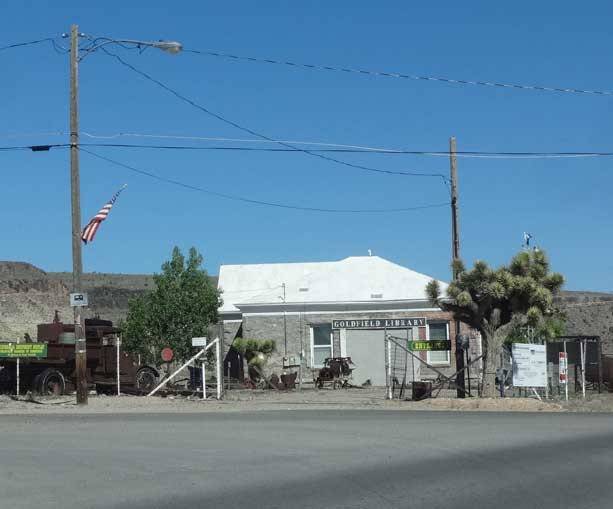 The Dinky Diner. Open and on the main street. No we didn't go in. 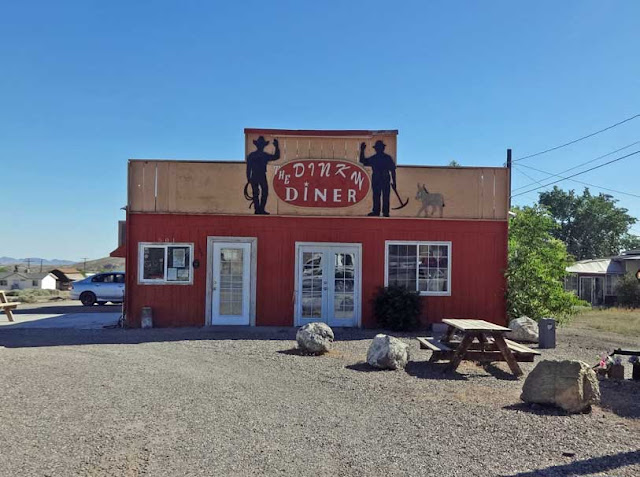 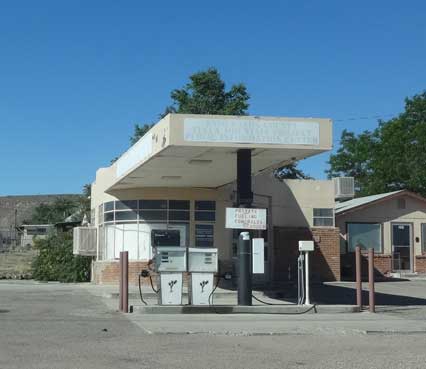 And thus ended our ride around Goldfield. I think if the weather were cooler and we stayed in one of the RV parks we could spend some time there - going into the shops and poking more into the courthouse and some of the older buildings. Also go up by the mines. Worth a stop if you are going by.
We had a great experience in Tonopah Thursday. Had a delicious lunch in the old Mizpah Hotel. Will be an upcoming blog.
Also drove down the Extraterrestrial Highway to Rachel at the Little A'Le'Inn RV. Had to pull the slides in last night the winds were so bad - more about them another day.
Posted by Carol and Bill at 7:05 AM

I want to go here too!