Time flies when you are doing nothing.
We REALLY felt the second earthquake in California. I don't like being in a "manufactured home" during any kind of shaking. It lasted here in Vegas for almost 30 seconds and boy does this house make noise. We moved out of California because we were living there during a couple of the big shakes. Don't like them.
Bill took these pictures of the sunrise over the Wetlands, I need to start getting up earlier. 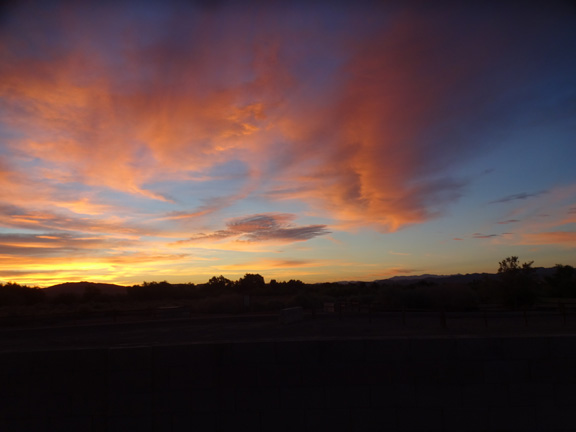 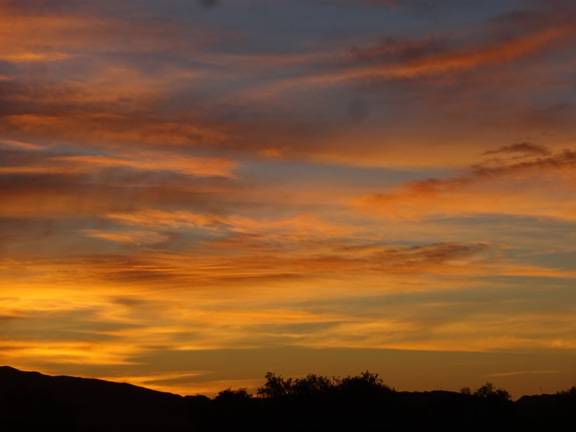 He was still getting up very early to work in garage before it gets too hot. But he is now to the point where what needs to be done can be done inside. Continuing to work on final details. 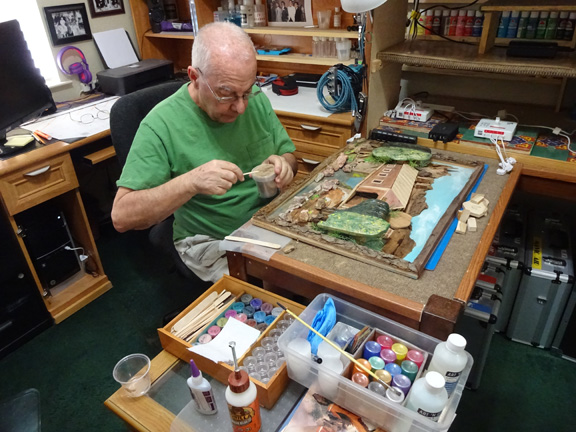 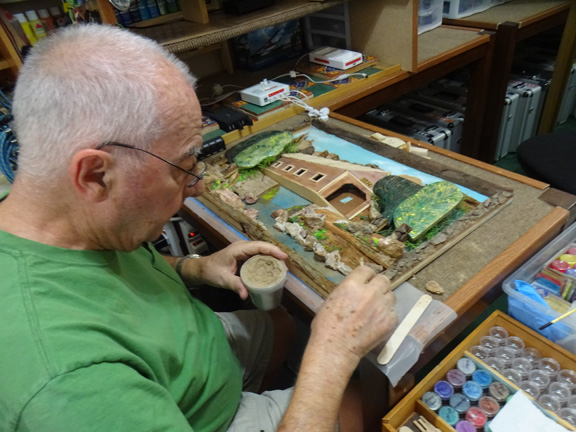 Even after I took this picture he did more work on it. 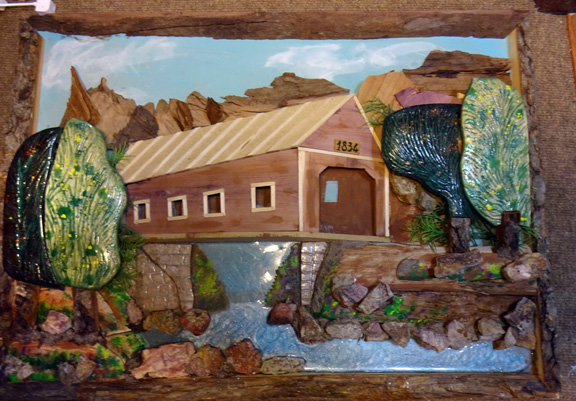 My arm has finally returned to normal. From Monday afternoon [got the shot in the morning] to Saturday parts of it were swollen and sore. NO more tetanus shots for me - EVER!
This morning I had my mouse hovering over Tioga George's blog link - mostly because of habit. Miss his musings. I just can't make myself remove the link.
Not been doing too much cooking but did make paella the other night. Turned out really good. But with just the two of us we have to eat the leftovers for a couple of days.
Well think our cool weather is over. Yesterday it didn't even reach 100! But will be 101 today and by end of week well into the 100's  -  105 to 108. Enjoyed it while we could. Also it about the beginning of monsoon season so the humidity will be going up some. UGH.
We are hoping to get in the RV sometime around the end of the month and go somewhere cooler. The only problem is the only places cooler are also higher. So far we've made three completely different routes. Every time we think we have a route we change our minds. I'm using a new, to me, program. It is an on line program called RVTripWizard. It is a good thing I can't get a hold of my hair or it would all be pulled out by now. It has a lot of good features, but a few no too easy to use features also.
Posted by Carol and Bill at 9:20 AM

Bill is doing nice work including the photos of the sunrise. I, too, don't seem to be able to remove Tioga George's blog link. I miss his wit, his advice to Rv'er's, his planning strategies when starting a project and just the blog. I never met George but read his blog from beginning until he was no longer with us. It will take some time.

Hope you and Bill are doing well and happy to hear your arm is back to normal....that was a little scary.

Is it cool there? Going to be over 106 for next week or so here.

Both doing fine now. Trying to figure out where to go in the RV to get out of the heat.