At last, we got out of the house for a bit.

Getting out a lot this week. First to the eye doctor then Bill had an appointment with the cardiologist. Who of course, set up appointments for two tests for Bill. They are scheduled for next week.  Then of course, the appointment to find out what if anything the tests showed.

The waiting room at the cardiologist is quite small so they were only letting in the patient, any one with patient had to wait outside until patient went in to exam room. Luckily when we got there there were only two other people waiting. So they let me stay in the waiting room. It was 107  - outside - in the shade. Every one was wearing masks. Someone to open the door and hand sanitizer every where.

This morning we took the car out to get gasoline, on the way home we passed Sam Boyd Stadium, where the college football team plays. In the parking lot is a huge testing site for Covid -19. All the orange posts for directing traffic. No charge. I forget how many tests they can do in a day, but it is a whole lot. You can see the tops of the tent like things where the tests are administered. 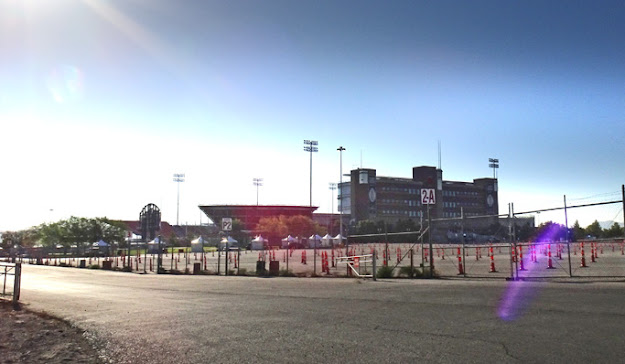 The Army National Guard were manning the entrance and registration area. I hope they have some way to keep cool. We are going to be close to 110 today and over 110 until Monday night. Then we have some really cooler weather coming in. ONLY 95! 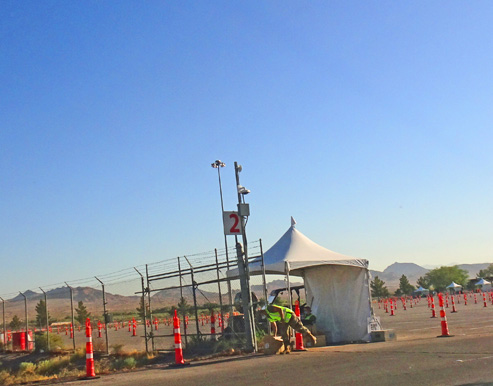 Signs on all the streets leading to the testing sight. Telling people where to go. 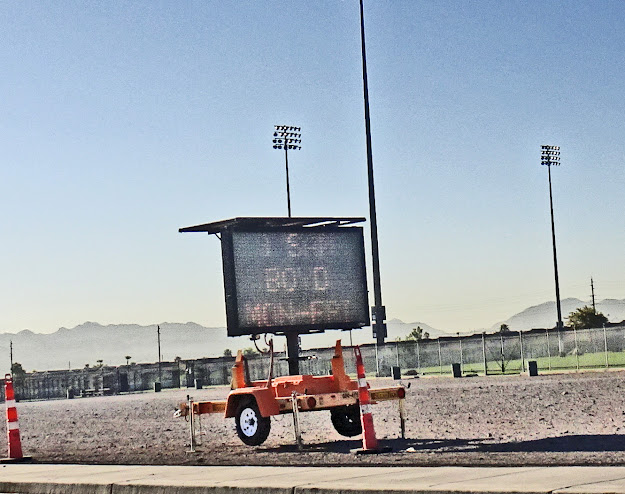 Going through some old pictures on computer and ran across this one.  Gil and first wife in upper left, Paul and first wife in upper right. Me and Bill in middle. Dennis and his daughter and stepson in lower left and John, Debbie and their three children in lower right. We all had our pictures taken at an old time photo place here in Vegas. Many, many, many years ago. Paul has a grand daughter, Dennis has three grandchildren and John has five grandchildren. Wish he'd lived to see them. Our fifth son, Randy, didn't get his picture taken. 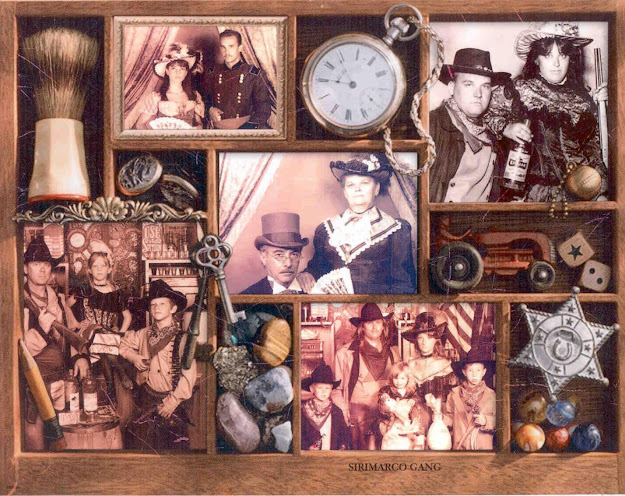 I got up early enough this morning to get out for a walk before it heated up too much. Got in about one and one half miles. But need to get out earlier, was pretty warm by the time I got home at twenty to eight.
Going to try another meal in the air fryer tonight. Almond crusted tilapia and roasted sesame vegetables [onion, red pepper, sweet potato and carrots.] Well it turned out pretty good, everything was cooked but not over done. 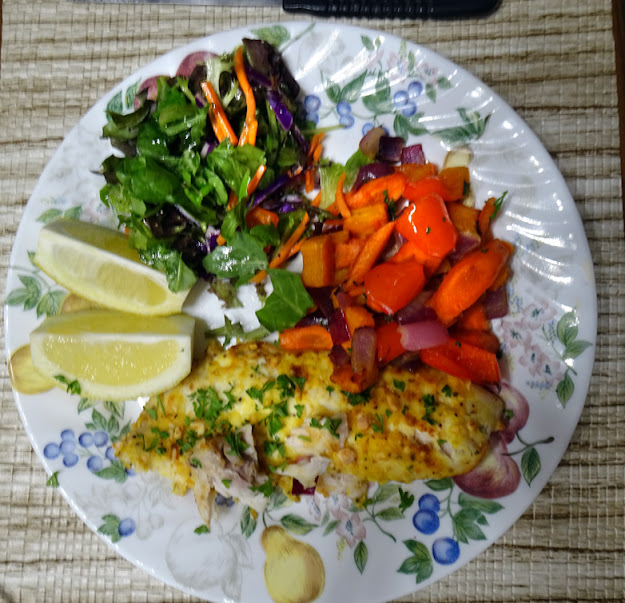 Modified some of the masks that I made. When I made the first ones I didn't put any thing on the top of them so they could be formed to the nose. So finally got some pipe cleaners and added them. So now we can pinch them closed around our noses. Just finished this puzzle. Lots and lots of pieces of pink that looked the same. To put in the last 10 pieces it took me 12 minutes. 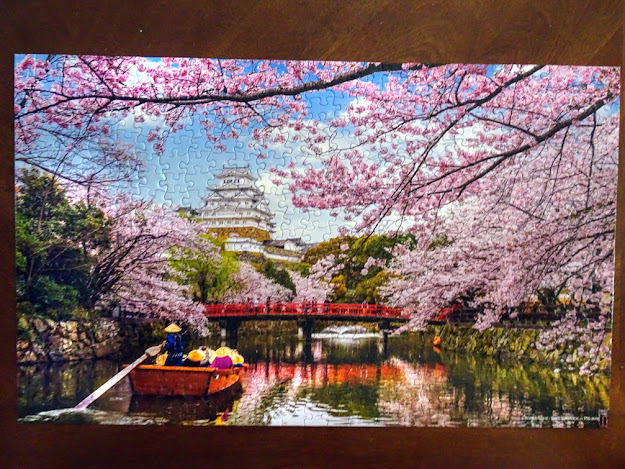 Tomorrow we get a grocery delivery and have an errand to run.

I went looking for pipe cleaners and couldn't find them anywhere. But then I found what they call "chenille stems" in the $ store, essentially the same thing but in neon colours!!

Just doing every day stuff is nice these days. Had lunch out with daughter Erika yesterday..first time since March. Love your old photos.

I love those old-time photos! Always wanted to do one with my mom and I.

Jackie, WalMart sells them in their craft department and calls them Fuzzy Sticks. They were out of them for a long time, when every one was making masks I guess.
Kathy -We got so excited when we had to go out to the bank, it was like a trip. Improved our moods for the day. Next couple of days we will be inside hiding from the heat again.
Barbie - One son and his wife (upper right) got one taken and then about three months later we were all in Las Vegas for son's wedding and everyone got a picture taken. 20 some years ago. I have the original 11 x 8s framed and hanging up.