It is pretty bad when "exciting times" are trips to doctor's offices. Two in the last two days. Had to wear a heart monitor, so got it Wednesday and had to return it yesterday. There is something exciting about it - I drove both days - by myself. It is very seldom that I go any where alone so Bill is usually the driver.

The smoke has been so bad here that it is really bothering Bill. One of his lungs was damaged badly when he was in his early 20's, so if there are a lot of pollutants in the air he has problems. He was laying down and I got thinking about getting an air purifier. So went to WalMart web site and found one that had great reviews. Its a Honeywell HPA series 200. Thought about it for a few minutes then ordered it. It was delivered within the hour. Bill was up so we got it set up and running. Within 40 minutes he was breathing better and feeling much better. Why did we wait so long to get one? We can set it to run all the time or in hour increments. Right now it is running all the time. It is also very quiet. Lots of smoke here again and will be for a few more days. Also going back up into the low 100's for a few days. 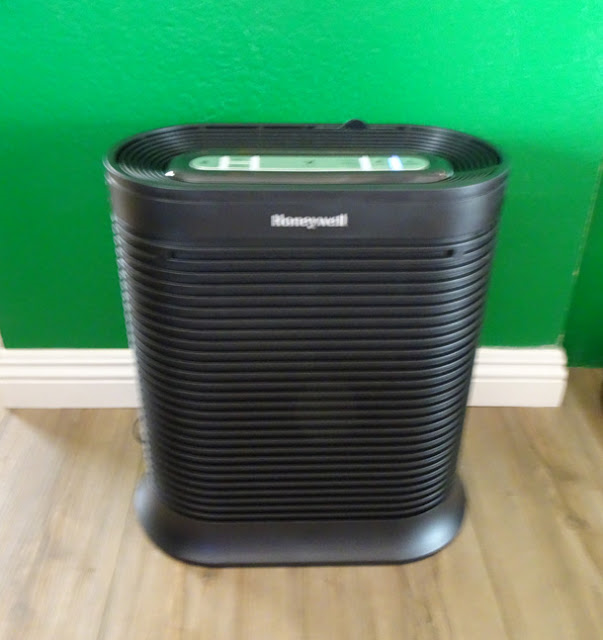 Bored yesterday morning so fixed breakfast. A scrambled egg, ham, green onion, mild salsa and cheese mixture in pie crust. I made it before but messed it up first time. Can't put hot eggs on pie crust they dissolve the crust. Al;so have to let the pie crust sit a room temperature for a bit. And this time I put in more of the salsa. Was very good.  Oh, I cooked it in the air fryer [cooked eggs in pan first] 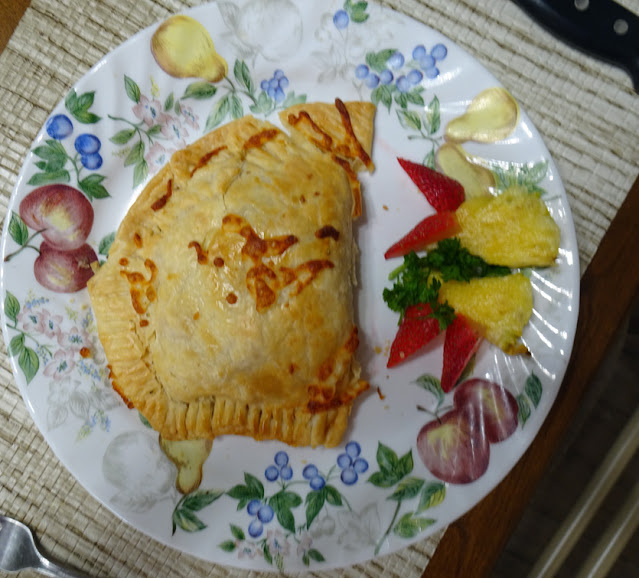 We were both full for hours. Again I drove myself to the doctor. Forgot how much I enjoy driving my mustang. In and out and home in just a few minutes over an hour.
Another puzzle from same box. This one 300 pieces. Sure is a pretty looking place. Coast of Italy. 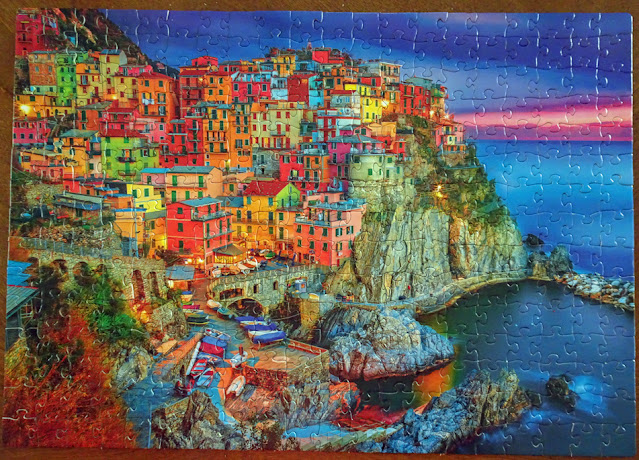 I thought about going out for a walk this morning, but after looking at the air  smoke decided not to. Also it was warming up quickly this morning.
Not much else going on. Watched a couple of NASCAR races on TV. Today is one of the big races for the cup cars in Bristol. Four of the drivers will be eliminated from the championship run after this race.
Hope the #18 gets to move on. Tomorrow soccer begins again.
Thinking about cooking an early dinner in the air fryer - potatoes and breaded chicken. Just thinking about it...

I always have a hard time commenting. Trying again. Know that I read ever single one of your posts. Thank you. Love your humor!!!! Dirk

Hi Carol: We bought our fist air purifier 30 years ago when Larry was having some severe allergy issues. We put the first one in our bedroom and started keeping the door closed, it was amazing how much better he felt when in the bedroom. We now have four, we run three of them 24 hours a day and turn the forth one on in the spring. You will be amazed how much dirt gets trapped in the pre-filter. We seldom change out the HEPA filter but we regularly replace the pre-filters. You can buy the pre-filter material in bulk via Amazon. We even have a piece of it attached to our HVAC intake using Velcro.

Dirk - good to hear from you. Hope all is well with you and yours.
Ruth - We are debating buying another one for the computer room, as we both spend quite a bit of time in there. Thanks for the info on the bulk pre-filter buying.