Lots of excitement the last couple of days.

After being cooped up for five months any thing different is exciting.

Except our weather, it is downright too hot. BUT check out Mon, Tues, and Wed - in the 90's. Hopefully after this weekend the worst of the heat will be gone. 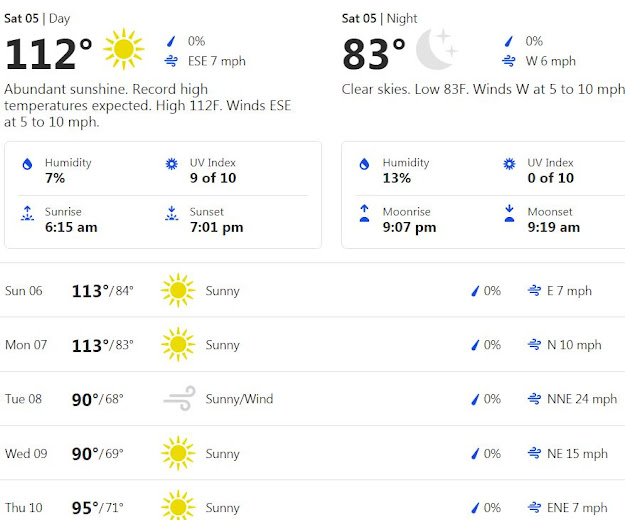 Friday was a busy day. Bill called his brother about 8:30 in the morning to wish him a happy 92nd birthday. He wasn't home! He was out taking his DAILY FIVE MILE walk. Good for him. We did talk to him later in the day though.
Then we had an errand at the bank. Have to call and make an appointment to go inside. The doors to the building were opened for us both coming and going. There was one teller and two bank officers and the guy opening the doors. Everyone was masked. So weird, like there was going to be a big robbery by the personnel.
Then we came home and spent HOURS trying to get this new Mavic Mini drone working. The drone itself was fine it was connecting it to the iphone that drove us nuts. To me, just my opinion, it is a very user unfriendly phone. Any way - here is its maiden flight. Too hot to go outside. 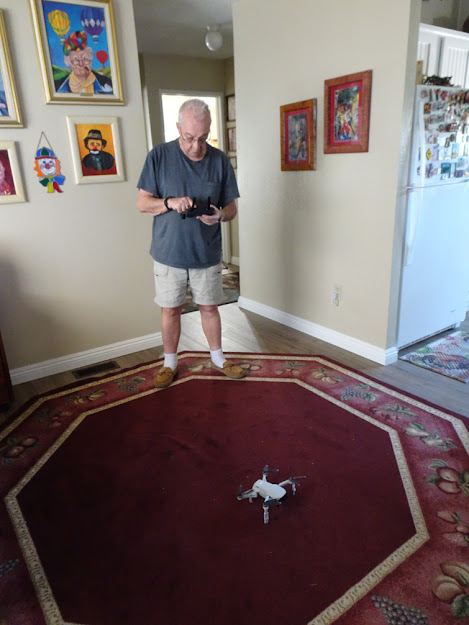 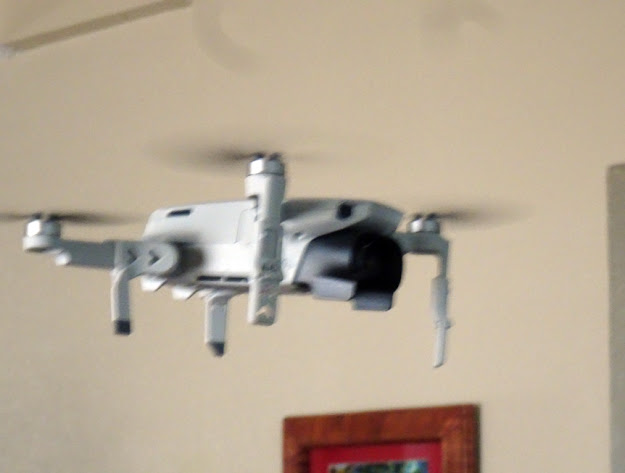 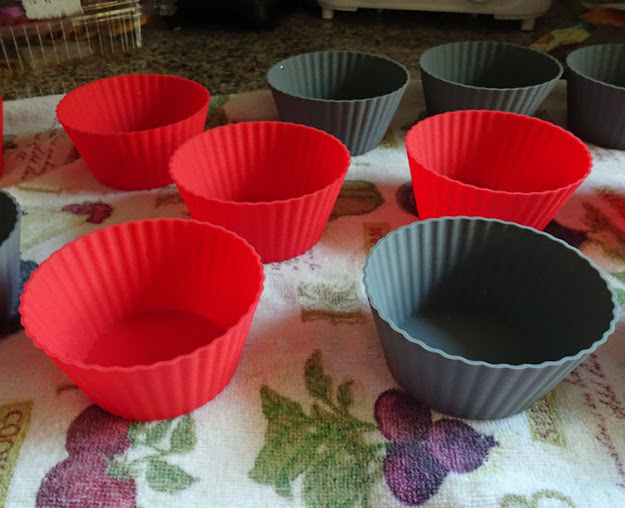 Boy watched part of the Las Vegas Knights game - the seventh game - it was a nail biter. That Vancouver goalie is something else. 98 straight saves! But the Knights finally won. On to the semi finals. Yeah Knights!
This morning I decided we needed some new potholders as ours were getting kind of icky. And I already had oven proof material for the inside. So why not make them. Now I know why I failed 7th grade sewing class. For some reason I had a terrible time making them. They will do until I find some I want to buy or make some more and spend a little more time planning on how to make them. 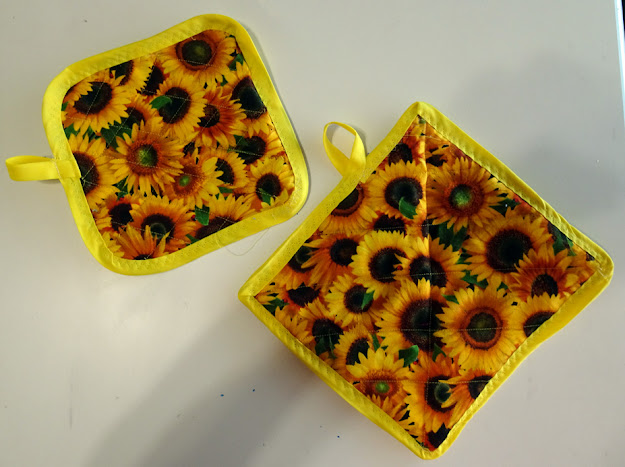 So the silicone muffin cups. I wanted them to make individual quiches for dinner - in the air fryer. They were asparagus, turkey bacon and egg. Bought premade pie crusts but had to roll them out to get enough dough for four cups. Good thing when we had the flood I had to clean out the cupboards cause before that I didn't know we had a rolling pin. They took longer to cook then the recipe said, but turned out pretty good. Next time will add cheese to the mix. Also did the carrots in the air fryer, but ended up having to put them in the microwave to finish cooking them. 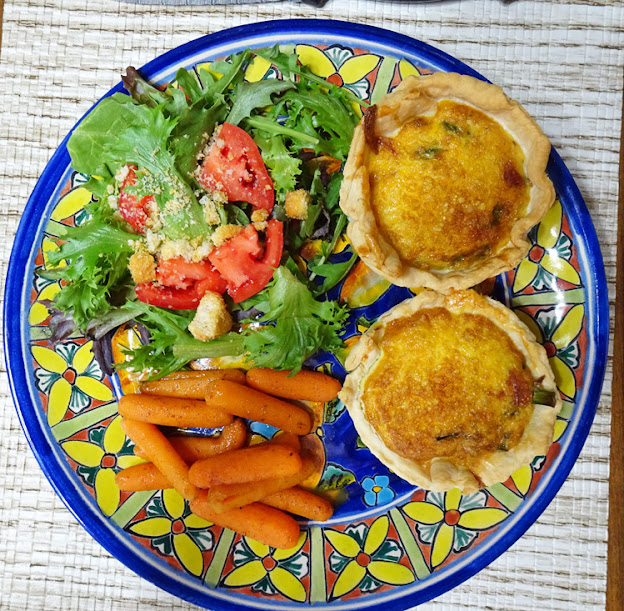 The pest control came on Friday, just sprayed outside, no problems inside at this time. Also got a delivery from WalMart. They substituted antibacterial salve for a bottle of alcohol. Not what I wanted, but can always use it.
Today watched a NASCAR race, boring until the last five laps. The two lead cars hit the wall and the guy in third ended up winning the race. Also started a new 300 piece puzzle - its of four puppies sitting in a row. All the pieces are shades of brown!
On Friday we found out an RV was stolen from the back RV lot, not the one we park in. So Bill ordered a big old lock to go on the wheel. Have to put it on tomorrow, if it fits...Would hate to go up there and find an empty space.

Your dinner plate looks delicious! There are silicone loaf pans for baking, too. I have never used any of them but did notice the crust on the quiche browned nicely. How much do you like the air fryer - you seem to like to experiment with it and good for you. Hope you do get the break in the high temperatures you have had for such a long time.

SO, do you have to wash out the silicone cupcake containers? Also, do you serve the quiche in the cups? And are the easy to wash? They sound very interesting.

Sandy - the loaf pans are too big to fit in the fryer so had to go with the cups. The bottoms of the crust did not brown at all. But otherwise they were good. I am trying to like the air fryer, that is why I'm doing so many different things. Bill loves it for french fries and to roast red peppers.
Judy - when we first got them I washed them in dish soap and hot water, then let them air dry. I sprayed them with a spray oil before filling them. The quiche just popped right out with a little squeeze to go on the plate. . Washed them with dish soap and water and let air dry again. Nothing stuck to them. So far I like them, but time will tell. They hold their shape while putting the ingredients in them.