We left Lakeview this morning at 9:30. Drove south on the 395 into California The road was good and the morning weather cool. Very little wind. 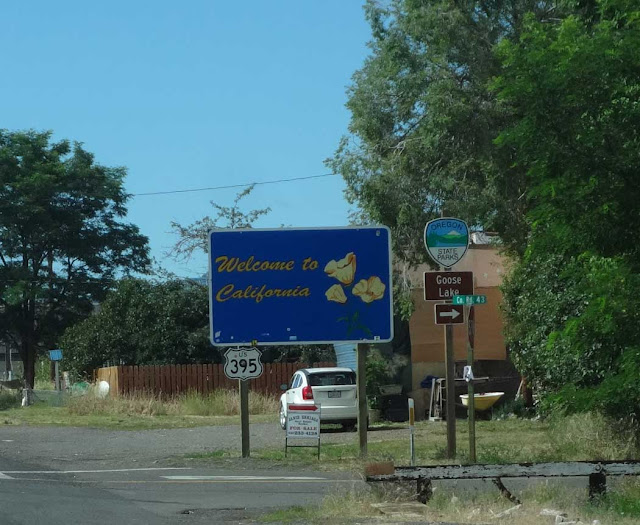 At one time we could see Mount Shasta WAY off in the distance. Lots of snow still up there. 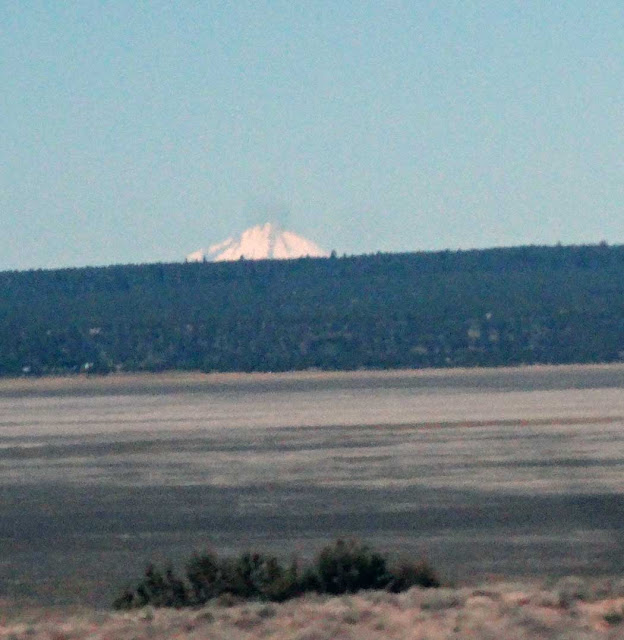 A few parts of the highway had lots of trees. Most was farming or just brush. 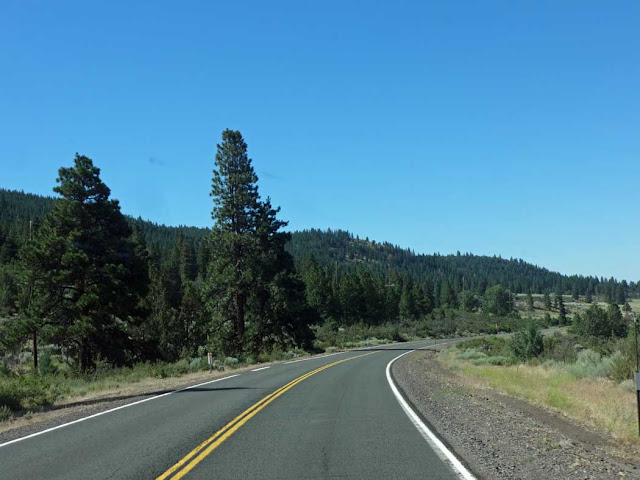 I like the colorful roof on this building. Around this same area we met a big black cow walking on the shoulder of the highway. Too surprised to take a picture. Shades of Mexico. 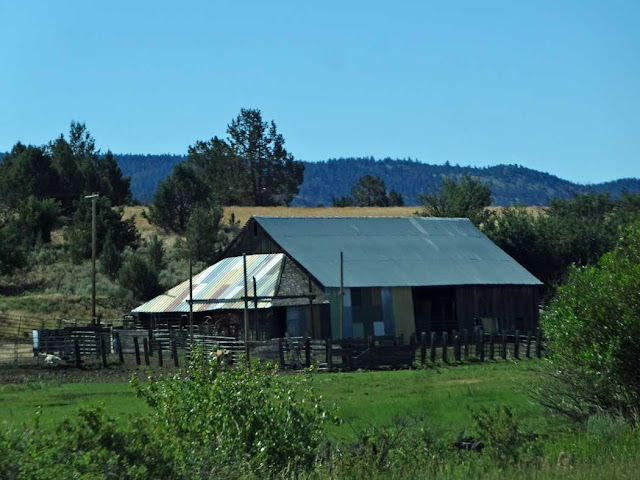 Thought it was interesting how this rock was shaved off for the highway. 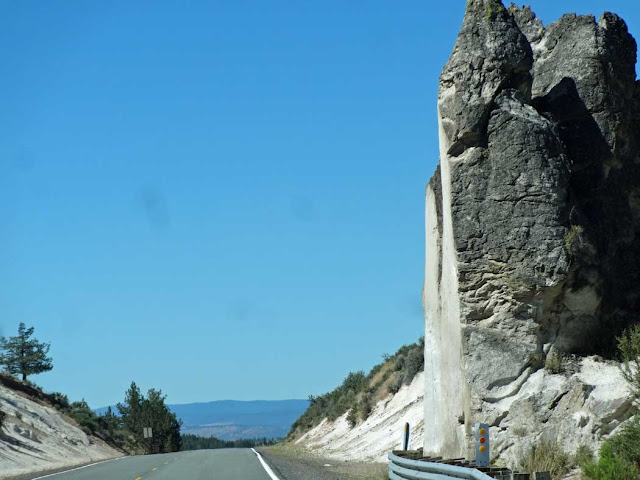 The only town of size we went through was Alturas, CA  It had a couple of murals that I tried to get shots of. They were across the street for each other. 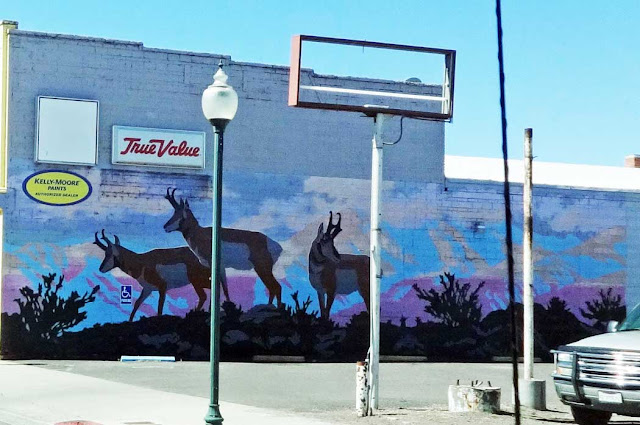 The first stones for what was originally named the Curtis Hotel were laid near the dusty main street of Alturas in 1908. In 1912 Jay Eugene Niles purchased the building, completed the 2nd and 3rd floor rooms, and renamed it the Niles Hotel.

For many generations the Niles Hotel was the social center of Alturas - - the meeting place of cattlemen, railroad workers, farmers, loggers, salesmen, tourists and local businessmen. When the Niles Hotel was first built, each of the sixty guest rooms was furnished with a wood burning stove. During winter months the hotel guests would keep warm in their rooms by purchasing an armload of wood at the lobby desk for two bits. 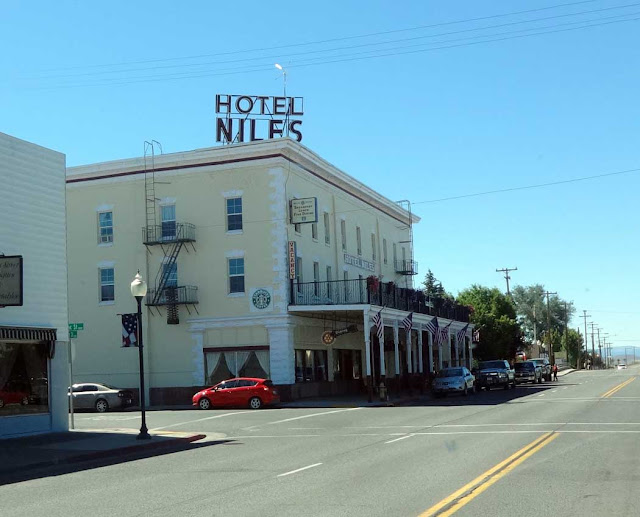 I wonder if that was an old sign or if there really is a Sears store there. 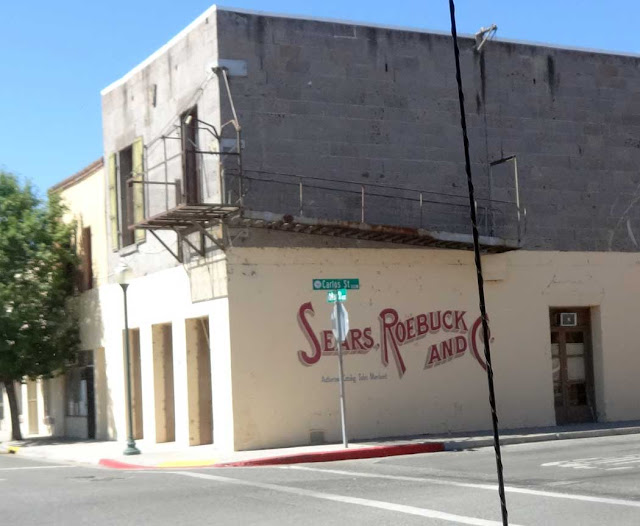 We are spending the night at the Days End RV park in Standish, CA. You can see it in the upper left of the photo. This is the whole of Standish. 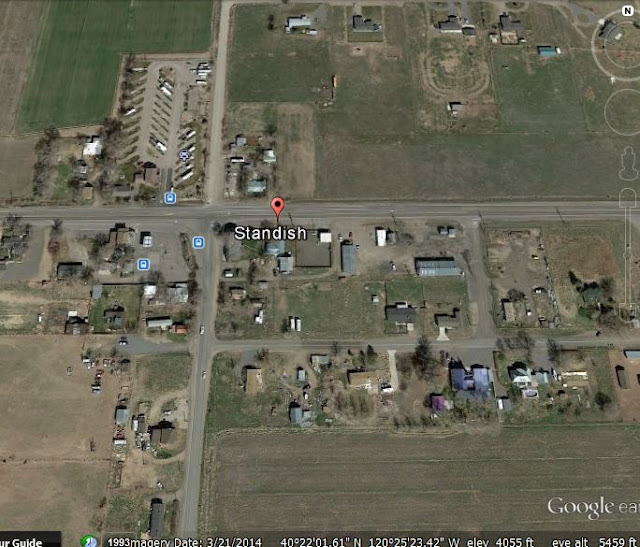 You can read about Standish, CA here  It is kind of interesting. It is one of those towns that makes you wonder WHY? Why is it even here.
The owners of the RV Park are life long residents of the town. It is a very nice clean park. Big pull throughs, good WiFi, they have cable TV available, laundry and some shady sites. Our satellite TV came right in. With Good Sam discount it is $29.70 a night. There is a gas station, mini market across the street. 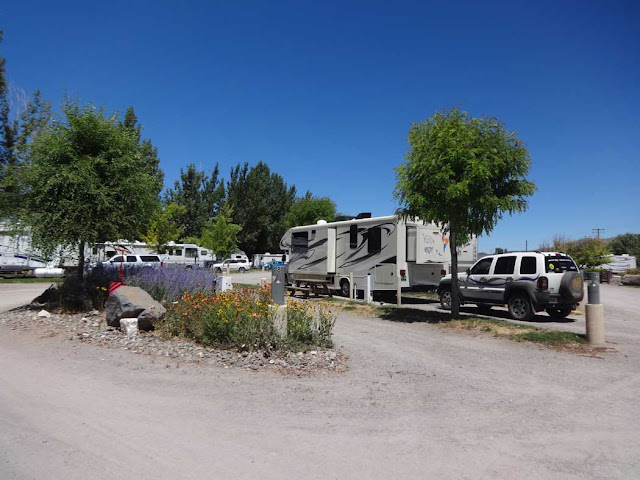 Standish Hall was constructed in 1907 with ground floor commercial space and second floor lodge hall. Historic photos show the wood building with a tall roof parapet and second floor balcony. The parapet was modified in the 1950s to its current appearance. The second floor door to the balcony was closed off in the 1930s and the balcony, which also served as a canopy over the ground floor entrance, was removed for safety reasons in 2002. The property was listed at the local level under Criterion A in the areas of commerce, recreation, and social history during the years 1907-1954. The second floor meeting hall was used by several organizations, including Odd Fellows and Native American Daughters of the Golden West, and for local social gatherings. The ground floor space was used as a grocery/mercantile store supplying dry goods, meat, and hardware items to the small community of Standish. - this is what is left of it. 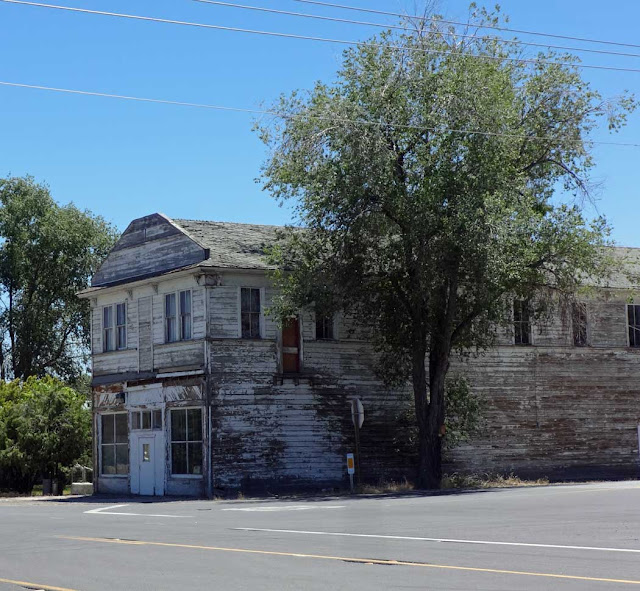 Just some pretty flowers in the campground. 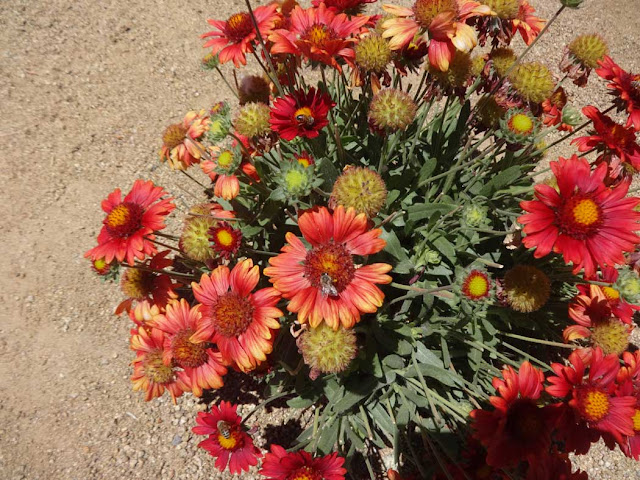 Tomorrow on to Carson City, NV for a few nights. Shouldn't have complained about the cold - it is hot today. And going to be hotter as we go south.
Posted by Carol and Bill at 4:20 PM

On our visit to this place, we mostly stayed downstairs, where the beer and liquor selection was quite admirable. The staff at venues in San Francisco really pride themselves on the beers and food they have.

I built Days End RV PARK and was responsible for listing Standish Hall on The National, State and counties registers of historic places. Many years of hard work.