We went over to the other side of town yesterday morning to visit with our youngest son. Wanted to do it before all the drama with doctors begins for us.
Also I wanted to the the Lady Liberty statue in front of New York, New York. She is a big Golden Knights - our NHL team. 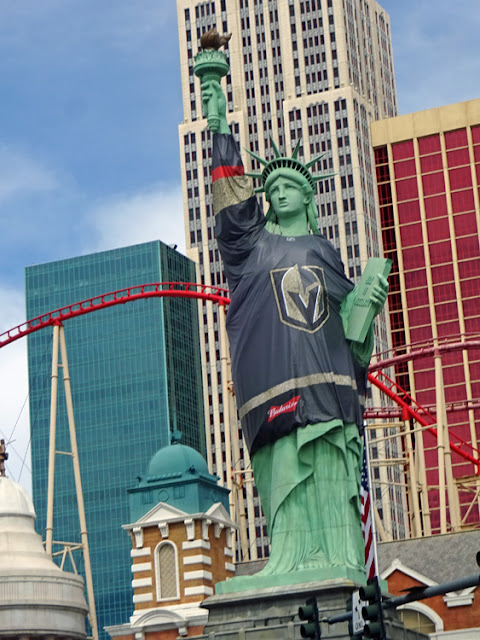 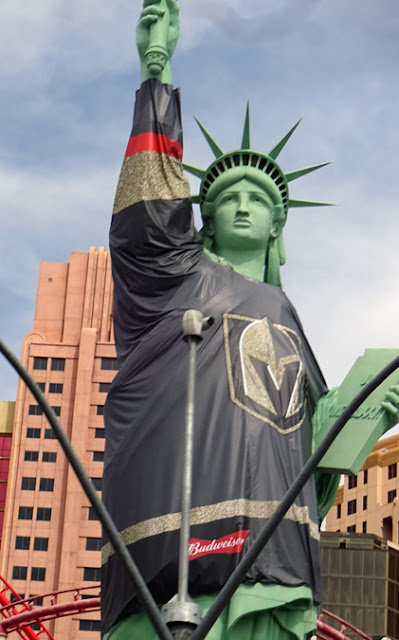 Some information about her jersey.

Lady Liberty is turning heads on the Las Vegas strip in a massive Golden Knights Jersey.
It took crews six hours to dress the Statue of Liberty outside of the New York-New York Hotel and Casino.
The jersey stands 28 feet tall and weighs 600 pounds, the Vegas Golden Knights said in a tweet. It took 400 man hours to make it.
Golden Knights fans said it's a fun way to show off our city's team spirit.
"It's so amazing coming down Tropicana and Las Vegas Boulevard to see that. It's what Vegas is all about. We're different, we're exciting," one Golden Knights fan said.
"This is just, (the) entertainment capital of the world right? This is us," a Las Vegas local said.
The jersey was made by locally based company, Screaming Images.
It will stay on the Statue of Liberty throughout the playoffs.

Last night was their 7th game in the playoffs. So far they've won 5 of them. But last night was an away game in San Jose and they lost to San Jose Saturday night - after beating them 7 - 0 in their first game. The game last night was a nail chewer.  We were leading 3 to 1 until the last two minutes of the third period. Then tied up. Knights did win in overtime. Yes!
After visiting we headed home - stopping at grocery store. Nothing else exciting.
Our weird skinny front/side yard is starting to look pretty. Plants are all blooming. The house very close next door has people moving in. They are going to build some kind of fence I guess. Fine with me. We never use our front door and only go out there to see the plants. 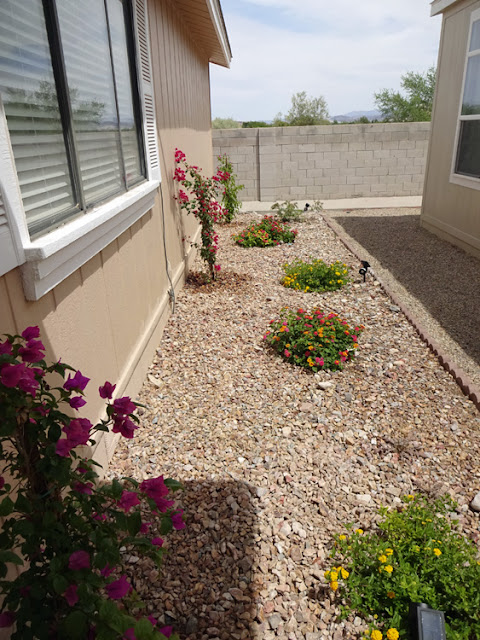 And see we really are nice, at least at the front door. [refer to last post.] 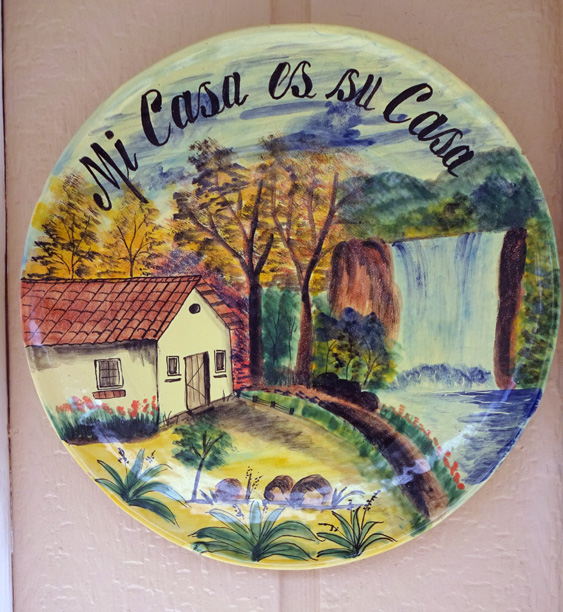 Also going to back up my computer as it is the end of another month. Also cleaned off my exterior hard drive. Don't think I need stuff from 2007 any more.
Just listened to weather report. Surrounding mountains predicted to receive 2 to 10 inches of snow! We here in the valley are supposed to get rain. So far about 105 drops. But dark cloudy skies.
Posted by Carol and Bill at 9:37 AM