Happy Mother's Day to all you mom s out there.

Happy Mother's Day to everyone. Here it is a brownie kind of day. So I made some. Why brownies you ask? Mainly because it has been a bad sports weekend. First the Golden Knights Hockey team lost, then the #18 NASCAR [my favorite] car finished 10th - when he'd been 3 - 5 the whole race. And today Barcelona soccer team lost the first game of the year. To a team on the bottom of the league. They only had to win today and one more game to have an unbeaten season. Even the announcers were shocked.
So therefore - brownies. 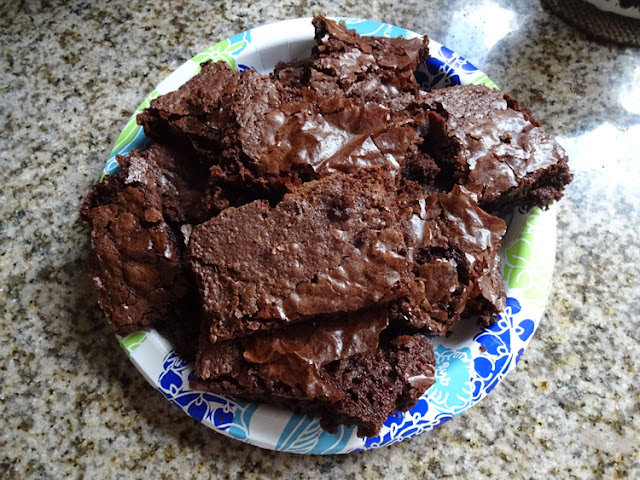 Bill is having some dizziness from his eyes - one sees one thing, the other one sees things differently. He goes back to the eye doctor Tuesday. Hopefully he can suggest something to do, his next surgery isn't for a week and a half. When he doesn't want to drive I know something is wrong. Maybe he should get a pirate patch for one eye?
This morning it was so nice out - no wind and sunny - I took a walk around the neighborhood. The club houses are kept so nice. 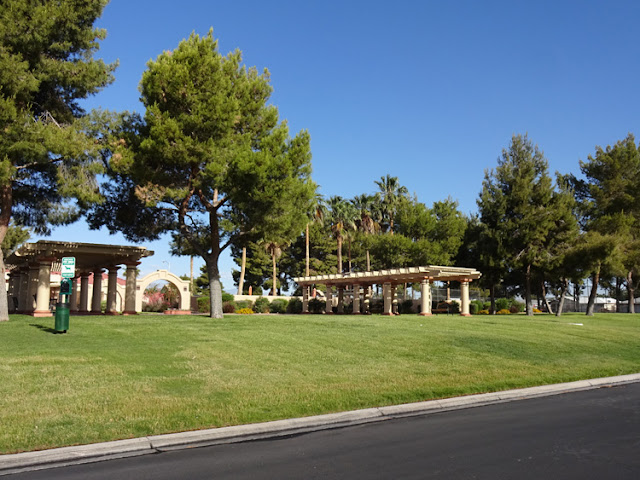 Had quite a discussion with this raven. He was in the middle of the street and spreading his wings and screeching at me when I wanted to go by him. We both just stared at each other for a bit, then he finally moved to around the corner. 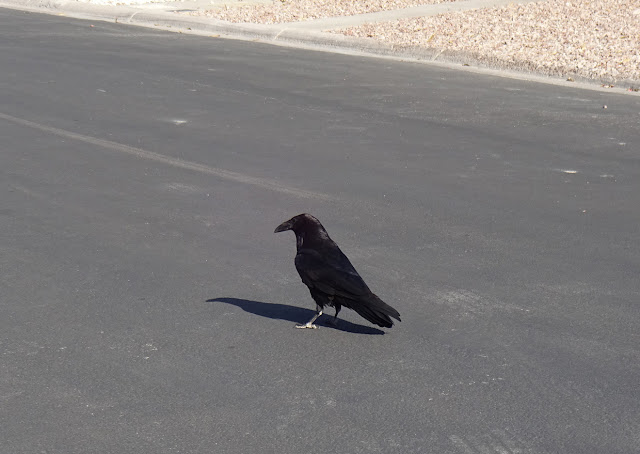 Now this is my kind of exercise. In one of the yards that I passed. 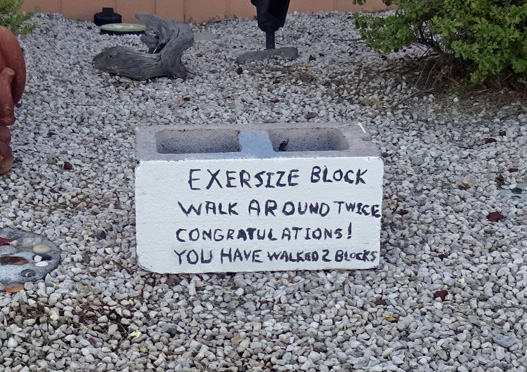 Lots of the cacti were blooming. Such ugly plants and such pretty flowers. 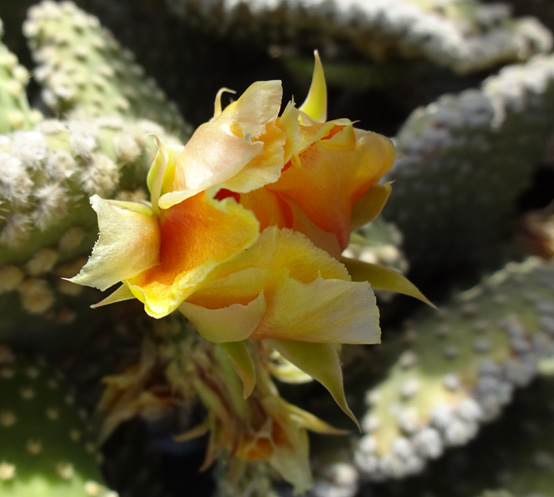 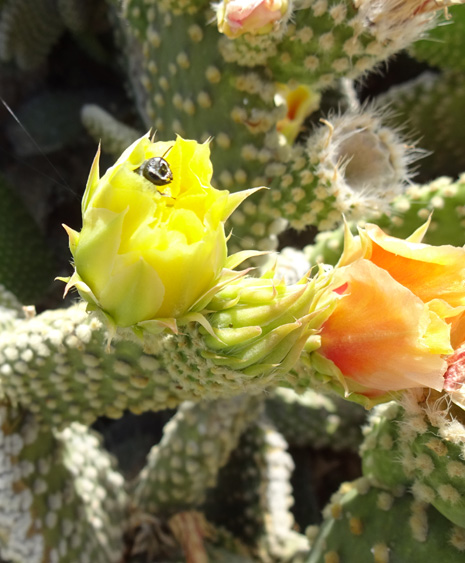 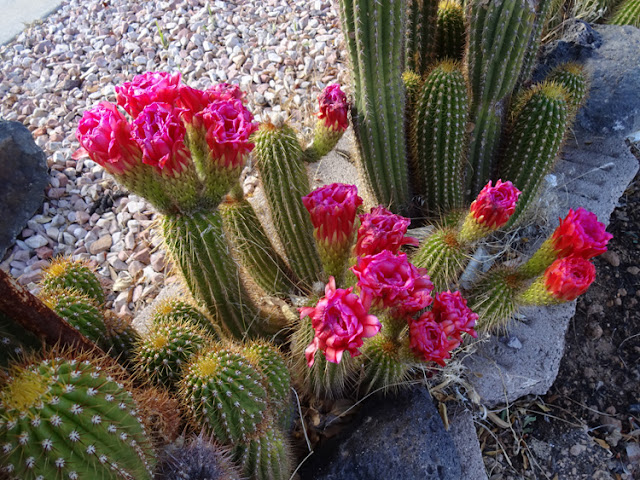 Talk about full of flowers... 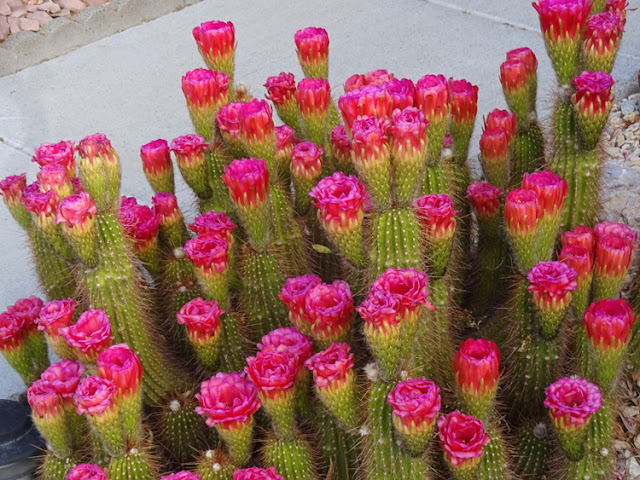 One of our cactus out front has a couple of blooms almost ready to open. Will have to keep watching it.
Worked some more on my quilt. Getting ready to add the sashing. It is not a full sized quilt, just a end of the bed throw or for over the back of the couch. Just some Christmas color. 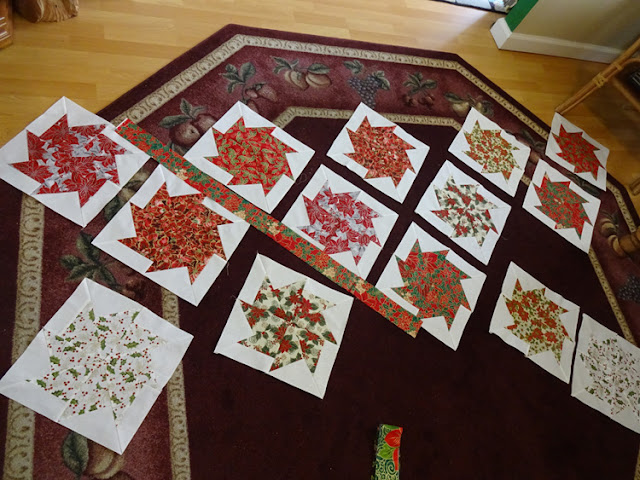 That is about all that is going on. Weather is beautiful high 80'[s low 90's. But I notice the wind has picked up again.

I am sorry for the Knights but GO Winnipeg!!!

I would love to see the desert as it springs alive with flowers!

Hello Carol, Hope you had a wonderful Mother's Day. I hope Bill is feel better. I will be praying for a speedy recovery. And praying for the hands that perform his upcoming surgery. Stay Cool!

any excuse is good for making brownies!