We took a ride looking for something and ended up in Bouse. There are already several RVs parked out in the desert. 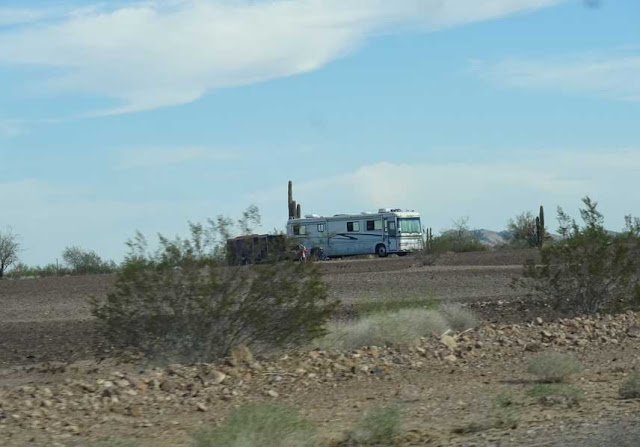 From Quartzsite we took Plomosa Road a nice two lane road heading east through the desert. 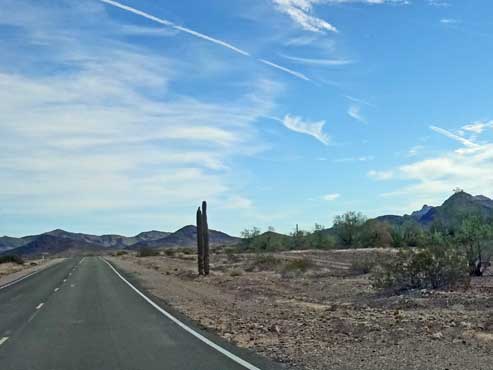 Well it was nice for most of the way. Guess there was some flash flooding along here. Dry now though. 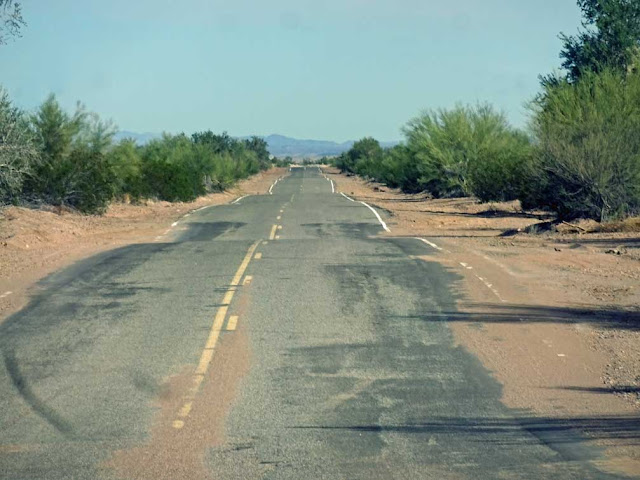 We missed what we were actually looking for but ended up in Bouse (pronounced to rhyme with "house")  a census-designated place (CDP) in La Paz County, Arizona, United States. Founded in 1908 as a mining camp, the economy of Bouse is now based on tourism, agriculture and retirees. The population was 996 at the 2010 census.
Why did we go to Bouse - well because it used to be part of
Camp Bouse
Established in 1942 by Gen George Patton as one of the eleven bases of his "Desert Training Center". 9000 GI's were housed there. Training was conducted with the secret "Canal Defense Light". Dismantled and abandoned in 1945. A few foundations, Roads, rock foot paths, rock decorations and the Division insignia laid out in rock are all that remain. 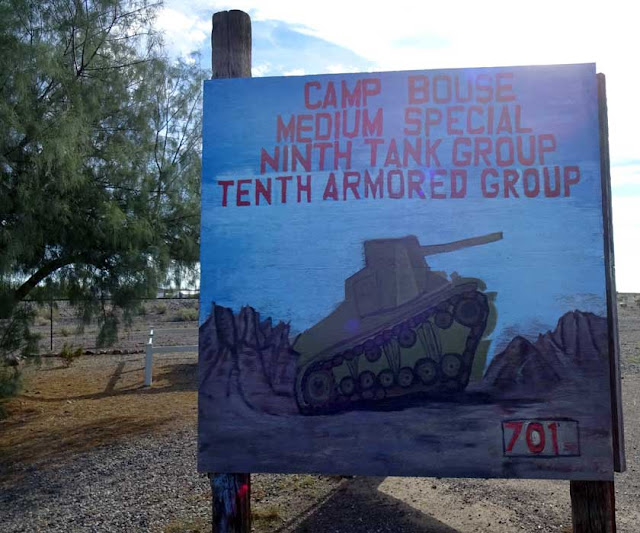 We did not go to the actual camp site but visited a great memorial to the soldiers who were there. 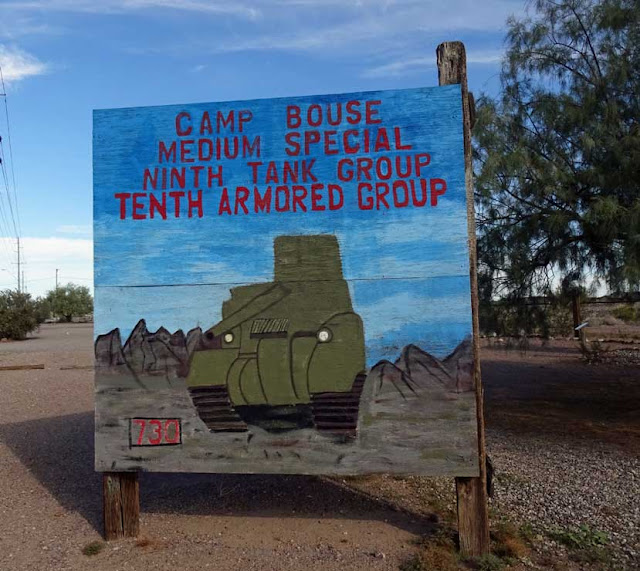 Two tanks were on display right next to the highway. 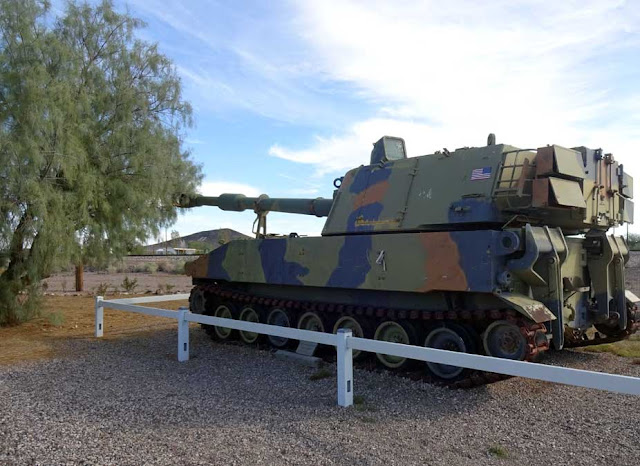 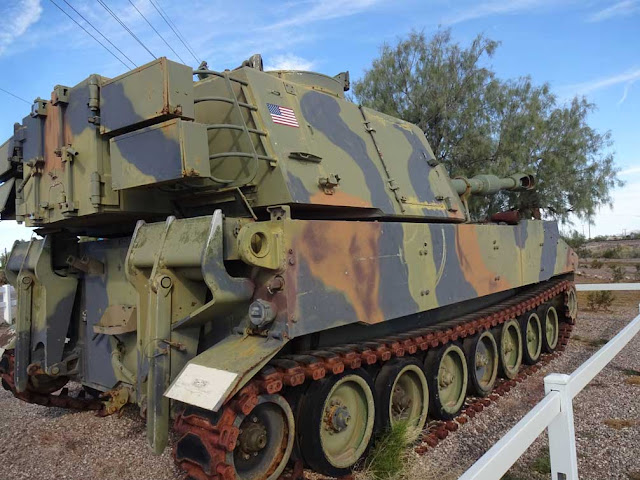 The second tank was an M-60 Patton Tank. 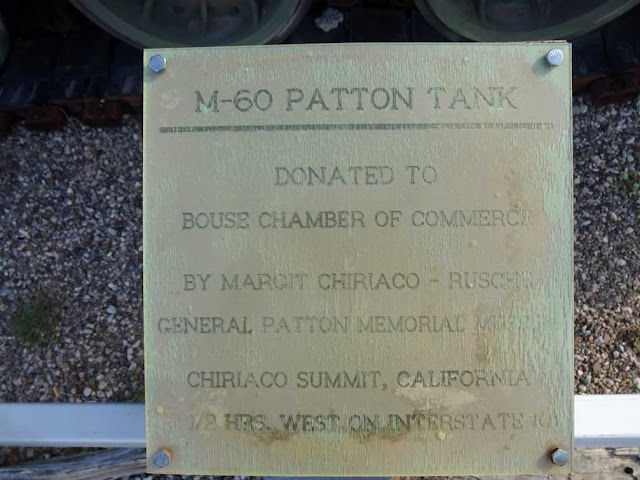 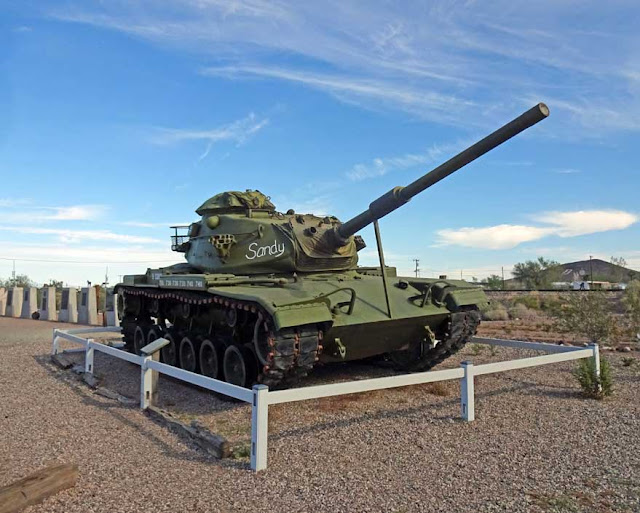 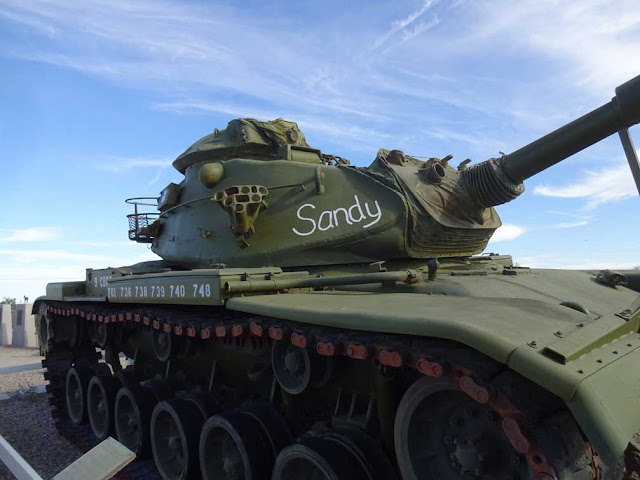 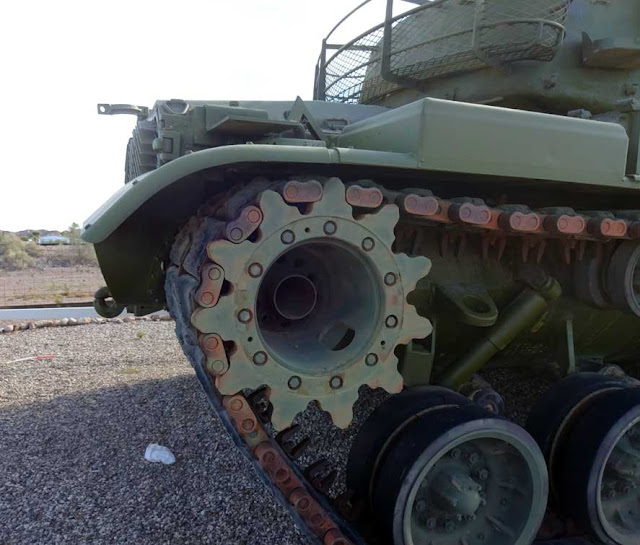 There were several bronze plaques with lots of information on them. Hard to get pictures of them the way the sun was reflecting on them. 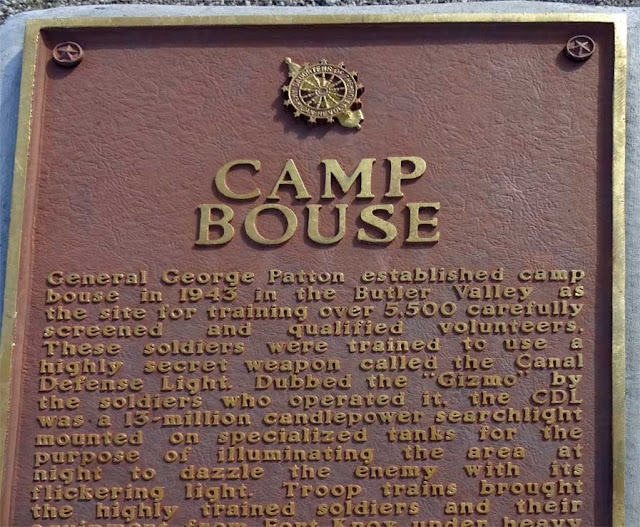 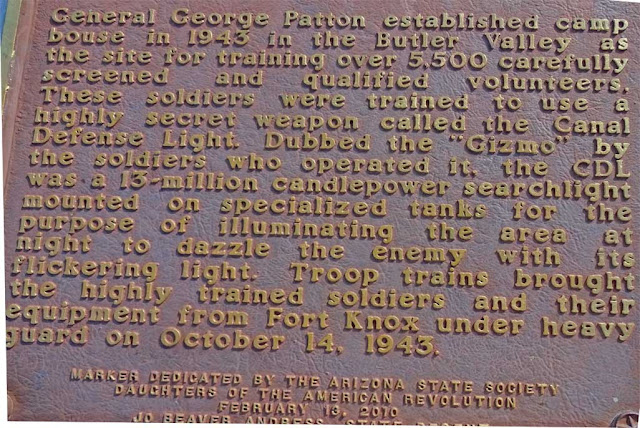 An old truck on display. 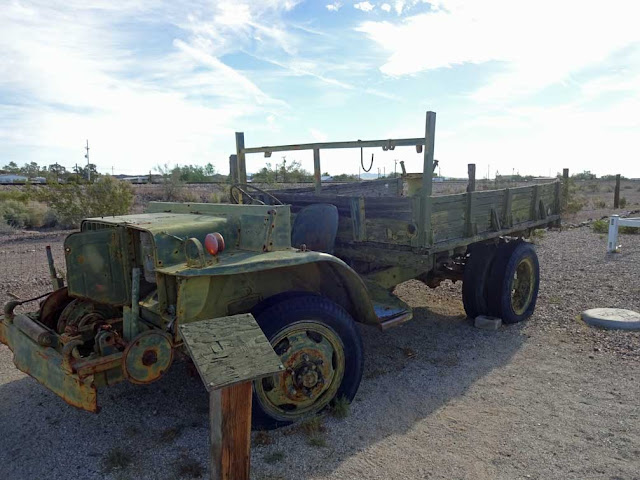 Hard to read but interesting. 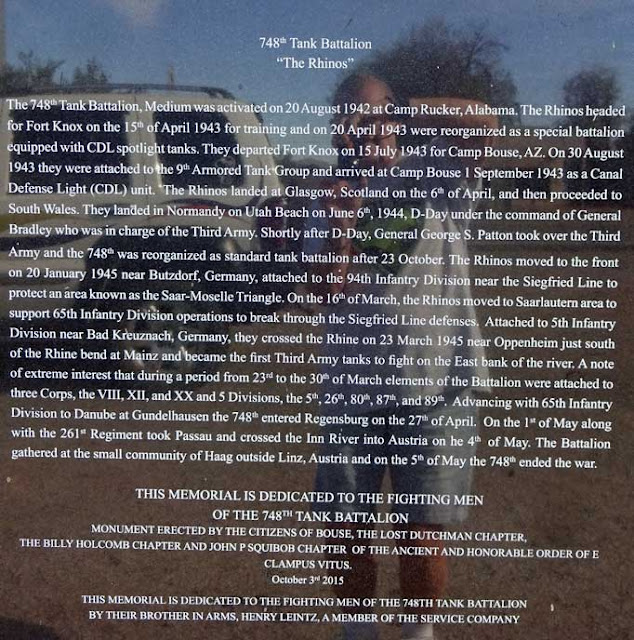 Thought this was neat. 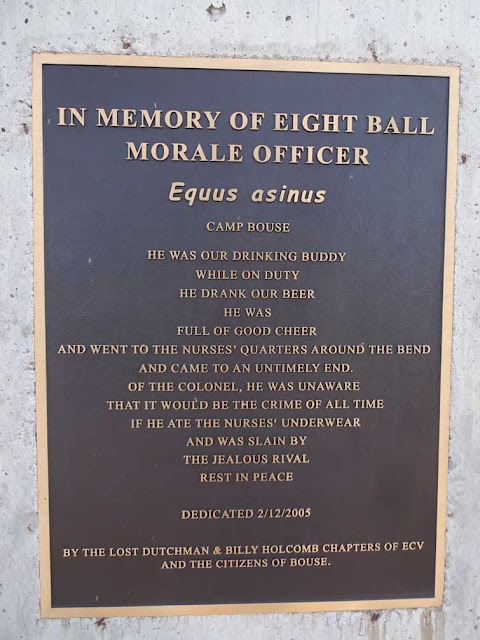 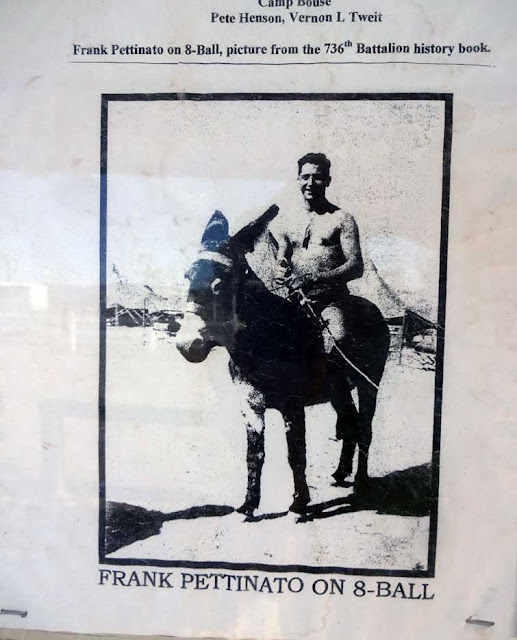 We spent quite a bit of time reading the plaques. Just a few of them. 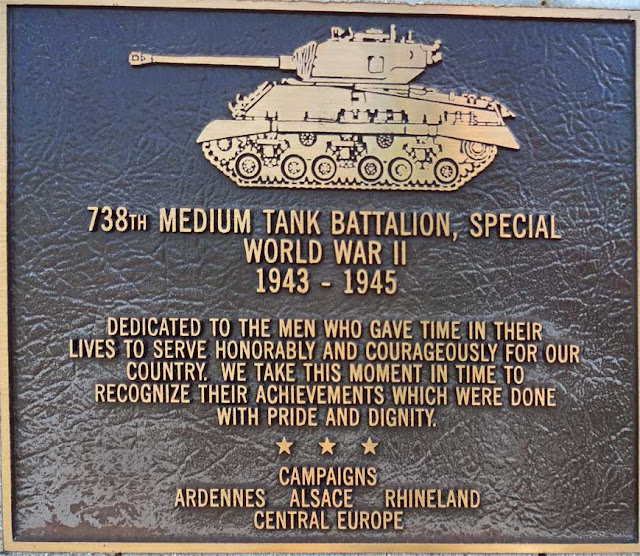 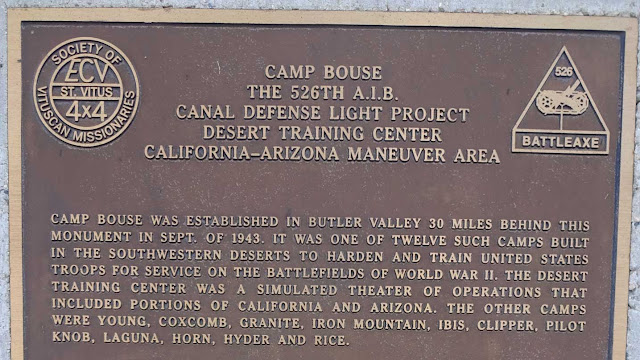 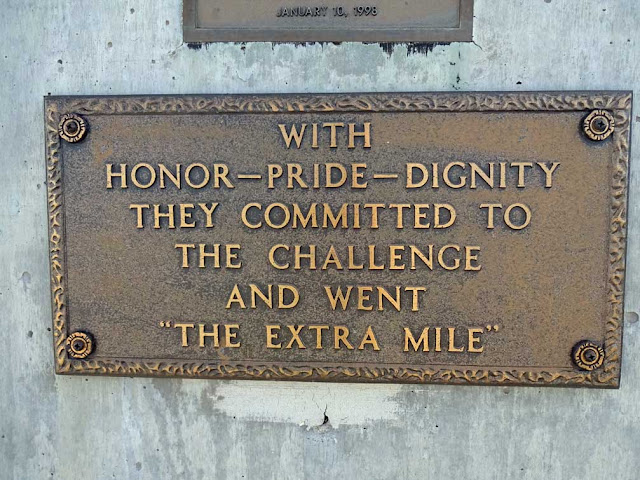 Rather strange cement walls at one end of display, ruined buildings maybe? 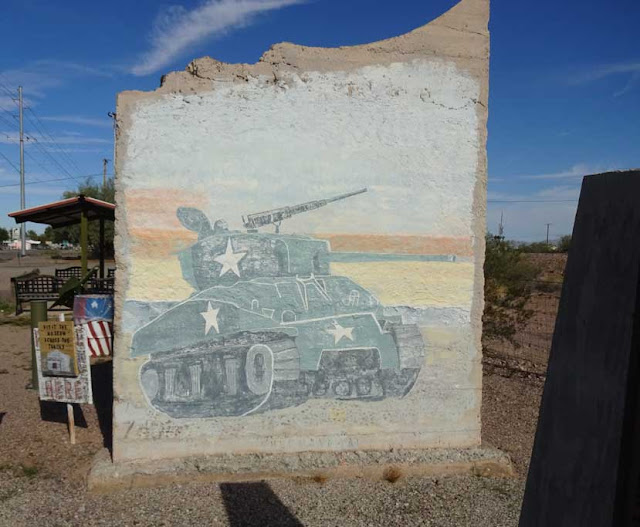 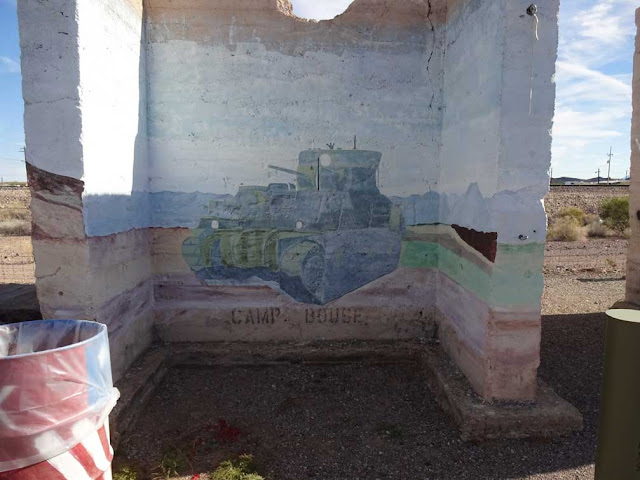 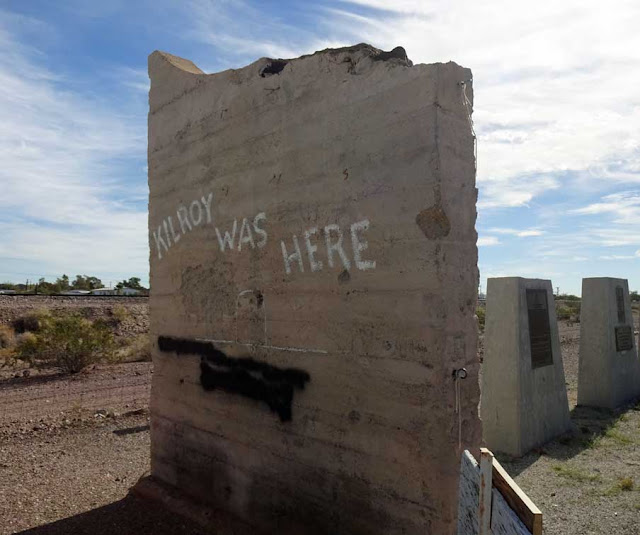 Looking down the area. 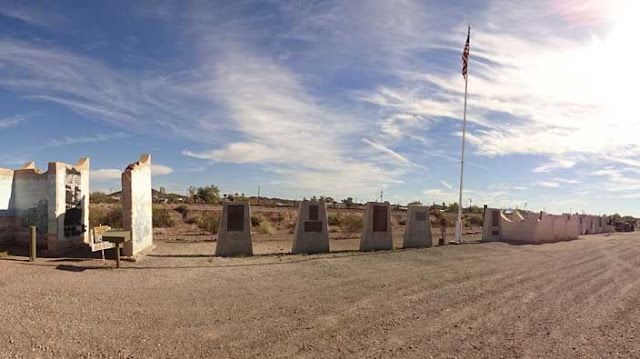 From the other end looking back. 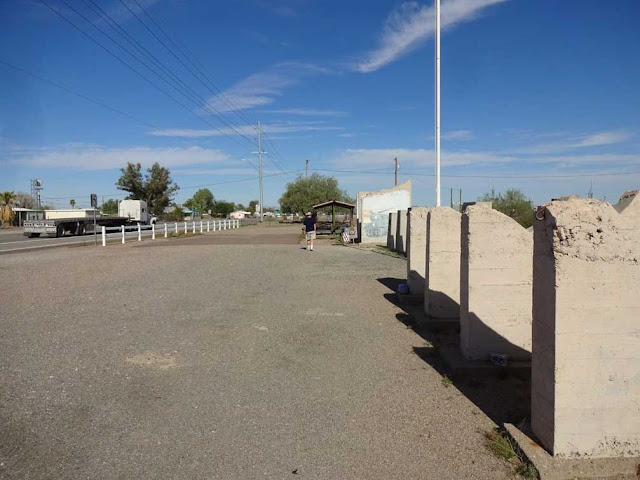 Some one painted a whole bunch of rocks and placed them along the fence. 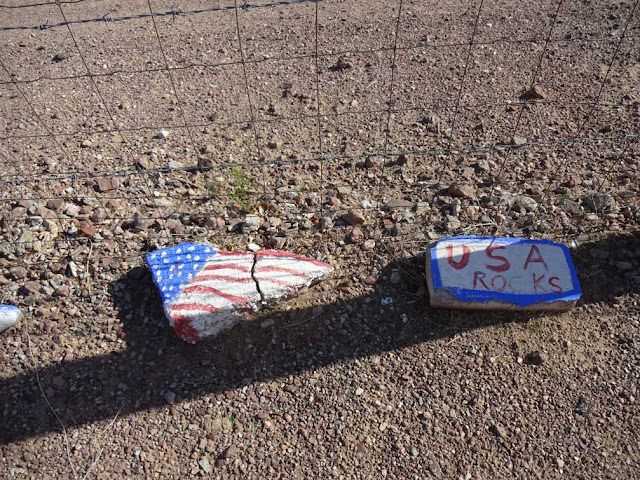 Then we headed back towards Quartzsite still looking for the mystery in the desert.
Posted by Carol and Bill at 8:38 PM

What interesting things you find - Rex got a chuckle out of the tank named "Sandy".....me, not so much :( :(
I posted a response to your blog of October - hope you see it. Continue to enjoy your travels. SM