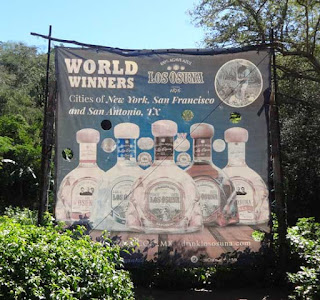 Some of the agave fields as we headed into the distillery. 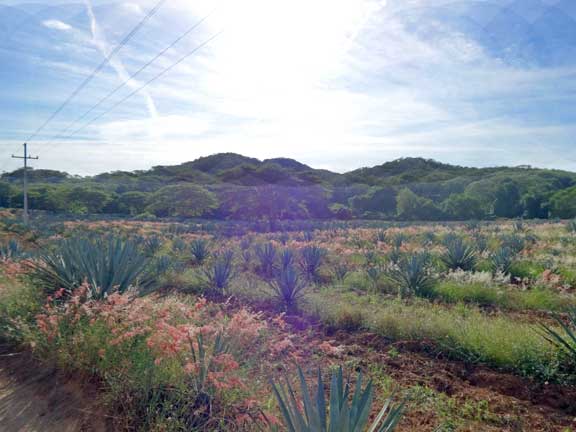 A week or so ago we visited the Los Osuna Distillery - refer back to this blog - to watch the very beginning of the distilling process. They were preparing the ovens and the big burlap bags they use to put the pinas in the ovens.
Click here for some interesting history of Los Osunas.
Again the towards the end of last week we visited the Distillery. The grounds are beautiful to see even if nothing is going on. 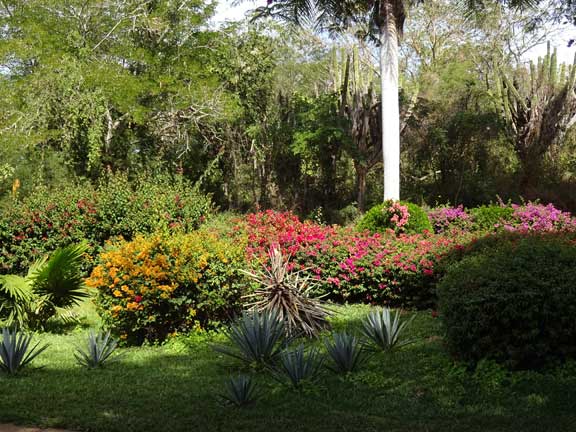 A big load of pinas had arrived the previous day. The day we were there the workers were preparing the pina - the bulb of the agave plant - for cooking. 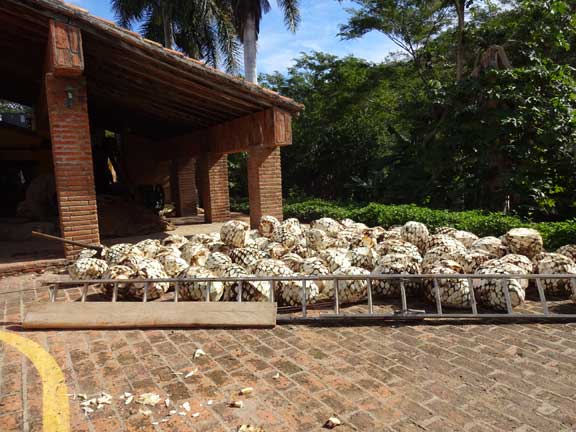 The large burlap circle was loaded with the raw pinas then hoisted up and weighed. 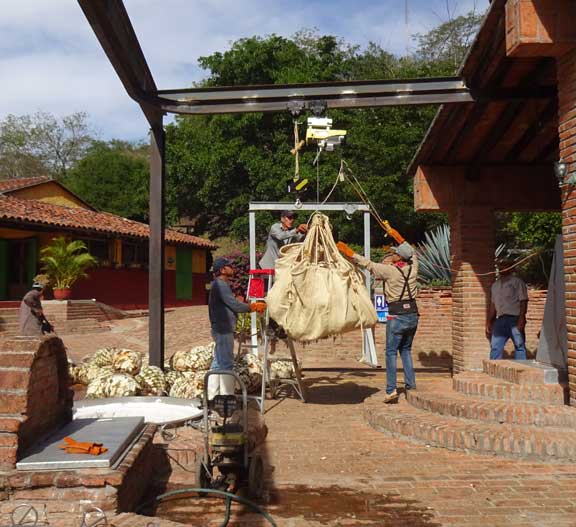 After weighing the bag was lowered and the pinas removed. 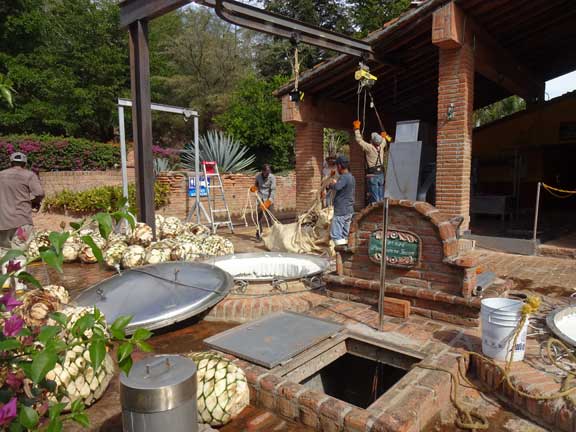 Then the empty bag was reweighed. 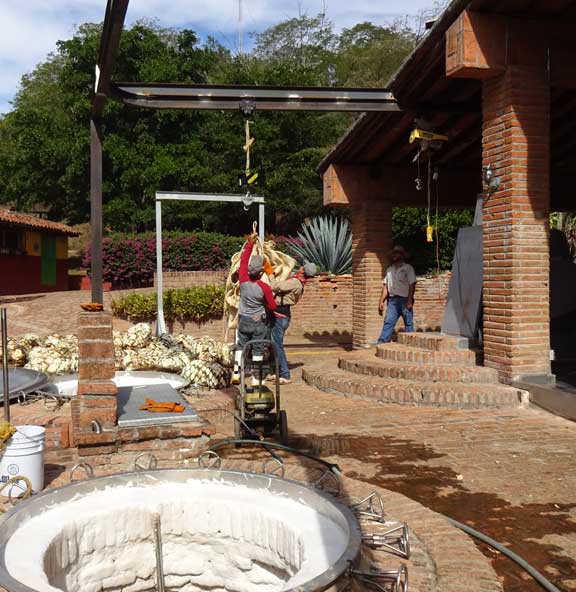 The pinas were pressure washed then an ax was used to cut the big ones in half. 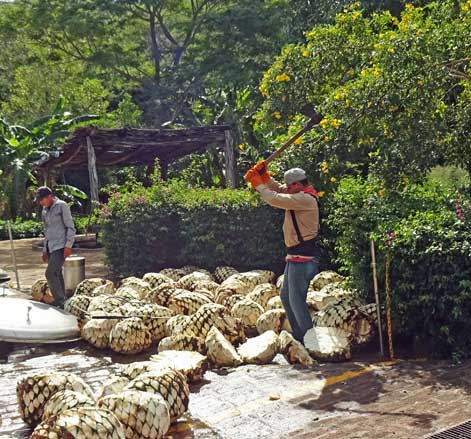 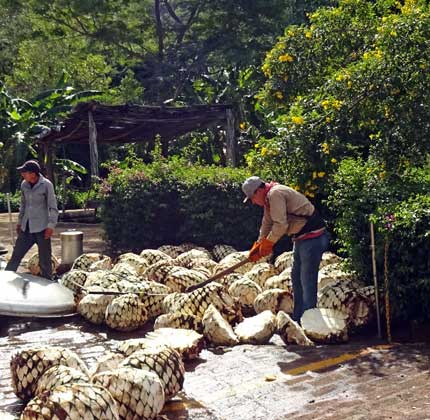 A boojum tree on the grounds. 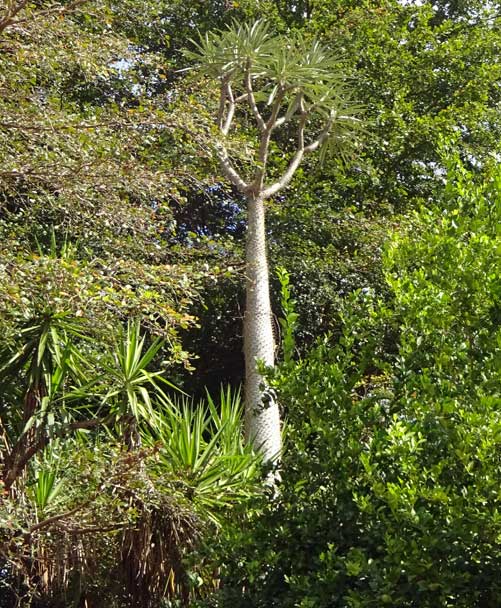 Looking down into one of the ovens, there is a burlap bag already in there. The pinas would go into it. When enough pinas were in the ovens would be sealed and the cooking would begin. 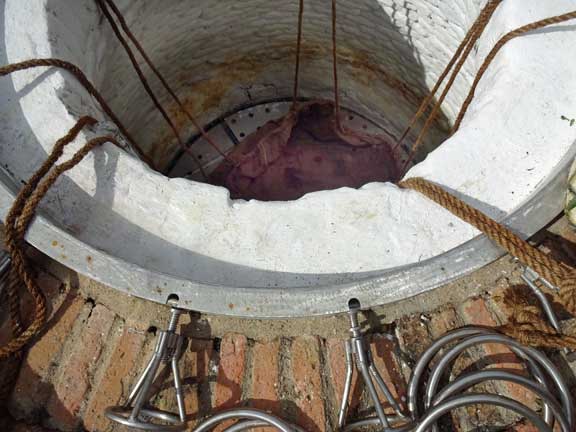 This week we went back to watch the grinding of the Pinas - will write about it tomorrow. Just didn't get to it today. Oh, such a busy life!

I had a great time when you took me there 2 years ago. I'm hoping to show my sister and her friend this place. 17 more sleeps...

Love it!!! Thanks for doing such a great job on all the details of the daily events!

Glad you enjoy them. It is fun to share them.

The days are going fast now...