Thursday the 13th was a bad day at the RV park. The wind was blowing all the dust from the construction right towards us. By late afternoon Bill was having problems breathing. So we could 1.) stay in side with the AC running [it was a cool day and he was already cold] or 2.) get out of the park until the machines stopped for the day. We choose to leave. We drove a little north of us by the Rui Hotel. The is access to the beach there and it is rather a pretty area with the inlet of water from the ocean. Pretty reflection. 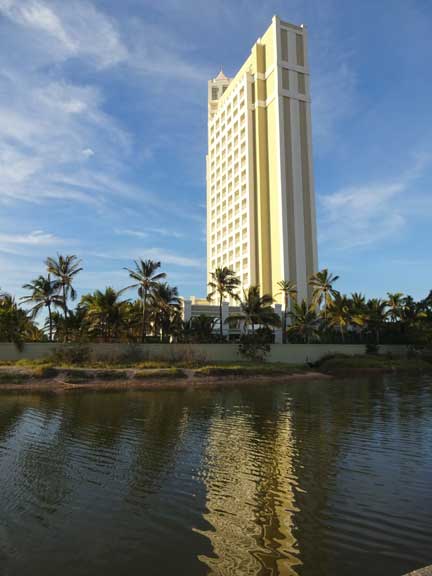 Except for the trash - in this case beer bottles floating in the water. 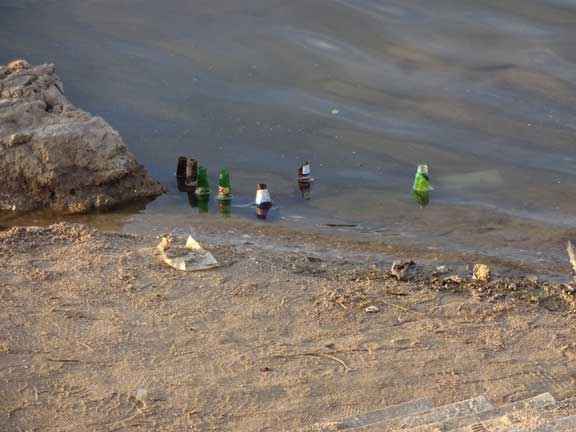 Zooming in on the Golden Zone part of the city. 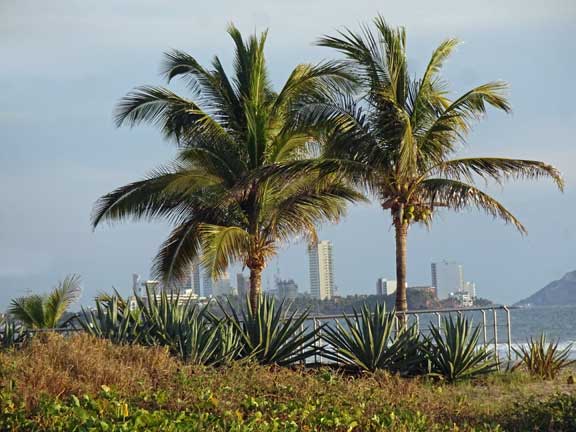 Just a few birds around this year. 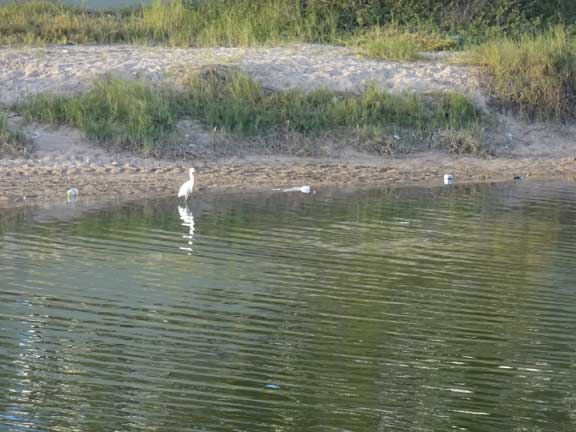 We had planned on staying for the sunset but the wind was still blowing and it was getting colder. So in the car and headed across town to Centro. Wasn't much of a sunset any way. Taken from the car as we drove along the Malecon. 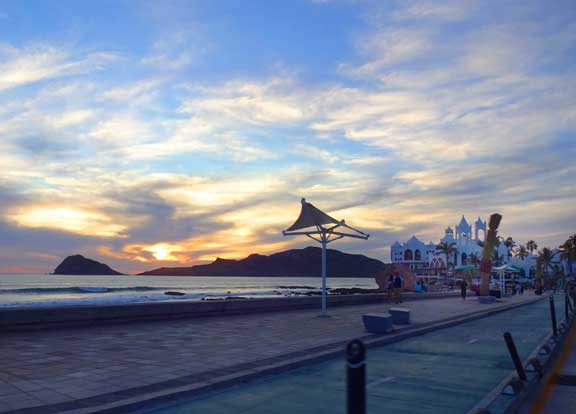 Parked and walked to the Plaza. Not so crowded as it was Thursday and we were there early before the late eaters came out. There are two of these arches on the corners of the north side of the plaza. 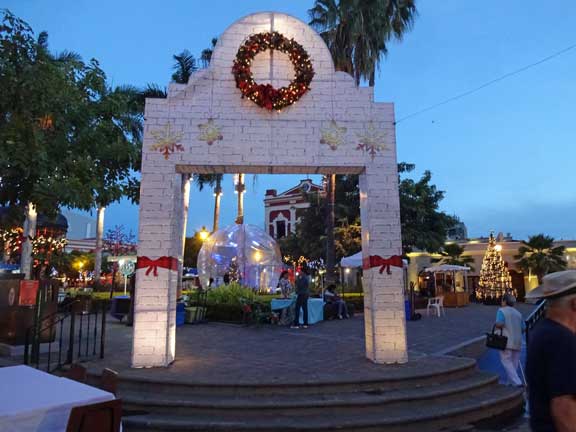 The trees lining the plaza have blue and white lights in them. Some of the vendors were already set up, but most of them were still bringing their tables and merchandise in and setting up. 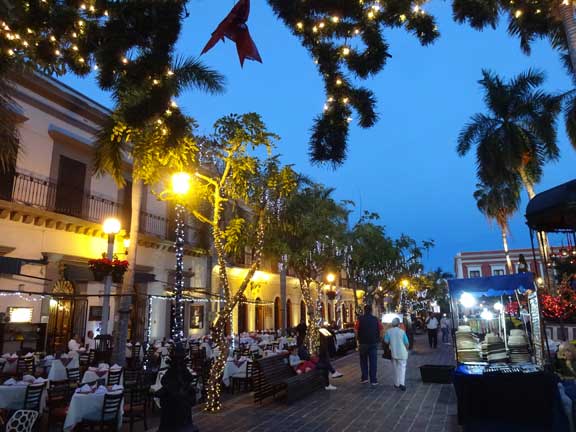 Again there was a children's musical group in the gazebo. Just liked this shot of the sliver of the moon. 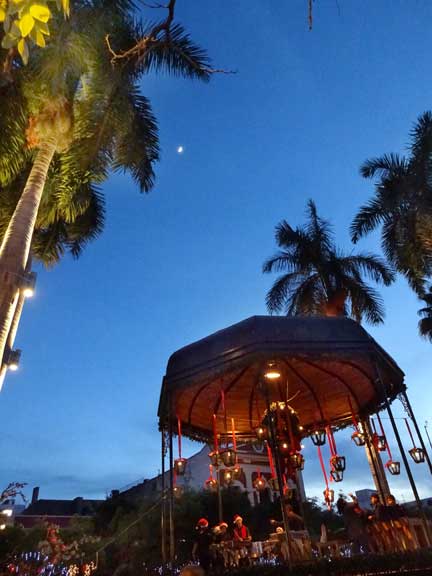 The restaurants were still pretty empty. The majority of the people here eat late - after 8:00. Us old folks eat earlier, before things get too busy and loud. Also it is easier to get parking early. Pedro and Lolas where we ate the other night. 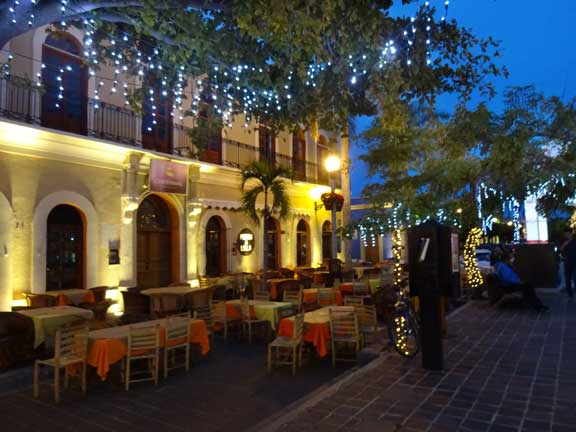 Just some of the decorations. The little red tree in the front - the lights twinkle on it so hard to focus a picture. 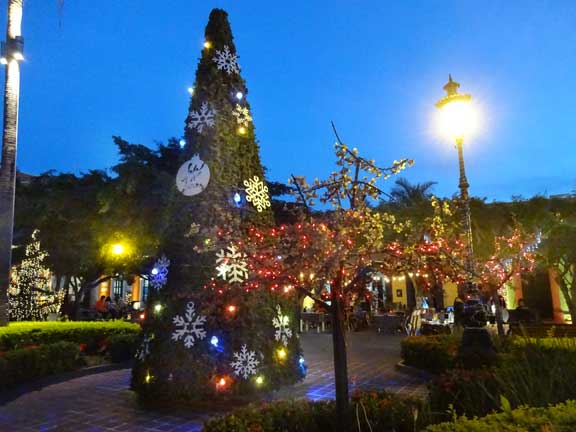 A closer look at the children in the gazebo. A couple of them looked to be about seven or eight. 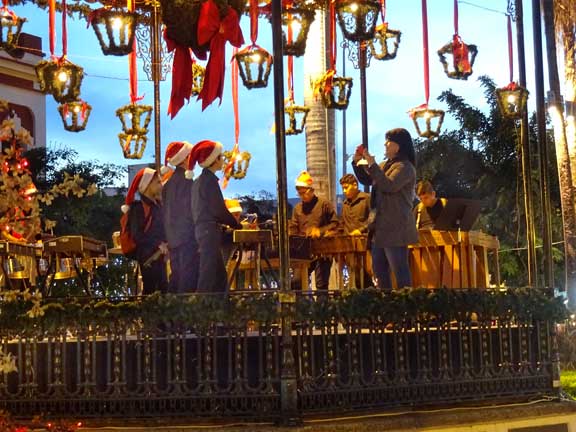 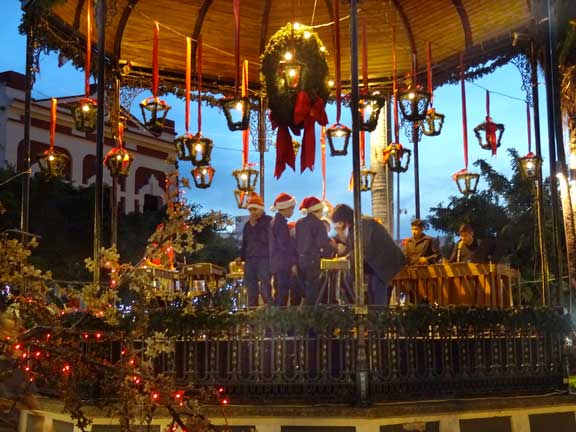 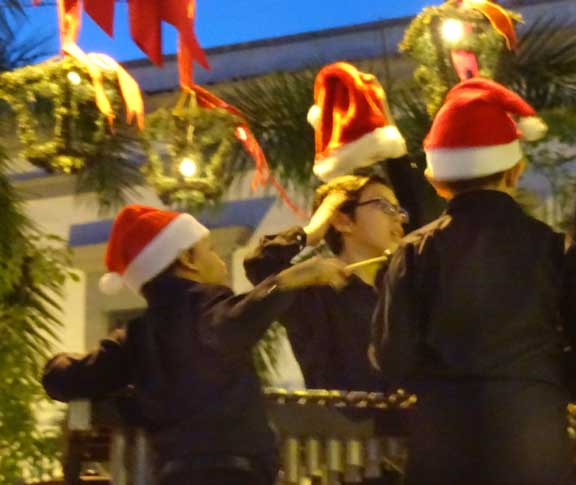 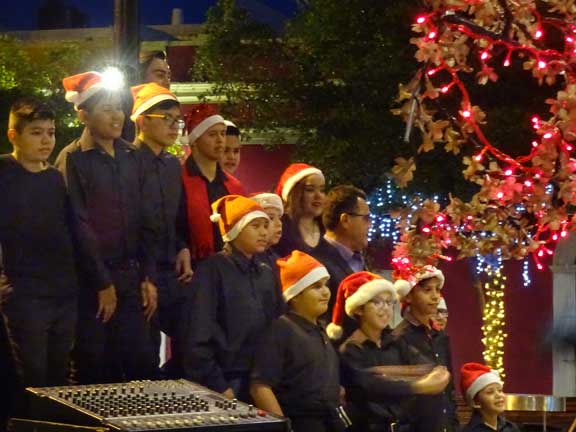 Recorded this from the end of the plaza while we were eating. They seemed to play several different renditions of Jingle Bells. Also Feliz Navidad.

Waiting for the rest of her party and the photographer. 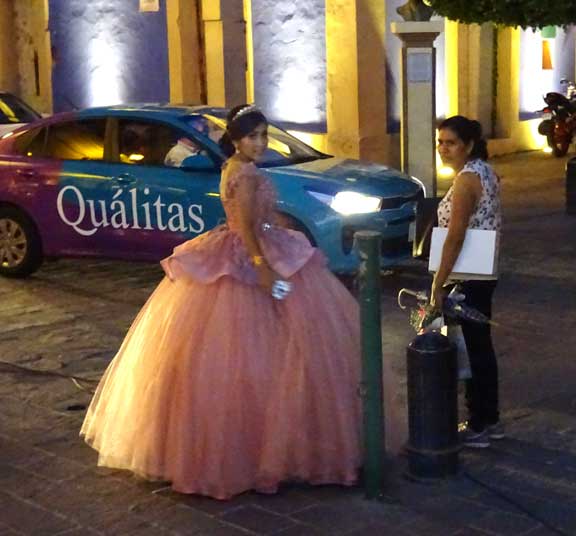 The life sized nativity scene at the front entrance to the plaza. Notice no baby. Tradition in Latin countries is bringing the baby on Christmas Eve. 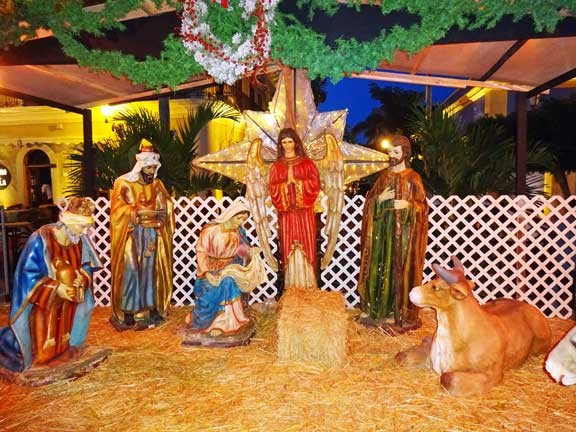 Another creche in the restaurant where we were eating. Much smaller. 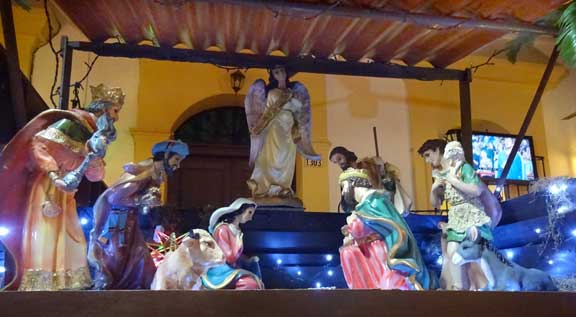 We ate at Casa Canobbio, an Italian restaurant. I like their spaghetti and Bill likes their pizzas. And the waiters are great. It got a little cool as we sat and ate but neither of us thought to bring a sweater. But then we hadn't left home with the plan of staying out late.
The ticket the parking attendant put on our keys, it was busy enough we had to leave him the keys to move the Jeep if needed. 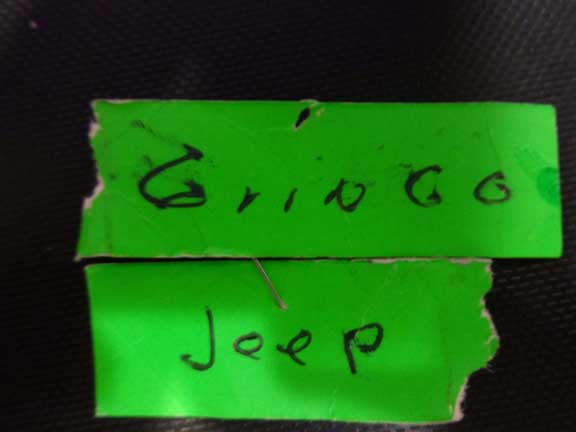 We now have sweaters in the car. Home before 9:00 machines quiet and the dust had settled.
Posted by Carol and Bill at 2:11 PM

Growing up the baby was always brought to the manger on Christmas Eve.

Now you can come visit us when the dust gets too bad!

do you have a second bedroom?!!!

Have you ever been to Lake Chapala?

Yes we've been there several tims. Also to Ajijic - We were there in 1978 too.