HAPPY NEW YEAR
TO ALL OUR FRIENDS AND FAMILY

Good morning to everyone. We wish all of you a wonderful New Year. Happiness and Health and why not throw in Wealth.
I was going to post a blog about our visit to Copala but it is taking me a long time to sort through the pictures so changed my mind and thought I'd share some doings and pictures and video from La Martina Restaurant. I know I've already written about it but...
Saturday morning, Dec 29th, was another cloudy day and the construction was in full swing. Lots of dust and noise and we were sick of it. So jumped in the car and went out for breakfast at La Martina again. Since we were there last they've started to add two new buildings. Construction going on there too! 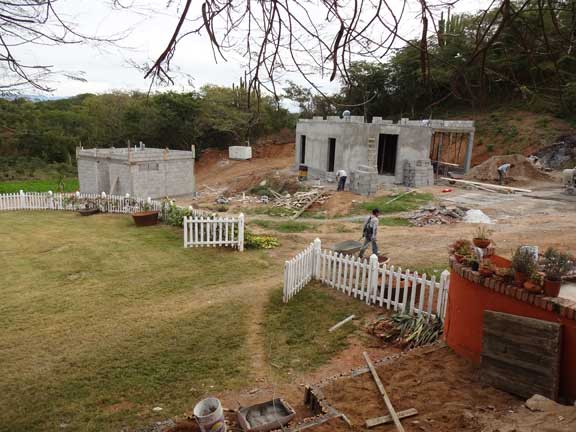 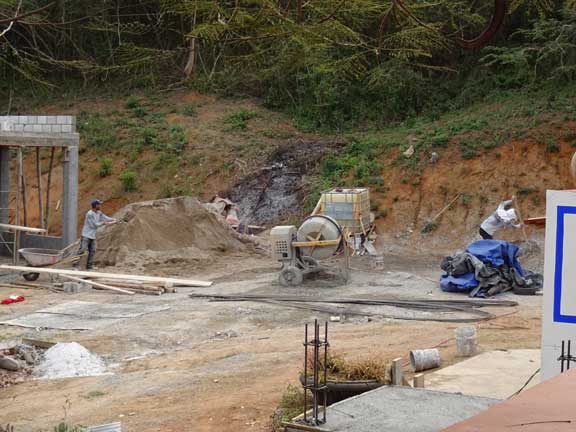 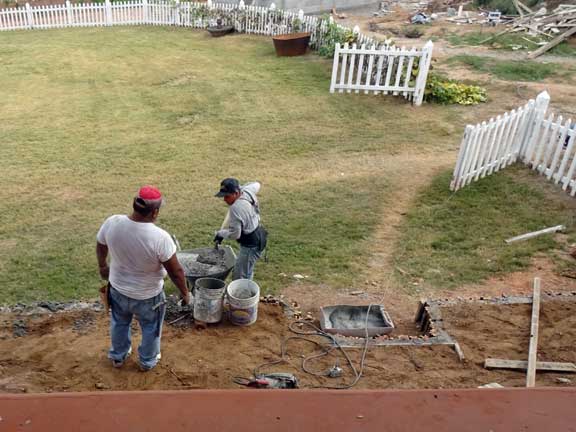 The waist high wall he was building. Looking straight down from where we were sitting. 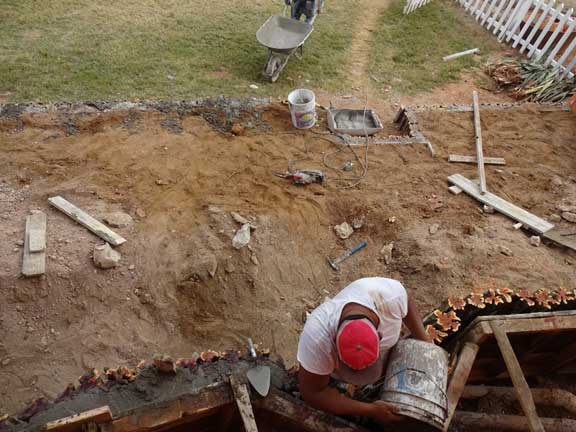 Interesting looking wall he is building. 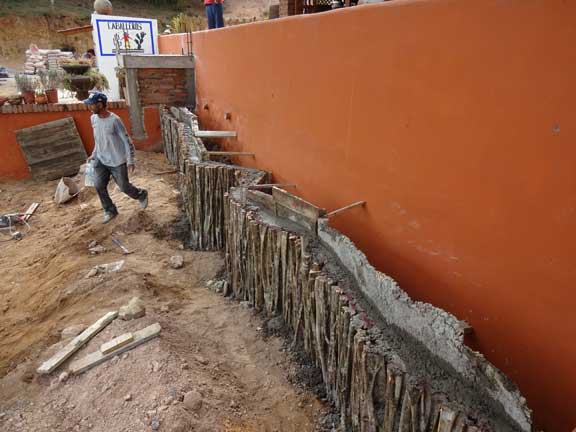 Mean while there were a couple of men on top of one of the building constructing a second floor of cinder blocks. 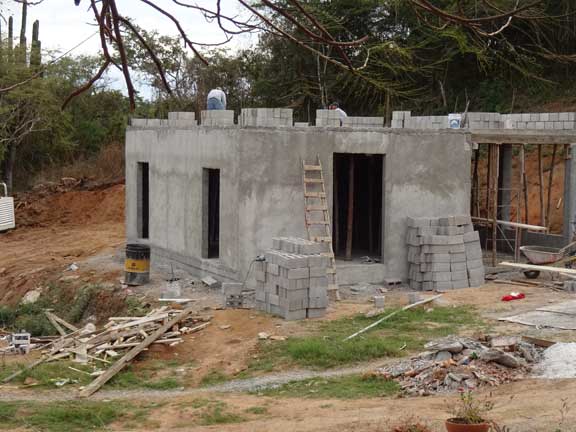 Suddenly the SCREAM of a saw. The cinder blocks were being cut in half. Irony in play. We didn't get away from construction noise. But at least the setting was prettier. 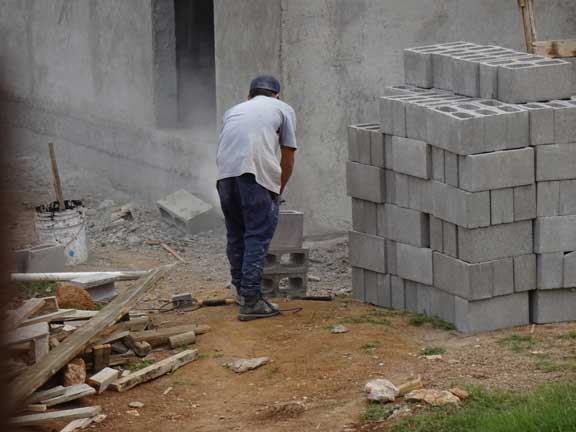 Pulling the half blocks up to the second story. One by one. 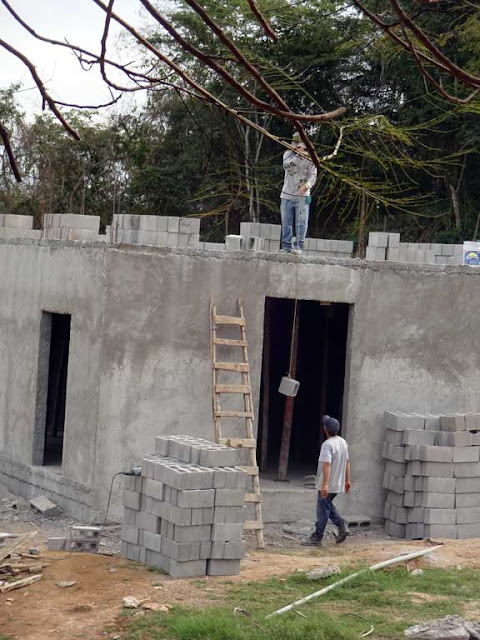 As I said the setting was prettier. Looking over the huge back lawn down toward the playground. Hum....think I see something. 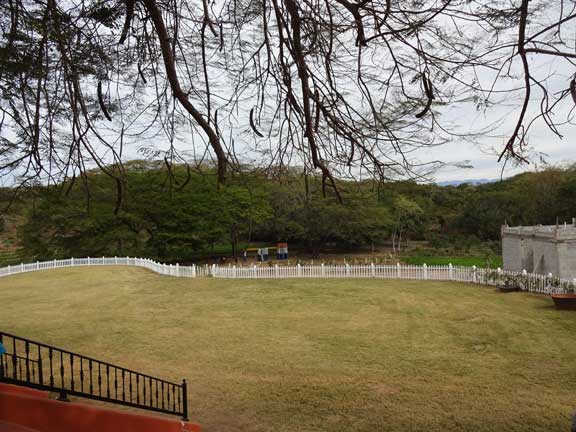 A new walkway down to the playground. Nice white picket fence. Starting to zoom in. 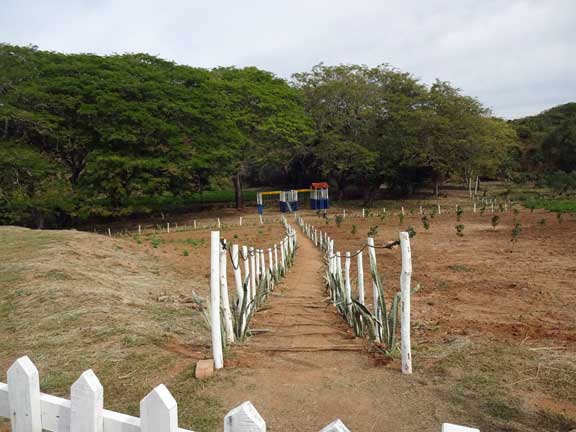 I did see something. They were giving pony rides to the children. 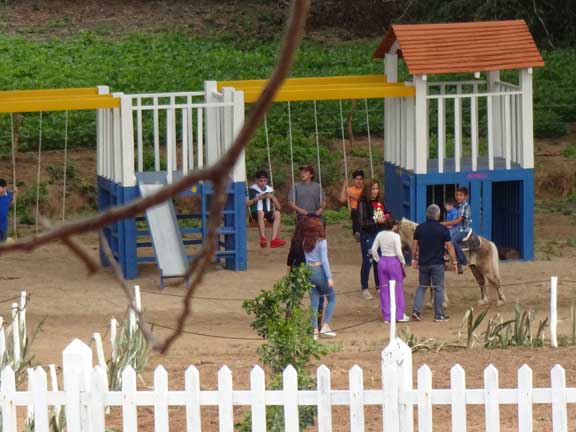 Looking back at the main restaurant. I'd never gone down the steps before so hadn't see how pretty they were with all the different tiles. 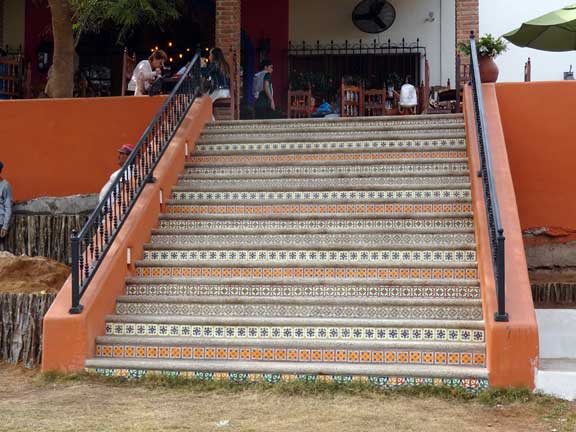 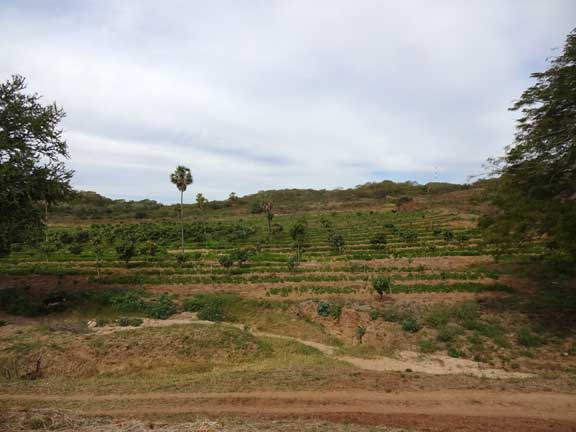 This pergola is new as is the area under it. 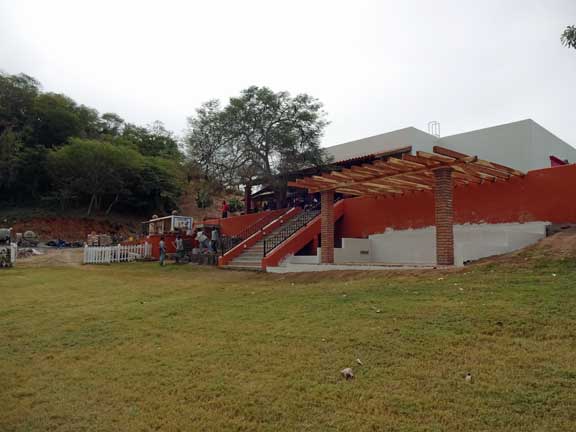 So new in fact it isn't finished yet. 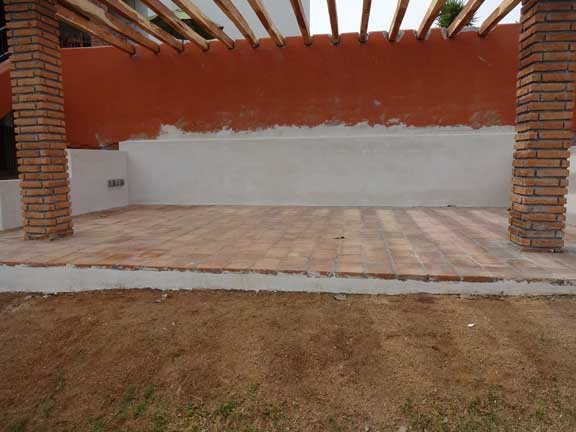 Bill talking with the waitress Esmeralda. She is very nice. At the side of the picture is Alexander, a new waiter who lives in La Noria. He speaks English very well. And he told me that he liked my eyes, that they were beautiful. Made me want to run to a mirror and see what he saw. He is my friend forever now. Actually we'd seen him in La Noria the first time we went there this year. I believe he is in the video I posted of the teenagers dancing. He is only 17! 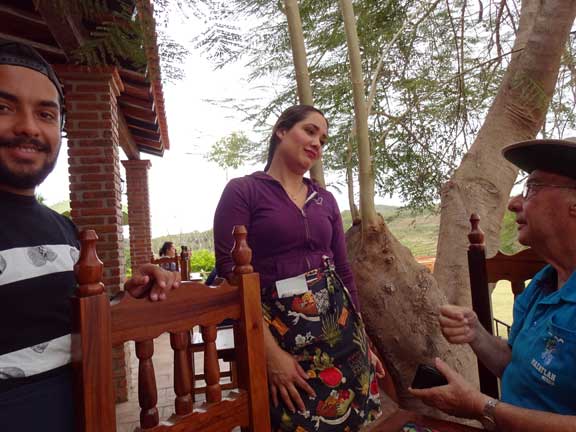 The Christmas and New Year banners. These are made out of a foil of some sort. Very colorful. 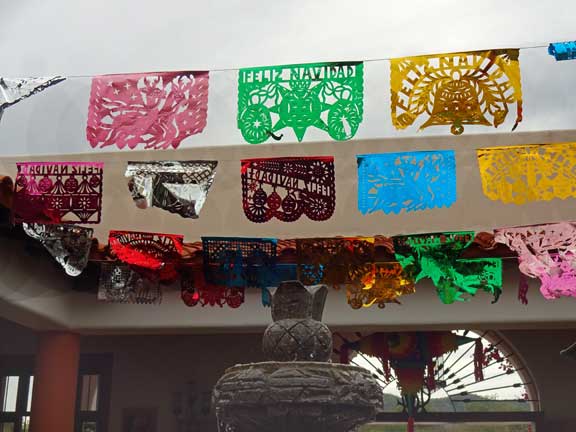 So we managed to spend a good part of the day having a good time. When we got home the workers had left for the holidays. So nice.

NEW YEARS EVE DAY
Again New Years Eve day we left the campground with friends and went back to La Martina - better then sitting home right?
Bill got his drone out and took some video of the restaurant and the area around it. Actually there will be two videos - the first one shows some of the inside of the restaurant. As with all the drone videos there is no sound. Enjoy.


Some photos from that day. A new planter and plant on the front wall. Always something new to discover. 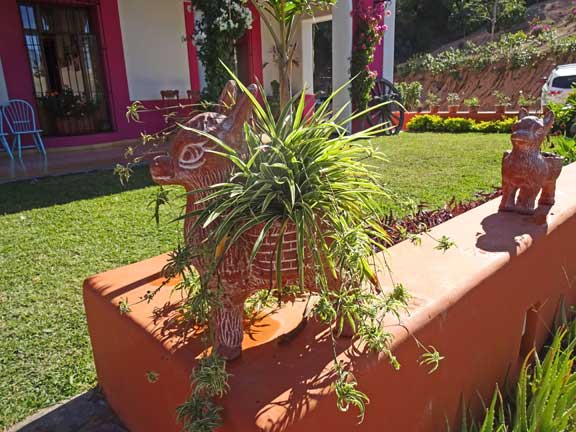 Our friends meal. Potatoes with vegetables, scrambled eggs and I think some kind of enchilada. She said it was very good. 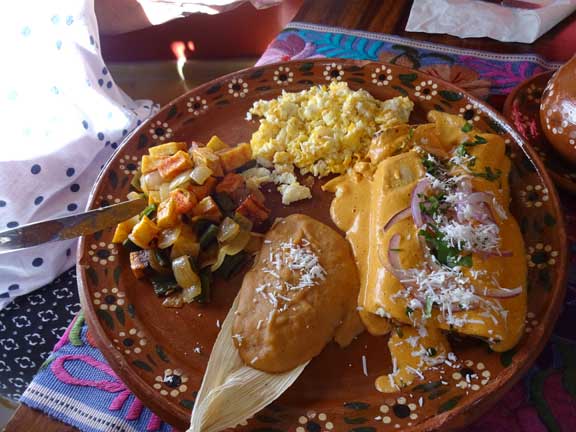 My breakfast, scrambled eggs, beans on the corn husk, sausage and chilaquilles. Very good, sausage was a little bit spicy for me, but good. 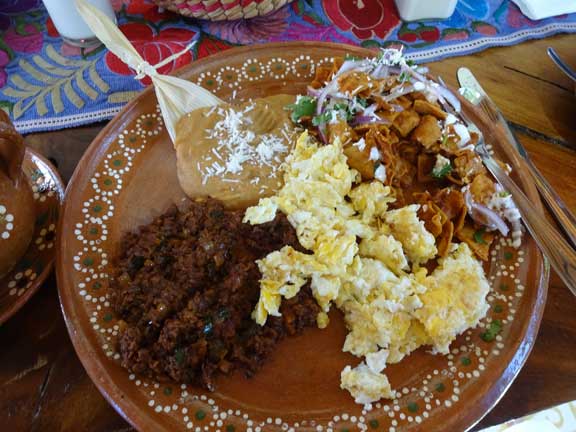 One of their fields growing beans. 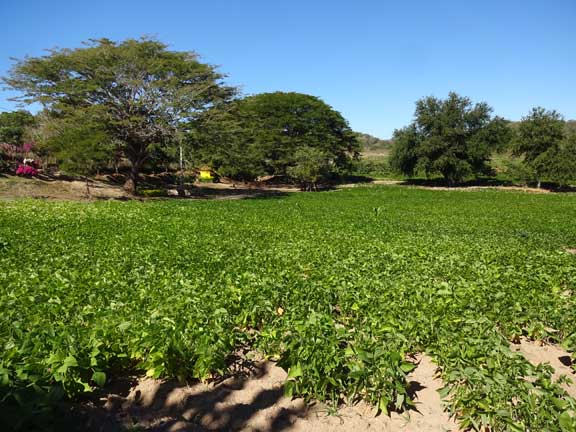 The drone watching us walk around. 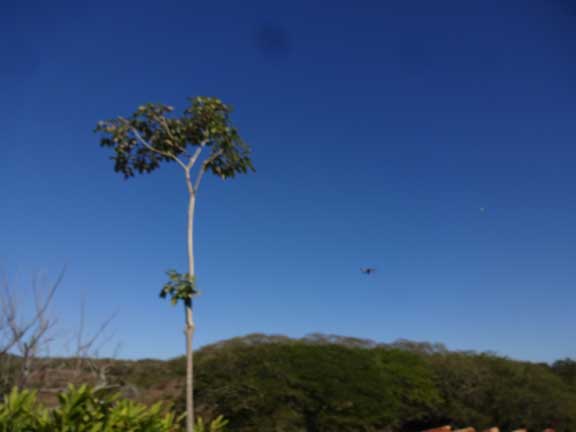 Another fan of the drone. 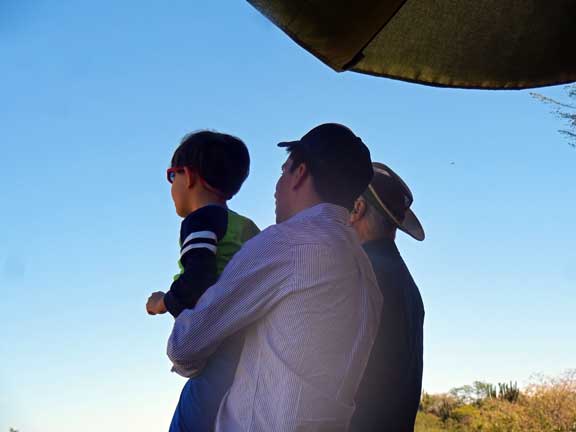 This is on the side of the building. Everywhere you look there is something beautiful to see. 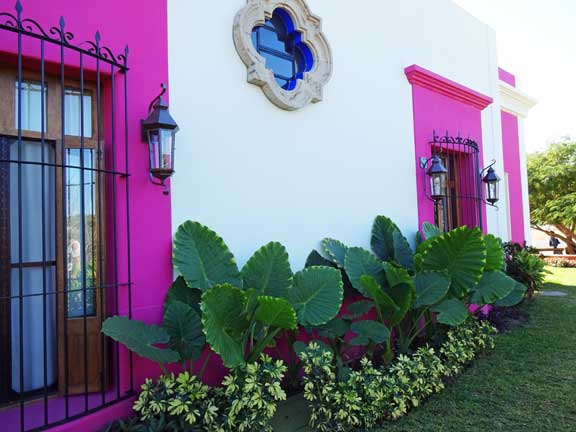 A piece of pottery in the plants. 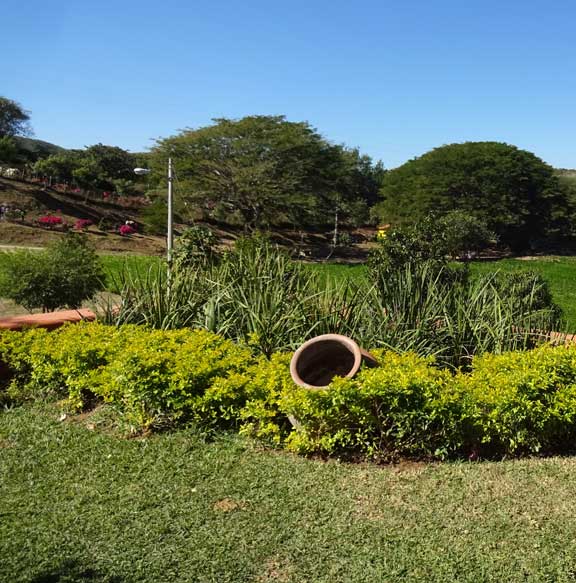 The minute I put the camera close to the cage they came over. Hams. 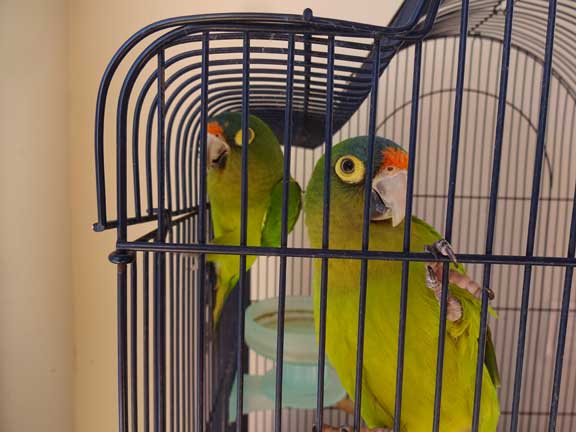 A little piece of art just sitting on the patio. 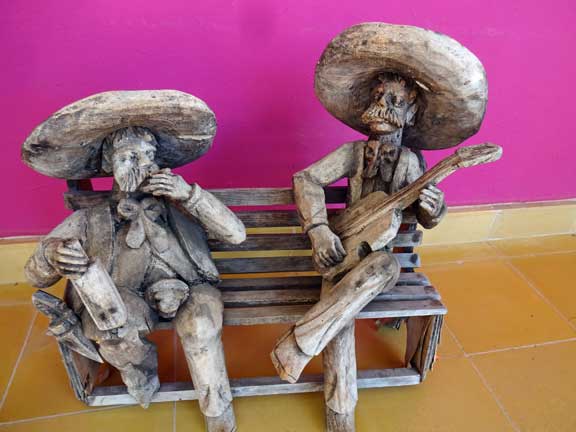 Another great visit to La Martina.

So looking forward to a visit there, thanks for sharing this info with all of us.

It is a really neat place.

So pretty......we will look forward to seeing it as well. I really love the drone pictures. So glad Bill enjoys it. What a great hobby!

It is a great place