About 5:30 this morning this fire broke out in the Wetlands right behind our house. I did not know anything about it until I got up - all that was left to see then was white smoke low to the ground. 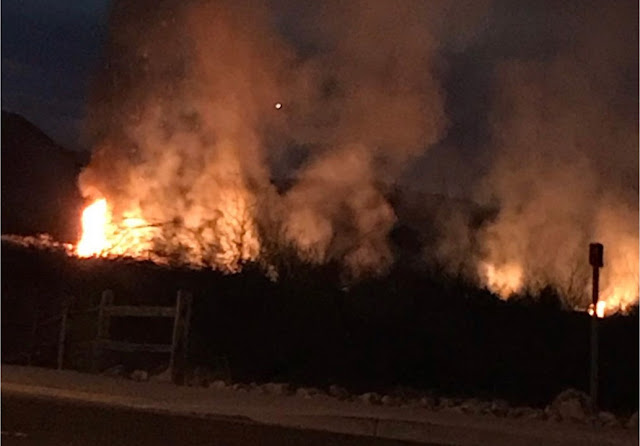 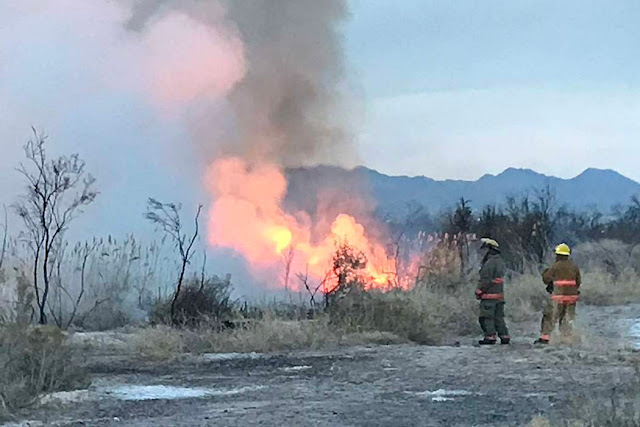 "Clark County Fire Department crews were battling a fire at the Wetlands Park in the eastern Las Vegas Valley early Wednesday.
The fire was burning north of the Sam Boyd Stadium, according to Assistant Fire Chief Larry Haydu. The Bureau of Land Management had been contacted and also was responding.
The fire had burned about 3 to 4 acres by 8 a.m., according to firefighters on scene."
After reading this I guess it was still burning when I got up. But didn't see any flames

Did see this bunny in the back yard though. 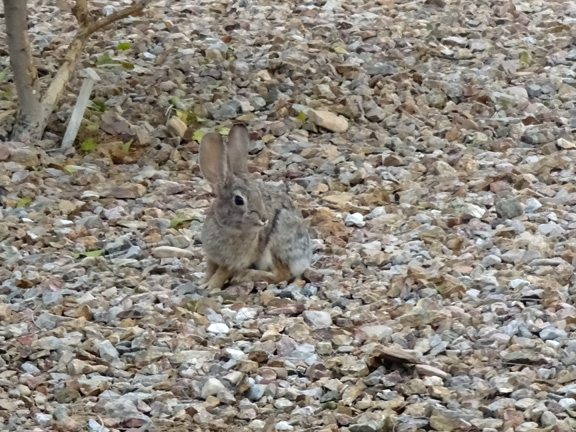 Also discovered another new metal sculpture on the corner of Boulder Highway and Tropicana at the gas station there. The maintenance man there makes them. It is always fun to see a new one. 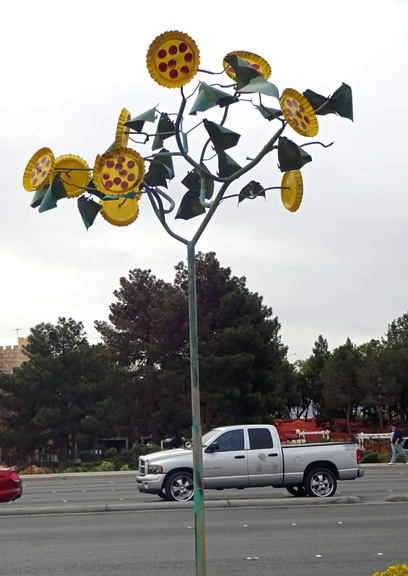 Still making phone calls and catching up on bookkeeping and computer work since we got home. Today we sent off all the paper work from Bill's hospitalization to the insurance company. Hopefully everything that they need was there and that they pay a good portion of it.  Also renewing and combining vehicle insurance.  All kinds of things that take time and phone calls.
Meeting with the gardener tomorrow to see about replacing plants that dies and getting his opinion on my ocotillo that has one bloom but NO leaves. Probably need to put mothballs out around the Lantana to keep the cute bunny away from the new growth.
Then Friday we take both laptops into the Geek squad to see if Bill's speakers can be fixed and if my laptop can be straightened out. Never right since I had to restore it in Mazatlan. And while we're out we'll go to Lowe's and buy paint for the stupid shed so we can get that taken care of before April 9th.
Also have to get our prescriptions switch from  the drug store to the mail order office. New stipulation of our changed insurance. Finally got the insurance straightened out too. Our new cards were "returned to sender" when they came while we were gone. So no have printed temporary ones till we get the real ones. Phew! Also talked to the mail lady today and made sure she will start bringing our mail here tomorrow.
Don't know why this is double spacing, must be because of the quote about the fire.
Busy, busy!
Posted by Carol and Bill at 12:43 PM