Labor Day In Guernesy, WY  It is going to be 99 degrees here today. No going out and wandering around as there is no air conditioning in the car. Hope there is something good on TV.
Speaking of TV - was up late last night watching the NASCAR race. It had been delayed three hours because of rain. It was a good race though. Especially the last 20 laps.
We plan on leaving here tomorrow morning and head to Medicine Bow, WY. It is supposed to be quite a bit cooler. Maybe there Bill will be able to get his drone up in the air. Disappointing that he couldn't get it up over the trail ruts.
I backed up my laptop to the external hard drive this morning. Try to back up things the end of every month.
So back to Fort Laramie. This was the Lt Colonel's Quarters built in 1884 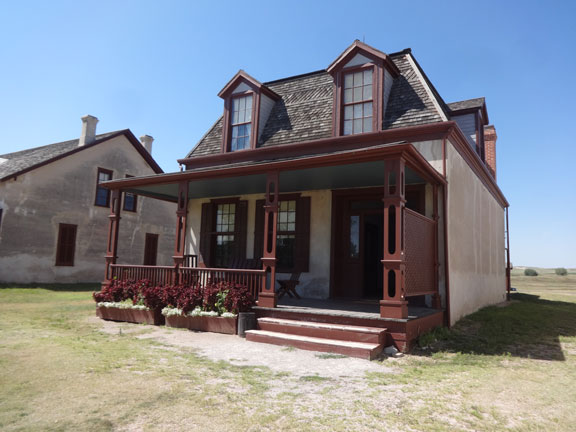 Again the pictures are not real clear as they had to be taken through glass. All the rooms are behind closed doors with just the widows to look through. The main living room. 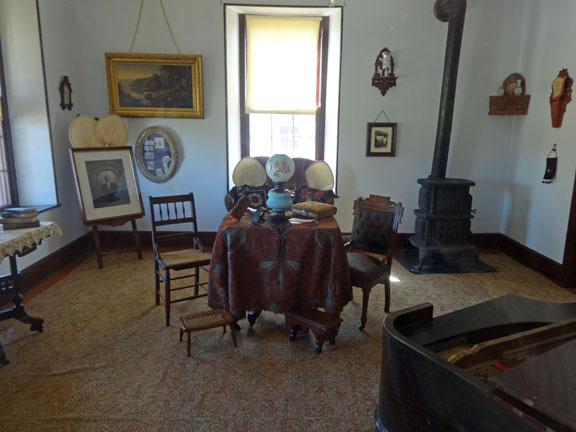 The dining room. Very nice rugs on the floors. 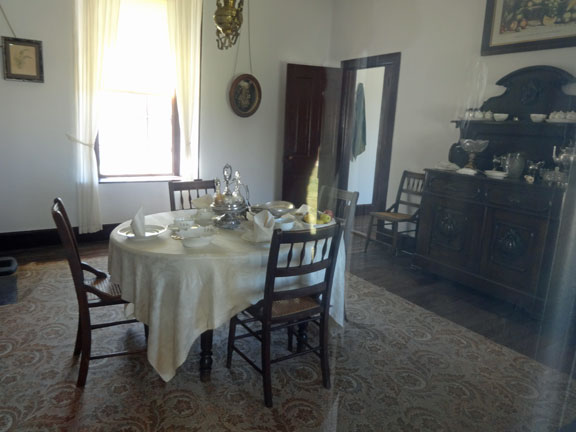 The kitchen. Don't see any kind of sink. Imagine they used a well for water but it just looks like something is missing here. 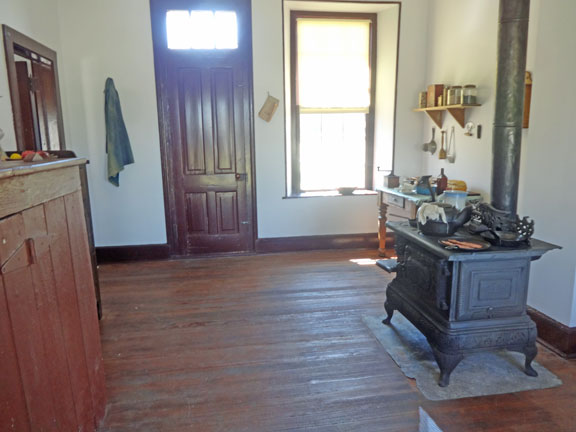 See the two seater outhouse out back. 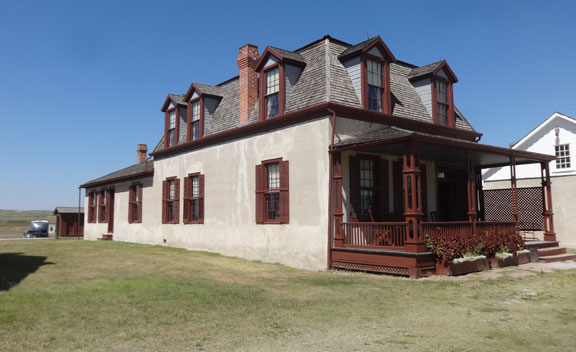 This was a duplex. The Post's Surgeon's Quarters. Built in 1875. 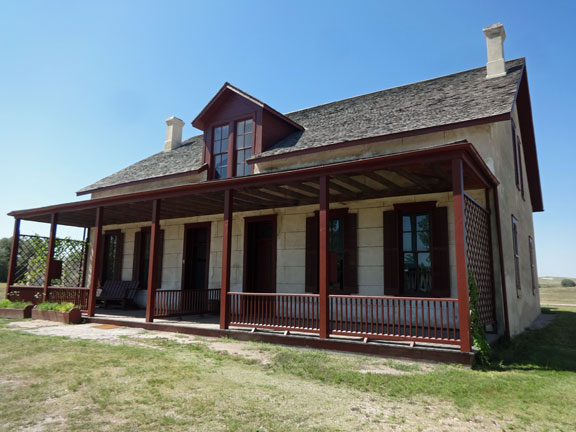 More furniture here in the living room. Imagine getting the piano there. Another nice rug. Most patients were treated in his study before being sent to hospital. 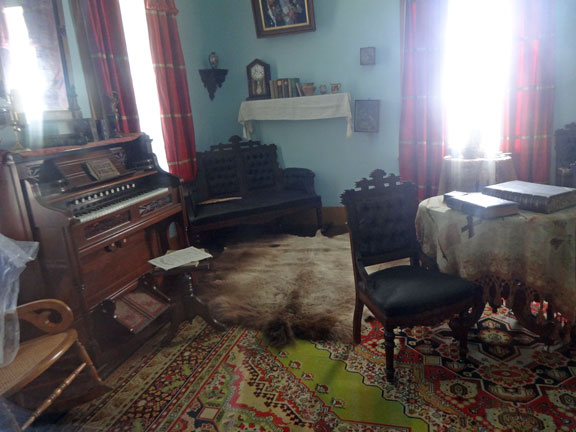 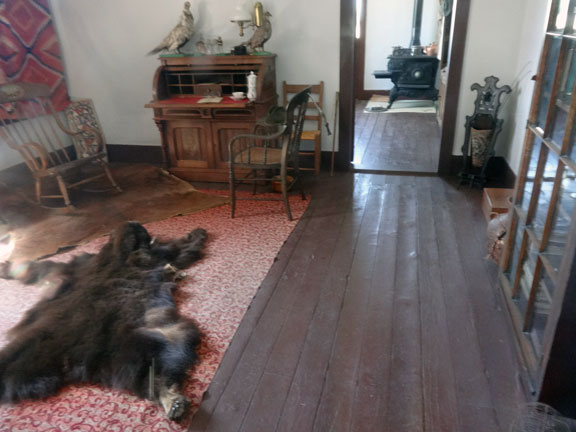 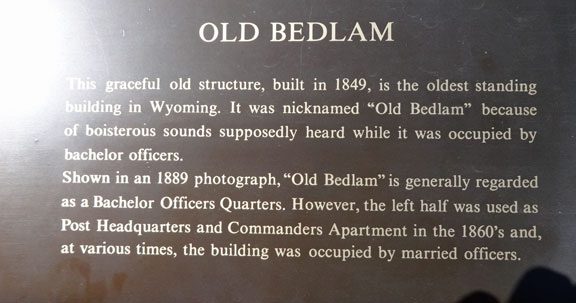 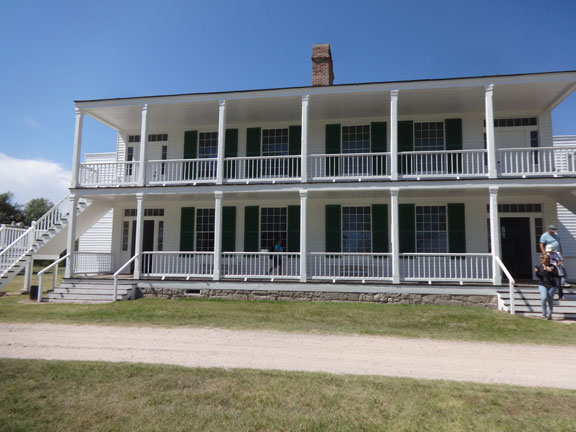 One of the rooms inside it. 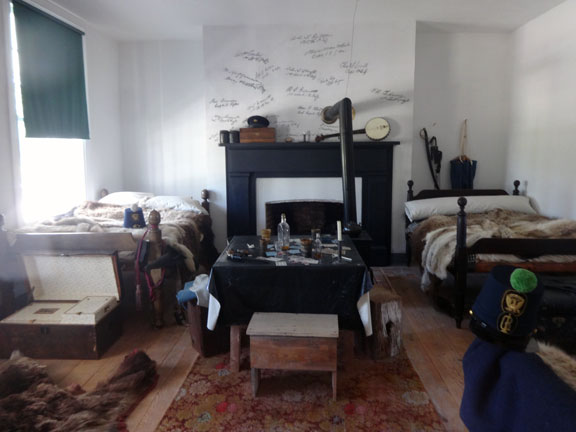 The signed wall above the fireplace. 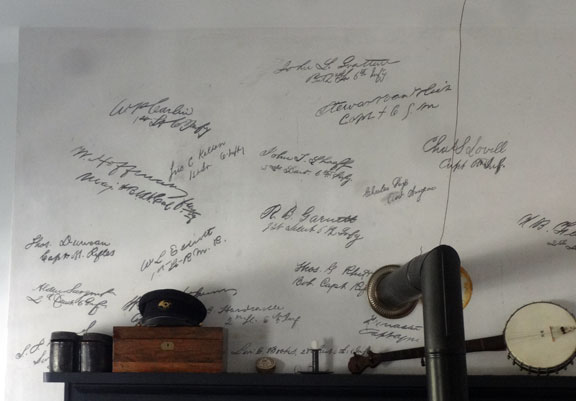 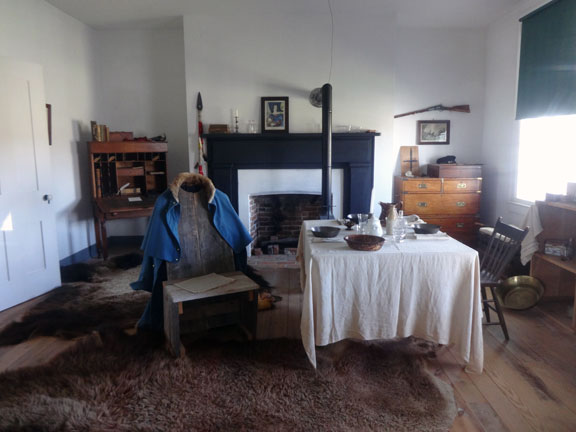 Ruins of the Officer's Quarters built in 1881. There two duplexes and the Commanding Officer's quarters. 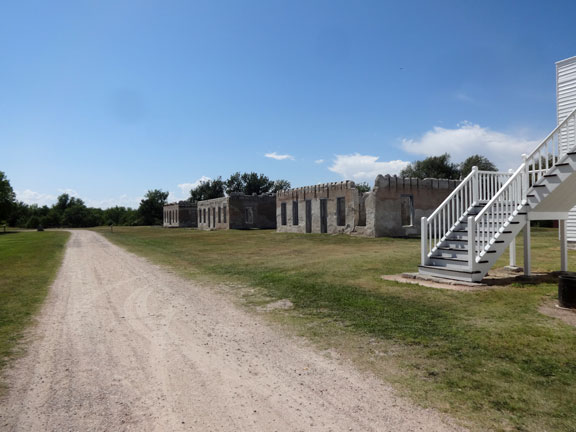 These buildings are now just foundations. 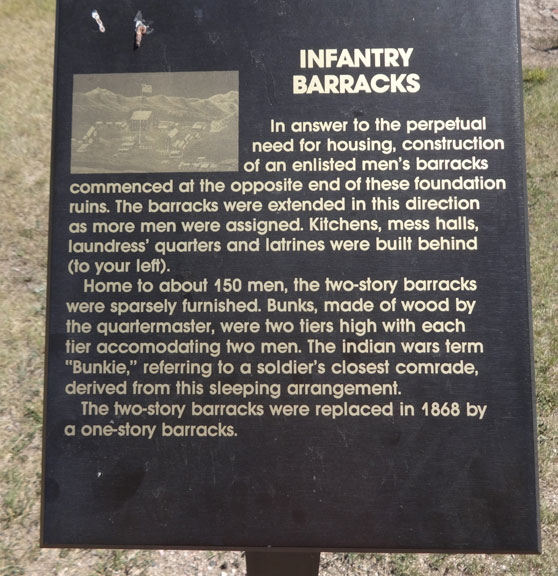 Built at one end of the parade grounds. 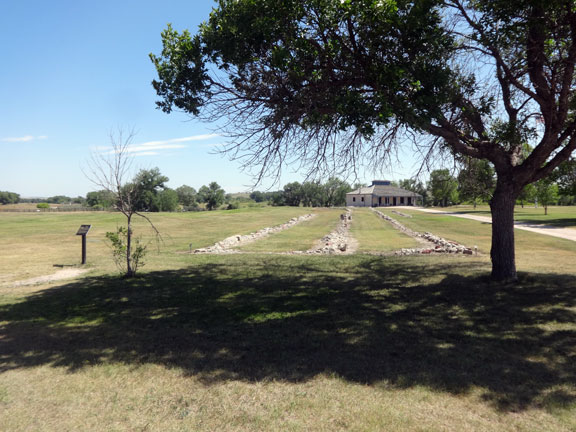 Indian camp across the river from the Fort. 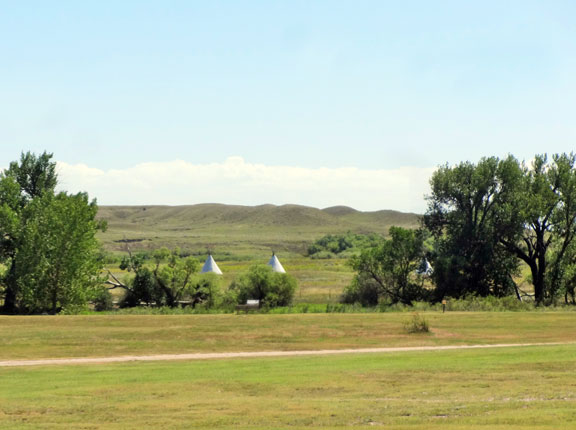 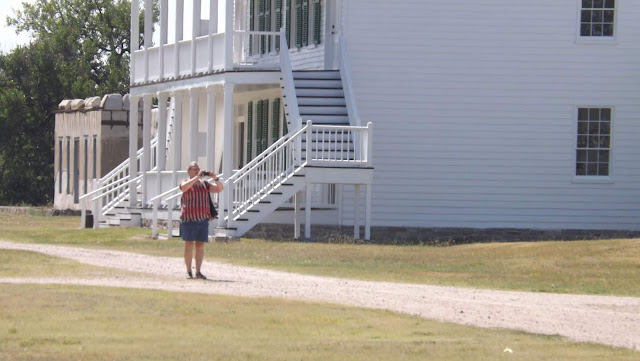 A couple building in the little town of Fort Laramie. 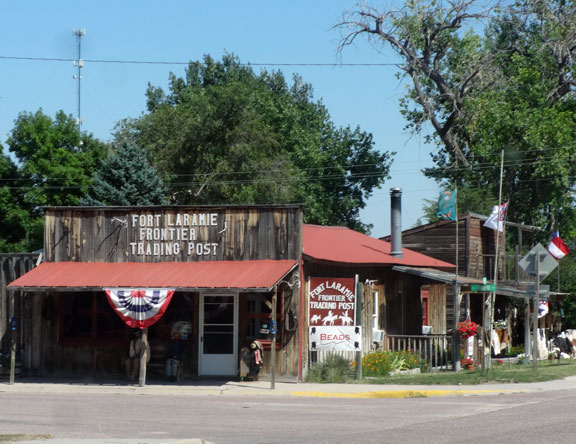 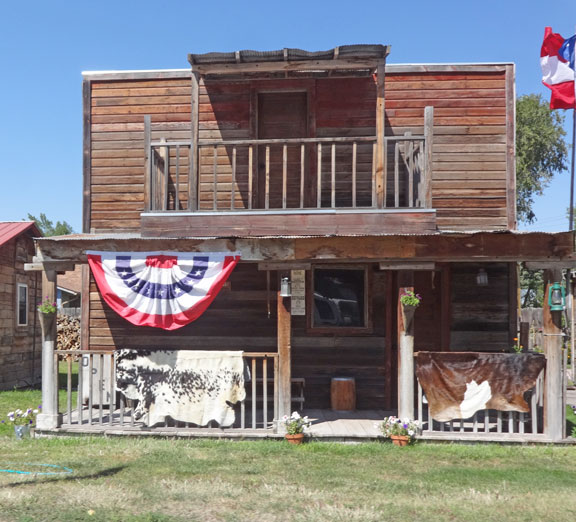 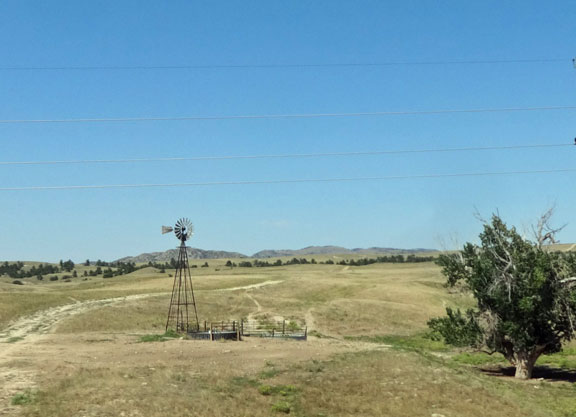 And then back to the RV. We have also visited a couple of interesting old towns.
This early afternoon we went out looking for a place to eat lunch. Most were closed for Labor Day, finally found a little restaurant named Lunchbox - it used to be a 'Tasty Freeze now a very friendly and good little restaurant. Both of us had sandwiches and both were very good.  Now home for rest of day - nearing 99 out.

Super blog..love the photos. Did the A/C die in Willie or did you never have it?

What a great time you are having. Such fun learning about the life moving west. And oh those wagon ruts! Thank you.

It died just before we left home. Bill says he'll get it fixed in Mazatlan

We could spend all summer just roaming around Wyoming and checking out the history.

Ours was repaired on the truck in Mazatlan last winter. Unfortunately the compressor etc. went this summer and there was smoke so it had to be replaced at the dealer here. Pricey! Trucks getting old 2005 so more things are going on it. But not worth getting a new one for $80,000.!