We have such an exciting life.

The weekend was interesting, no walking over the weekend. Glad as it was very hot here already. Both Saturday and Sunday broke records for highest temperatures, 91 and 93, ever reached in month of march since records have been kept. I sure hope that isn't a sign of what summer is going to be like.

Sunday I baked two cakes. Why two cakes? Well Bill likes his cake to have both chocolate and white in them. Either marble like or one layer of each. So have to buy two separate cake mixes - each mix making one two layer cake. So I baked them and layered them with dulce de leche in the center. Then he frosted them. So now we have a whole lot of cake to eat. Going to try to freeze one of them. 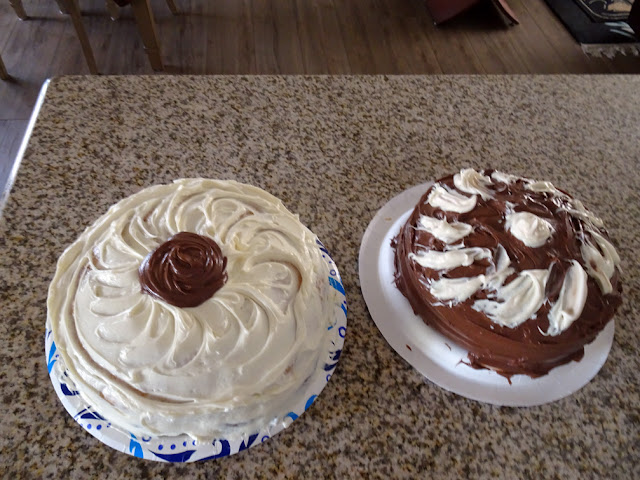 When I turned on the oven I realized that darn lasagna was still bugging me. I remember thinking after I made it I should clean the oven but forgot. Well when I preheated the oven and the kitchen filled with smoke I remembered. But just finished baking the cake. Bad choice. The run over from the cheese etc is now BAKED onto the bottom of the oven. Did get most of it cleaned up when oven cooled, but still needs work. Ugh.
Our weather is starting to cool down again and rain might be coming today and tomorrow. With the rain comes clouds so had a rather nice sunrise yesterday morning. Looking out over the Wetlands. 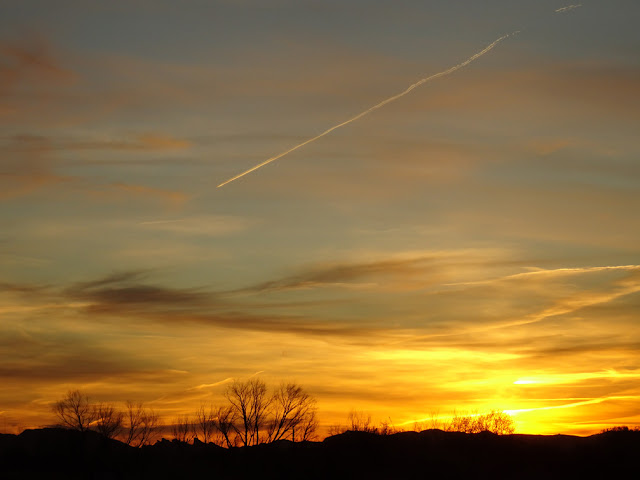 While speaking of nature I noticed that my dead looking ocotillo is showing signs of like. No leaves but a sprout on the very top of it. Yah! 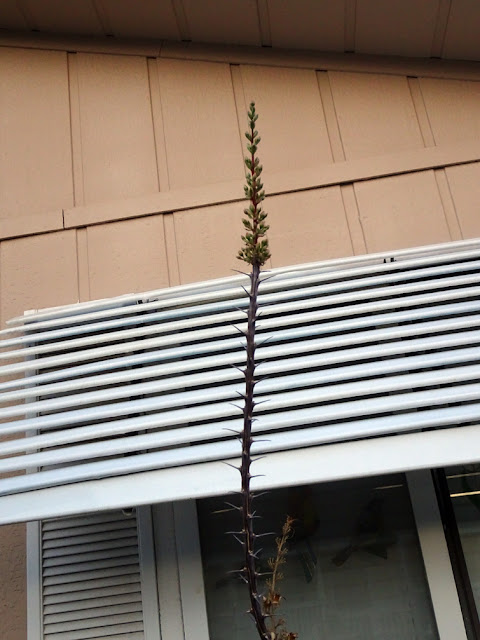 So what else exciting have we done. Well I finished my puzzle, wasn't as hard as I thought it would be. The dog was the hardest part. 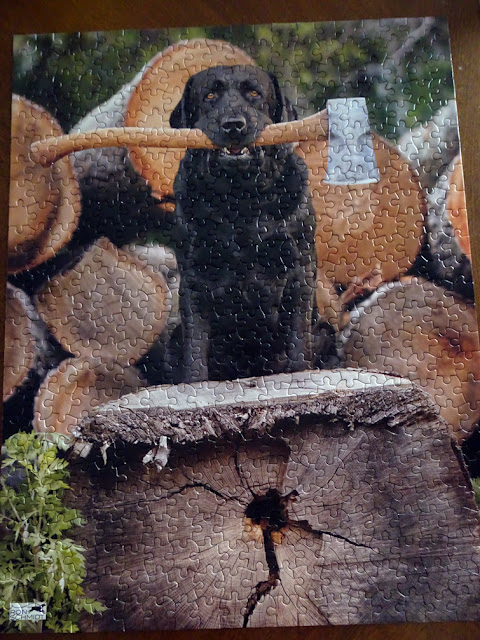 I also got the urge to do some beading, but not with the tiny beads. More traditional necklace using bigger beads. I've changed the design about three times since I took this picture. Not sure how it will actually look when finished. Gives me something to do.l 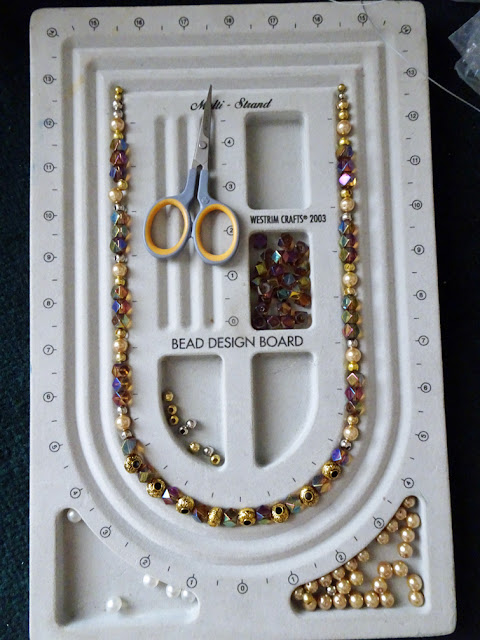 Also took one of the throw pillows out of the RV that was looking ratty and going to recover it. Not getting it done very quickly. But that is okay, no rush. 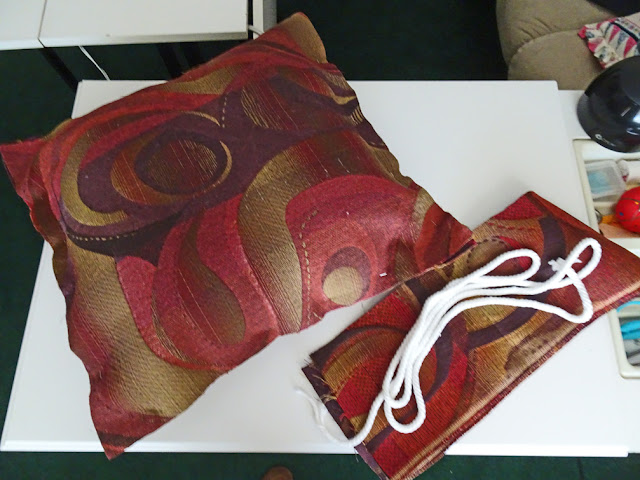 Watched the NASCAR race yesterday. Boring...that new car they have to use is useless. Everyone's car is exactly the same, no changes can be made to it. While it was on I made paella from scratch for the first time in a long time. Even used my paella pan. It turned out pretty good. Have enough left over for supper tonight too. 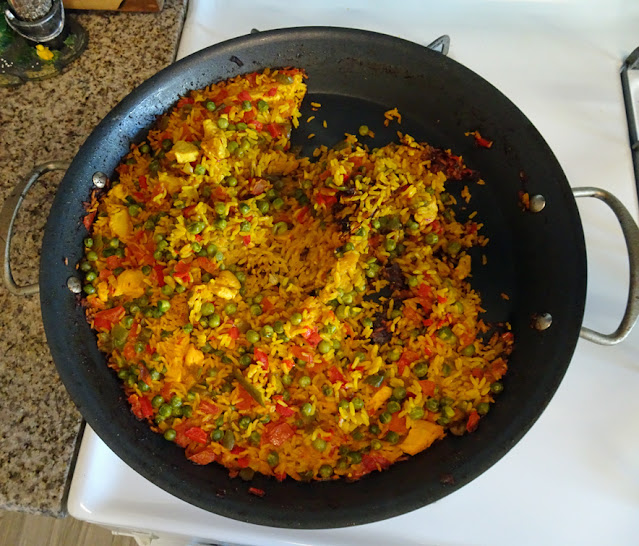 And that is our exciting life. Thinking about taking a short summer trip around the end of April, beginning of May. So might work on that for a while. Routes and reservations.
Did a 8600 step walk in wetlands this morning. Took a lot of the dirt paths. Winds here today are TERRIBLE - Bill clocked one gust at 70 mph in our back yard.
Posted by Carol and Bill at 2:04 PM

Well now is a fine time to learn that you like to bake cakes...

Mark - I don't like to bake cakes - he - who doesn't like sweets - likes to eat them if I bake them for him.