A short trip around town.

Bill's tooth, or lack of, is still bugging him. One day it is fine, the next it is hurting. It's been so long since I've had any teeth pulled I don't know if that is normal or not. Even Google isn't sure. Sure wish it would settle down.

We got out one morning for a drive. Lots of people on the Malecon. Mostly Nationals very few Gringos. Good to see. 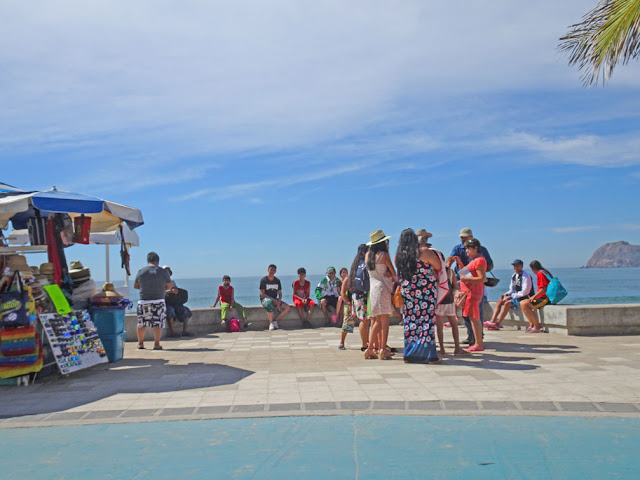 So this place looks done. Sign says Gusto, Gusto Cantina de Playa. Soooo still not sure if there is something below it or if it is part of the building next door or... 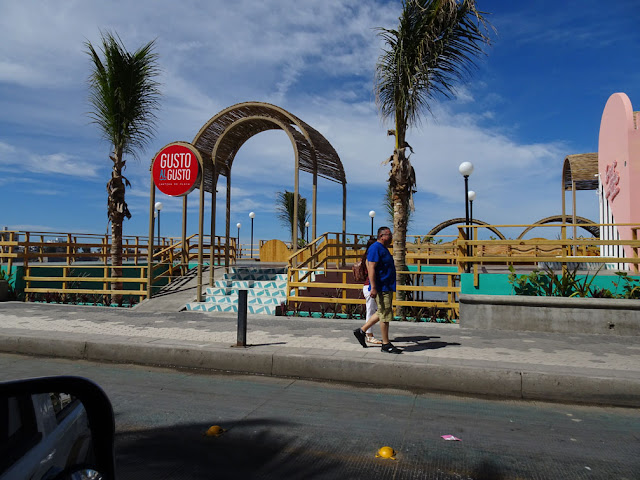 Lots of beach umbrellas out. A shadow from the halo street lights. 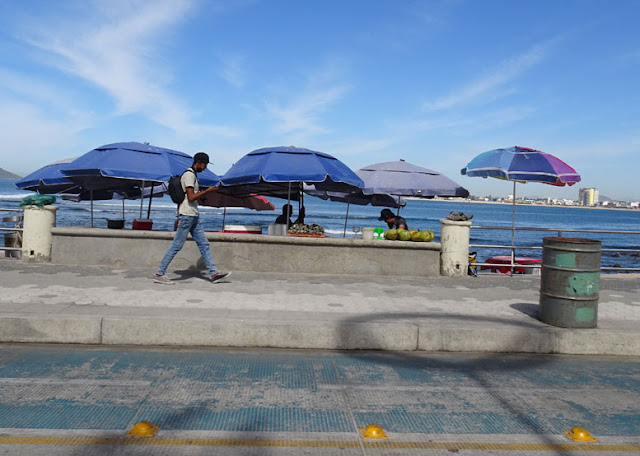 Sometimes you just can't get any where. Followed these two until the truck and trailer on the left finally made a left turn on to another road. Neither one could/would get ahead of or drop behind the other. 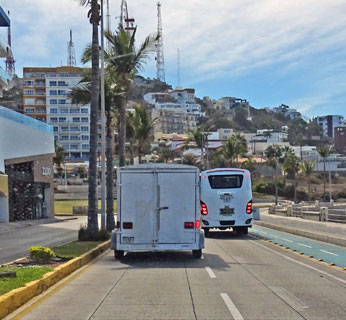 This was the bus on the right. It picks up people to take to the Pirate Museum. Notice the guide in his pirate costume. 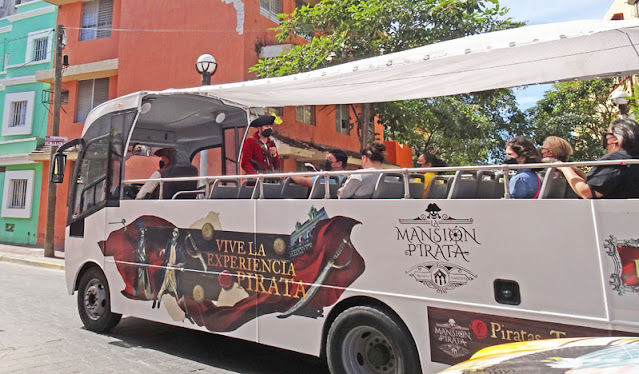 There was, oh my, parking in front of the Panama bakery so the Jeep just pulled in on its own. Cute donuts. 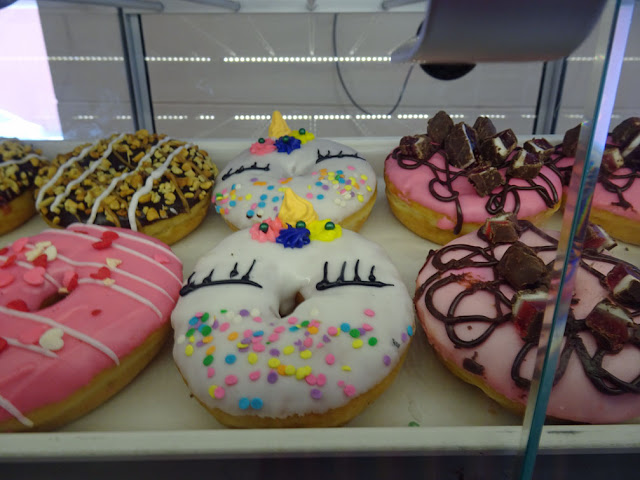 Lots and lots of stuff to choose from. 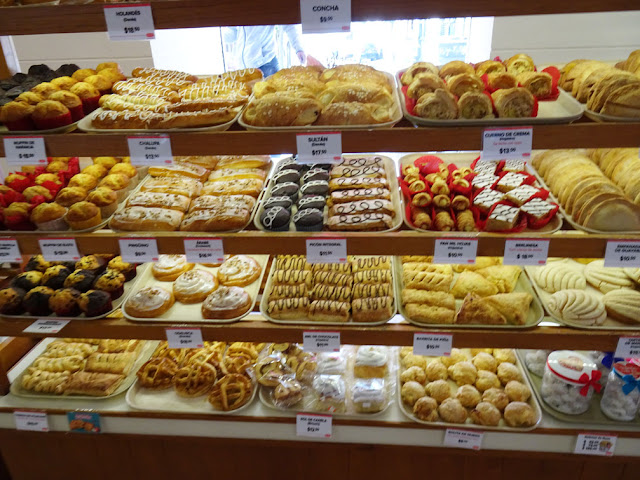 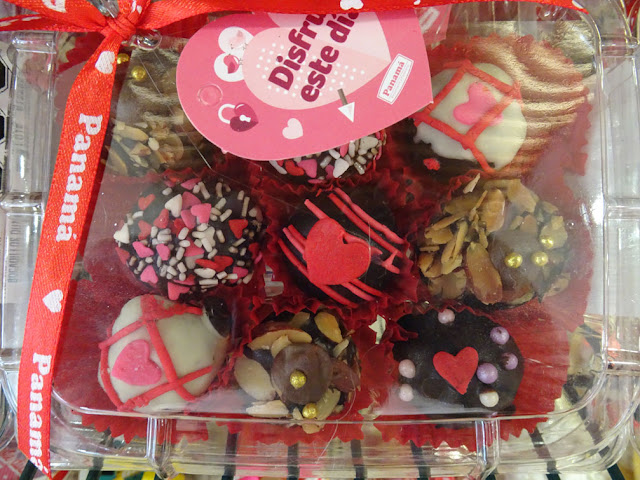 AND there was parking in front of restaurant La Antigua. Again, the jeep parked itself. These signs are on the table, Not sure what I think about the product. Waffle on a stick. Hum.... 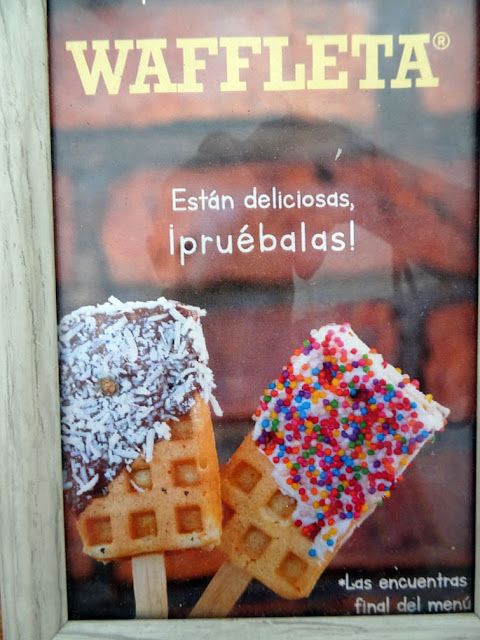 We both had the same crepe for breakfast - crepe stuffed with sliced bananas and cream cheese and covered with caramel sauce and walnuts and whipped cream. This was Bill's NO walnuts because of tooth. Looks like he got extra caramel sauce. 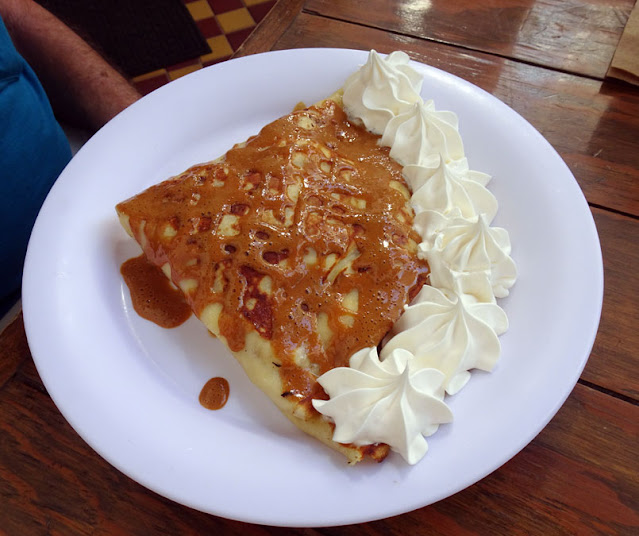 Mine with the walnuts. YUM. These are huge that is a regular size dinner plate. 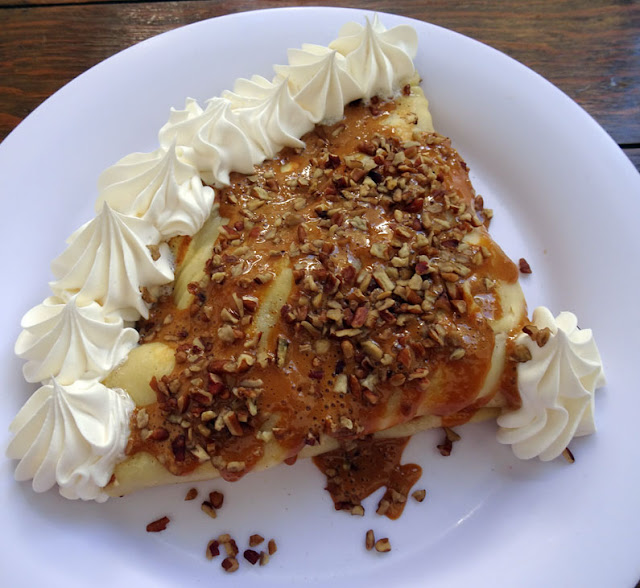 We sat at a different table this time. Back in a corner but still in patio. So pretty here. 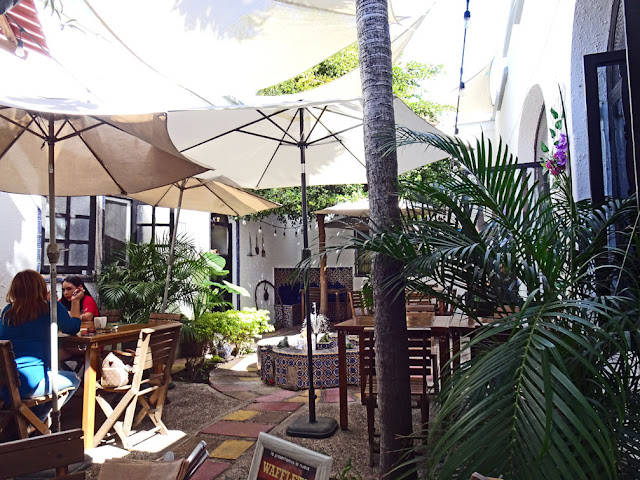 Were going to check on THE WATCH. but the road we needed to turn on was all tore up. Again one of busiest streets in Centro.  Took a detour and got there but watchmaker was closed! 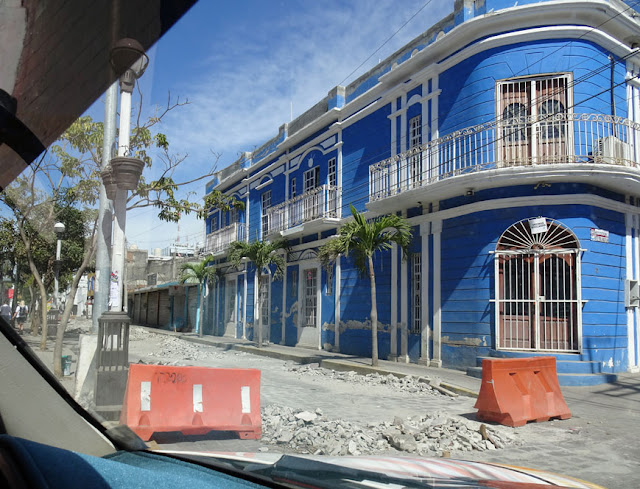 Heading home. This man was preforming between cars when the light was red. He had his son, I'd guess about five years old, all dressed up with him. Couldn't get a shot of the little boy. He was making some money. Over the man's shoulder you can see some feathers from the little boy's headdress. 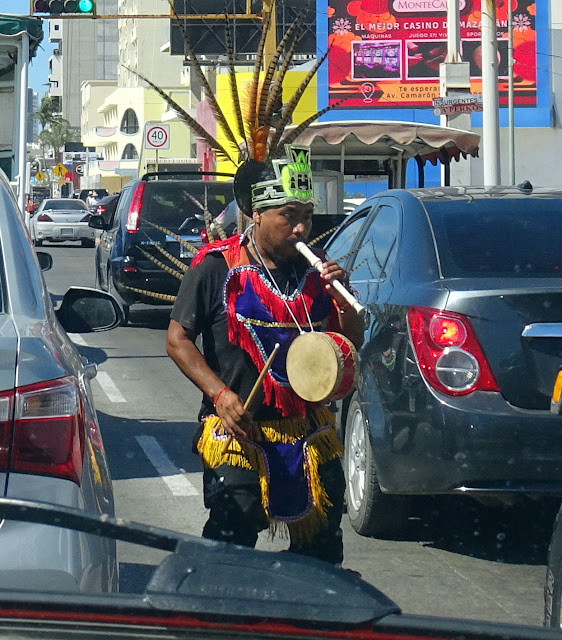 We had the auto body painter that painted the graphics on the RV and Jeep - not the murals - come over to do some clean up on the back of the RV. And have been out to take the pictures of the Carnival statues but other than that. Basically hoping tooth clears up and counting days before we head north.
Posted by Carol and Bill at 11:07 AM

Larry now has five implants so he has a bit of experience with having teeth removed. He has not had the problems Bill is having. Even when they have removed the tooth and placed an implant at the same time the discomfort goes away steadily each day.

Last year I also had a tooth removed and an implant placed, my experience was the same as Larry's. Neither of us have had the pain get worse from one day to the next.

Of course everyone is different and I believe Bill had been fighting an infection so that might have delayed his healing. I hope he fully recovers soon!!