The Carnival Poppets - Monigotes are up

The other night just to get out we took a drive to the marina and walked around a little bit. It was about six o'clock. We were very surprised to find one of the long time restaurants there closing at six on a Friday night. In fact except for La Mona a pizza restaurant there were no customers in the open clubs and restaurants. 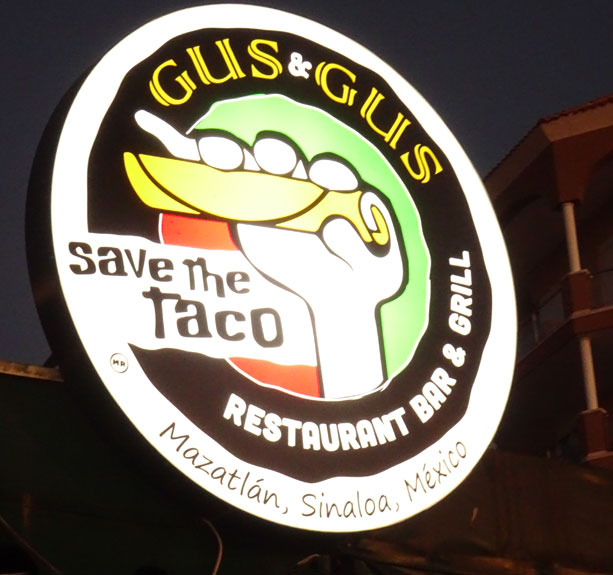 The Marina at sunset. 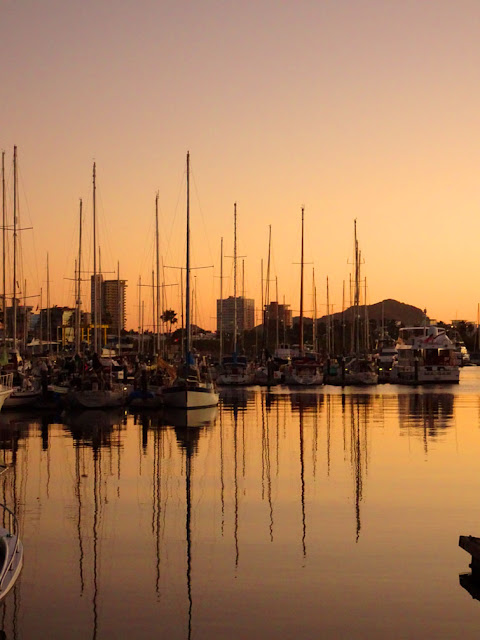 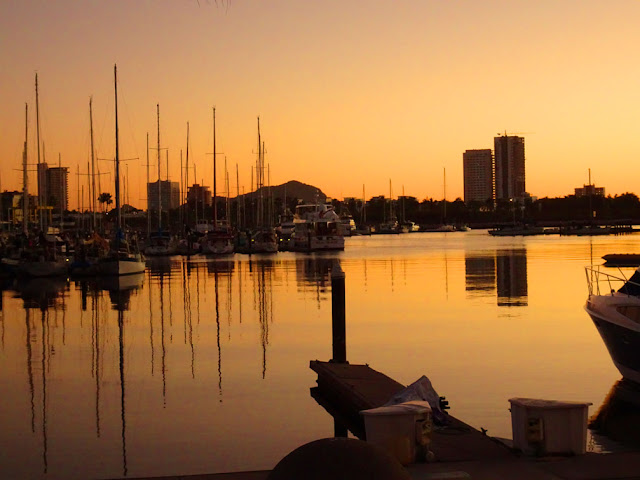 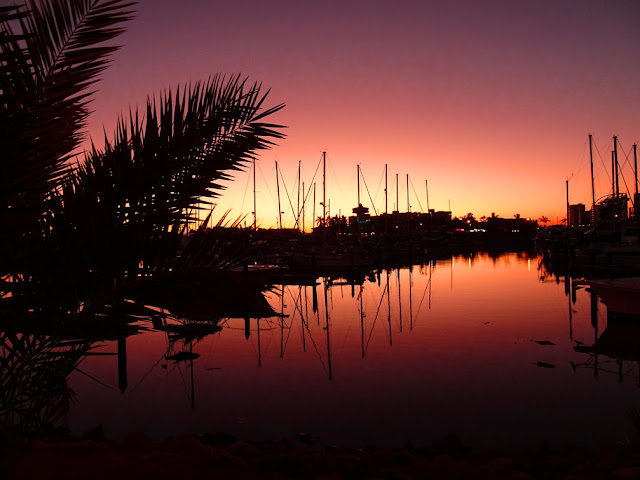 The décor in a new, to us, restaurant. Kind of different. Only one table had people at it. 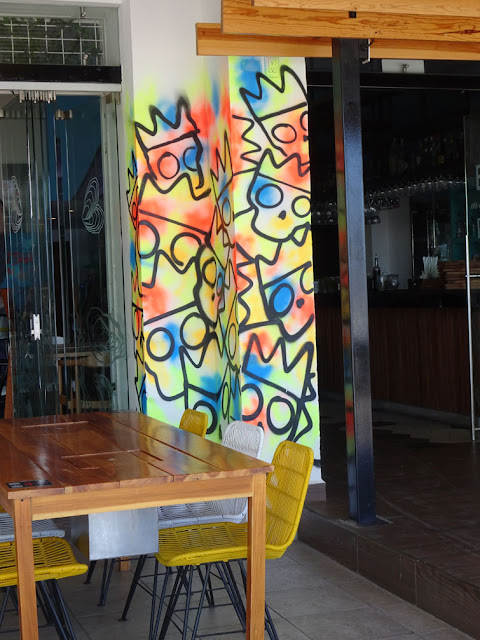 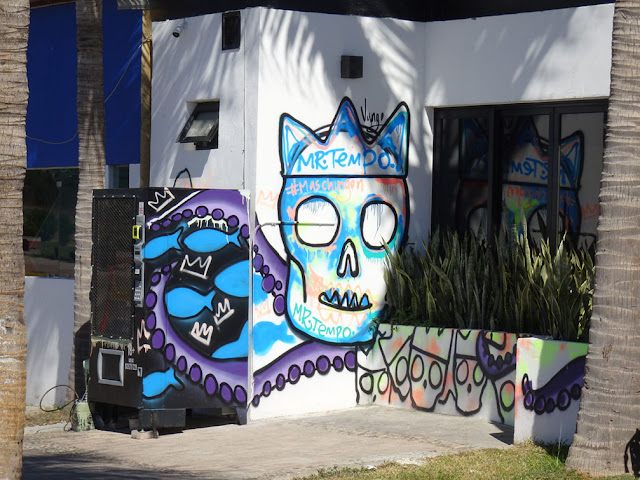 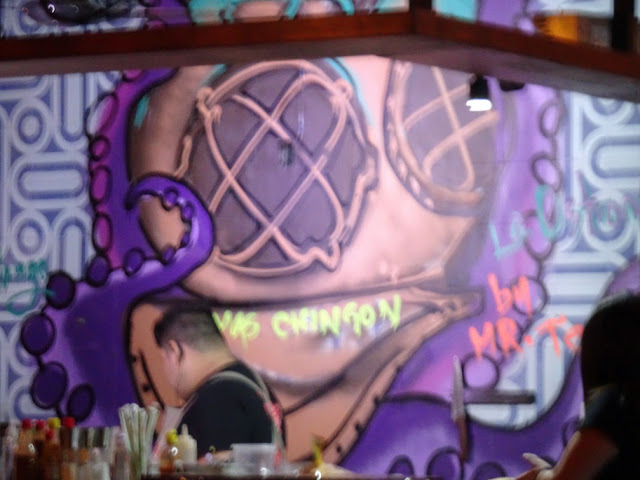 On Saturday we took another ride. Some of the Poppets or Monigotes statues are going up along the Malecon. There are usually eight or ten of them. But only saw these five. The are made of Paper Mache. The theme of this years carnival is
"Lanao el Viaje Continua" - A Journey Through Time. No comments about the following pictures. Just enjoy. 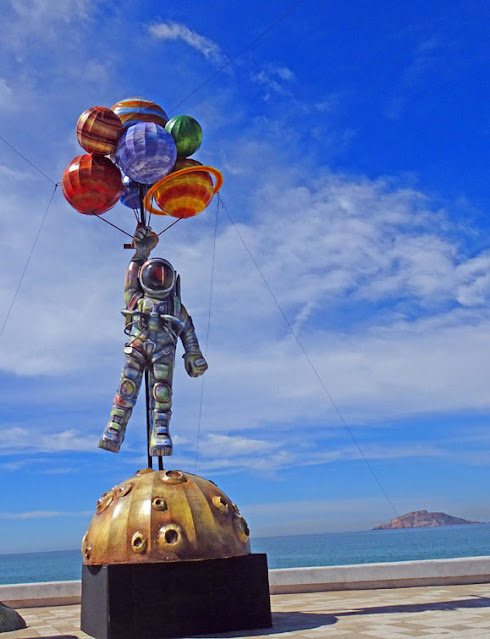 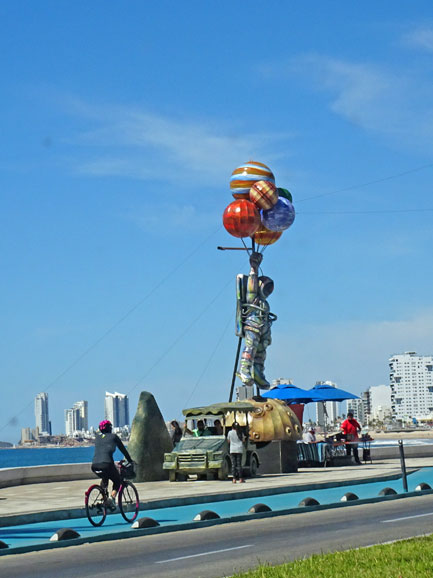 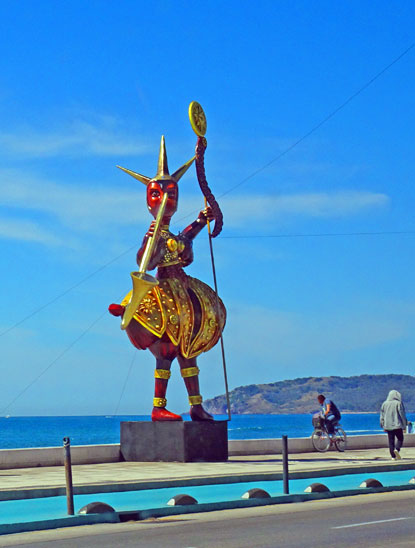 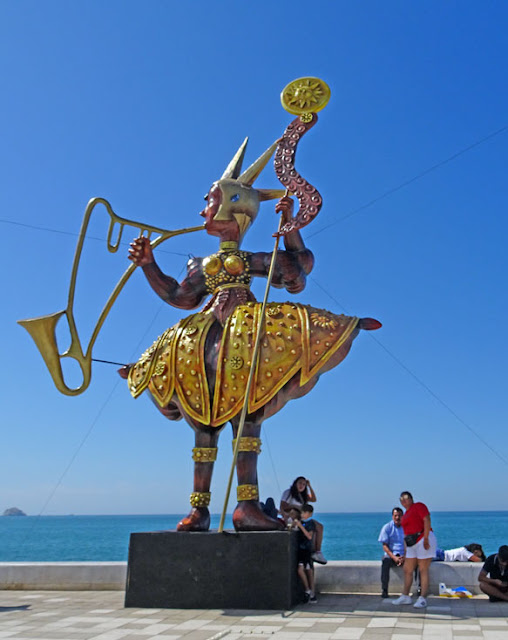 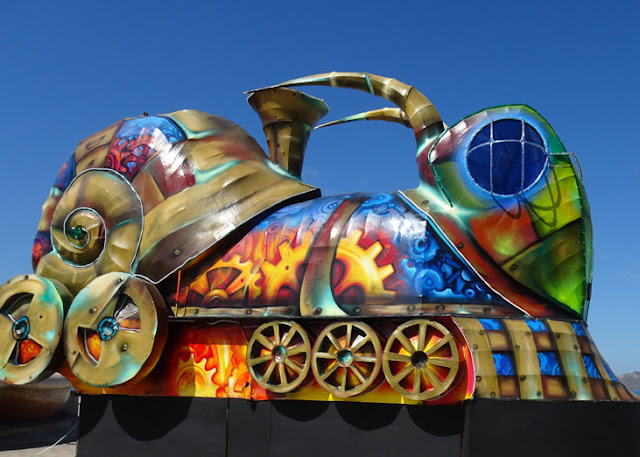 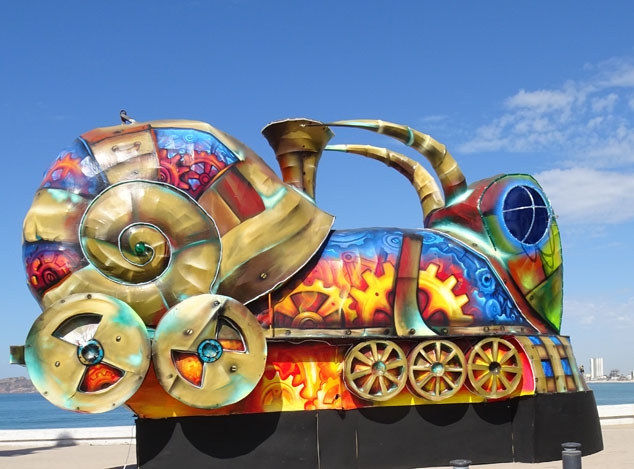 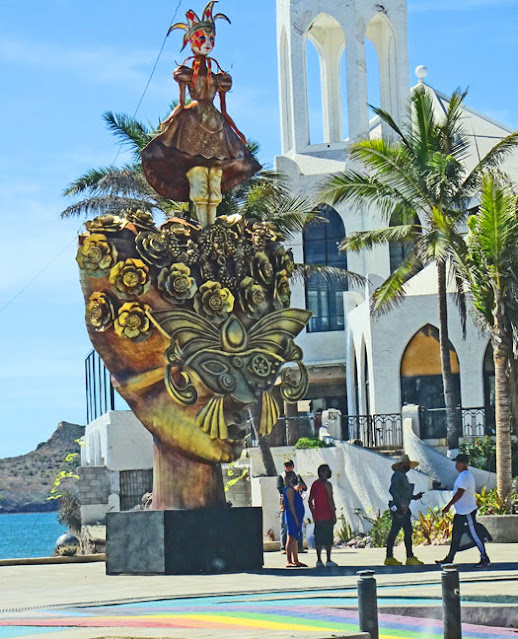 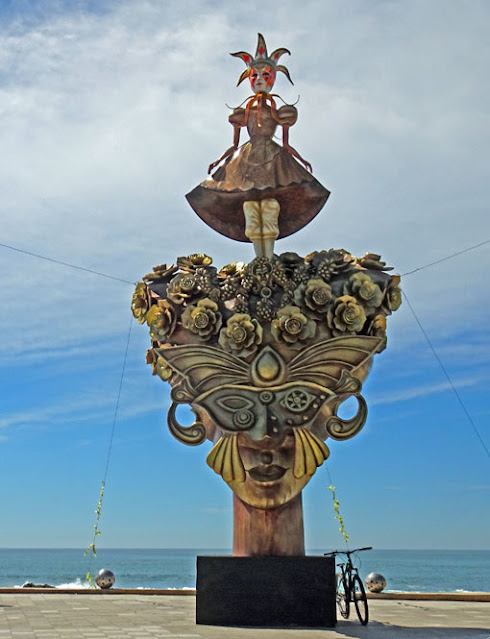 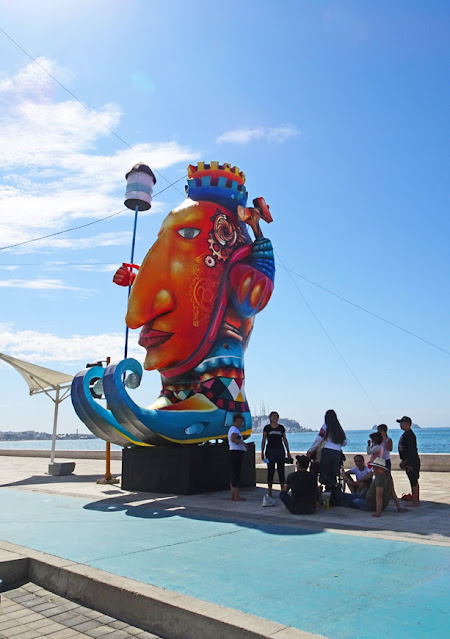 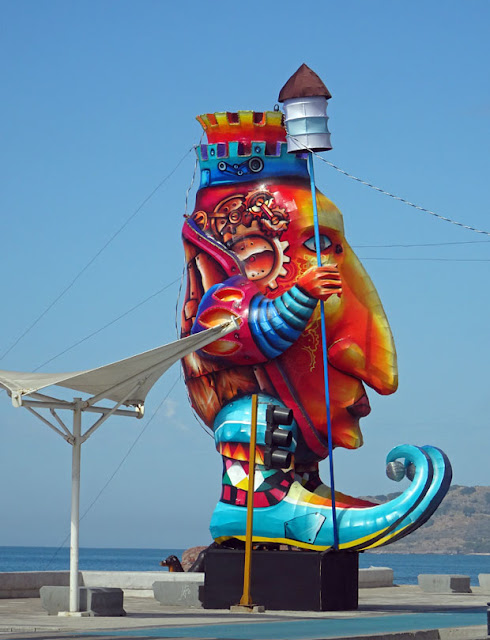 It is never easy to get pictures of them. Seems like the sun is always in the wrong direction. And there are light posts and other things in the way. Also have to focus quick from a moving car.
Posted by Carol and Bill at 11:36 AM

Love the one by Valentino's. Also love your first marina photo.

Beautiful! My favorite is the third marina photo. It would make a great header picture (hint hint)!!

WOW, love those statues!! Thanks for sharing them.

Jackie - The one by valentinos really has a lot of work on it.
I like the grasshopper train
Nancy - just for you
Ruth - there are usually a lot more of them. might be more going up I hope.

That marina photo with the palm frawn is outstanding.