It is warm here in Vegas now.

The last day of May already. Our son John would have been 51 a couple of weeks ago. Doesn't seem possible he has been gone almost 10 years. Enough of that.
Here is last night kind of okay sunset. Too many heavy clouds to be really pretty. This is looking out from the front of our house towards the west side of town. 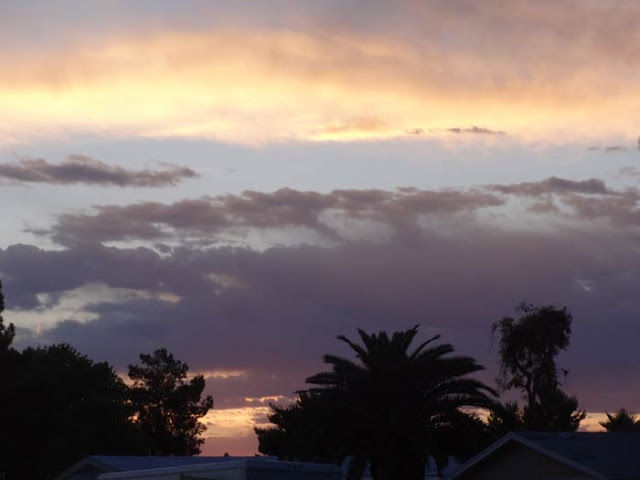 And when we look out the back towards the Wetlands we can see all the airplanes on approach to Vegas airport. They do not go over us so we can't hear them but sometimes it looks like we are being invaded we can see so many lights in the night sky. When I took this I could see 4 planes - one had just passed and one was too far away for it's lights to show in the picture. You can see the lights from two of them. 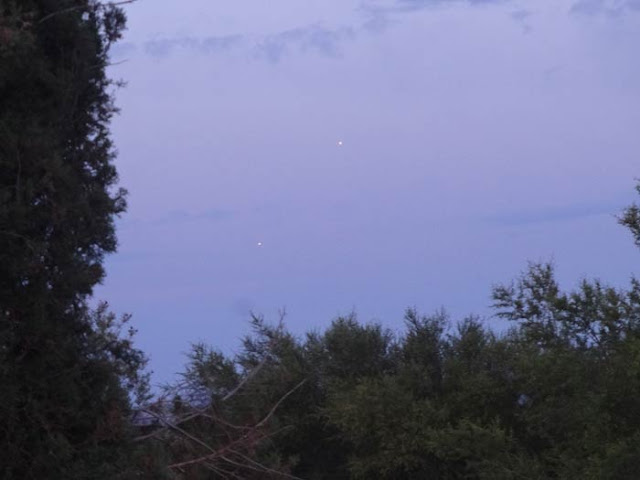 I got up in time to see the sunrise this morning but there were no clouds so the sky just got yellow and then the sun was up. (Have to mention - yesterday I got in over 10,000 steps - two days in a row.) This morning before it got too hot I walked around the community for about a half hour. This is a reflection in a puddle - a rather large puddle. Not a whisper of a breeze. all day. 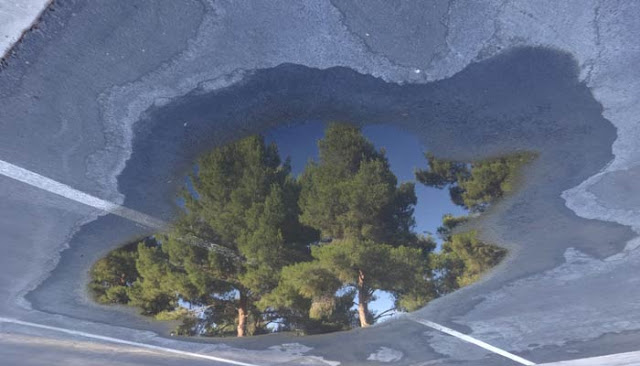 It is now 5:00 and it is 98 degrees out with a feels like 95!!! Tomorrow it will reach or go over 100. We are under an excessive heat warning for the next week.
Speaking of heat, I mentioned yesterday that our air conditioning was not cooling. I called the home warranty company this morning at 8:00 and to my surprise got right through. And had an appointment with a technical between the famous hours of 1 to 5. So we decided to run a couple of errands while it was still cool out. About 9:00 we had just arrived at Lowe's to return something when the cell phone range. It was the Air conditioning service telling me the technician was at our house, where were we?!?!?! Oops they made a mistake when telling me the time should have told me the equally famous 8 to 12 time. So I told the office we could be home in 10 minutes and would the technician please wait for us. On hold. Back with office - Yes he would. By then we were already in the car and on the road. Thank goodness he'd wait. Turned out we have an older unit one that still uses Freon and the Freon was out, had to be recharged. Guess what? Recharging Freon isn't covered under home warranty. So we had to pay service fee of $65 plus $175 for 3 pounds of Freon. We've since found out we got away cheap. The company the warranty office sends has a set charge for the Freon of $175 no matter how much you need. Other companies charge per pound - $120 per pound! So now we have a nice cool house. Pretty good service this time.
Worked on my quilt some today. Put together two rows to see how it will look. It isn't sewn - the pieces are just sitting by each other. I still have to buy batting and a backing material and cut way more pieces. 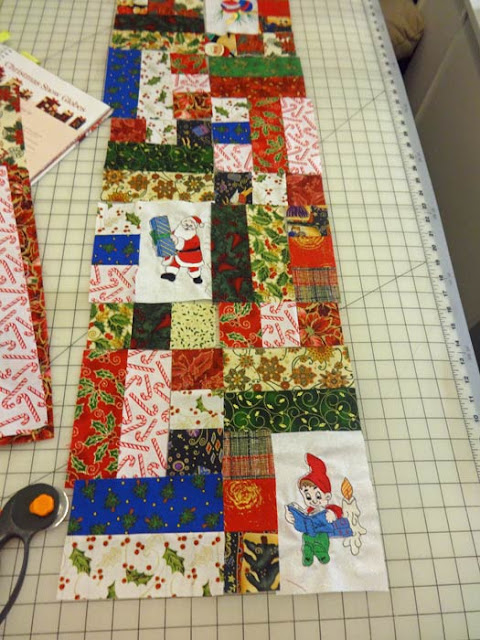 While I was doing that Bill was outside taking more decals off the Jayco - mainly the JAYCO on the front cap.And he marked all the tiles where they needed to be cut. Here is where he is going to put them. Yes, he took down my food photos. Oh Well. 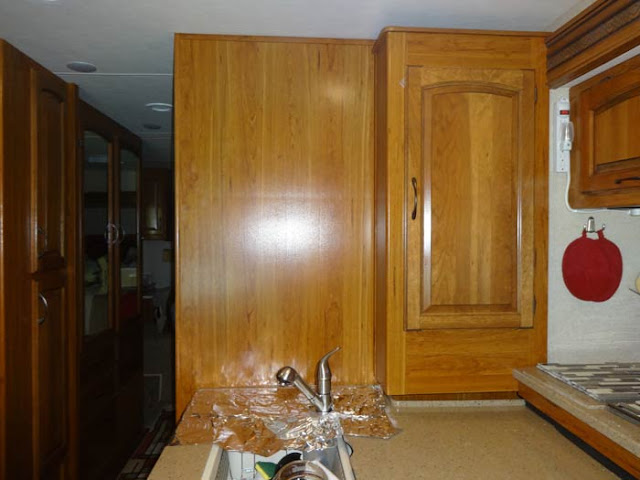 And these are the tiles the ones on the right are the way they will go. Got too hot to work out there so we took Hawk back to storage until another time. Remember the detective series Spencer and his sidekick Hawk? Or maybe Freddy the Ford. Or maybe just the RV. 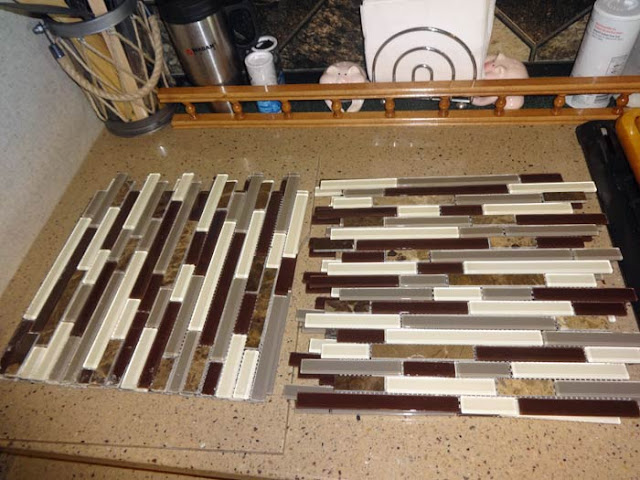 No cooking tonight - got a roasted chicken at the market and it is huge - the leg has more meat on it than most breasts.
Posted by Carol and Bill at 5:18 PM

The photo of the reflection in the puddle is outstanding! Do you order the short queen sheets on line or purchase them and if so what store do you find the best selection? TIA

Heartfelt thoughts to you both about John. I am sure you miss him every single day.....
Love reading your blog. I can hear you talking so it makes me miss you guys!! I have been very slow with my blog, working just gets in the way. Well, that and moving last weekend as well!! I will update this weekend, unless we are on the road to our daughter's place. Their first baby is now officially 5 days overdue! Yikes!!

we ordered them on line from Amazon

Was talking about you guys yesterday. Will email you later.

My son would would also been 50 year hold on 31 of May. We think of him every day.

The loss of your son is a pain that will never go away but you are doing all the things to honor his memory. Living a full and happy , busy life.

I was insensitive when I did not mention the loss of your son, John, who we read so much about in your book. Please forgive my rudeness. thank you for the above information.

I just wish he could have lived to see his grandchildren [three and one on the way] - he truly enjoyed children.