All the way to Argentina

Time flies. It's been  two years since we wrote our book ALL THE WAY TO ARGENTINA about our drive from Los Angeles to Argentina.And we took the trip 38 years ago. 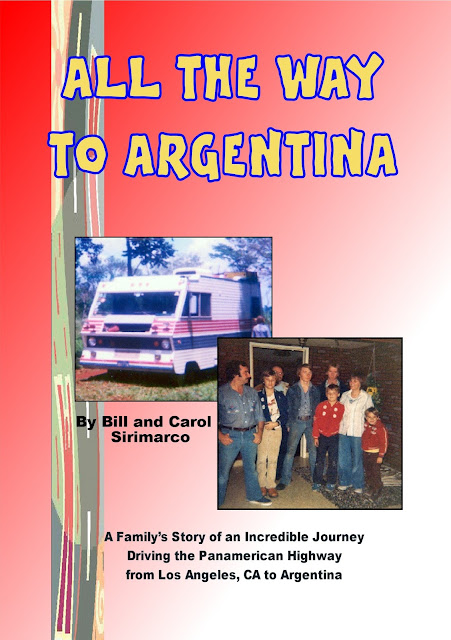 The Table of Contents from the book

So basically I haven't done any thing to write about today. Except taking a long walk this morning of 2 1/2 miles. The weather was so nice I couldn't stay inside.
Have to go to fabric store to get the material for the backing and sashing for the quilt. Can't do any more on it until then.
With my walk this morning I did get in over 10,000 steps today.

Obviously you survived that adventure. Your trip sounds interesting to say the least. I recall the dirt Pan American Hwy in Ecuador up past Cotopaxi Volcano in the '50s, Quito and surrounding area. I always wondered if someone could actually drive the Hwy from the U.S. through S.A., or live to tell about it.

It was quite a drive in 1978. Some areas were pretty iffy. Especially the wooden bridges with pieces of wood missing. The book tells all about the Adventures.