Wrote this yesterday, didn't get it posted. Such a different Christmas, usually every one in the RV park has Christmas lights up and a big dinner is planned for today.  There are 3 of us here now and we all have some lights up...No special plans for the day, probably just have salad for dinner. [Bill had salad and french fries, I had Cheerios.]

At home we have a storage shed that is full of boxes of Christmas decorations. Last time we decorated our home was in Indiana - Christmas 2007. Since 2008 we have been coming here to Mexico. I would really like to be home for Christmas one more time. I know there are way too many decorations for the home we now live in. But it would be fun to go through all of them again.

We are not planning on doing any thing here - just too many people in town. Our big trip day before yesterday was going to the grocery store and the new little produce store and picked up a few things because I wanted to try some vegetables in the air fryer. Eggplant, a couple kinds of squash, carrots, red pepper, mushrooms and tomatoes. Turned out pretty good. This air fryer here in the RV is very small so had to do two batches and still over filled the basket so a few things were still crunchy. Marinated them in chimichurri first. 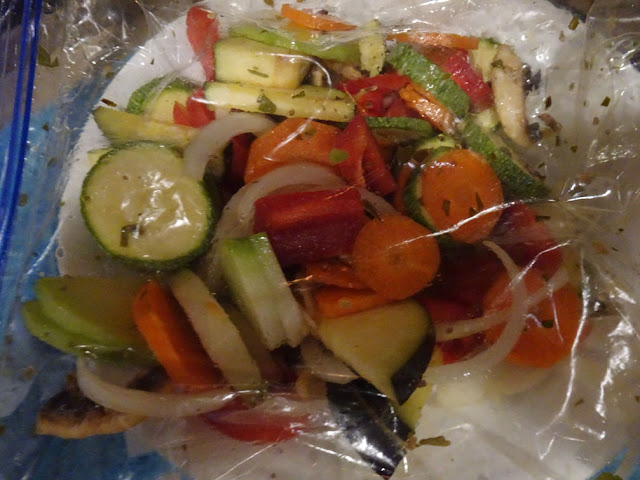 Had enough vegies left that I can did the same thing Thursday night, but also fixed some chicken breast. This time I over cooked the vegetables. Mush any one?
Did go out the other night to take pictures of the planets. This is the best I could get. 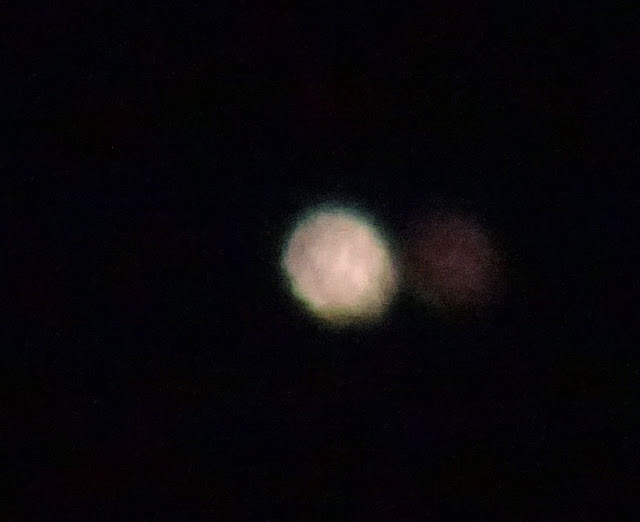 Slayed home most of Christmas Eve except went for a short ride. Very short - forgot the road was washboard dirt.
Watched a couple of Hallmark Christmas movies and Christmas Day morning Las Vegas channel 5 was showing a burning fireplace and playing Christmas music instead of having news. Kind of nice to listen to.
Did take a drive early Christmas morning. From our end of the city to the harbor. Hardly any other cars on the street. Took some pictures and this video of the pool that is kept full by the ocean waves.

Talked to Bill's brother and all our kids in the afternoon. Every one is doing good. Later in the afternoon Bill took one of his newer drones up to play with it. Here at the RV park. Takes great video.

I got lucky we were out before everyone got up and the camera focused fast as we drove by.

Hi Carol: I understand your thoughts on the Christmas decorations. For the past 5 or 6 years we have been going to the Rio Grande Valley on Christmas day so I have not bothered putting up more than a few decorations. This year we are staying home so almost everything got put up including the tree. I love decorating for Christmas.

This year for some reason, I miss being home for Christmas. Maybe during the summer I'll get them all out and go through them and get rid of a bunch of stuff.