Tuesday turned out to be a busy and fun day.

Well I've almost got caught up.   Tuesday morning Bill suggested going back to La Martina to take the owner some chimichurri that he made.

While he was talking to Maria I was looking around the restaurant. These guys are about 14 inches tall. They are so cute. 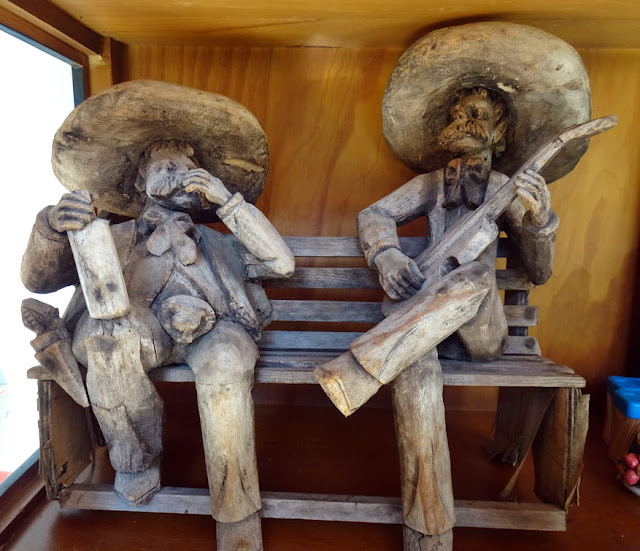 Finally found them, they were out inspecting the new adobe oven. It has to be fired up and cured for about two weeks . A pretty good fire going in it. 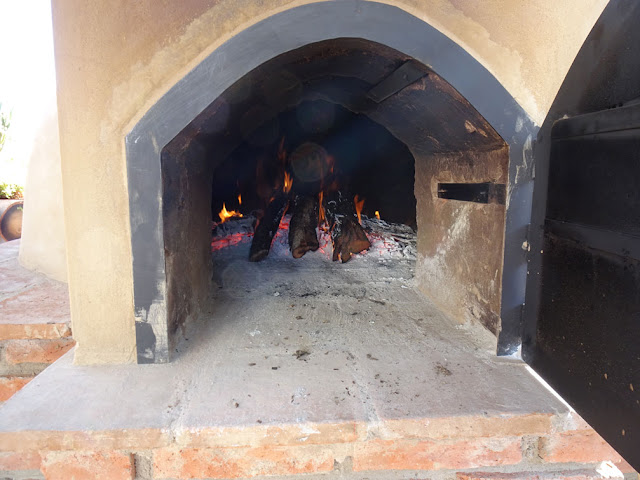 Just another shot of the oven from the kitchen area. 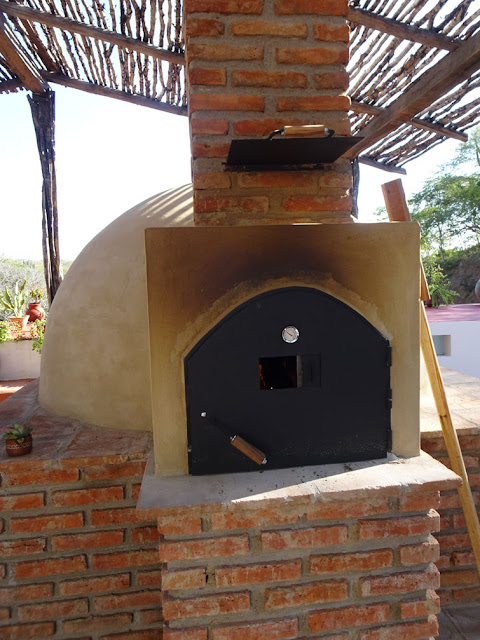 Part of the kitchen is outdoors. The tortillas are cooked on the grill out here., 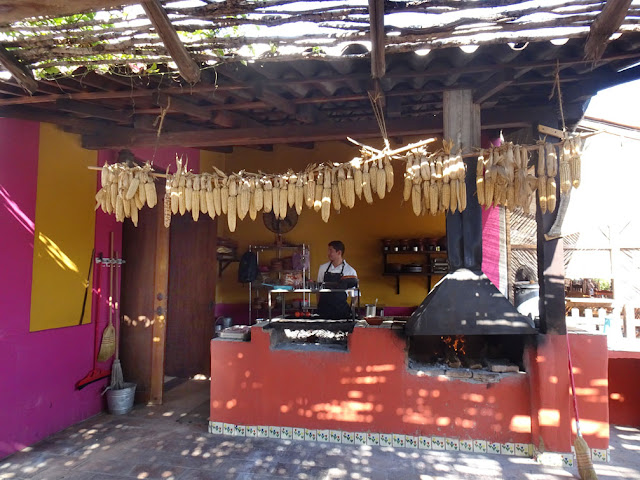 Of course we had breakfast. Bill had crepes with strawberries. The little packet contains butter. 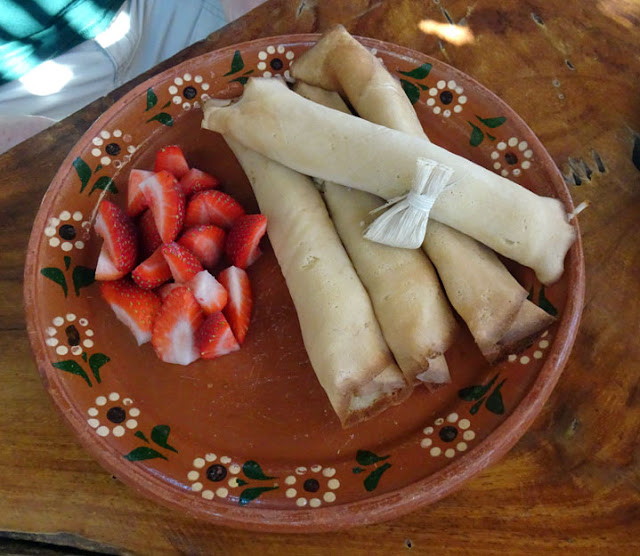 My breakfast, scrambled eggs, sausage and chilaquiles. And of course refried beans. 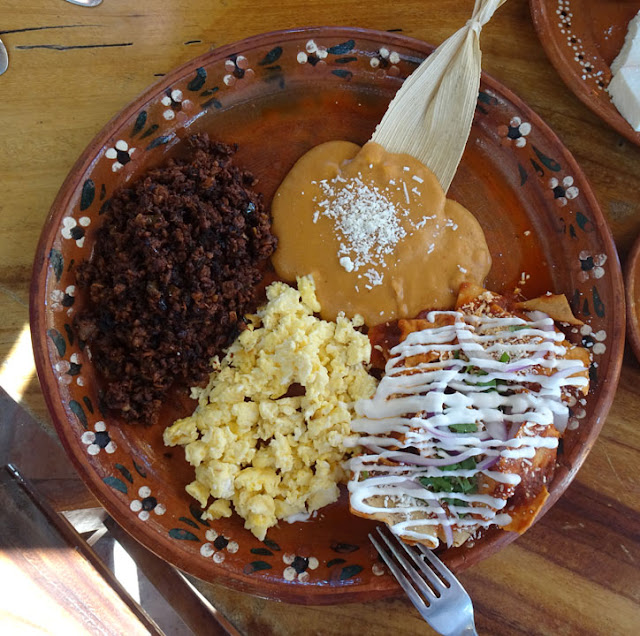 It is easy to forget it is almost winter here. Some of the trees are changing colors. 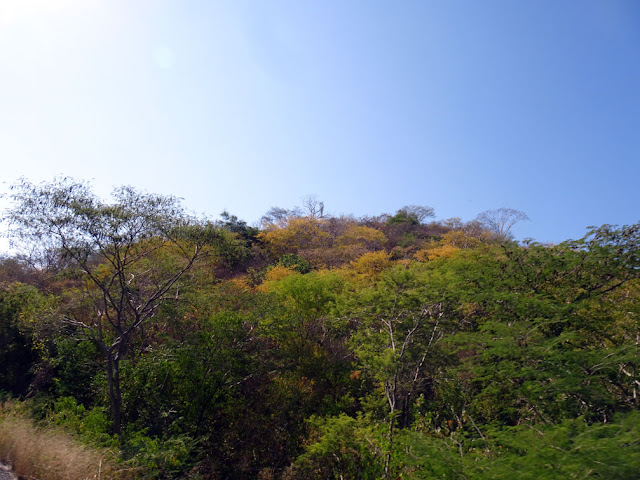 Just a field and farm equipment. I think that is sorghum that has been harvested. 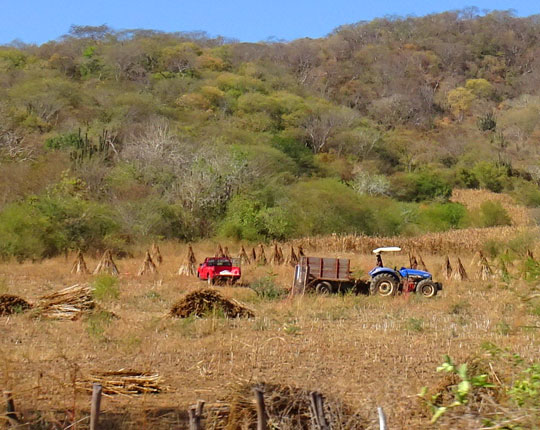 Instead of going right home when we got back to Mazatlan we went up to the Cerritos area to walk around a little bit. The tide was way out. The restaurant has expanded a little. 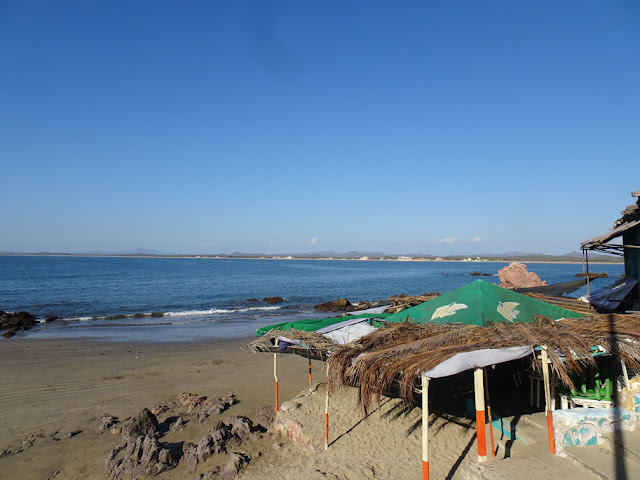 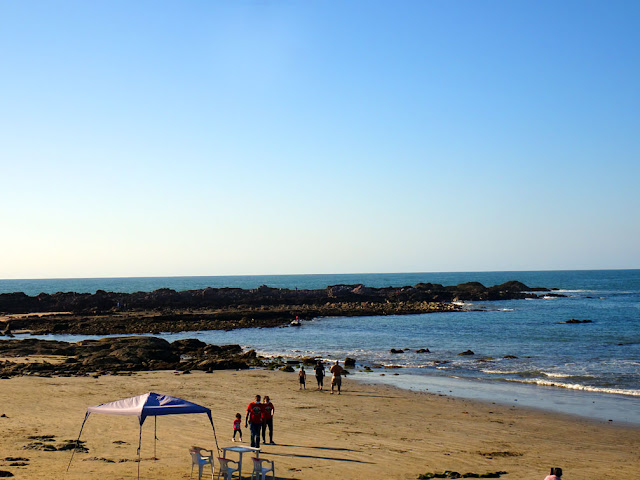 Because it was around noon all the fishing boats were in and pulled up on the sand. 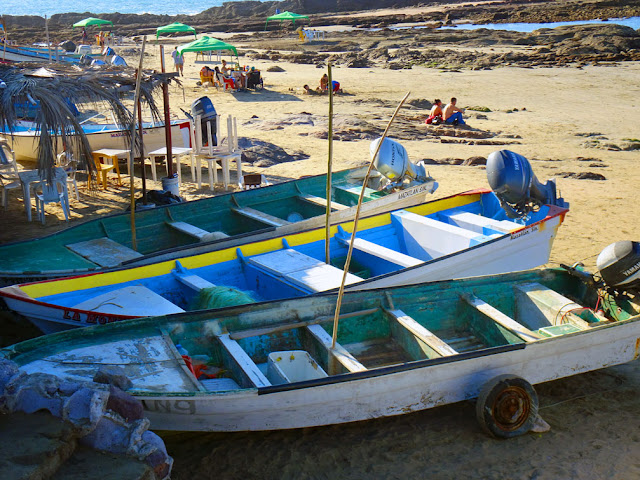 Another  one of the restaurants there. Lots of plants along its side. 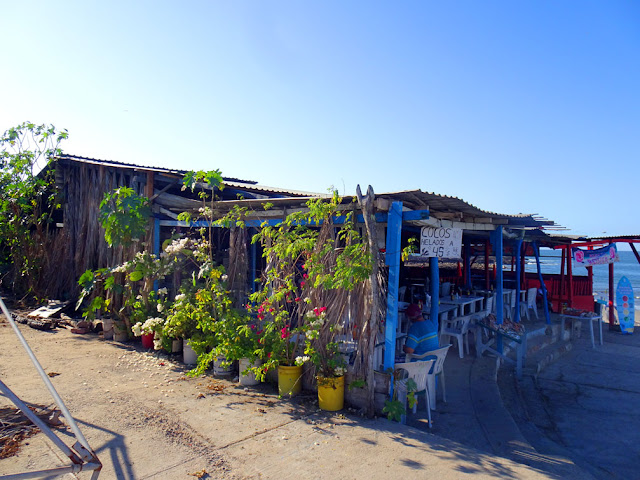 We went over to the Cerritos RV park. Several months ago there was a fire that burnt several of the RVs. About three rows in the center of the park are gone. Most of these RVs had palapas over them and outdoor kitchens and living areas. Was surprised how cleaned up it is. The palapas in the background are the outer row. They were not touched by the fire.. 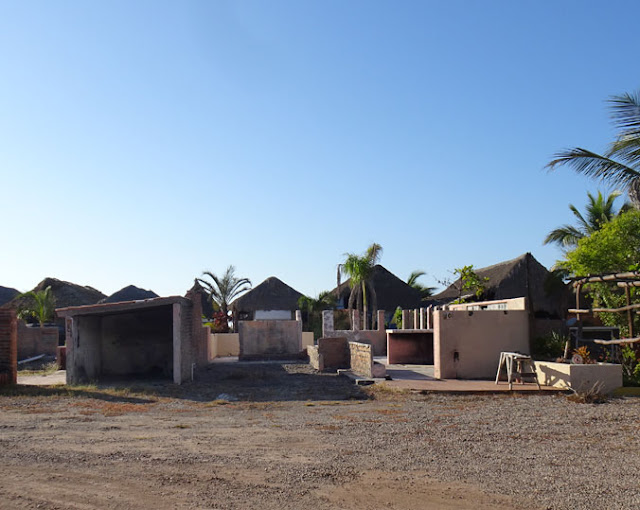 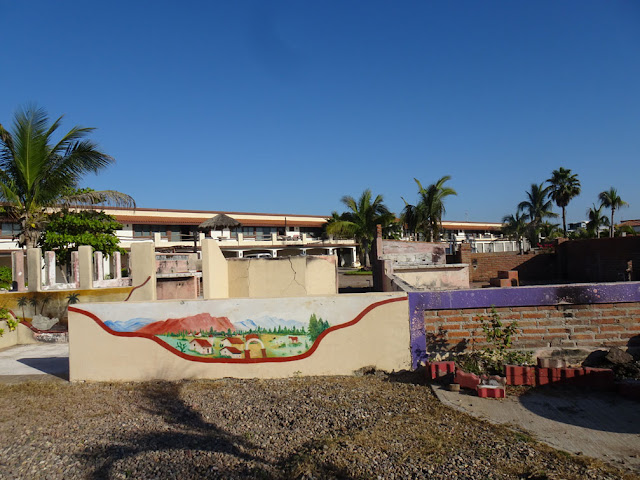 While there we saw a couple of RV pull in to spend at least the night there. So it is open for travelers. 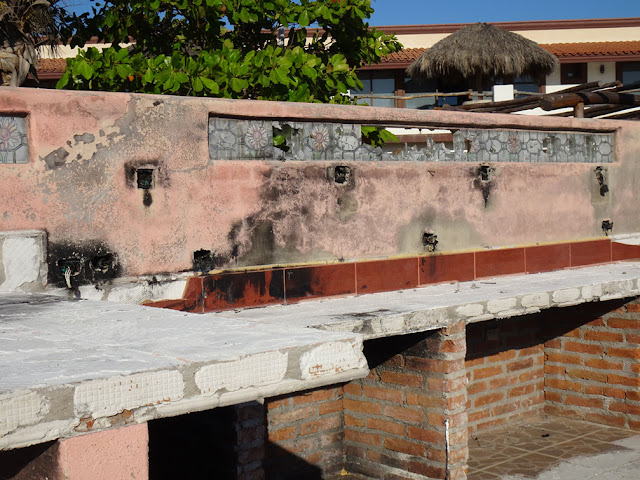 Still in Cerritos - The shops are open but not many customers. We were the only people walking around. 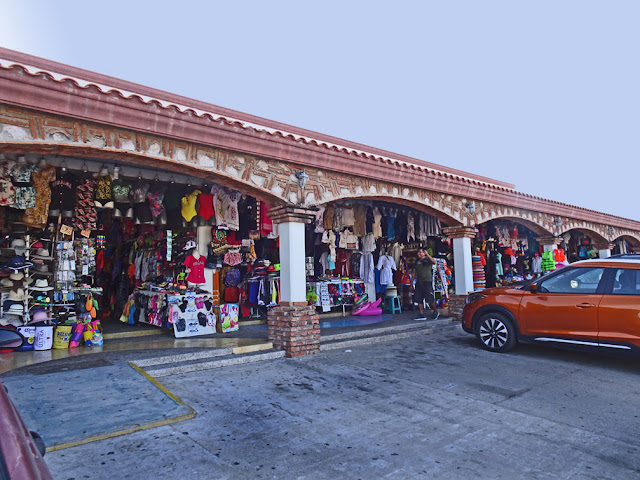 Then we went out to the ocean where we go to watch the sunsets. There is an RV park there too, Completely empty. Not sure if it is open or not. 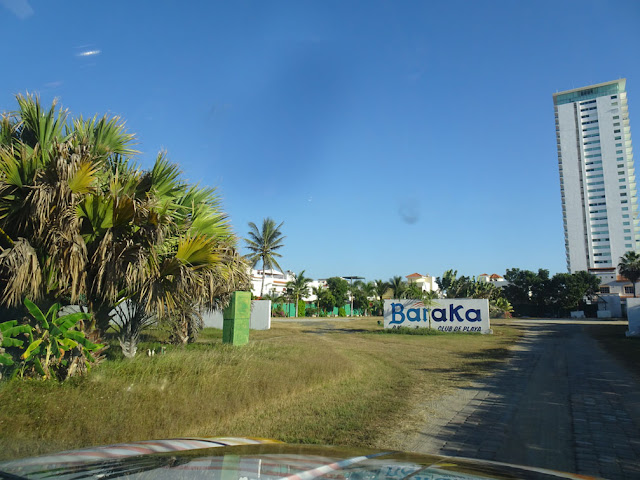 And then because I'm snoopy I talked Bill into driving down into the Mar Villa RV park right on the beach. It is always packed. About half the spaces were empty and the RVs there looked like they were stored there waiting for their owners to come back. About five rigs had people in them. 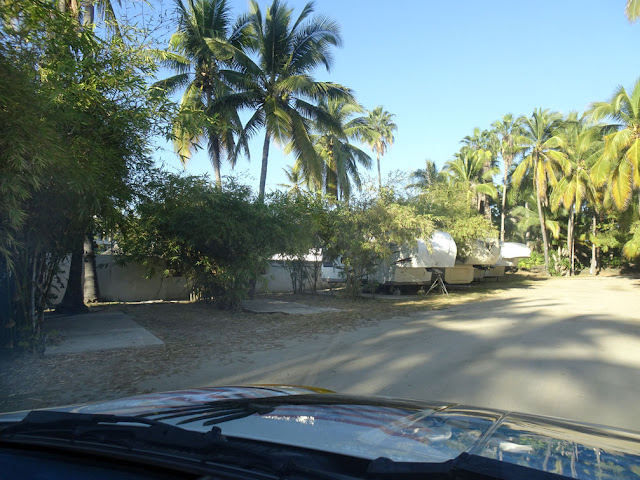 Still didn't want to go home so we continued on to the Marina. Wanted to check the housse of a Pizza place there. And walked around some too. 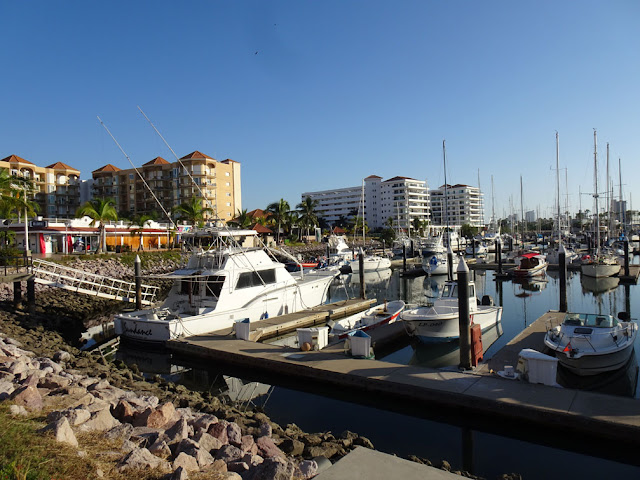 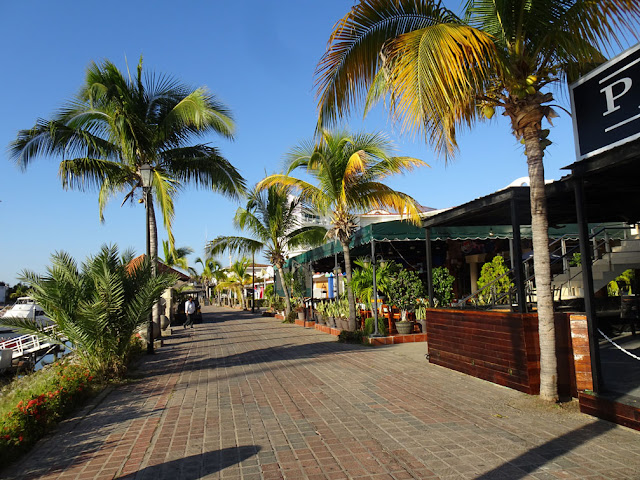 There is a place called DUCK - restaurant? bar? nightclub? not sure what Had these signs out front. Surprise right on marina and no shorts or flip flops? 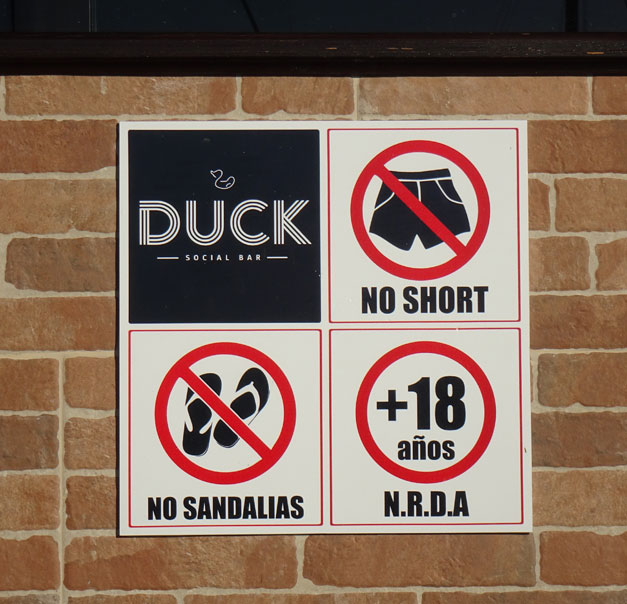 Precautions for entering are pretty clear. 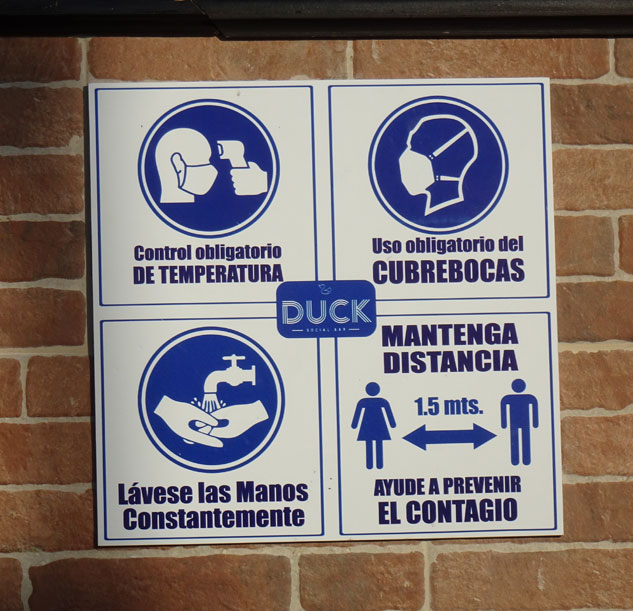 So home we went until we decided to go to Torres for dinner. No one there when we got there to sit in outside area. Ate a good meal and watched the sun go down. Lovely evening. 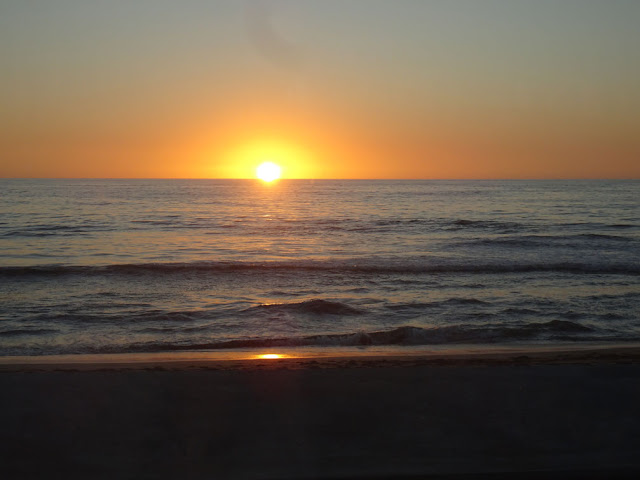 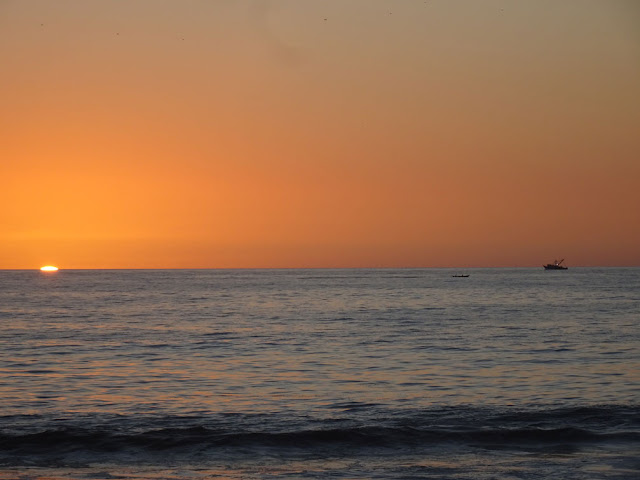 Took this as we were leaving. Rough life being here. 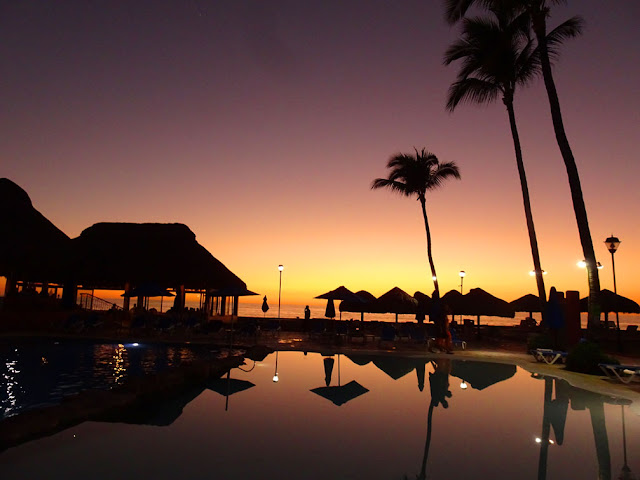 Then home to watch TV and try to get these blogs caught up. Putting together one blog of just video clips from the dash cam as we drove around town the other day. Using it to learn how the movie program works and what I have to do to make them easier to watch.
Posted by Carol and Bill at 11:25 AM

Looks like you visited all my favorite spots... Less than a month for me now...But who's counting..

What a beautiful photo and it makes a great header for your blog. Sure wish I could have been on that wonderful day adventure with you. That is a day to remember for a very long time. So many photos you have shared and thank you very much.

Lovely! Looking forward to your videos! Maybe Bill will make a drone video for us all to enjoy!😀

WOW so sad to see Torres so empty.

Mark - time is passing quickly - be sure to bring LOTS of masks with you. Will email you later.
Sandy -That photo did turn out nice. I like the reflection on the calm water. More photos coming up.
Gumo - Bill will probably get his drone out soon.
Jackie - sad to see so many places empty. Torres has a few americans there but mostly Mexican families. Paco and his entire family had Covid a few months back, he is still having problems - getting out of breath when working with mask and shield.