One day we drove out to the look out point by the light house and the observatory. Main reason was for Bill to take some drone pictures. He did but no one is going to see them. They didn't turn out very good.  Way too much wind.

Just some of the vendors set up along the Malecon.  I like the sidewalk. 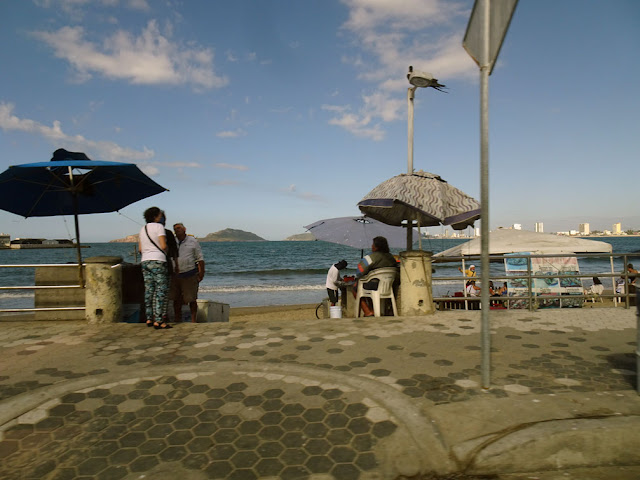 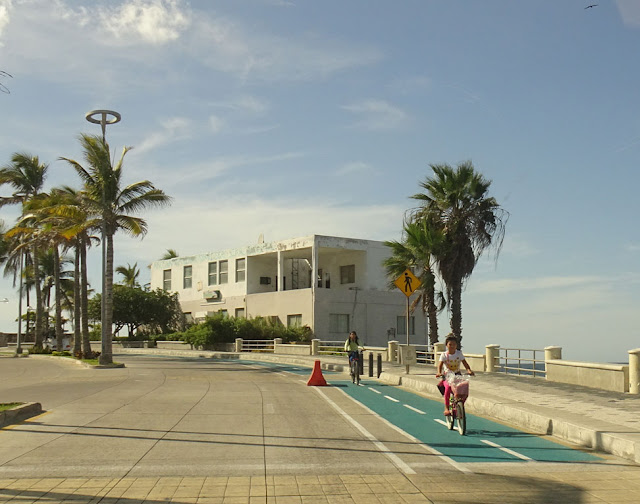 I just like the grass and lamp posts. Lighthouse and glass walkway can be seen on the hill in the background. 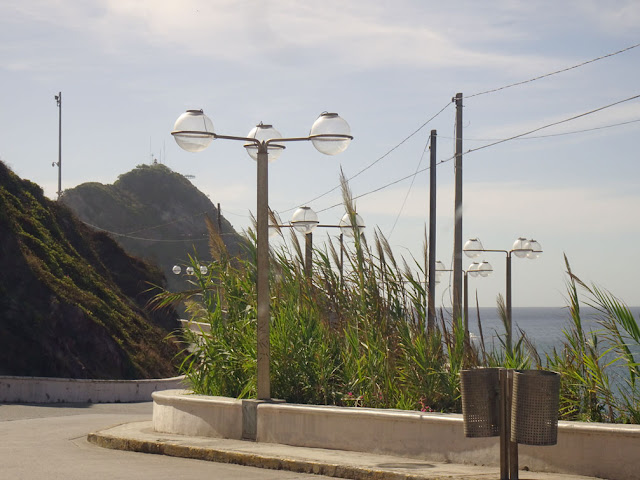 Almost to look out parking. They are doing a lot more work on the museum for the observatory. The white building on the top of the hill on the left side of the picture is the observatory. 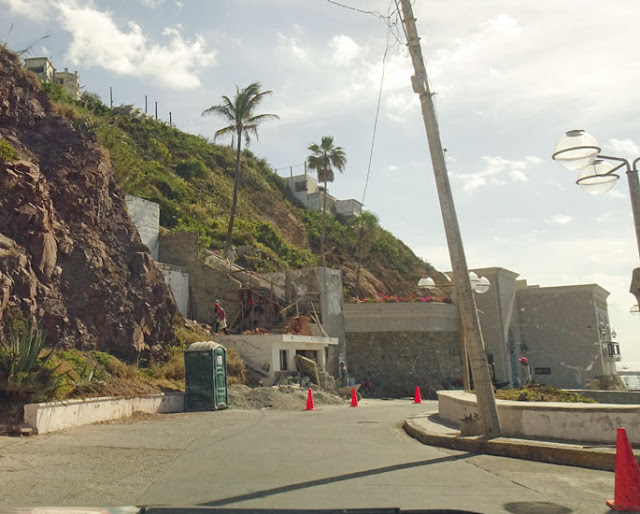 The other day I didn't see the car for the Funicular. But there it is on the top of the track. [building on left is deserted house.] 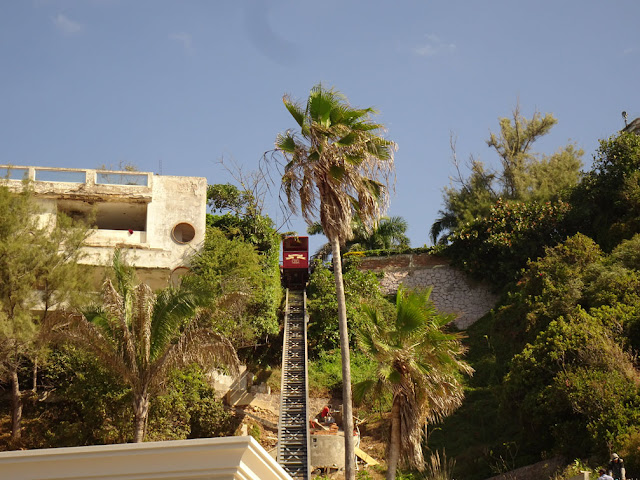 Lots of work being done. Man in red hat is mixing cement then putting it in a bucket and pulling on the rope to send it to the guy on top of the concrete wall. He just got the white bucket up there. 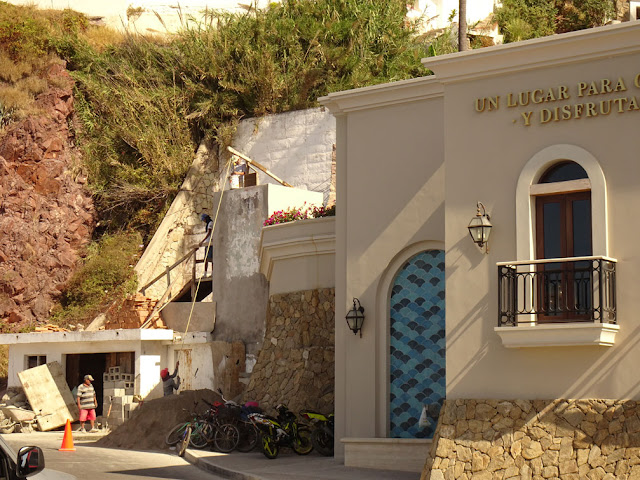 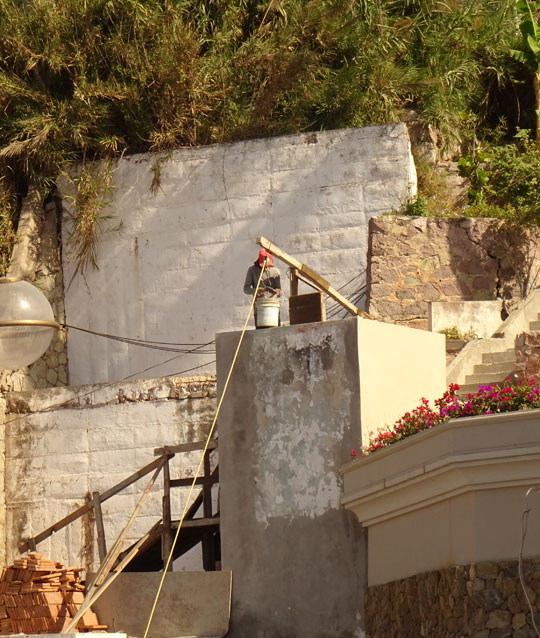 When we got there the gray truck was delivering coconuts to the vendor. He must have been expecting a lot of business cause he got a whole load of coconuts. 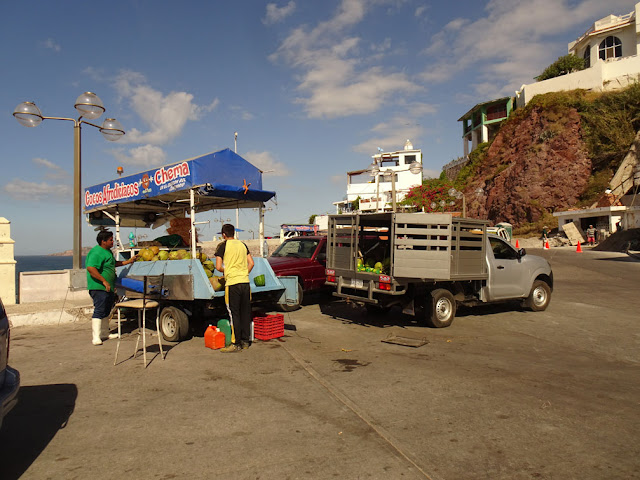 Back to all the work being done. Building three of the semi round things. Seating? retaining wall? planters? No idea. Need the drone to take a look. After the bucket full of cement got to the one guy other workers picked it up, set it on their shoulders and walked up the hill to these things where it is being used. There are stairs to the left of the tracks. 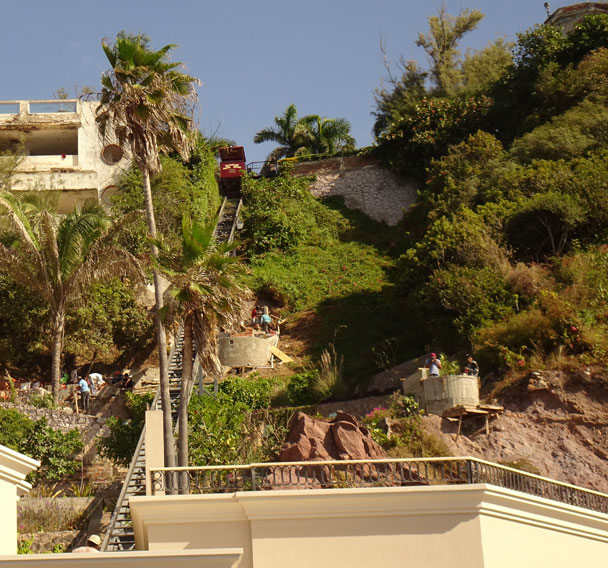 Where's Bill? Yep asking questions. No one knows when all this will open. 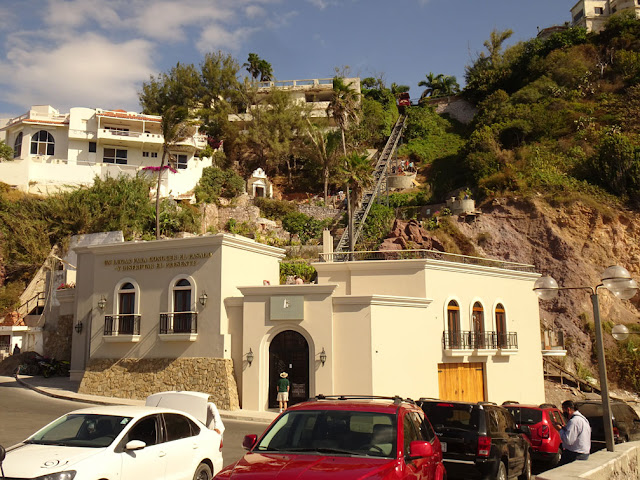 Me just looking around and taking pictures. See the city way over there on the right? 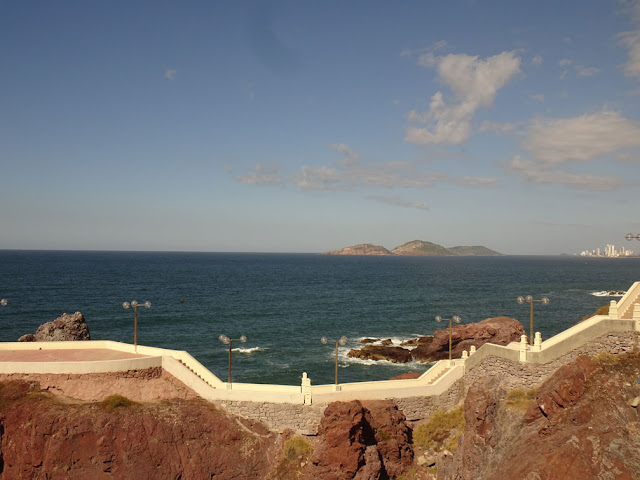 Bill told me to check out the name of the coconut stand. Means  cocos aphrodisiacs. Hum...Notice the front end of the cart is part of a motorcycle. 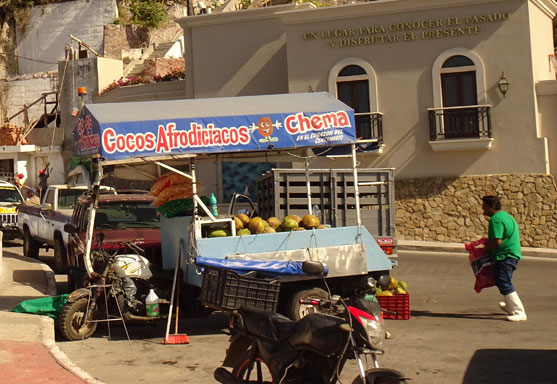 This little chapel like building is new since we left in the spring. 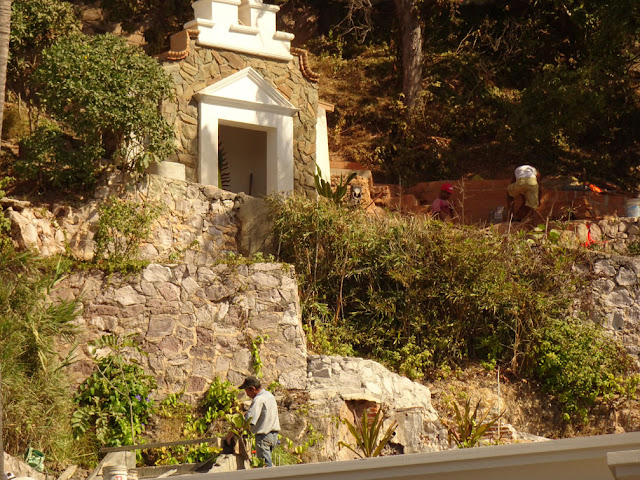 Lots of work going on. 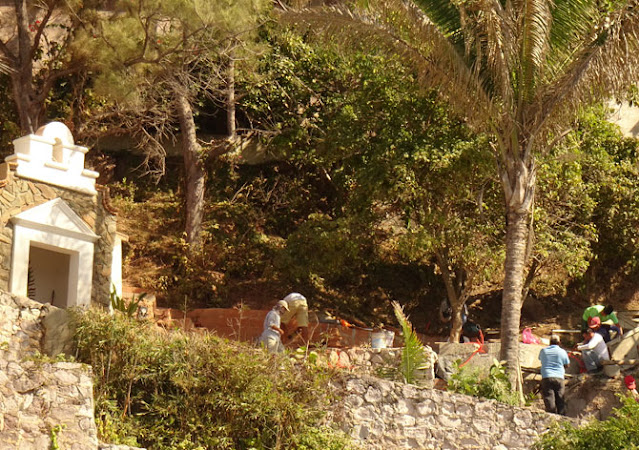 I was trying to get a picture of one of the men carrying the bucket of cement, but couldn't find him with the camera. 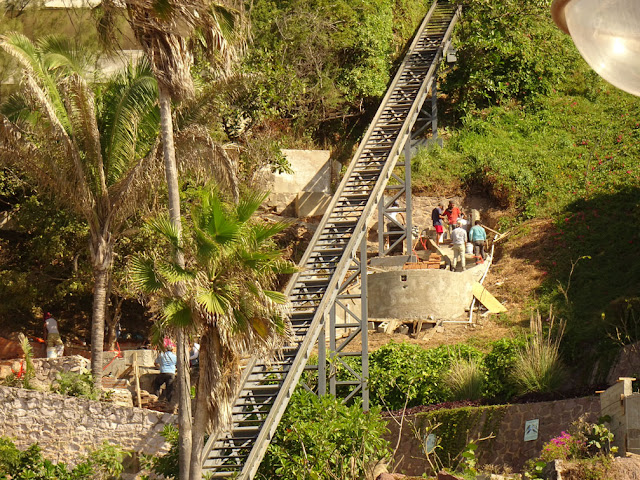 A better picture of the Observatory. It was built in the late 1800's.The inside looks pretty nice in pictures I've seen of it. They use it for special functions. But the outside could use some TLC. 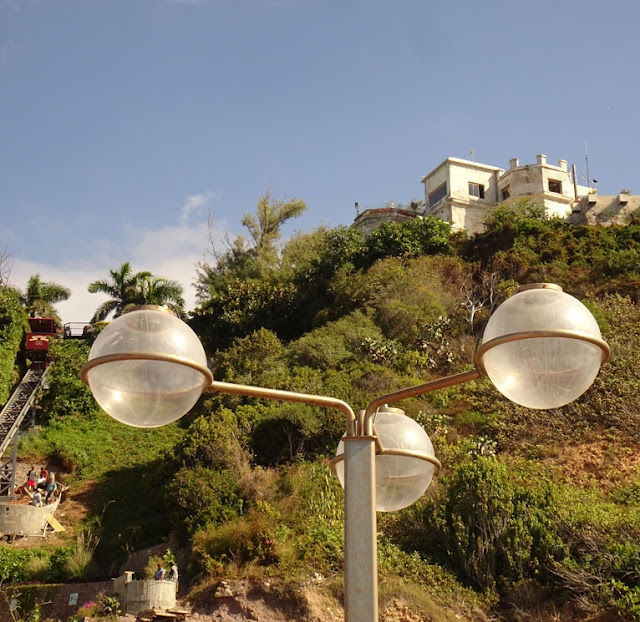 The hill the light house is on. There is a walking path up to it. You can see the dirt part. After the dirt there are over 300 stairs to climb to reach the top. No hope of me ever getting up there. Read that someday the city might build a cable car to go up there. 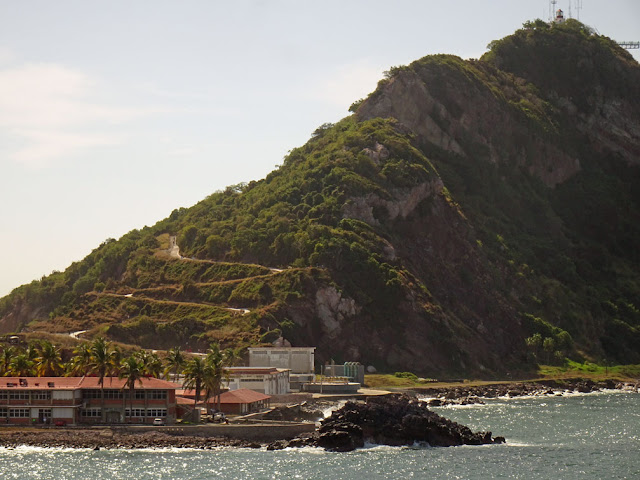 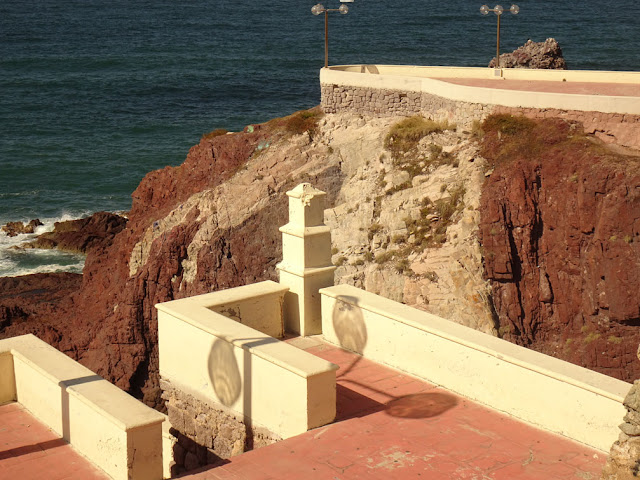 A curio vendor set up. Lots of different things. Including clothes and hats. 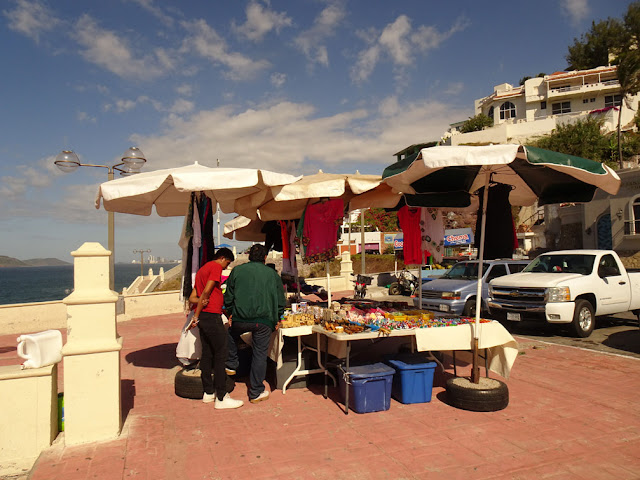 There is the lighthouse and the glass walkway over the ocean. 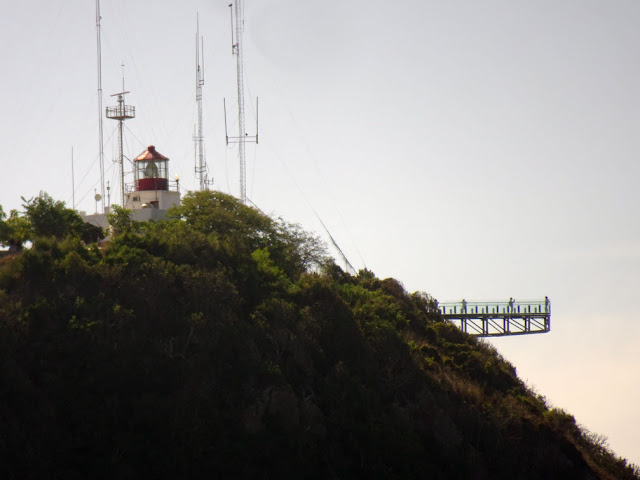 Bill getting his drone out. It was pretty windy... 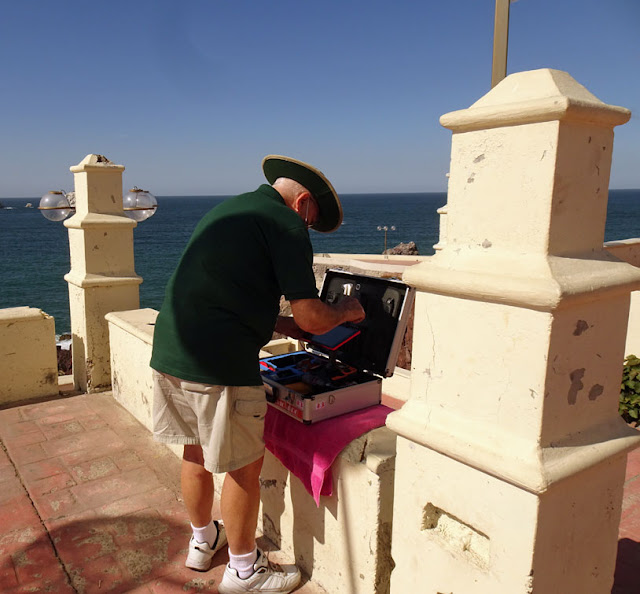 Some of the workers, cementing and or planting. 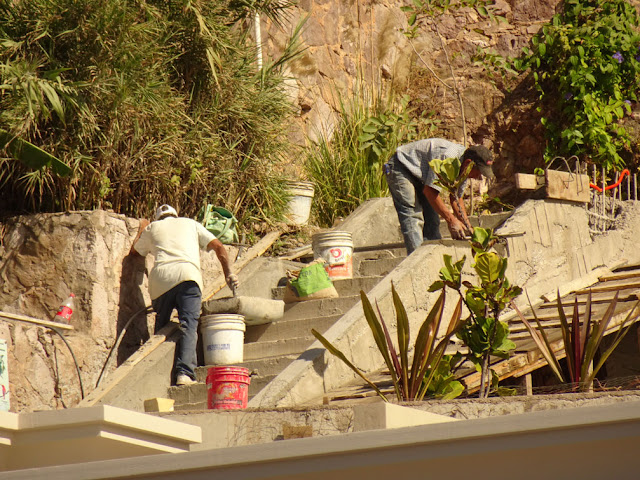 The car started to come down the incline. Maybe bringing workers up or down. 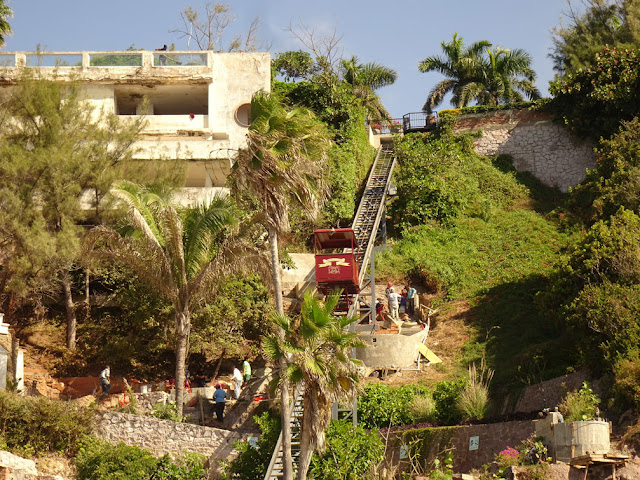 Do you see the drone. Just to the left of and down from the lamp. 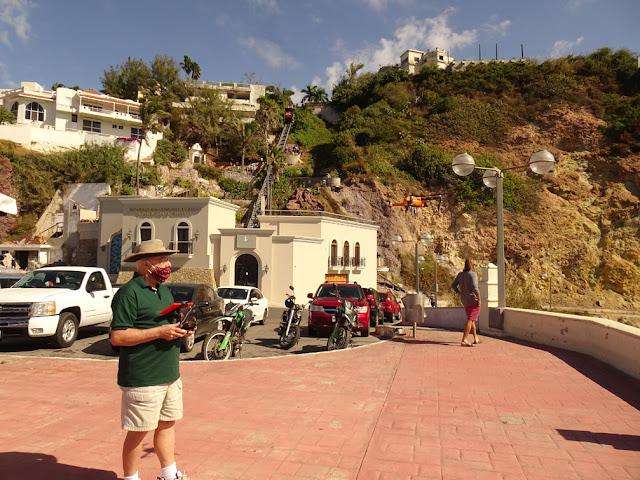 Car is down at the museum. 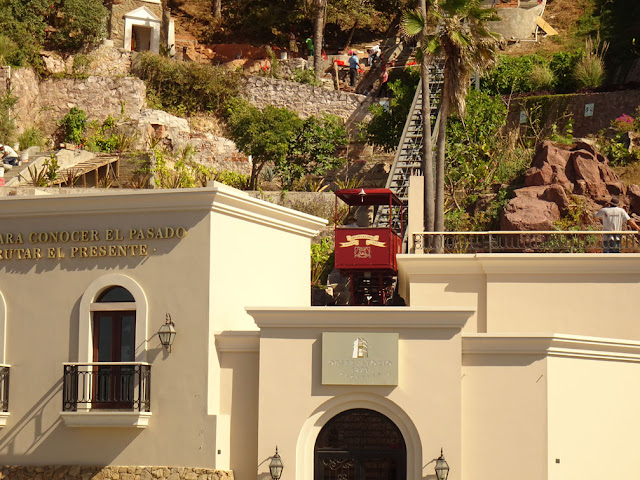 Just another look at the ocean. It was so windy Bill never got the drone very high up. And the video was very jerky. So another day we'll go back. 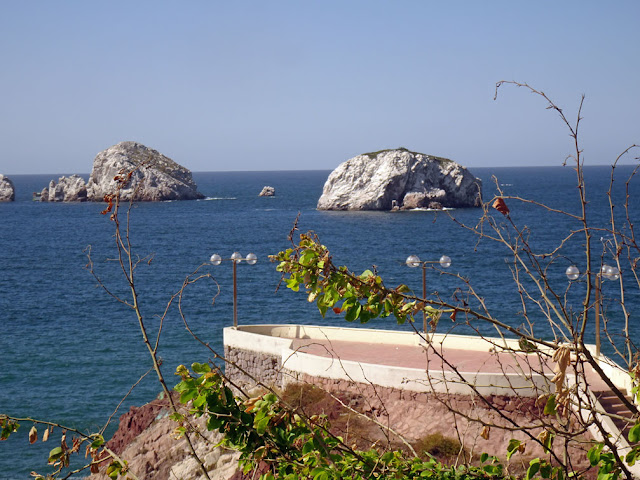 On the way home. Passed by this lovely building. When we first saw it several years ago it was in terrible shape. Now it has been restored. 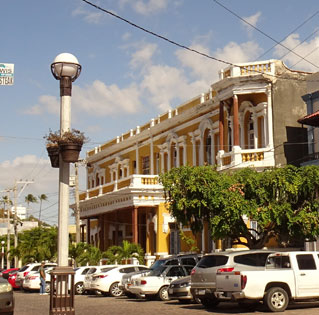 And this unusual building. A long time ago I "think" I remember reading it is a Bed and Breakfast. 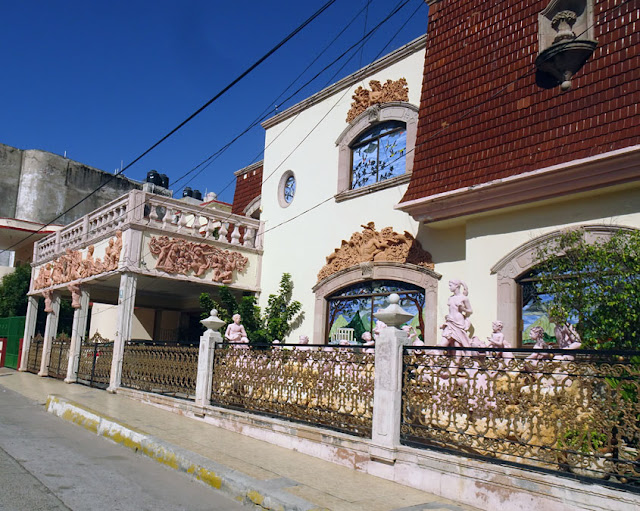 It sure is fancy. And years ago they used to light it up outside for Christmas, not so much in last few years. 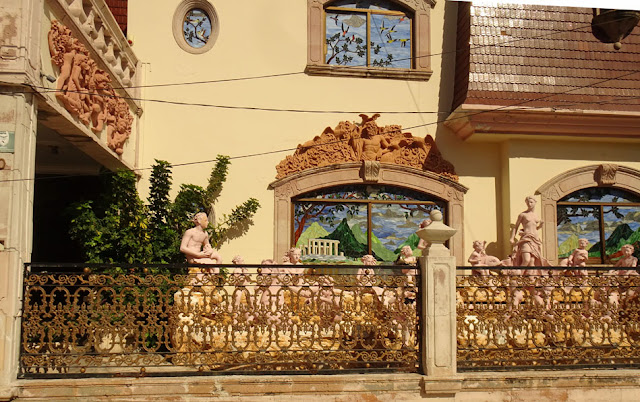 Back into the colorful Centro Historico. 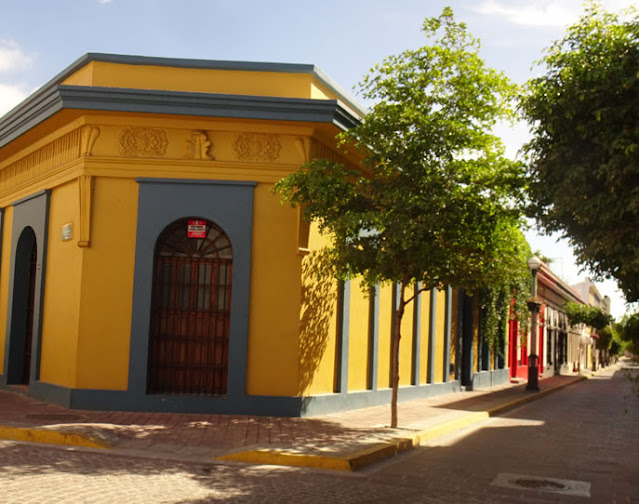 We are spending the weekend at home, except for breakfast out across the street. Hardly any one else there.
Monday morning - going to be a day of chores. First one is my watch of 30+ years decided to stop yesterday. Trip to watchmaker, hope if it is not just the battery he can fix it.

Oh so many familiar places and so good to see your photos of all of them. Thank you for your time and effort to create such interesting blogs for those of us that cannot be in Mazatlan this Winter. Thank your driver, too, as you could not do it without him.

Sandy - Hope you continue to enjoy the pictures and Bill's driving.