After leaving La Martina restaurant we didn't feel like going back to RV so continued on to little town of La Noria, just up the road a bit. 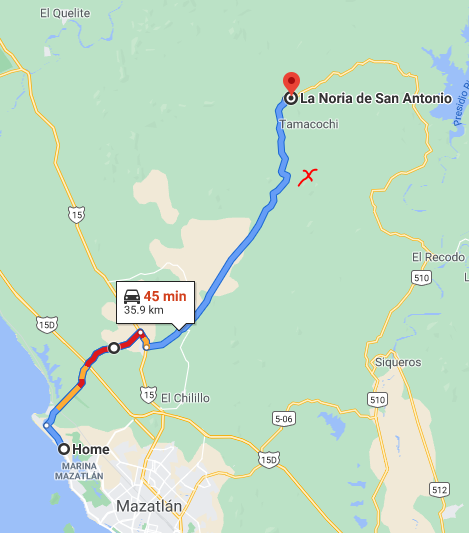 La Noria isn't a Pueblo Magico but is a Pueblo Artesanal. Mostly because of all the leather workers there. They also have cheese, pottery and beautiful wood workers there. 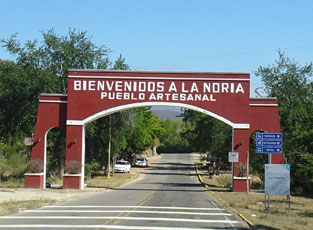 This is a new little store selling local crafts. Wasn't here when we left in the spring. Looked like it was open. 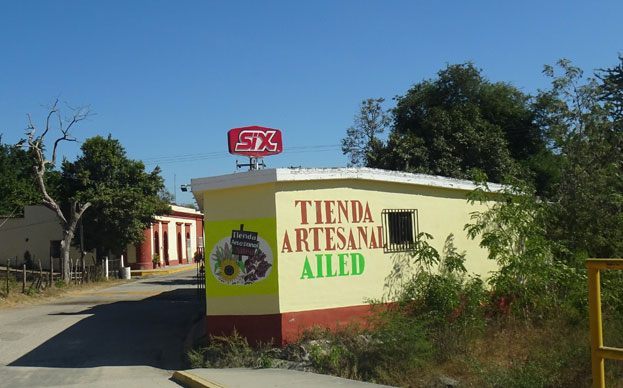 Driving towards the center of town. The pink and white building is also a little store now. Watch out for the topes, some of them are mean. 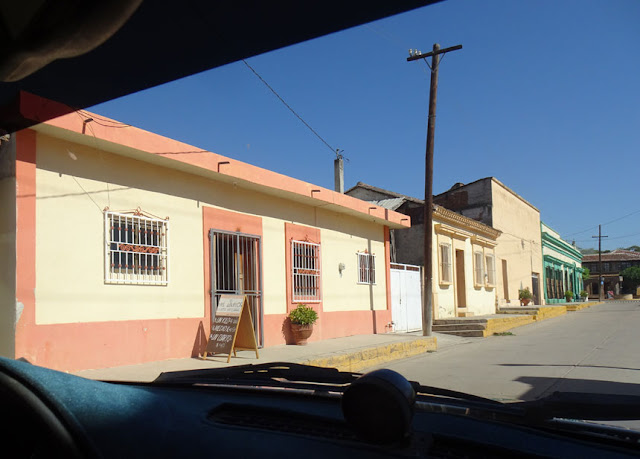 Center just ahead. The new hotel and restaurant right in the center. 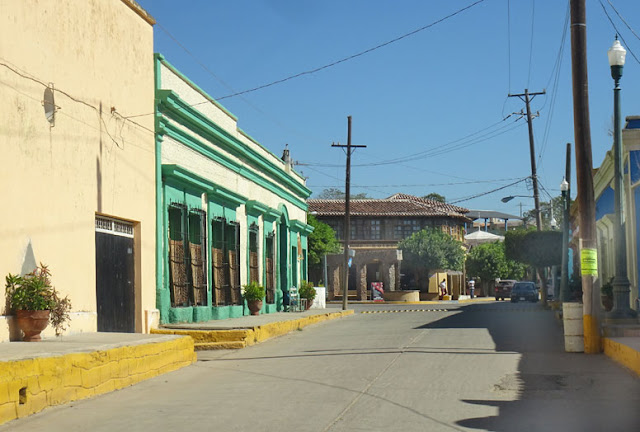 The aqueduct sculpture had the water running in it. Behind it on the lower floor is a leather shop run by our friend Robert and the new restaurant. Upstairs is the hotel. Both opened earlier this year in the Spring. Food is good and the hotel is worth a visit, if only to look around. Part of the building is from the 1800's. 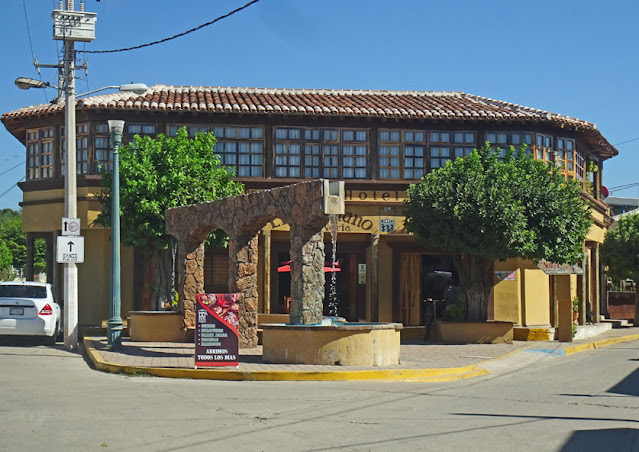 Bill going into Roberto's shop, but he wasn't there, we'd just missed him. We've talked to him by phone during the summer and he and his family are doing fine. Business for the whole town has picked up due the Tourism department of the state. Really promoting it. 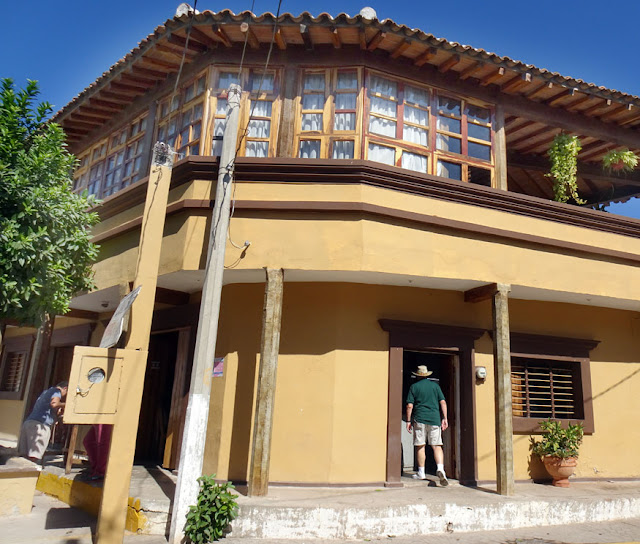 He has a young boy making leather sandals now. 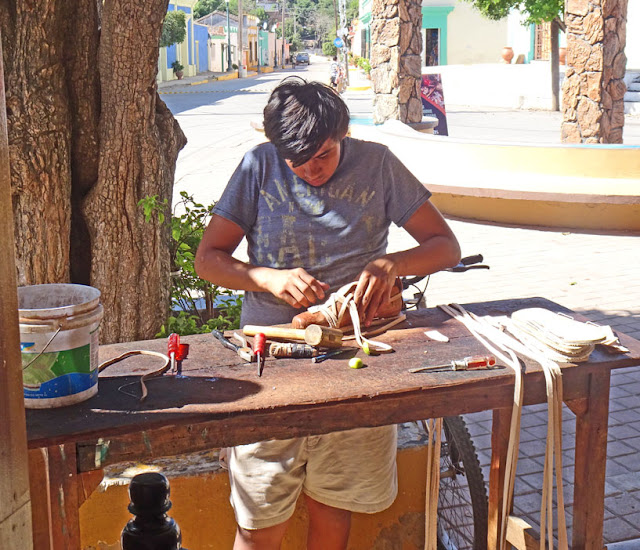 More of the hotel. The first floor is the original house from the 1800's. 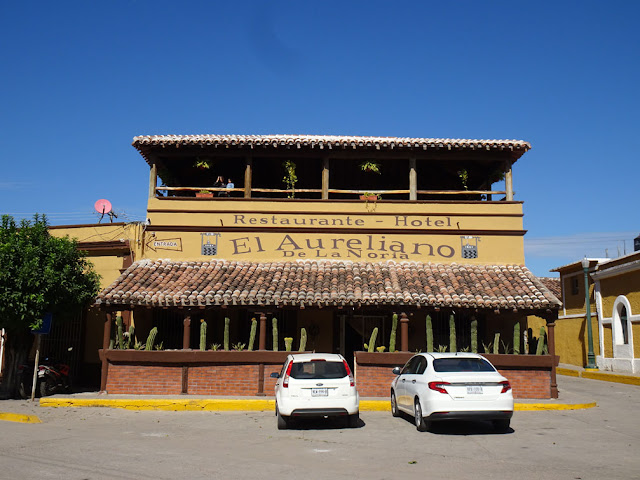 We weren't there long. I'm trying to get pictures of all the historical buildings in town. Managed to get this as we drove by. It says more or less, "The general of the Revaluation Guillermo Nilson lived here. He was called El Gringo when he ran as a candidate for governor for the state of Sinaloa." 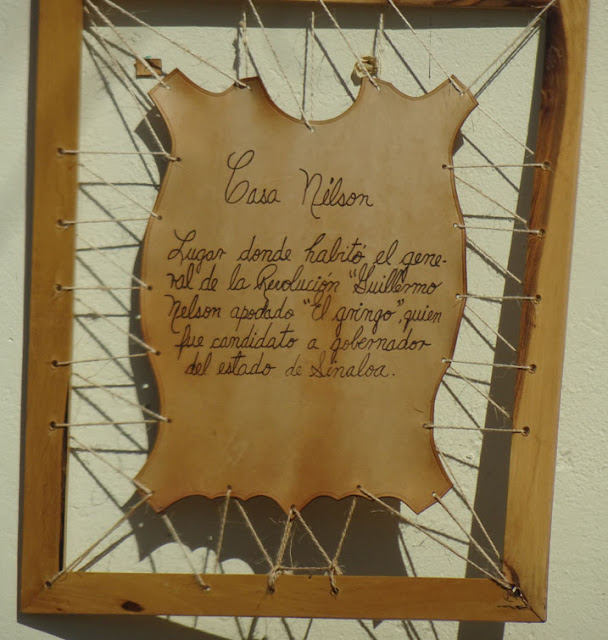 The building the sign is on. Lots of history in the little towns around Mazatlan. 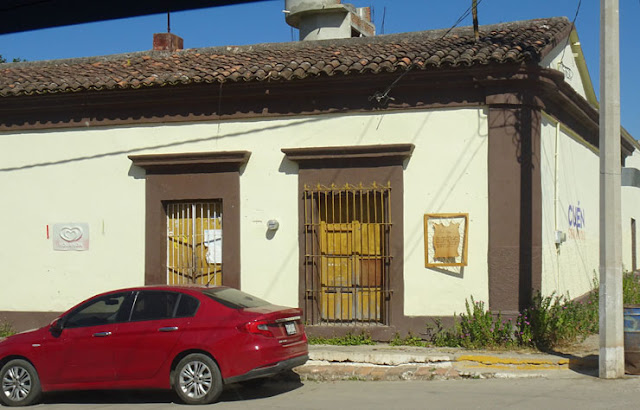 Of course, we had to stop so Bill could buy freshly made tortillas. He says they are the best tortillas he's ever eaten. 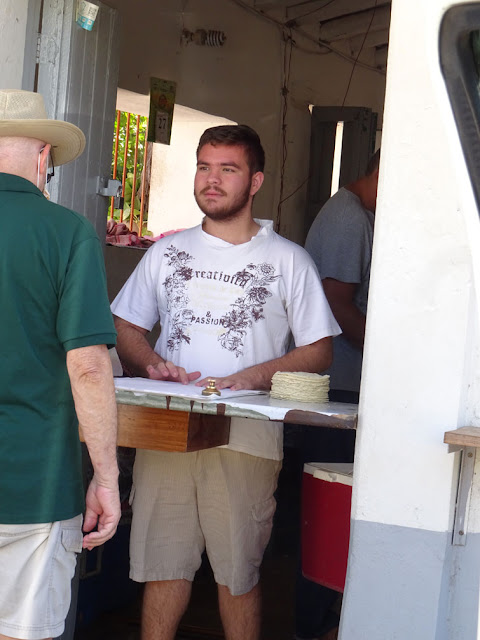 When you are driving in Mexico, expect the unexpected. Don't speed, don't get distracted. Around a curve and this is what we encountered.
[guess I'm going to have to do all videos through YouTube.] So here is the video working, I hope.
To see it full screen click here.
Here is the original video, was any one able to make it work? Might have to click on it or reload it to make it work. New program. Or maybe it is just our Internet. Worth watching.
Did not see a human with them. Guess they were just out for a stroll. 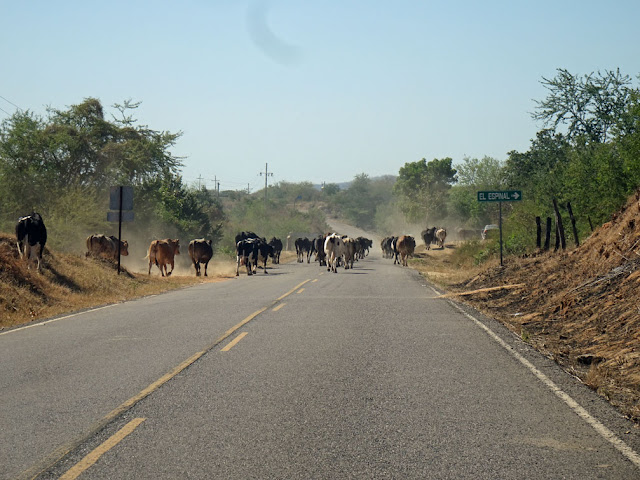 Took us a while to figure out what was hanging of the side of this car. A blow up shark toy. 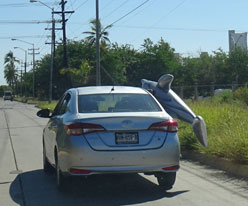 Bill was looking out the window and saw this guy come to visit. Actually there were two of them, but the other took off on a dead run and I couldn't see where he got to. This one wasn't going anywhere. 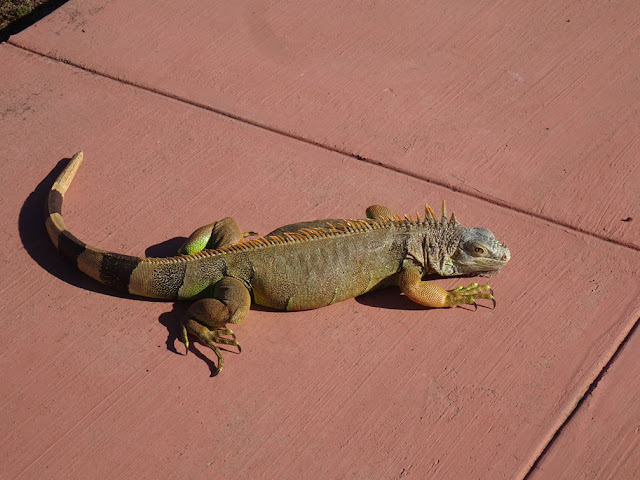 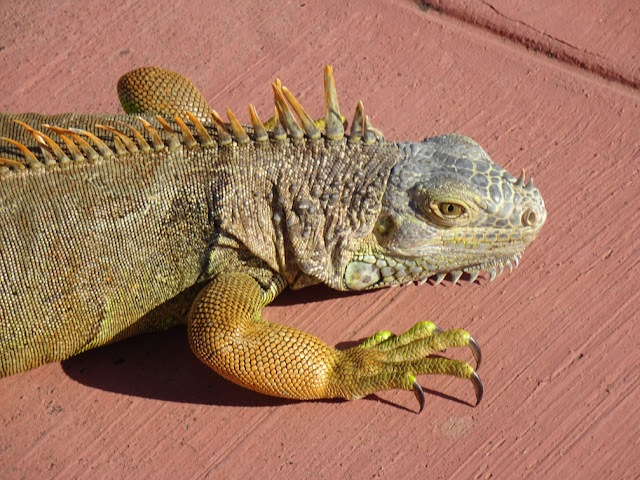 And I actually cooked dinner Friday night. Made chicken paella. Forgot to take a picture when it was done, we were both hungry. 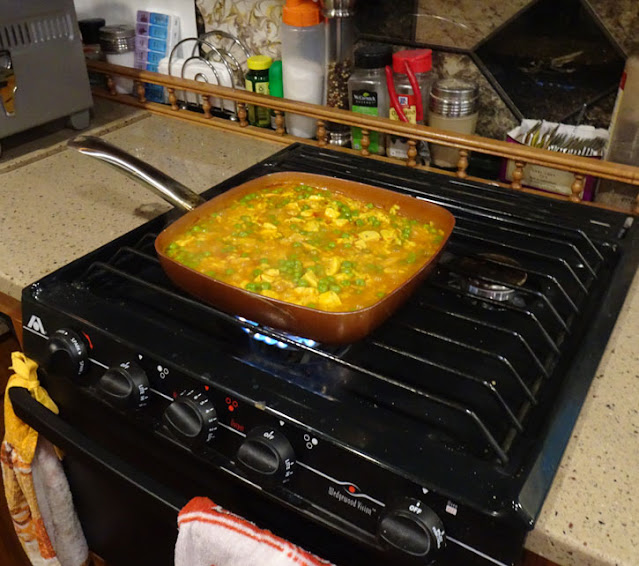 Watched a Hallmark Christmas movie then to sleep. Another day of peace and quiet. Evenings now the wind picks up quite a bit and it cools down over night.
Still trying to catch up. Will be easier now as we aren't doing very much. Next post will be Saturday, Sunday and Monday.
Posted by Carol and Bill at 10:37 AM

Tried to get the video to work - no luck. Still love your posts

Thanks, I've done the same video using YouTube and put it in the blog. Hope that works.

Was able to view the second video and it was worth the watch. Your dinner looks very good in the skillet and bet it was yummy.