Well we have paid our RV rent until February 20th, so guess we'll be here for another month.

My first attempt at gluten free bread baking was a disaster. Even the chakalakas are turning their beaks up at it. Note to self - need a loaf pan - even though it says you can do not substitute butter for coconut oil. Beat egg whites longer - need a mixer for that. It is only about 1 1/2 inches thick. And no taste. End of story. 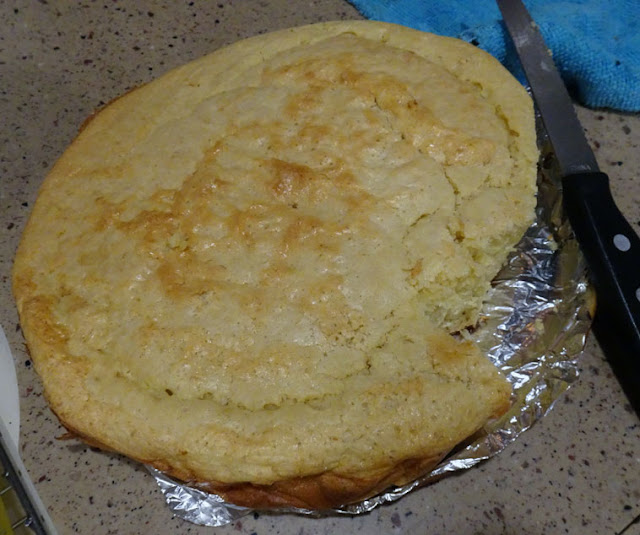 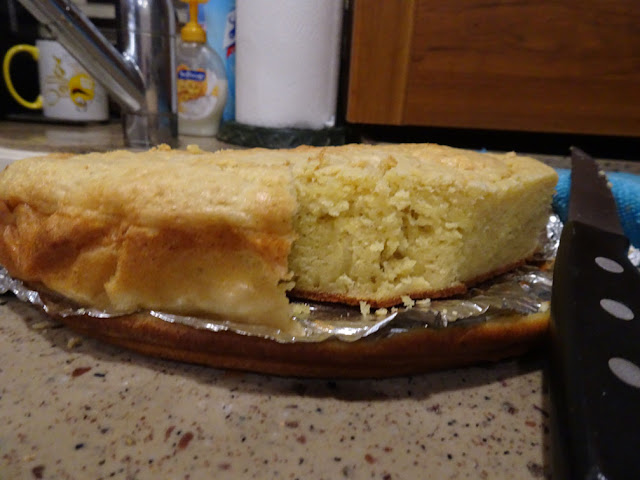 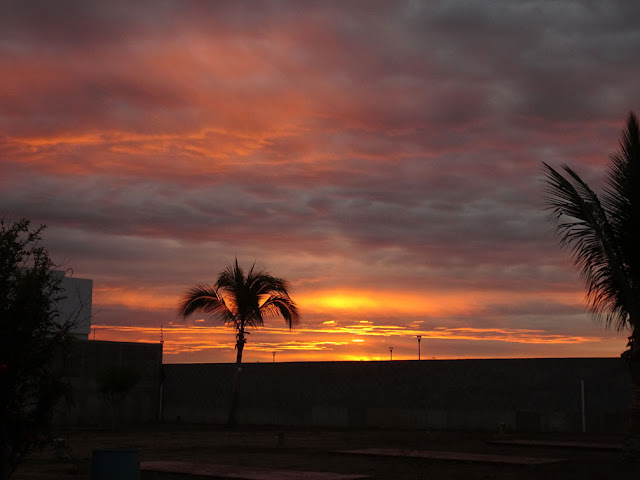 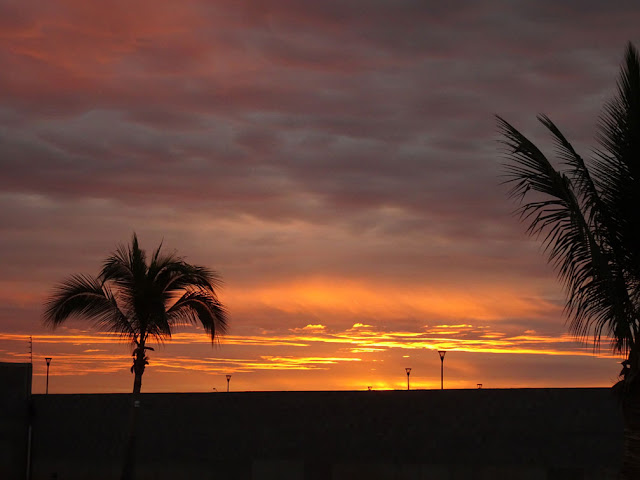 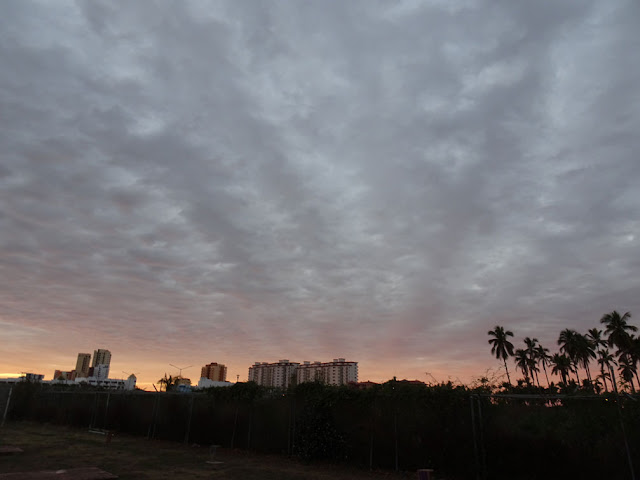 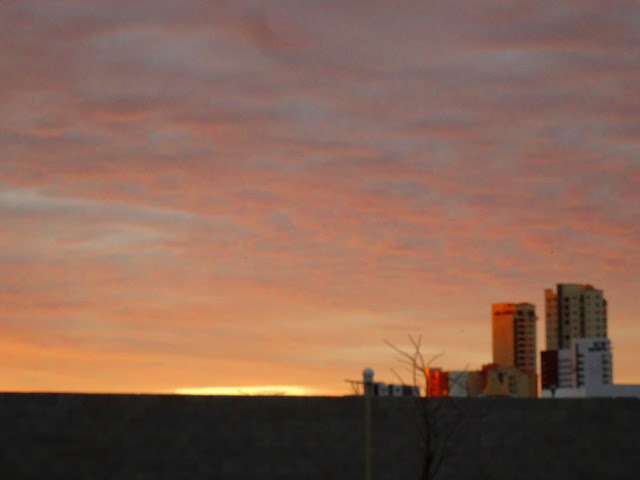 But now as I write this -9:00 - there is no sun, just thick dark clouds. Supposed to nice and sunny later. Hope so. Yesterday and evening it rained several times for a few minutes each time.
One of our bougainvillea plants. Such pretty colors. 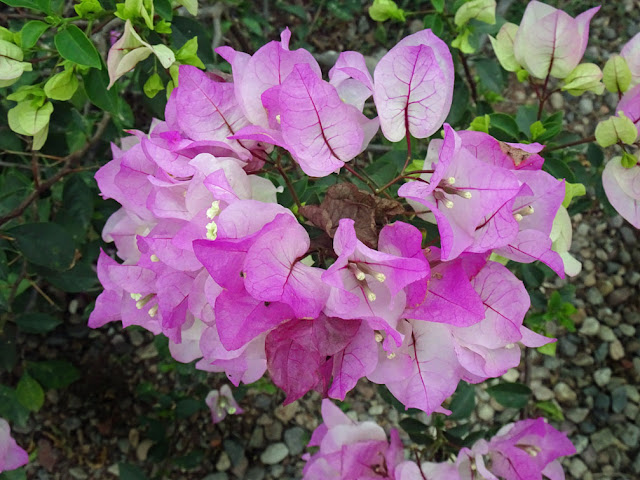 And one of the hibiscus is finally blooming again. Sprinkled soap and pepper on it so no one/thing is eating it anymore. 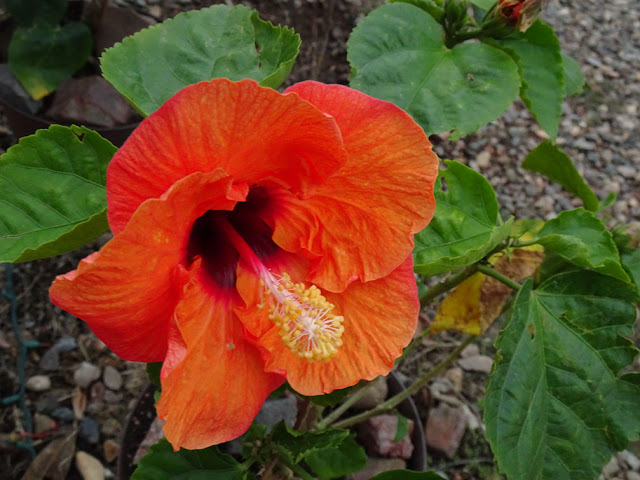 Out of the house for a while, took a ride then had lunch. Nice day. Bill still feeling good, even though he had an English Muffin last night before he went to bed. ???

I'll wouldn't be surprised if it's just a tummy bug...fingers crossed.

Here is a little recipe that is gluten free and good for diabetics, too. Place a Pat of Butter in a small ramekin dish or cup and melt. Mix together one egg, 3 Tablespoons of Almond flour, 1 teaspoon Baking Powder. Stir well and cook in microwave oven for 90 seconds. Remove from dish and cool, slice like a hamburger bun and toast and spread with topping of choice.
Hope your sunshine has come back and enjoy the next month in Mazatlan.

Kathy hope you are right. I don't think I'd like gluten free cooking.
Sandy - might try that when we get home. Yep the sun is back.