A Night on the Town

After our trip to the  doctor yesterday, I decided to play up my "injury." No way could I stand up and cook dinner - we'd need to go out to eat. Ha! It worked. We went across the street to the Torres hotel for dinner. Ate inside in the dining room. Looking across the room at a kind of pretty sunset. 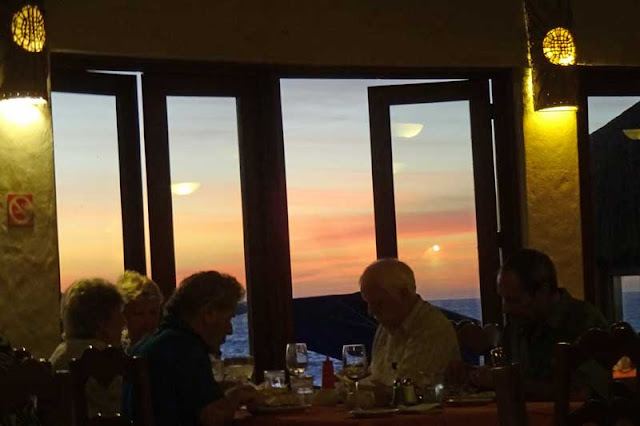 And last night Raphael happened to be performing in the restaurant. Actually we knew he would be there. Mike and Dawn our neighbors went with us and we all had a great time. 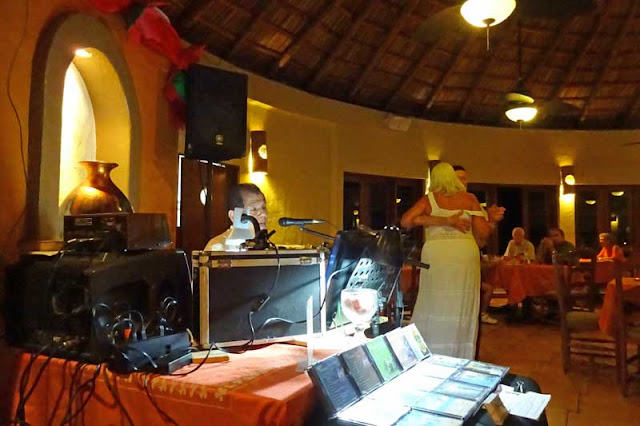 The entertainment was great as always. Fun to watch the people dancing and enjoying themselves. Also the food was great. 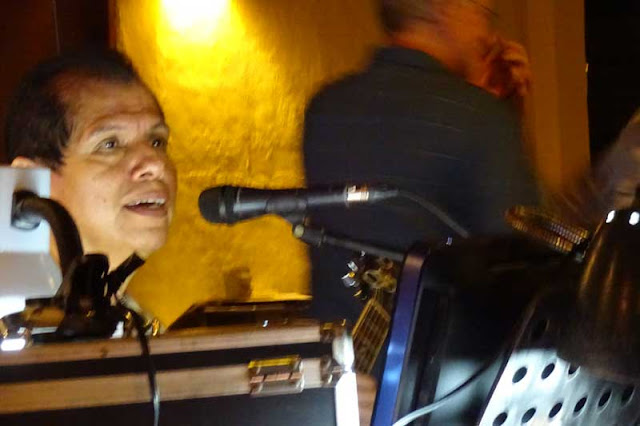 And Bill had a good time dancing with another one of the diners. She was an excellent dancer so they danced a tango. 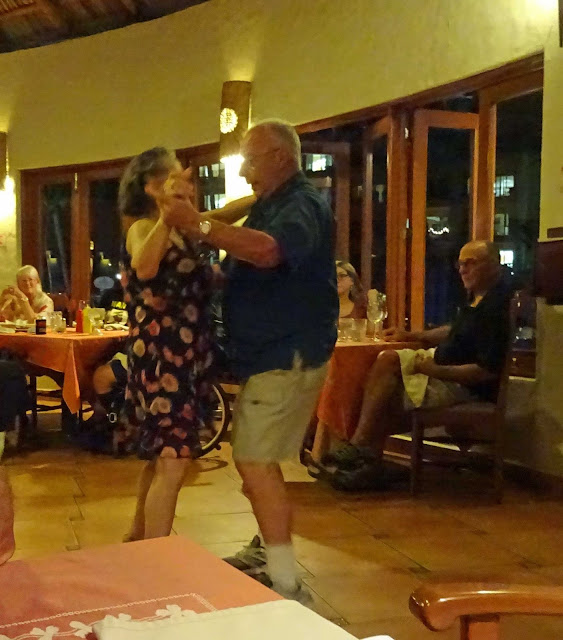 And a Paso Robles 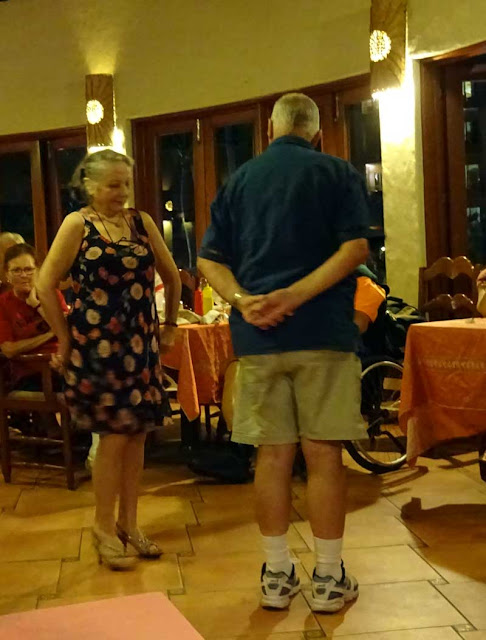 Got home around 8:30 full and happy. Went to bed about 11:00 and was up at 12:30 - guess some of the nerves in the knee are no longer numb. Ouch. Stayed up for a while, put some lidocaine on it and took an Advil. Went back to sleep and slept in this morning.
Had to go out to the pharmacy to get my prescription and from there went to Centro to go to the bakery. Bill got some focaccia and some cinnamon rolls. Really smelled good in there. 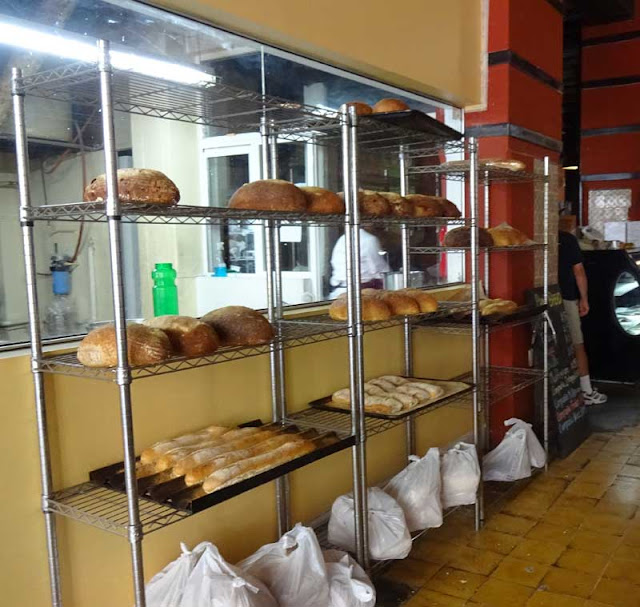 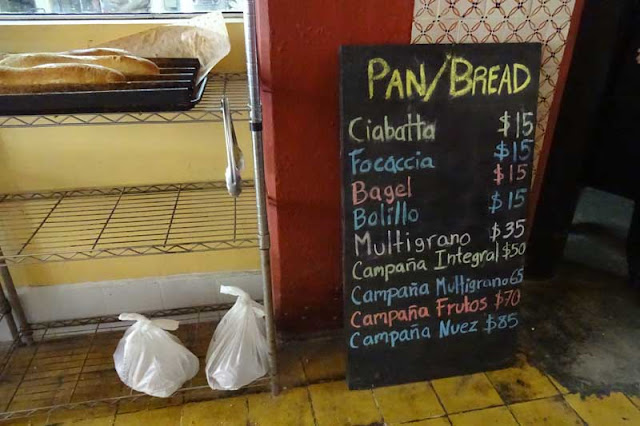 Nice big cinnamon rolls - they are so good. 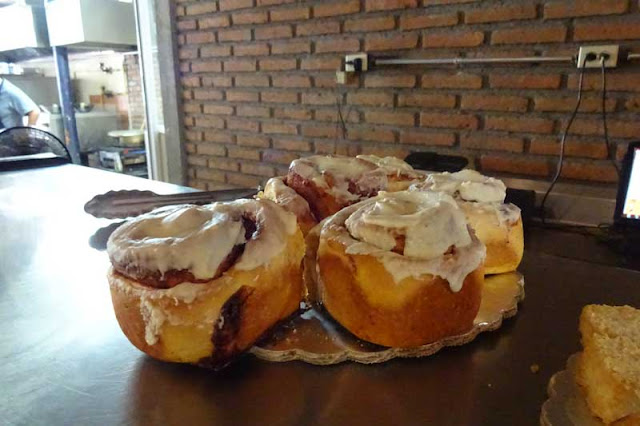 The beautiful building the bakery is in. It is the Reynaud Building, built in the early 1900s after the original building built in 1847 burnt down. The outside of the building has stone from France and the tiles are from Spain. It was used for several stores that sold European goods and at one time a railway station. 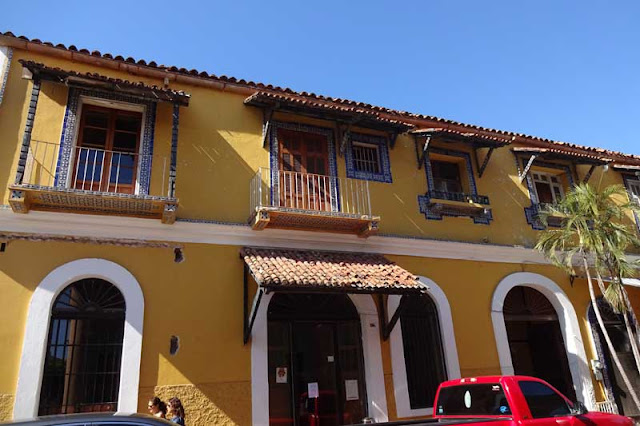 We dropped our breads off in the car and continued on towards the Central Market. They are trimming the big trees in the main plaza. 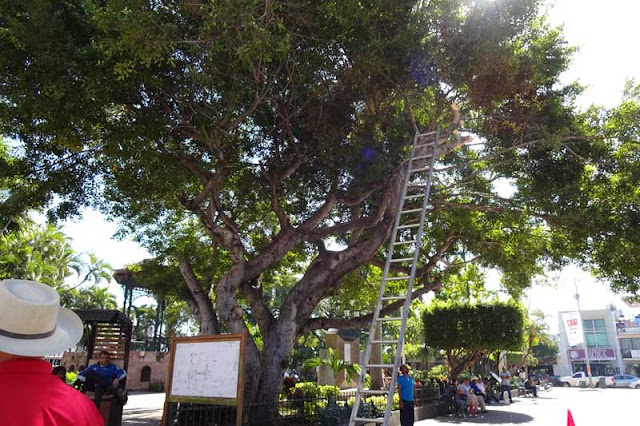 And there is scaffolding in front of the church. Don't know what they plan on doing. 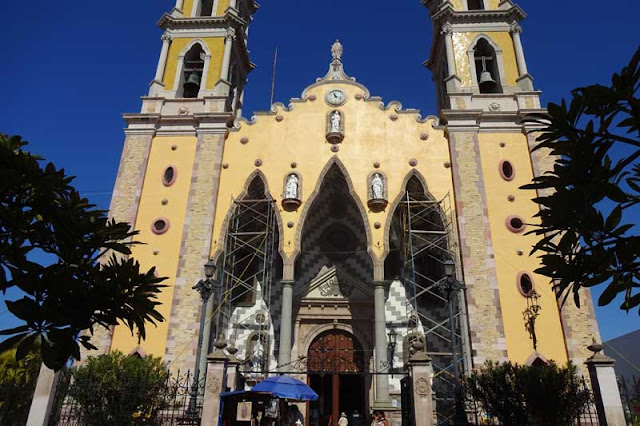 Dropped off my pair of white sandals to have them died black to replace the ones I threw out. 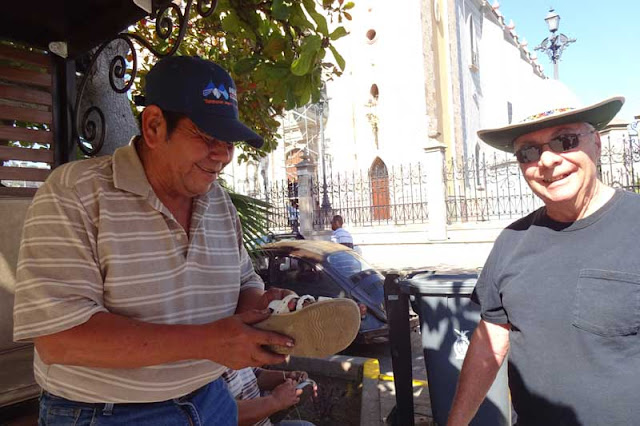 Then on to the market. Busy again as there was another boat in today. 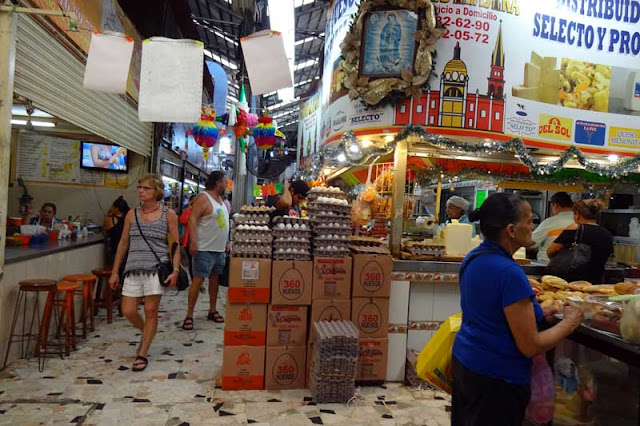 Discovered this mural in the market, had never seen it before. Kind of around a corner out of sight. 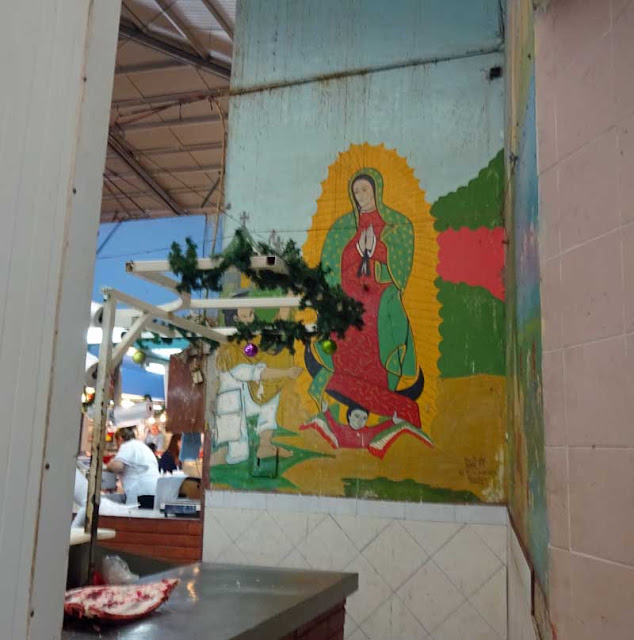 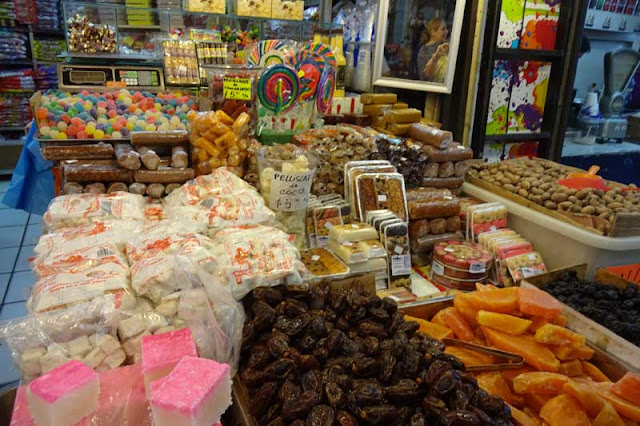 Picked up my shoes on the way back to the car. He is bring up the shine. 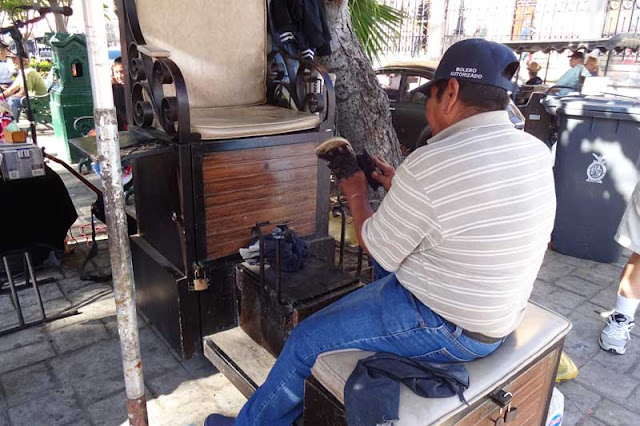 Giving them a good buffing. 70 Pesos and now I have a pair of black shoes. 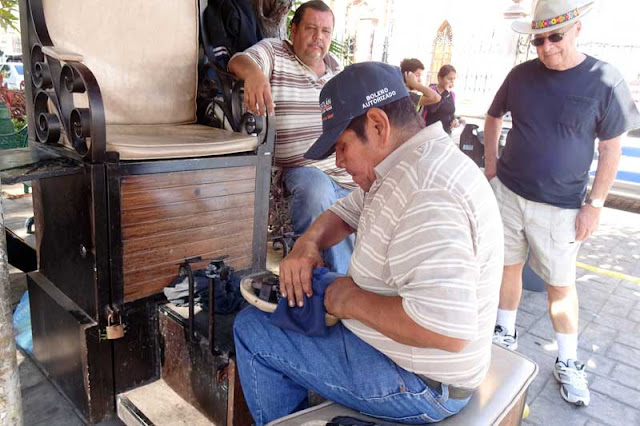 From there on home and a long nap. Tomorrow is another day.
Posted by Carol and Bill at 6:45 PM

Wow, that Bill!!!. Seems like he can do a little bit of everything. Thats quite a skill to do the tango.
Hoe your leg recovers soon.

Please, on what street is that bakery and the name of it - what are the landmarks around it? Want to file that info away for when we are in Mazatlan - probably in March. Mr Bill is a talented guy as you are a talented lady - you compliment each other - perhaps that is why you have been married 52 years!

We're going to have to find some gluten free bread when we are there.

Culinary Market. It is a very old yellow building with blue and yellow tile around all the windows and doors. It is between Angel Flores and Mariano Escobedo cross street Herberto Frias

I think I've seen it some places. But don't remember where

leg feels a little better today, but will test it tonight during the art walk.

So sorry about your fall and the pain.

I would have loved to see Bill dance those dances.