Haven't been doing anything really interesting lately that I haven't already posted about so thought I use some photos I've taken but not posted.  Sometimes I wonder if there should be more talk and less photos. But we really aren't that interesting to talk about us.

So catching up some pictures from Sunday, Virgin of Guadalupe Day downtown. The street that runs up beside the Cathedral was full of vendors - selling all kinds of things. Lots of food especially. The corn smelled really good. (All Taken as we drove by.) 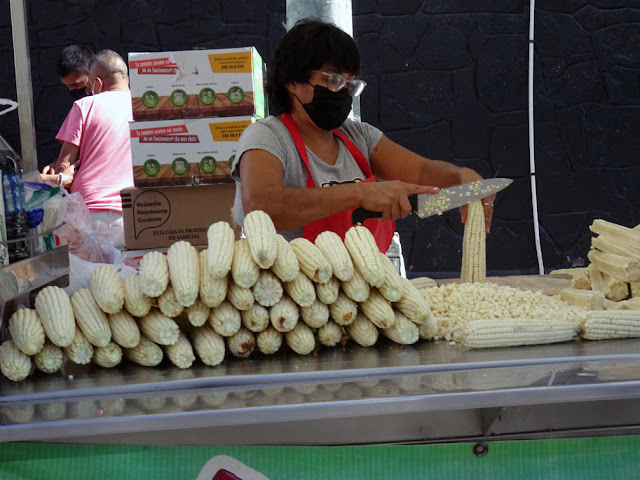 Gorditas I love them. These are nice and fat and when they have a pocket sliced in them you can get all kinds of yummy things to stuff them with. 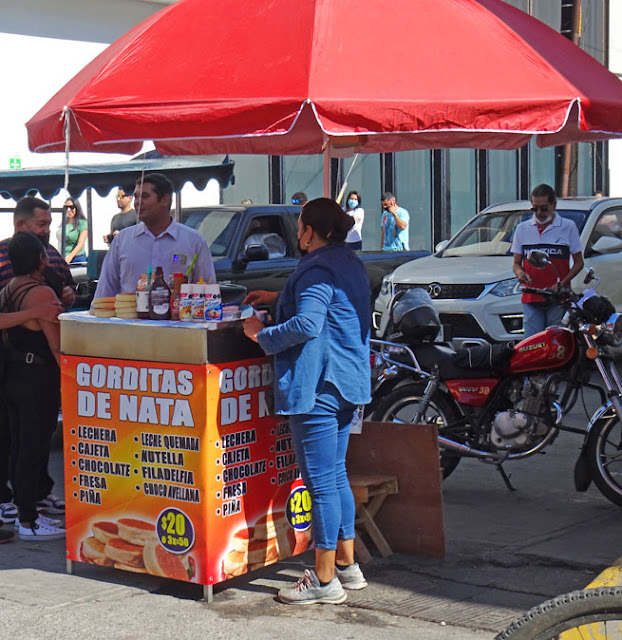 As I said all kinds of things for sale from clothes to trinkets. 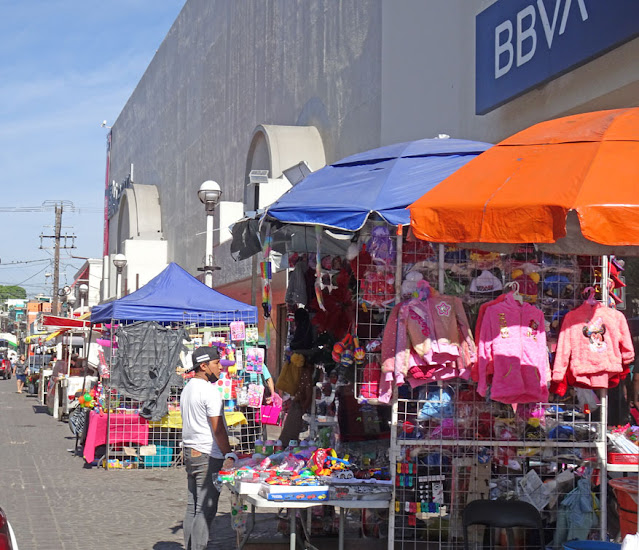 One of several flower vendors. 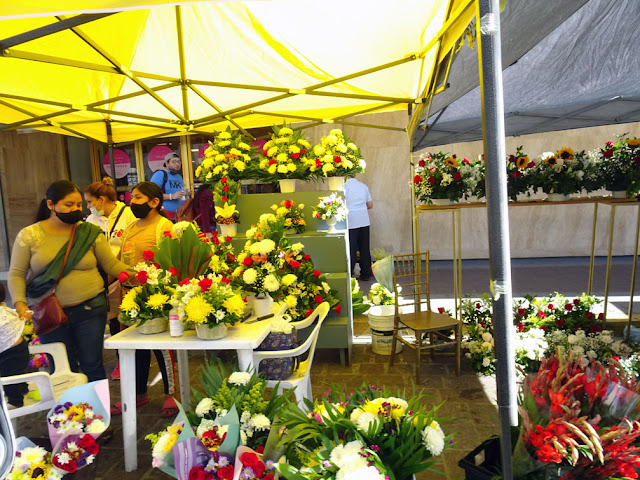 Oh, oh, wonder what he did to attract their attention. 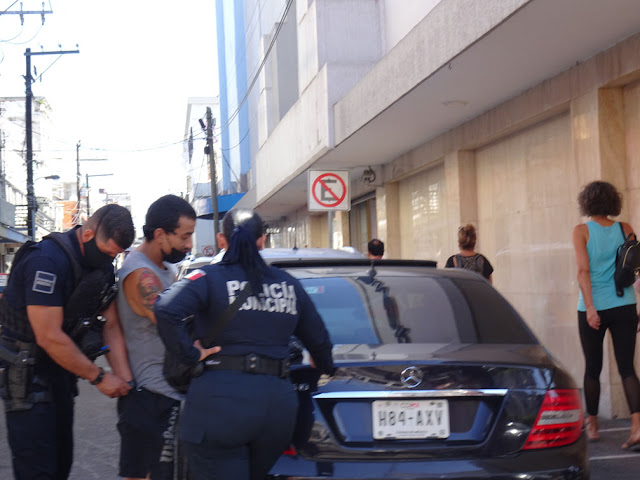 Out of down town taking one of the street that lead right to the ocean from downtown Centro. The one building/business is all tile on the front of the downstairs. 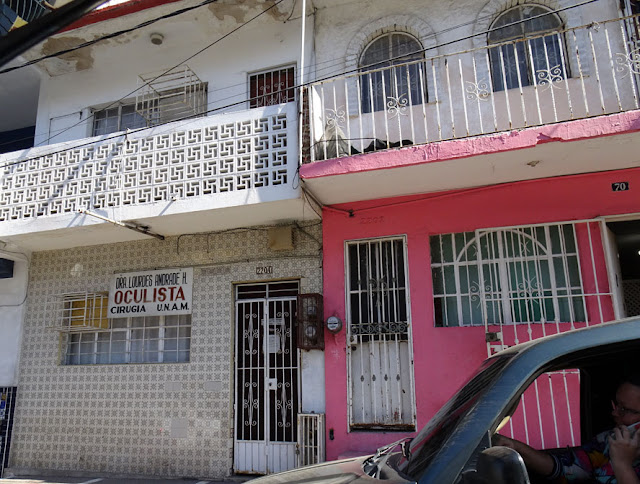 There must be four different residences here, four electrical boxes. And the upper floor is two different colors. 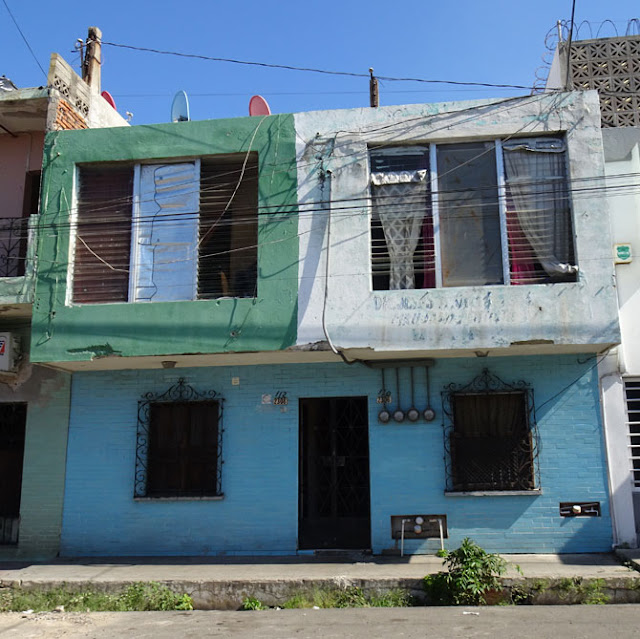 It was later in the afternoon on Sunday and a lot of vans and busses were loading up to take people home. Loading all the luggage on the roof. Every weekend there are hundreds, it seems, of big tour busses in town and four out of ten cars are from out of town. Durango, Jalisco, Sonora and Chihuahua. All colder places than here. 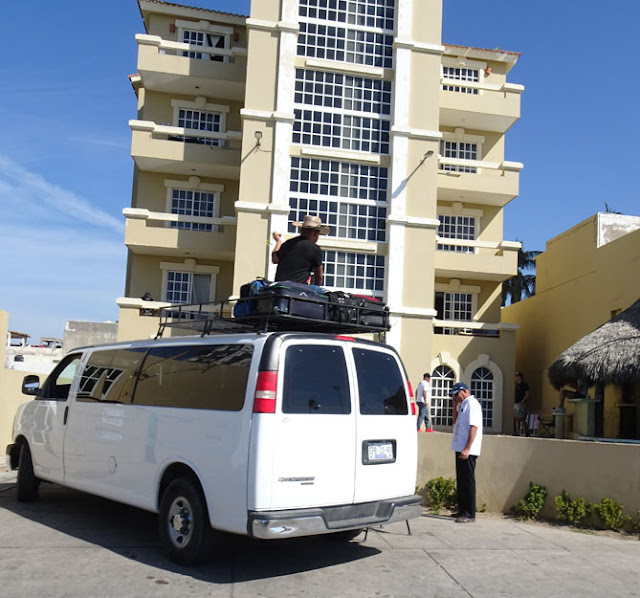 Another day, another ride. This is the entrance, I guess, into a new restaurant/bar in the Valentino's building. I can't wait to go in side and check it out. I have the impression it is more bar than restaurant and that the restaurant part caters to seafood. But we'll snoop any way. 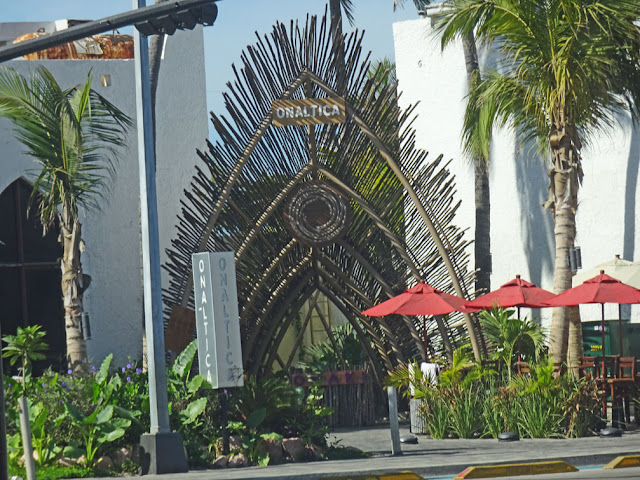 A really nice sunset the other night. I almost missed it, just got the tail end of it. 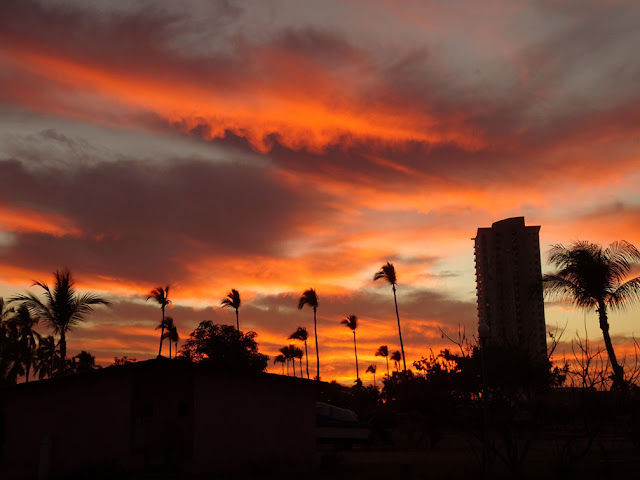 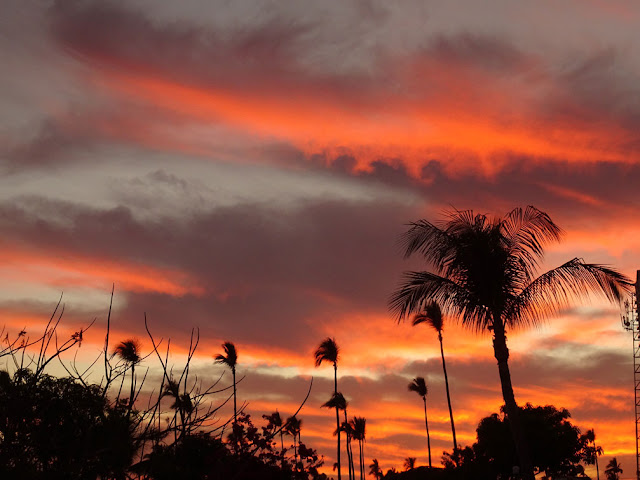 Looking east towards the RV. 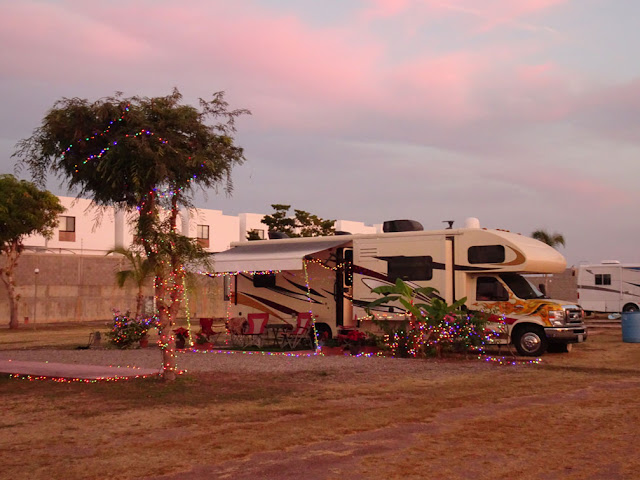 Yesterday we finally managed to get Bill to the dentist - gave up on catching the WalMart doctor in - guess he is there when he feels like it. So to get antibiotics we found a walk in dentist open at 9:00 - Well not really. We ended up sitting out in front of the office for a while. I finally called. She wouldn't be in until 9:30 but had an appointment then, so come back at 10:30 and she would see him. So we were already half way across town, had time to waste so why not go to La Antigua for breakfast... Leaving the restaurant takes us right by the house that is being restored, still working on the front of it. I'm getting used to the color I guess. 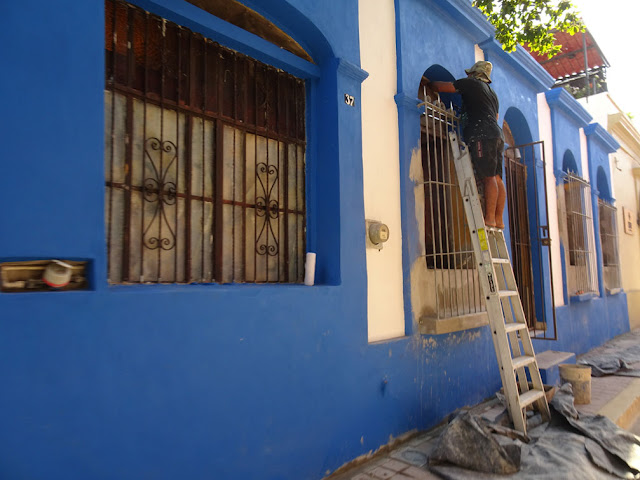 Dentist doors were locked but someone was in there, so waiting out front for a bit. Wires running every where on pole across the street. 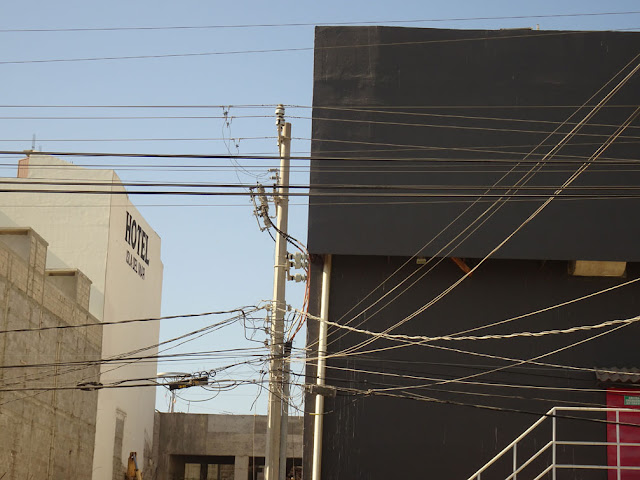 Dentist is very nice, Bill got his prescription for antibiotics. We will hear from her today or tomorrow about further treatment.
Then we went on to the fabric store on the way home. I didn't find anything I wanted but Bill got some fleece to cover the Jeep at night to keep the dirt, dew and bird droppings of it. (I have a hard time being inside of a smaller store that is full of aisles when wearing the mask. I had to leave and stand outside waiting for him.) 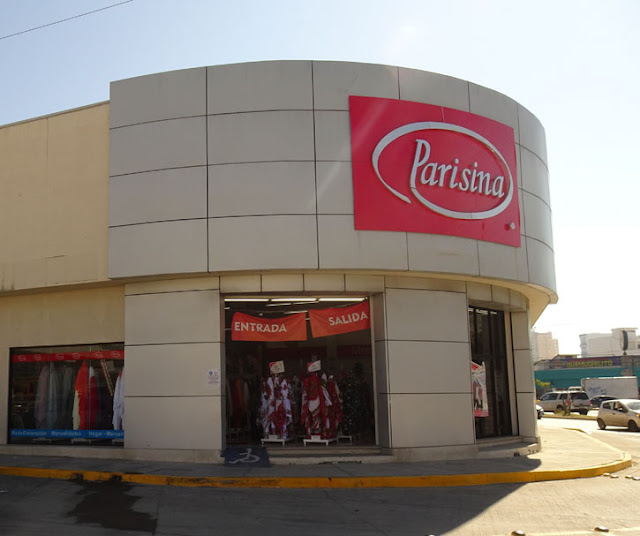 Today we will go to Centro in the afternoon, hope it is not too hot or humid, to see the optometrist, Bill needs new lenses and I need new frames.
Posted by Carol and Bill at 3:28 PM

Wonderful post Carol! Your spot looks great. Is it different from when we were there? It looks further to the back.

I think you have a perfect mix of photos and stories!
Thanks!

I think all the photos and your comments are perfect..who wouldn't want to see the colours of Mexico.

Doug and Nancy - same spot we've always been in. .
gumo - thanks, sometimes I think I take too many photos - but love to share them.
Kathy -I wonder if they will ever let the people in the houses next door paint them different colors - Probably not.