Back home in Mazatlan

We are now back in Mazatlan in the same space we were in before. We left El Chaco RV near Aticama at 10:15 and arrived in Mazatlan at 2:30 – all of 184 miles. Yes I know a long time for such a short trip. The problem was the first 25 miles up the hill to the toll road. A lovely road. We drove it for the first time in 1978 on our trip to Argentina. Has only improved a little bit. Many, many twists and turns and ups and downs. It took over an hour. 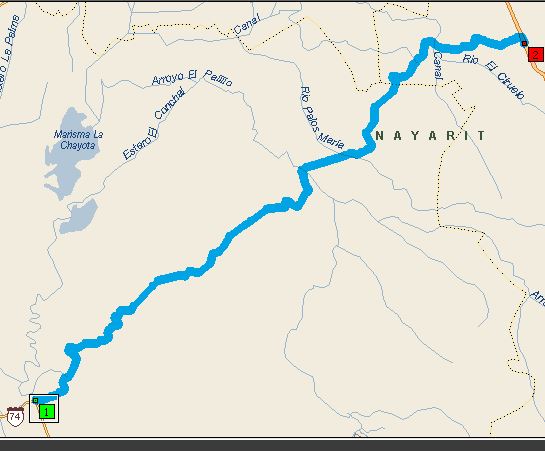 Going through one of the many little towns. How can there be so much traffic for 25 houses? 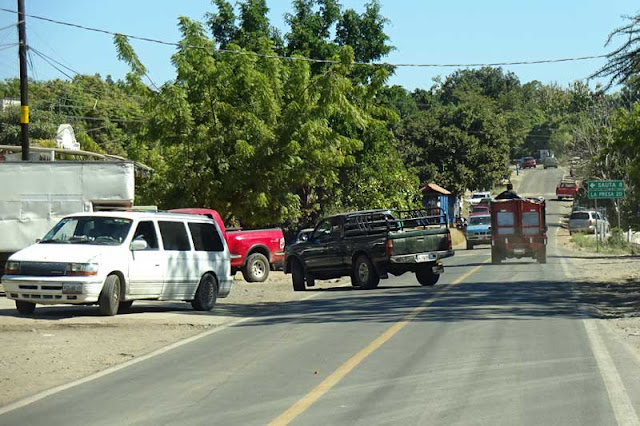 Another little town. The women are at every tope, and there were about 5 in this town, selling cut up fresh fruit. 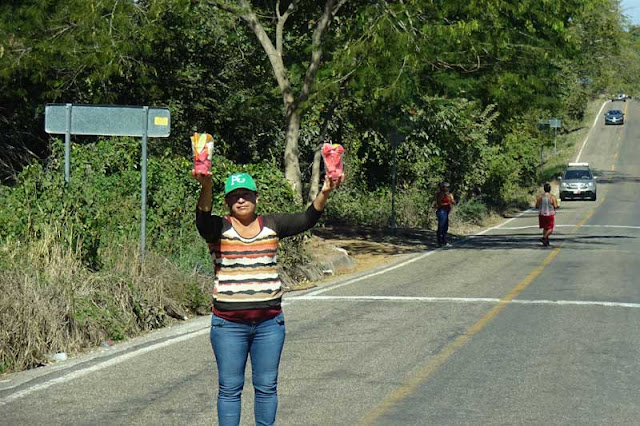 Bill tries to drive down the middle of the road because of all the vegetation along and over it. But sometimes you have to be as far right as you can be – like going around a curve and meeting an oncoming bus! So we heard a few branches drag along the roof. Will have it checked out in a day or two when we get RV washed. 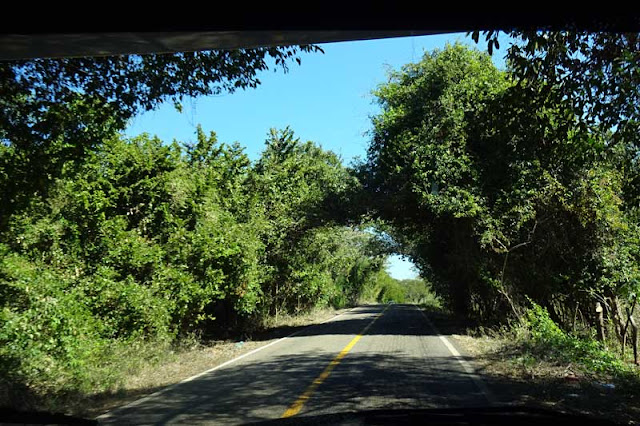 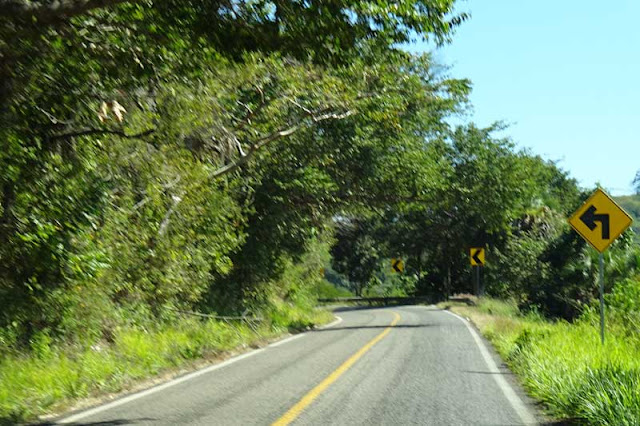 About an hour later we reached the very expensive toll road that goes all the way to Mazatlan  - 60 US dollars. Cost more to go back than to come down. Each toll booth had increased its prices since two weeks ago. This part of the road reminds me of driving through Arizona or So California. 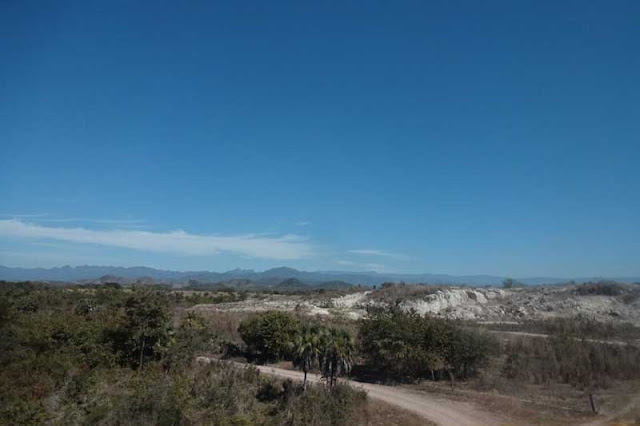 I mentioned in one blog about the dotted line on the right and left sides of the roads.  It is not really a shoulder it is more of a get out of the way lane. Here we are passing a truck so he moved way over. I know it is a solid line here but no one pays attention to that. 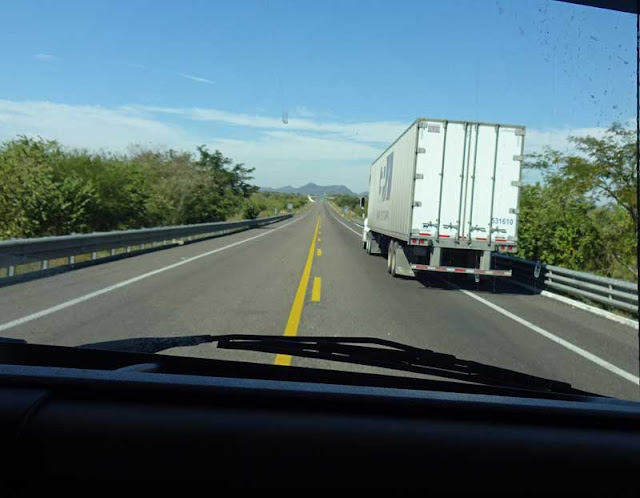 Here we are driving to the right while a bus passes up. - at least this is a passing zone. 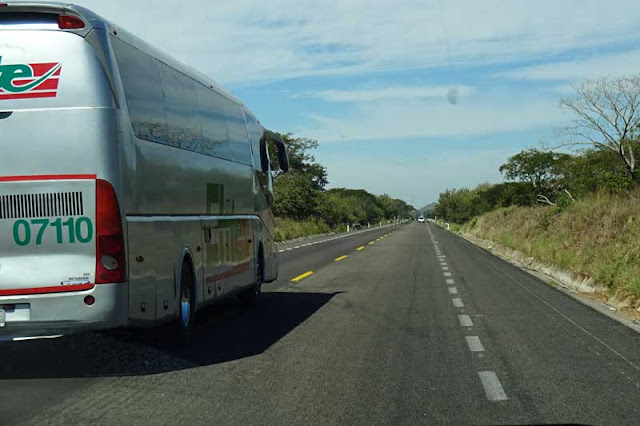 Some one mentioned that this rock looks like a hairy backside. Does kind of.  Whatever it takes to amuse a person on a trip. 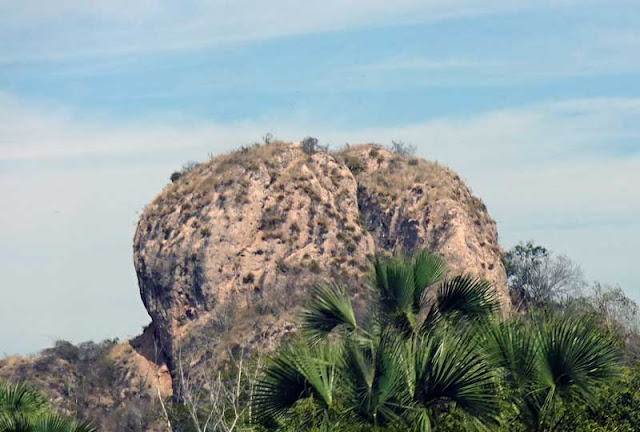 We got back to Mazatlan and settled in to the RV park. Bill arranged to get the RV washed today or tomorrow to get all the salt off of it. Then we headed across the street to the Torres restaurant to eat. We were both starving! Met a couple of the waiters who gave us big hugs and welcomed us HOME. Feels like home. Then on to the grocery store for a couple of things we knew we needed. Also some money. Exchange rate has gone down for us. Only getting 20.17 pesos per 1 dollar now - got as high as 21.75 a couple of weeks ago.
A Valentine cake in the bakery. 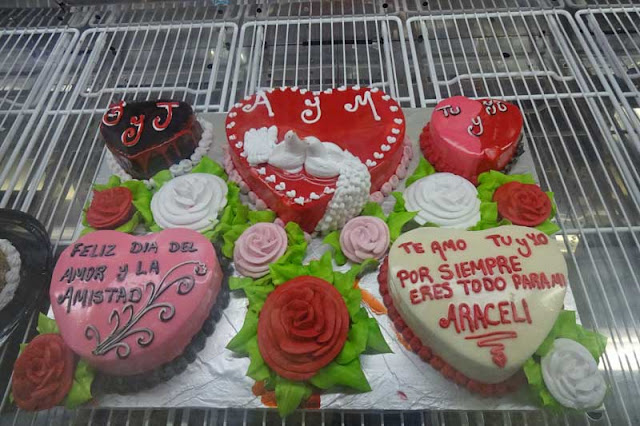 Then home to relax. Bill watched the Mexican news and there wasn't much going on about the gasoline price raise. And this week all of Mexico's problems aren't Trumps fault like they were two weeks ago.
The gas station up the street from us is now open again. We got gas in the car and the price is the same as it was when we left here - there was supposed to be another price raise the 3rd. Guess there wasn't.
Today is an errand kind of day. Need to change bedding, take in laundry, make grocery list and go to store (Sams Club). Get the Jeep washed and buy some felt at the yardage store. Just like being at home.
Have to laugh I managed to write and post the pictures today in the time it took me to post one picture in San Blas! Hooray. Love TelCel.
Posted by Carol and Bill at 6:24 AM

The pictures of food always make me hungry. It is so hard to find a good bakery on the road. I am really tempted to try Mexico, but traveling alone and not speaking Spanish is a real handicap for that.

A lot of women do it. In the RV parks there is always someone who speaks English. Most of the stores someone speaks English. Keeping to the main road and tourist cities the first time would be a help.