A busy Thursday in Mazatlan

But I'm going to start out with Wednesday's sunset. Very pretty coming from an overcast day. 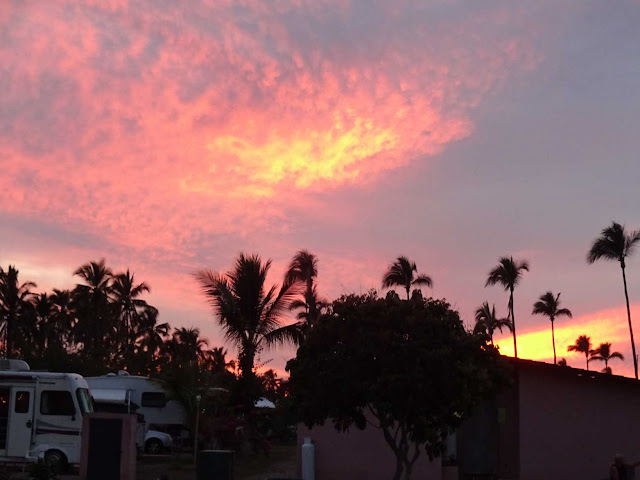 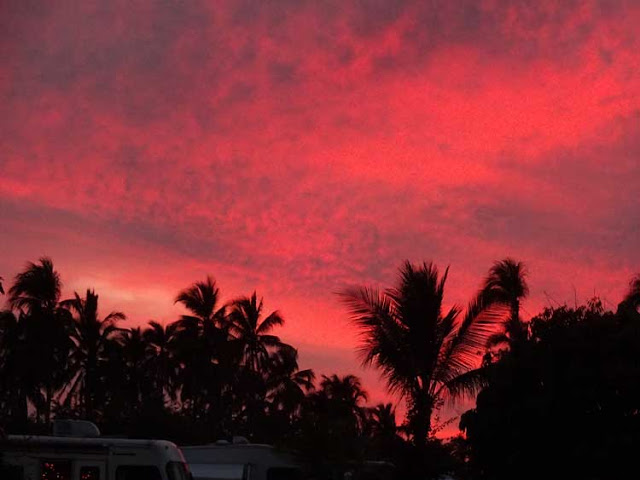 Thursday morning I managed to get in another walk. Only 3500 steps and 1/2 hour. The mechanic was here again so instead of sitting around I went walking. This time doing some work on the RV. He installed a second house battery. We got it at home but had it installed here.
After he left we headed for Centro. Forgot that there would be a zillion tourists in town. They'll be here until January 6th Kings Day. Saw license plates from all over Mexico. The have opened another couple blocks of the Malecon. Still a lot of work to be done here to finish it up. 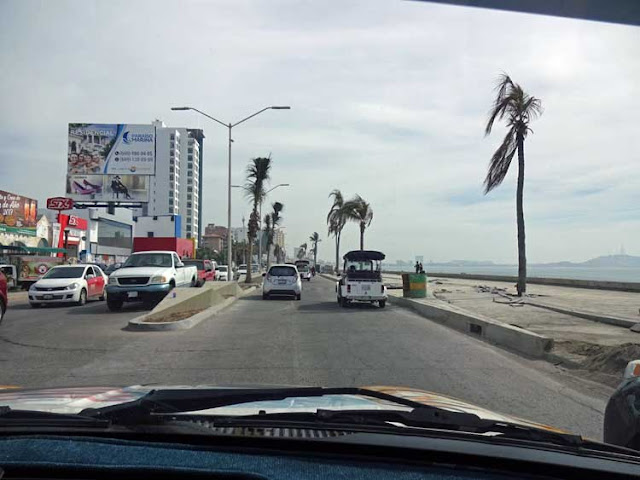 We were going by right at noon. Taking advantage of their lunch hour. 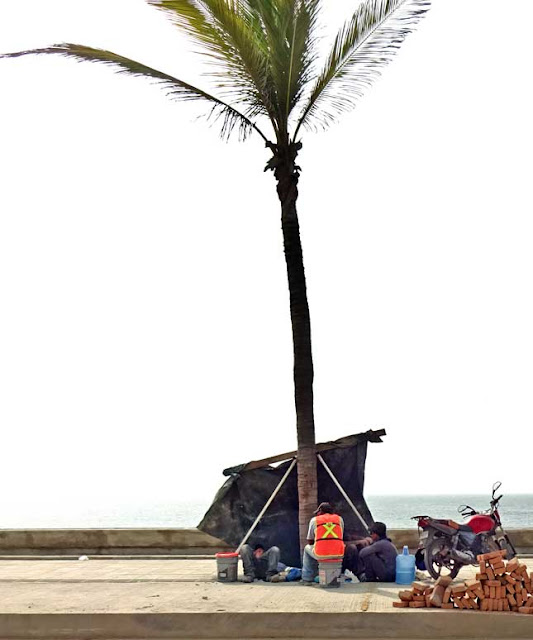 I want to talk a little about these photos. They are not the best quality but they were taken out the window as we drove down the road. And the day was one of those glaring overcast days. So anyway.
Looks like he is saying, "Hey, what am I supposed to be doing anyway?" 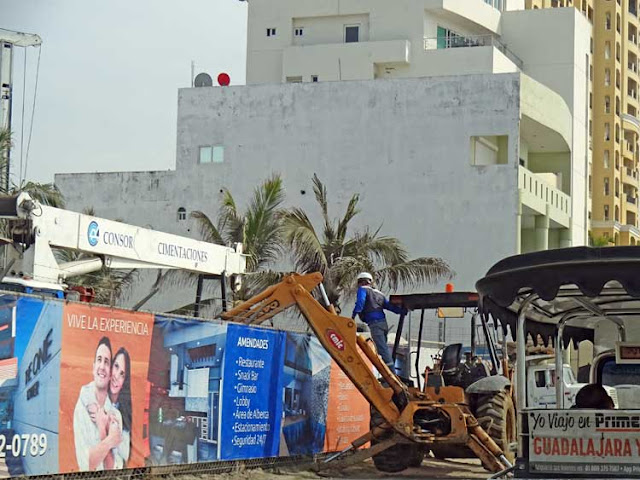 And here he comes right down the street. The already very narrow street with lots of traffic. 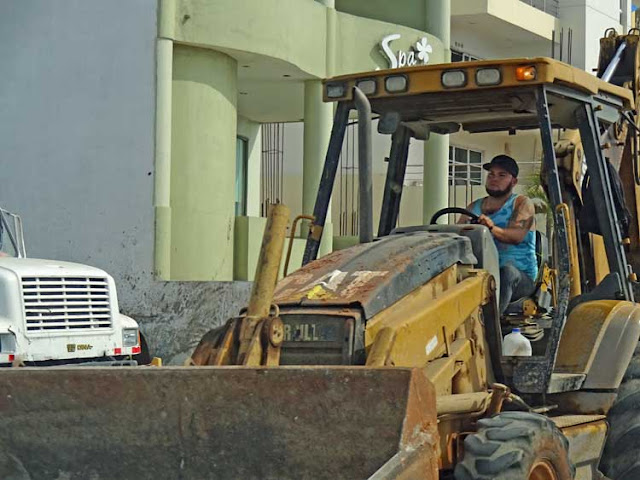 Completing more of the geometric center dividers. Filling the frames with the Styrofoam pieces. 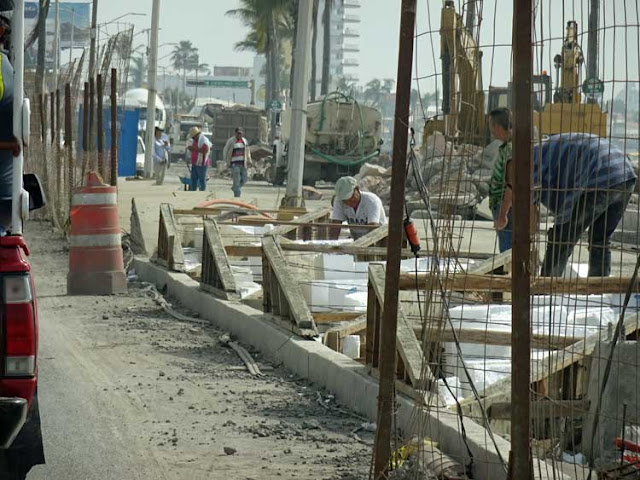 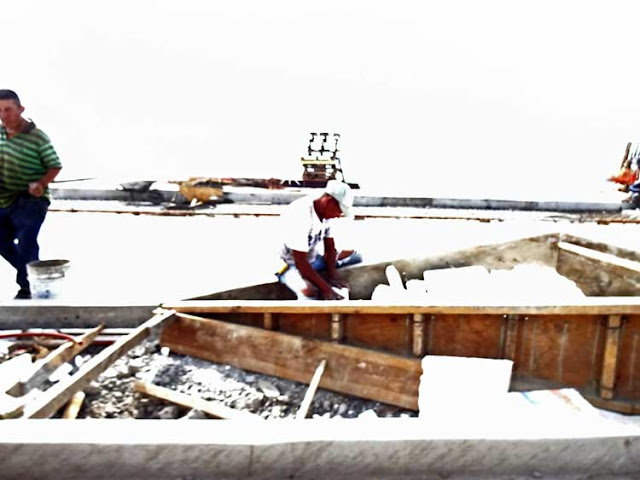 A wire support goes over the foam. 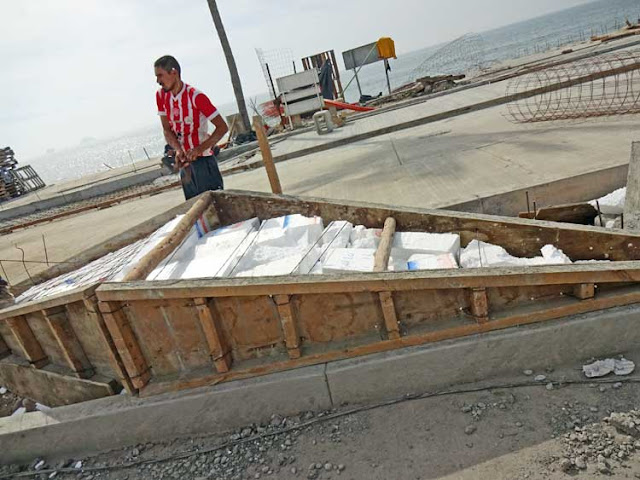 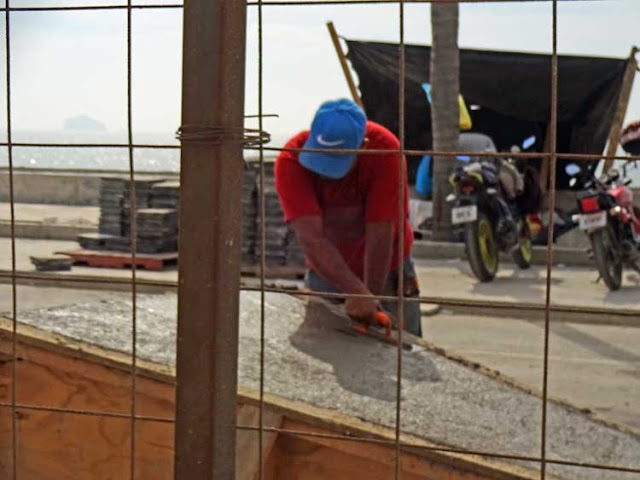 These big sun shades are going up all over. Wonder what will happen during tropical storm season. And a lot of these poles with the circles on top. Lights maybe. Still more work to be done in this area. 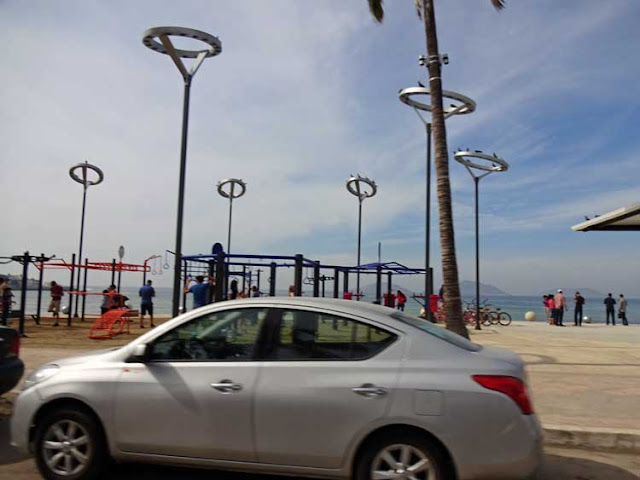 Downtown around the government building a lot of new plants are going in. 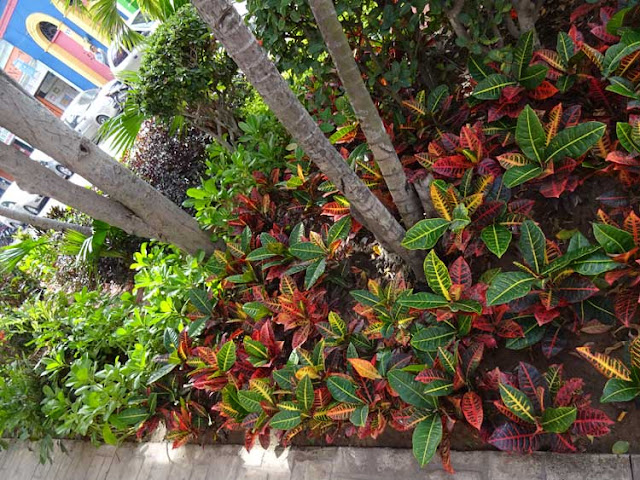 And a new mural in the courtyard of the government building.

Our first stop was for Bill to pick up his sun glasses. He had new lenses put in two pair. 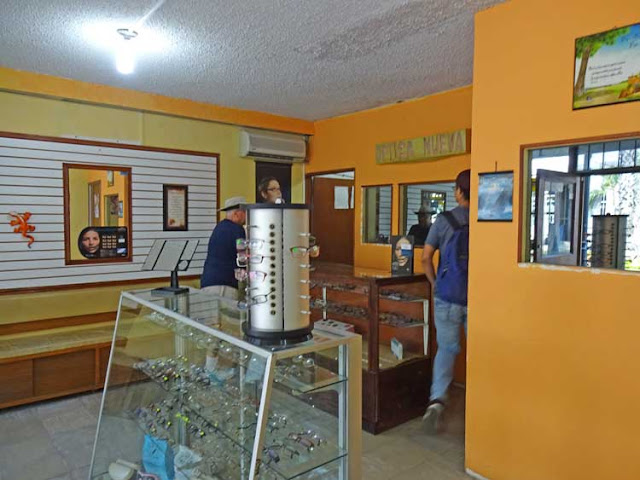 Stopped at watch maker again, watches still aren't ready. Bill told him he wasn't in a hurry but...
Walked around more after this. Tomorrow's blog.
Posted by Carol and Bill at 6:53 PM