Went out and about early this morning so getting a late start on today's blog.
Pretty much stayed home during the day on Friday.  We could hear the bulldozer out there somewhere, but not see him. It seems strange to be able to see the convention center in the distance. 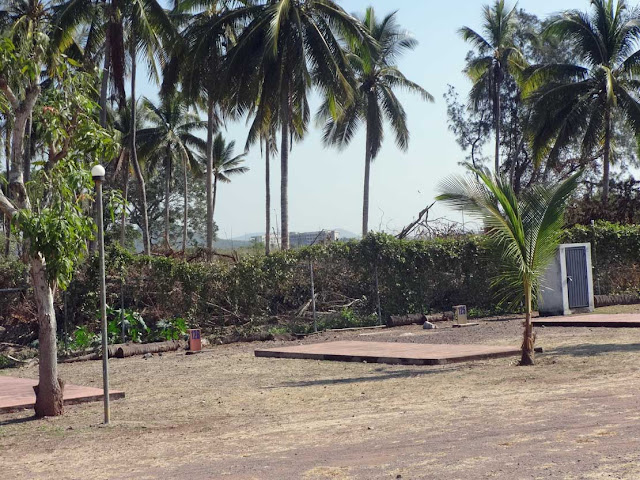 Most of the brush has been cut down and is now in piles. The palm trees will remain as it is against the law to destroy them. Good. 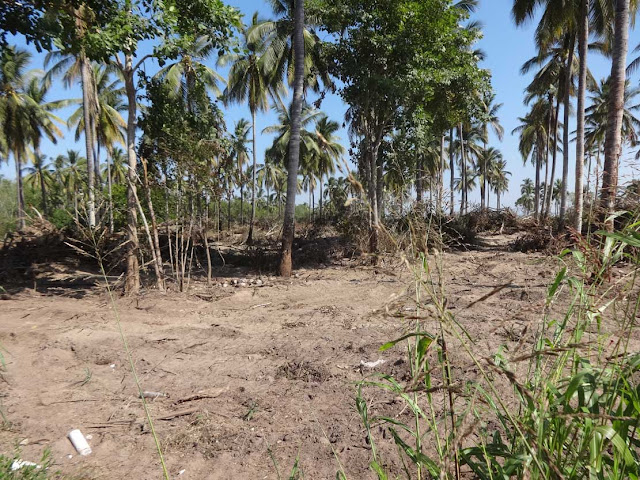 We were waiting for John's truck to come back from the painter. So here it is - John and the painter Jamie Castro. Truck is beautiful. 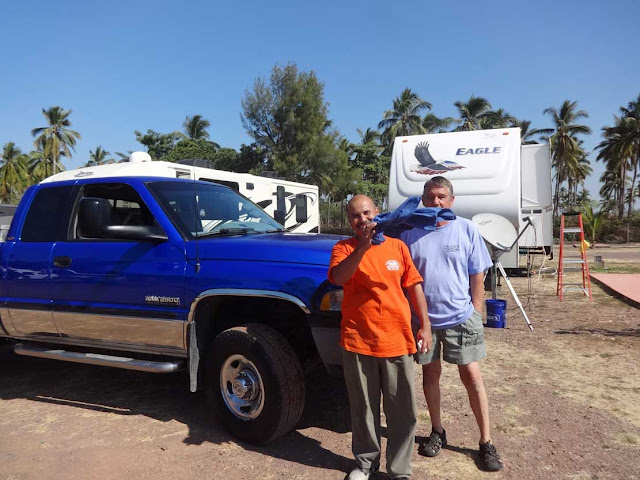 The color seems to change with the light. 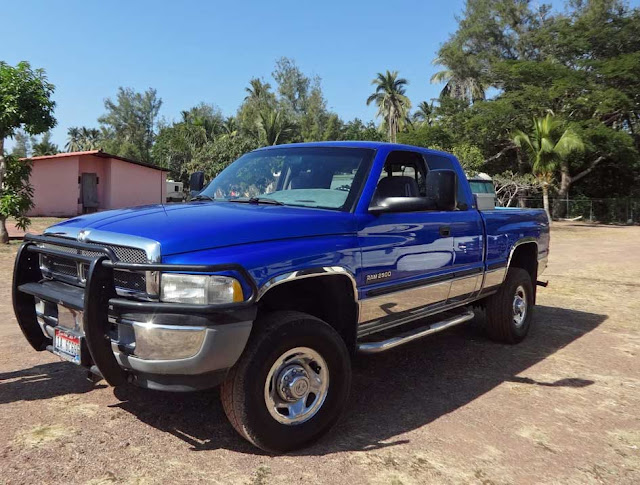 Around five o'clock we all left to go to Centro for the First Friday Art Walk. Lots and lots of people on the malecon. Especially around the new sign and the area that has been opened after the remodel. 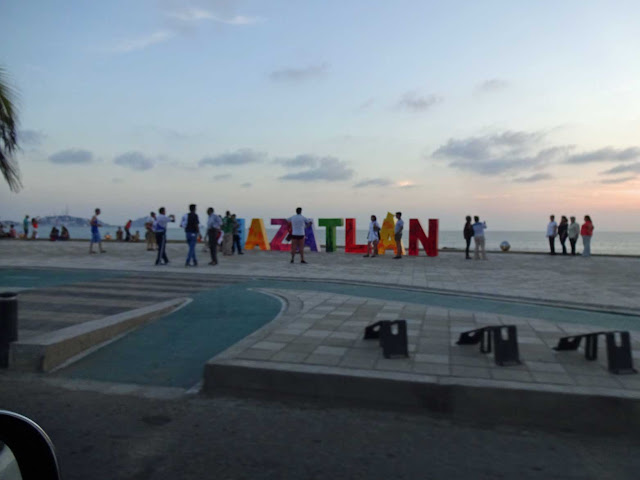 Thought it might be a pretty sunset but this is about as good as it got. Too much fog out on the horizon. 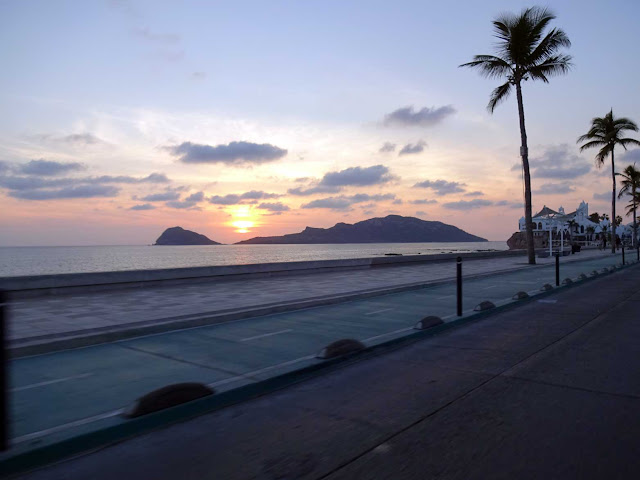 Our first stop in Centro was at a restored 18th century home where a very talented painter lives. I'd bought a painting [reproduction] from her last year and wanted the companion piece. The photo doesn't do it justice. The background is one of the restaurants in the Plazuela Machado. 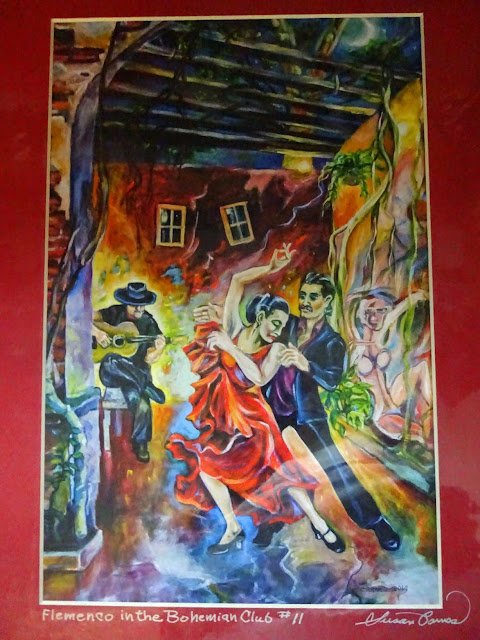 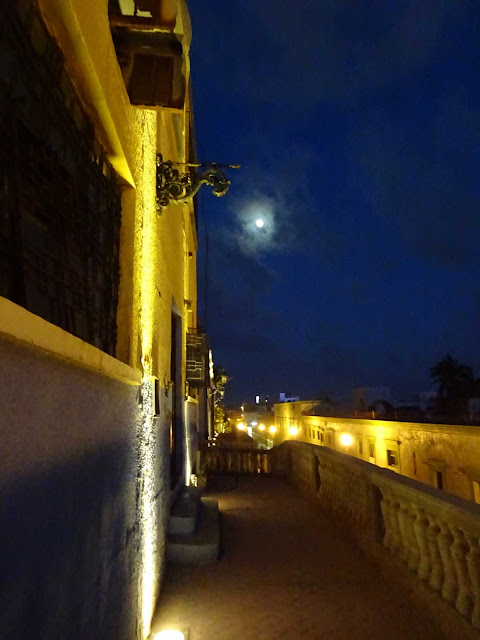 Went on to the Machado. More Christmas decorations were up. 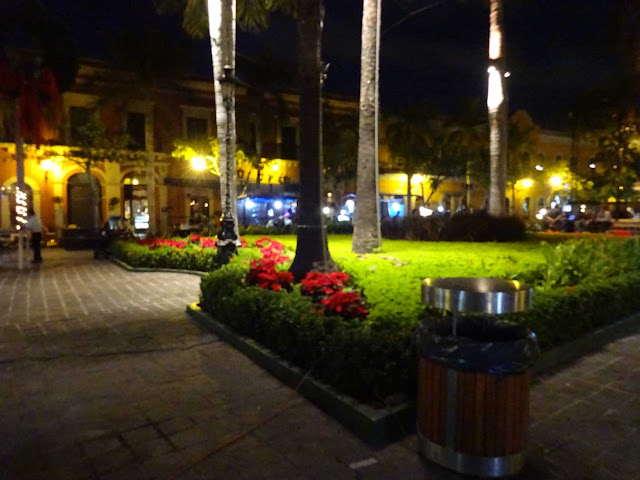 I took John and Shirley over to an art gallery owned by a friend of ours. It is really different inside. Very colorful. Nidart owned by Rak and Loa 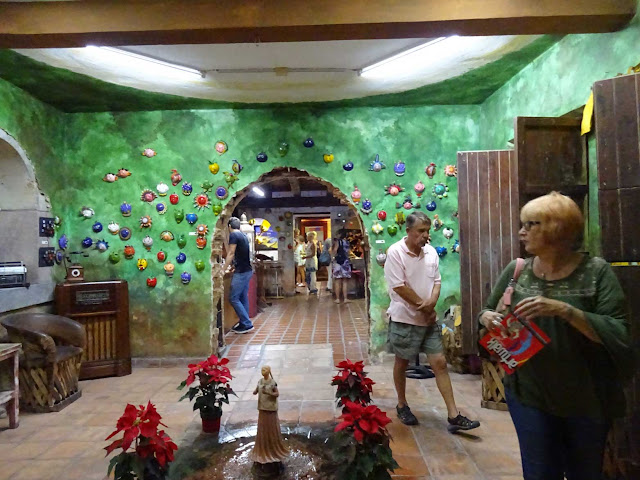 This art of it is especially pretty when lit up - the flash doesn't show all the colors. 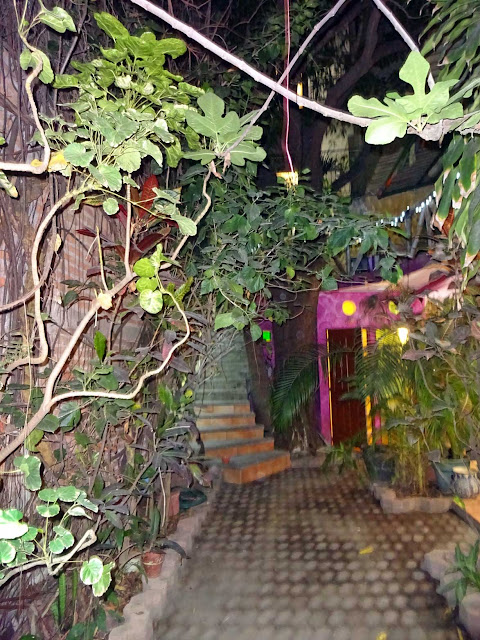 One of the pieces of art. 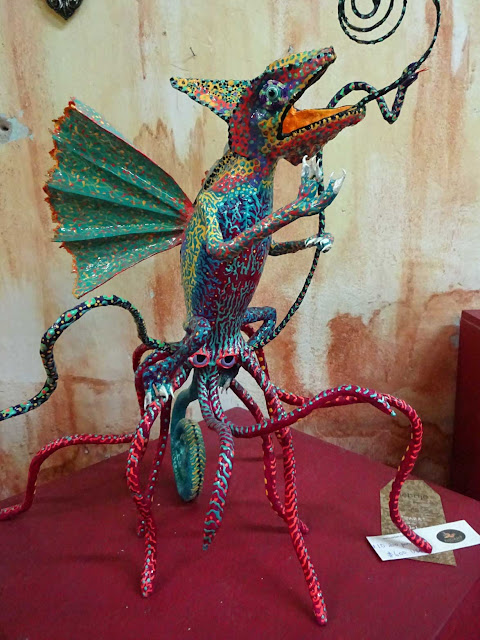 Hum...long johns as art ? Love the walls and cabinet. 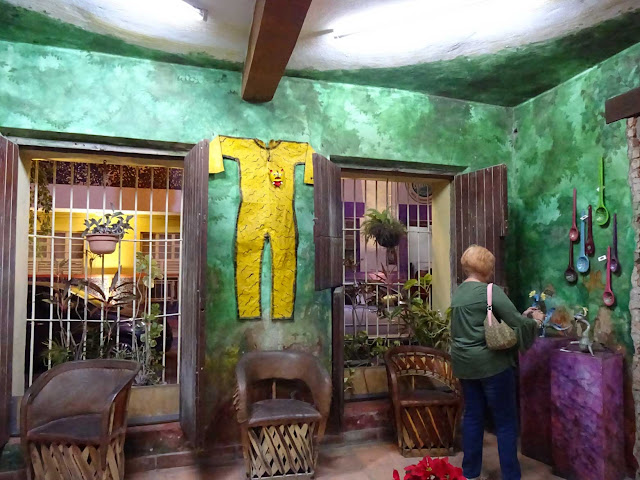 Into another gallery next to the Angela Peralta Theater. Very different work. 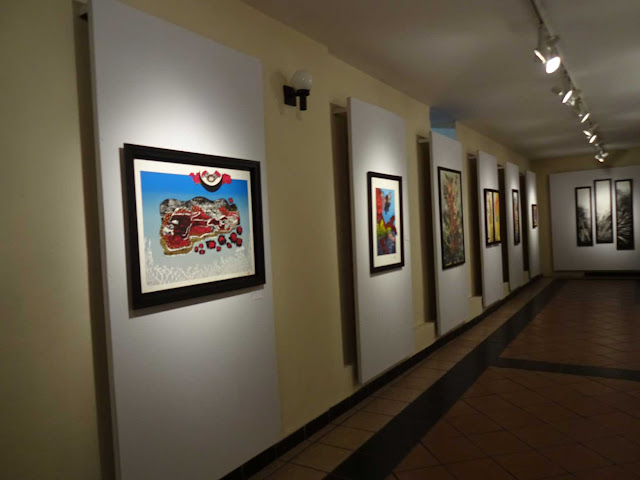 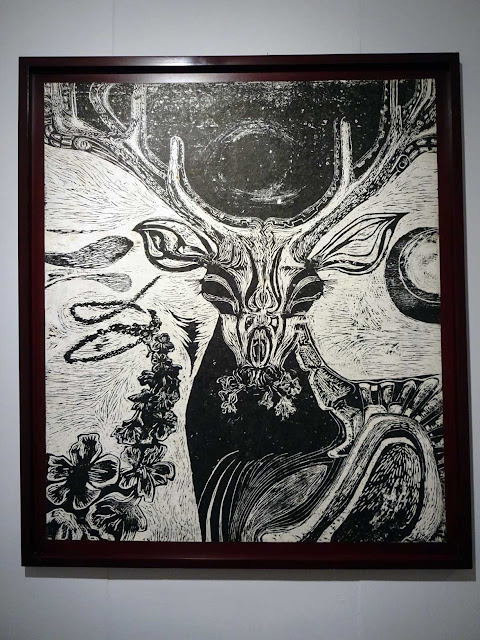 Then back to the plaza where we stopped at Machado Grill for dinner, right in front of the Gazebo. We'd been told that around 7 o'clock the Christmas lights in the plaza would be turned on. Didn't know the girls running for Carnaval Queen would be there too. 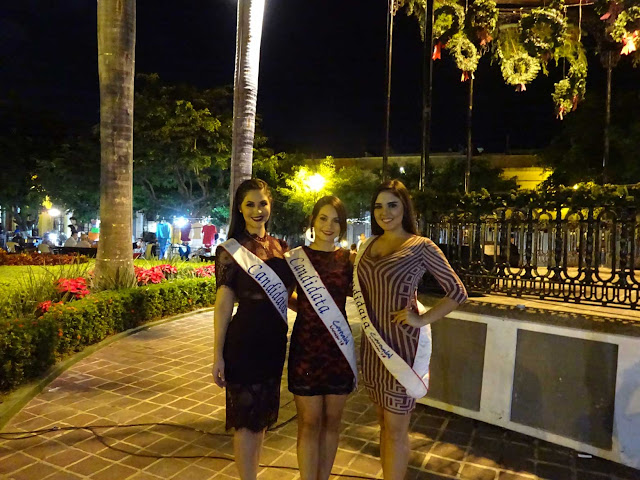 Carnaval King? He was having fun. 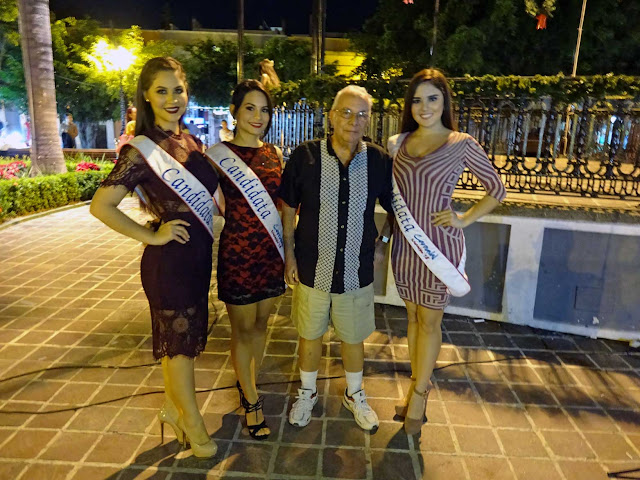 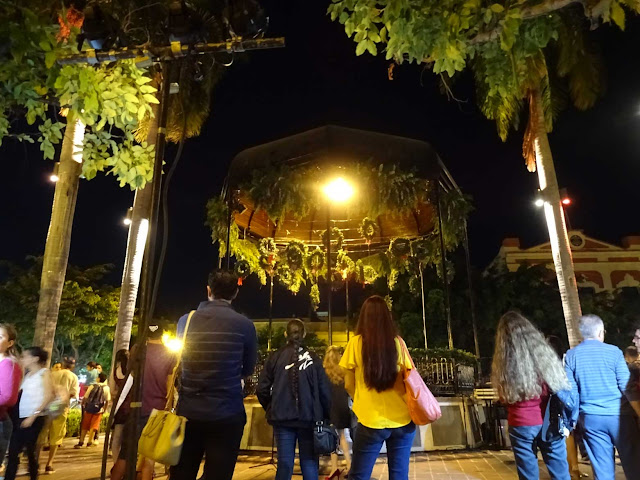 More of the girls.

And then the lights came on. Kind of pretty, blue and gold and white. 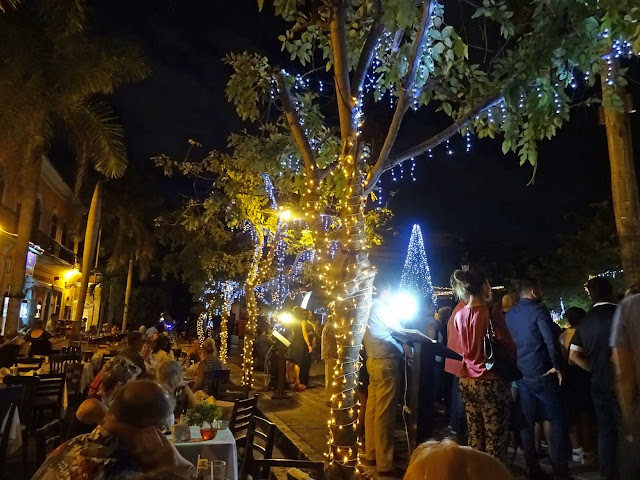 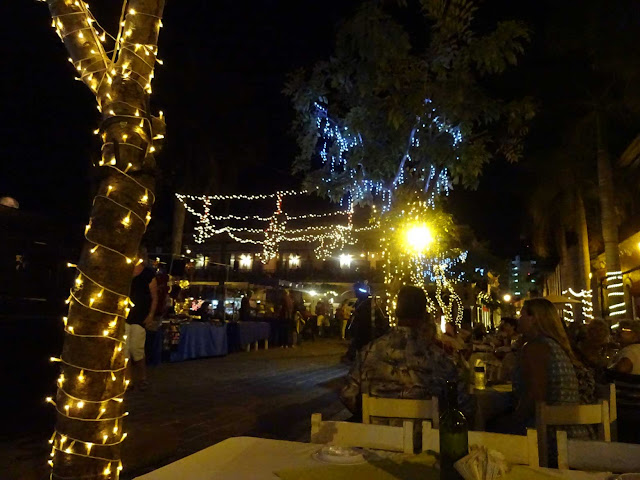 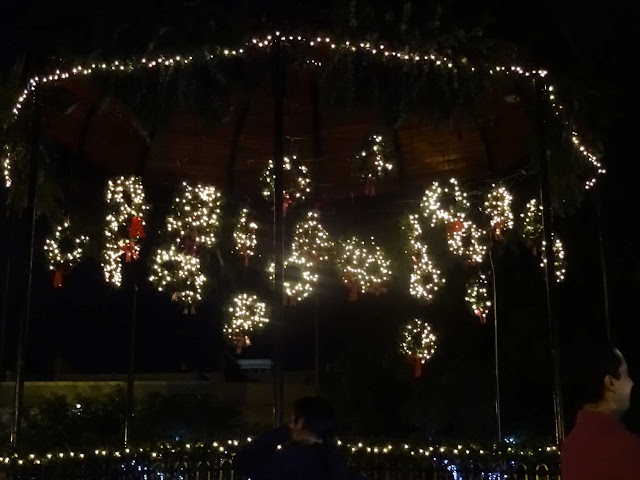 The plastic toy vendor. He was doing pretty good. 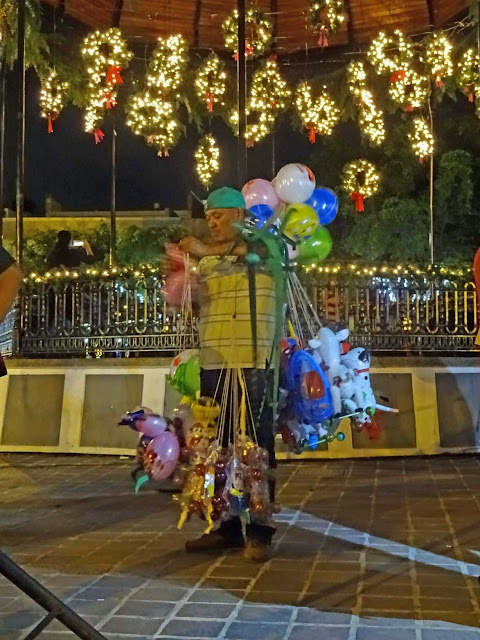 The Christmas tree and some of the lights. 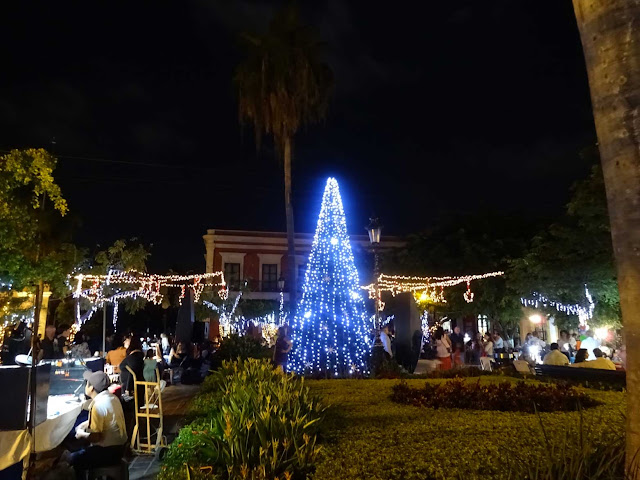 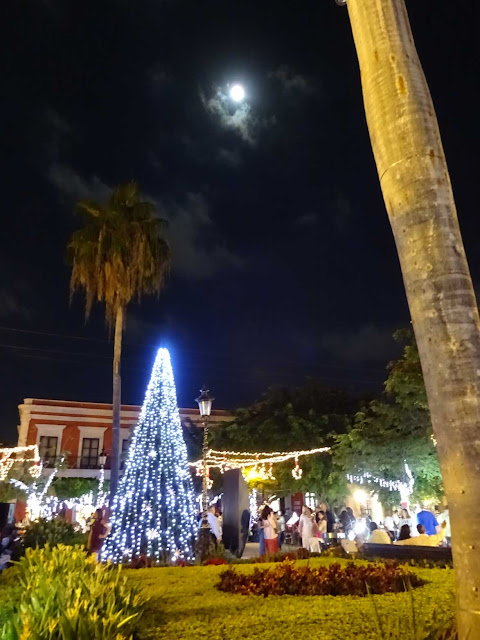 A very short video of the lights. Christmas Carols -in English - were playing in the back ground.
We finished our meal and headed home. John and Shirley's last night in Mazatlan. They were gone when I got up this morning.
Posted by Carol and Bill at 12:34 PM

Goodness, Carol, we thought Bill's smile should have been much bigger with all those beauties surrounding him! Thanks for sharing all your pictures - we do enjoy seeing them.

Guess he thought it was a time to look serious. He was smiling when he brought the camera back for us to see.