A drone kind of blog.

Thought I'd do  a blog using mostly pictures from the drones.
Getting ready to paint the RV last weekend. 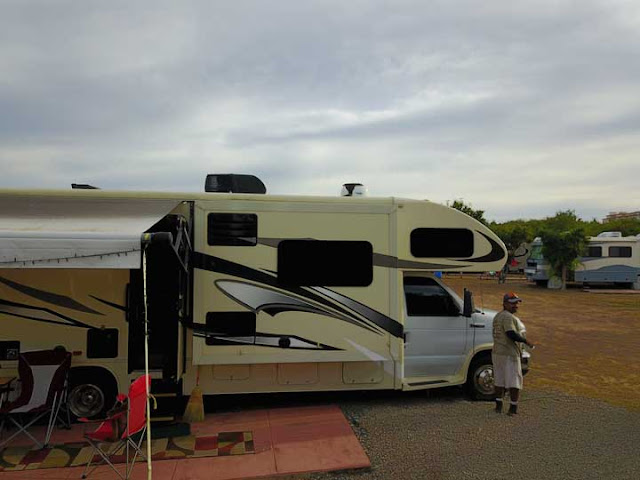 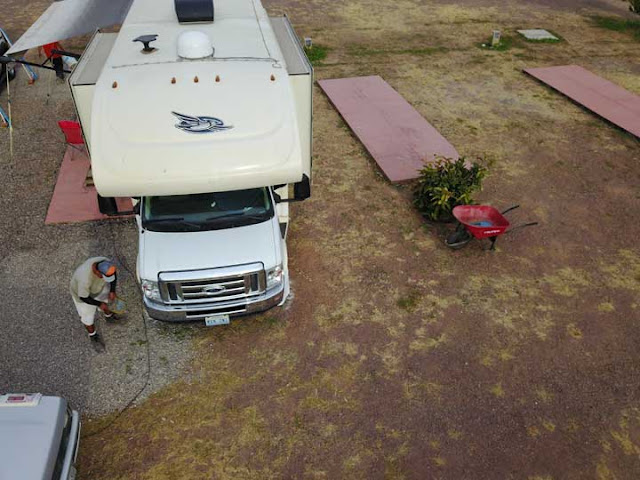 Construction or destruction is really progressing behind us. All kinds of equipment running. Lots of dump trucks taking away the cleared brush. This is a picture looking south west. The green is the way it used to look all around us. The front park of the RV park on the right. 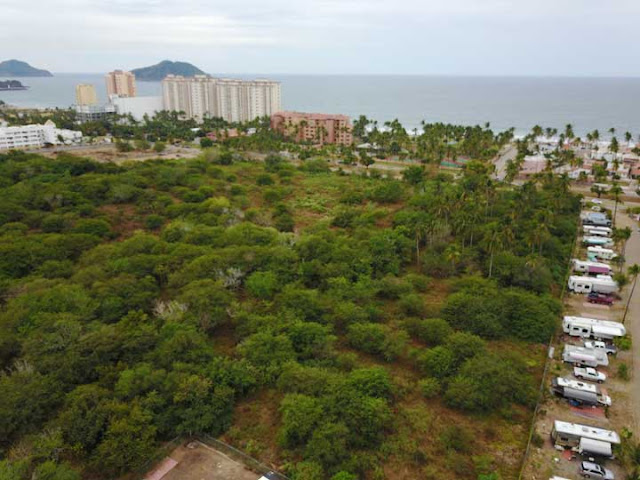 Still looking south east. The canal runs behind the RV park too. You can get all the way to the ocean on it. 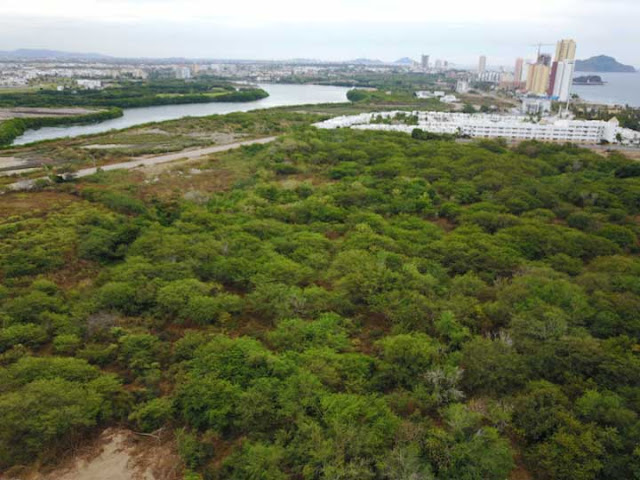 Looking directly behind us to the east. You can see piles of brush. 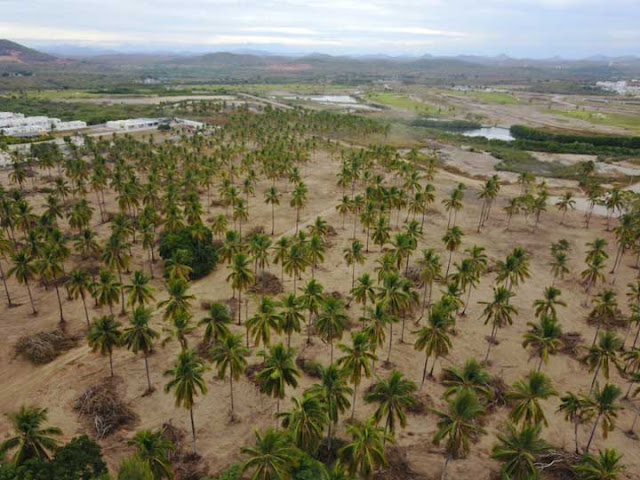 Looking north - It will be cleared to the housing development. 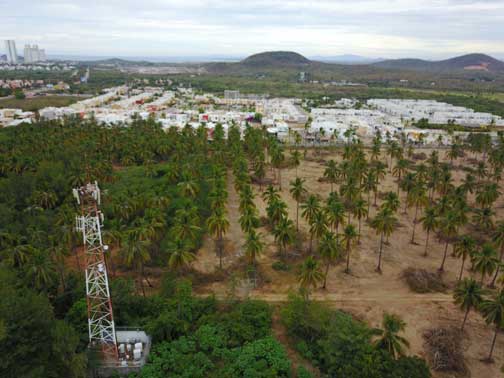 This picture I took yesterday morning. The piles of brush closest to the fence will soon be cleaned up. Lots of dump trucks being filled. 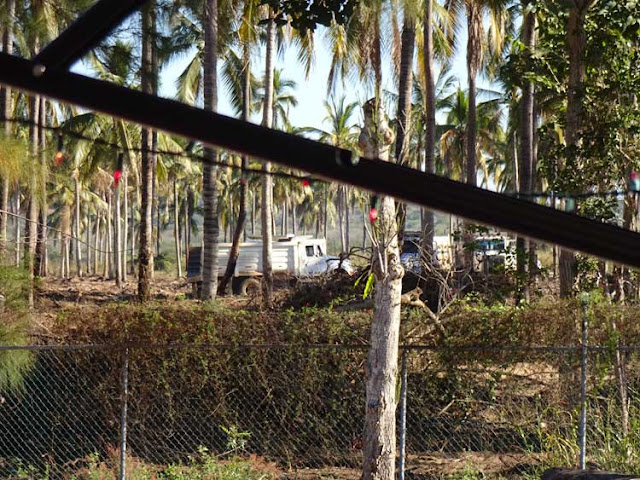 Saturday dawned bright and clear. For something to do we took a drive all along the Malecon clear out to the harbor. Then back to Centro to the Plazuela Machado. Guess what, Bill had his drone in the car. This is a video taken from the Plazuela Machado - an almost 360 degree of Mazatlan.
Some pictures from the drone. This one I put together from 3 photos. Looking north towards the Golden Zone across the bay. The Cathedral in the middle of the Centro Historico is on the right. Bill had the drone up about 300 feet taking the movie and this particular picture.

The Plazuela Machado gazebo. Bill is in the shadow of the gazebo. 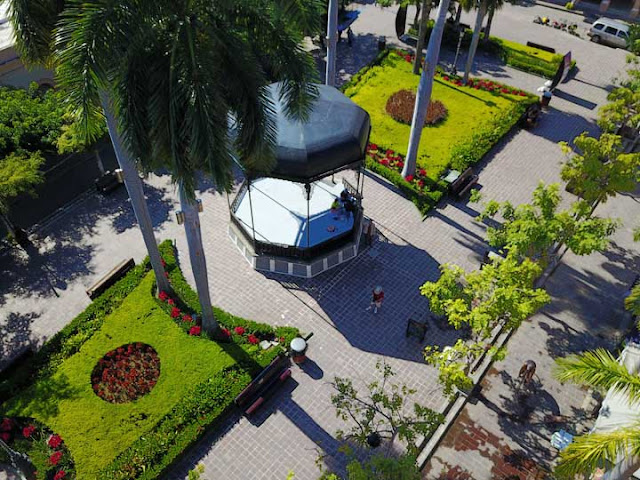 The roofs of the restaurants that surround the Machado. Can just make out the gray awning of the Machado Grill. This time we could pay for our meal without having to make several trips. 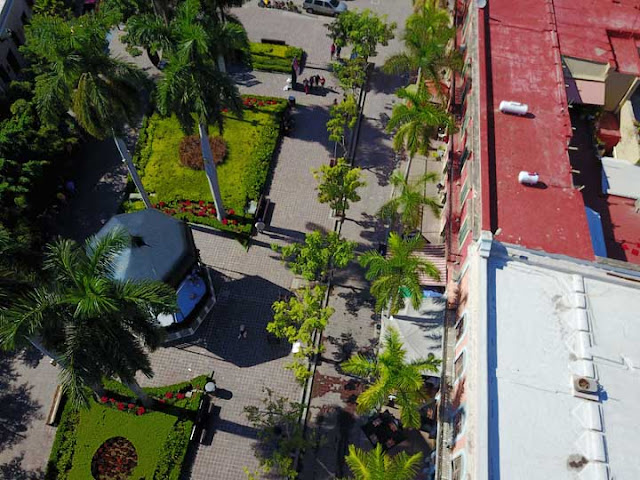 The tree growing where there is no roof is inside one of the restaurants. Don't want to eat there if it is raining. It is a really different place. 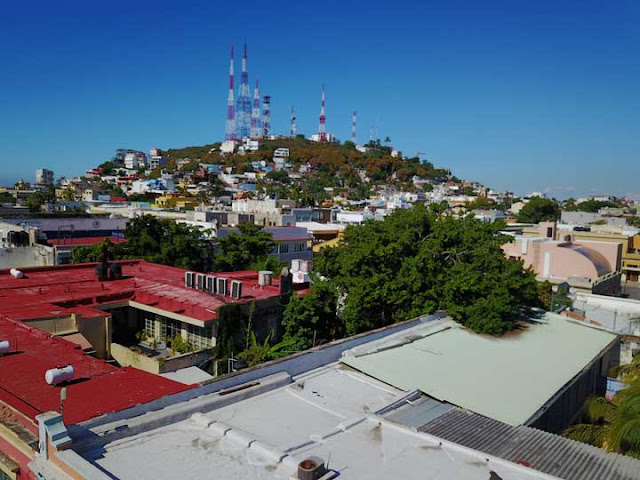 Here you have the building, the sidewalk where the restaurants put their tables when open then the street then the plaza itself. Gazebo is on the center right. 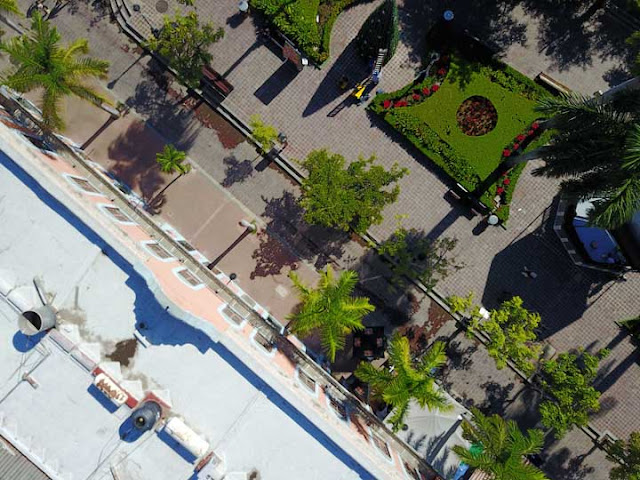 Looking towards the west end of the plaza. We go to listen to the music Sunday nights in front of the two story building with the arches. 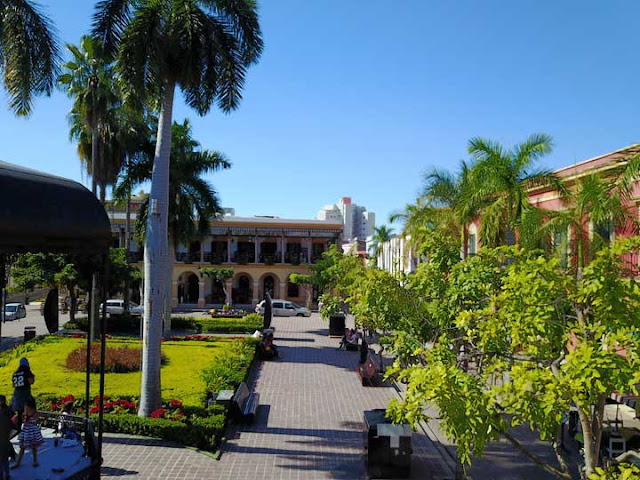 The old building that has about seven restaurants in it. Machado Grill under gray awning. The up stairs is mostly vacant. 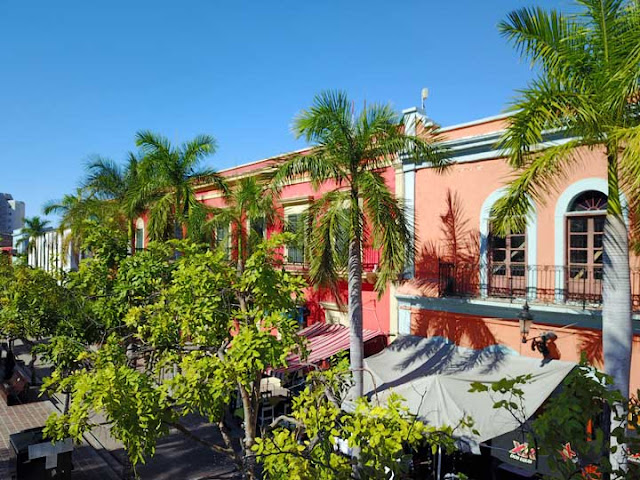 It is a beautiful old building. Been used for many things over the years. On the weekend nights the streets around the plaza are closed to traffic and the restaurants put their tables out on them. 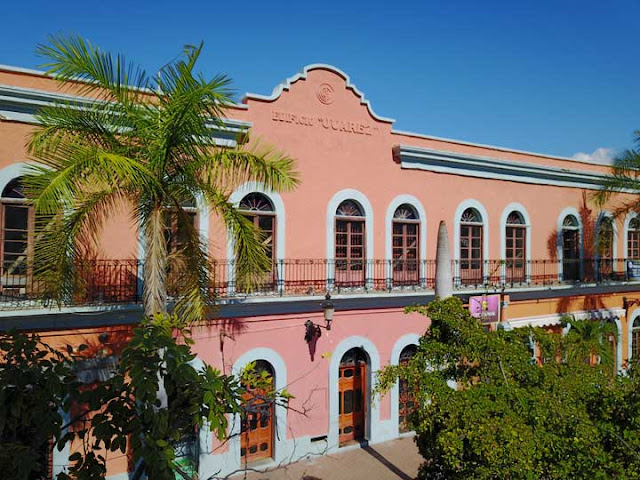 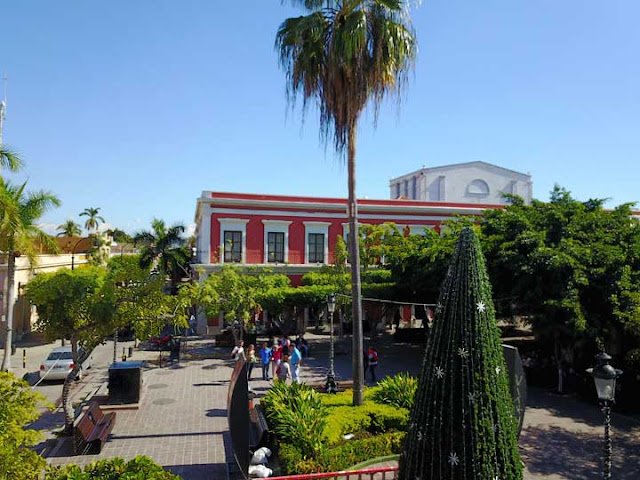 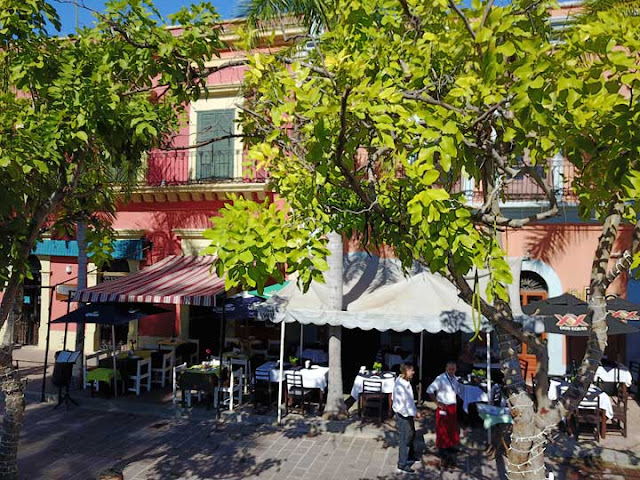 It is a great place to spend time on a sunny afternoon. 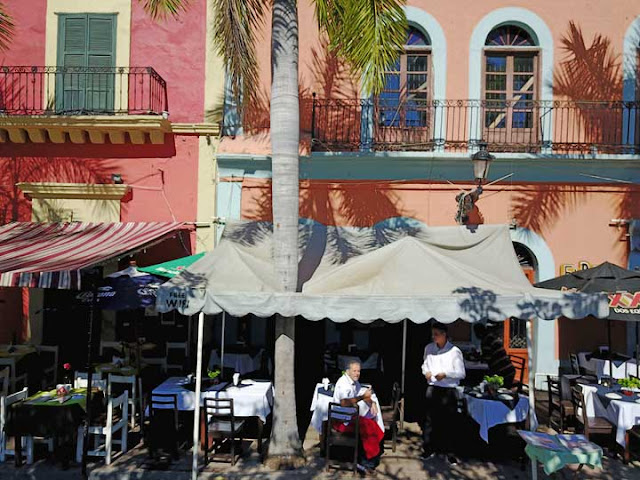 Had a nice day yesterday and today we are meeting a friend for lunch. A little cloudy this morning and cooler.
So what do you think of the drone pictures? Hope to use more of them in the future.
Posted by Carol and Bill at 6:35 AM

he can't wait to take it to El Quelite