We are America - - Passion, Joy and Hope 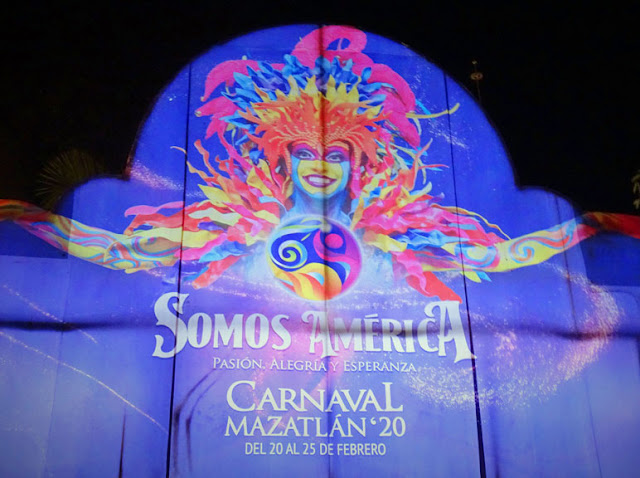 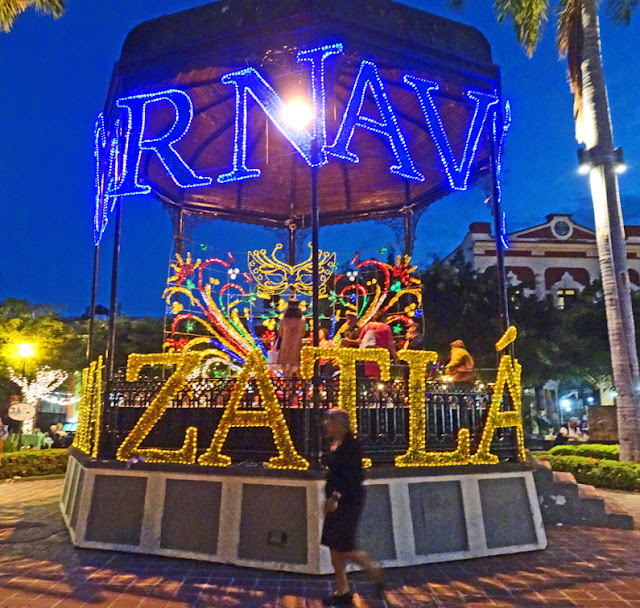 A look at part of the decoration in the Gazebo. 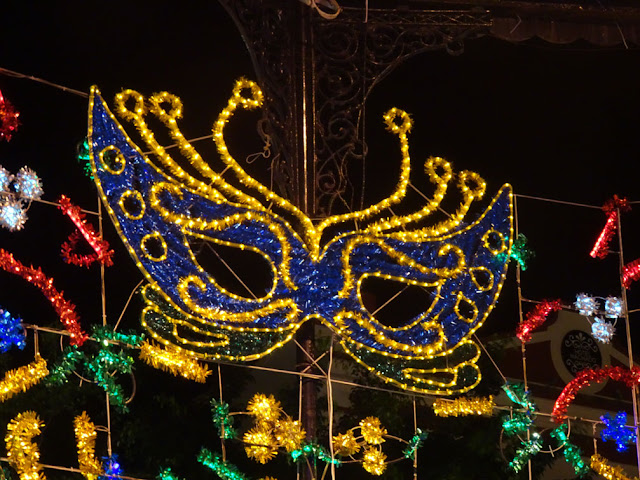 A look at the entire display 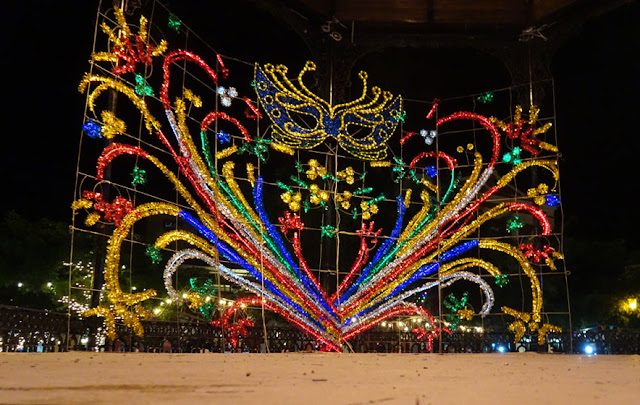 Looking at the light from the back. 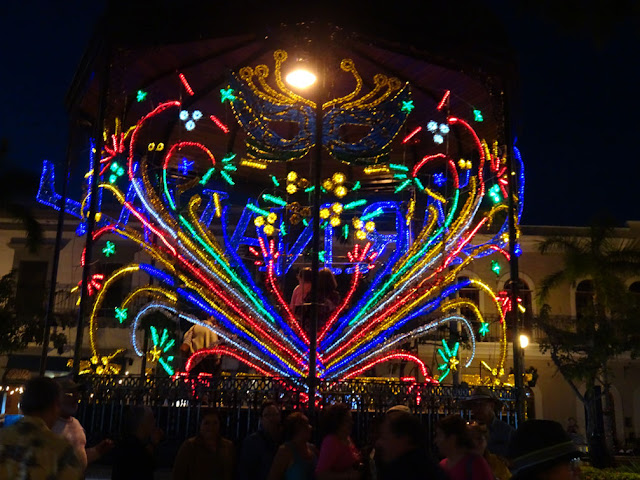 This is the 122nd year of the Mazatlan Carnaval.  It is a huge party in Mazatlán. The Carnival in Mazatlán is reported to be the 3rd largest in the world after Rio De Janeiro and New Orleans.
The statues - called monigotes - are colorful giant statues made from papier mâché and placed along the Malecon and other significant places in Mazatlan. I am trying to get pictures of all the monigotes and the countries they represent.
This is in the plaza in front of the Government Building - MEXICO 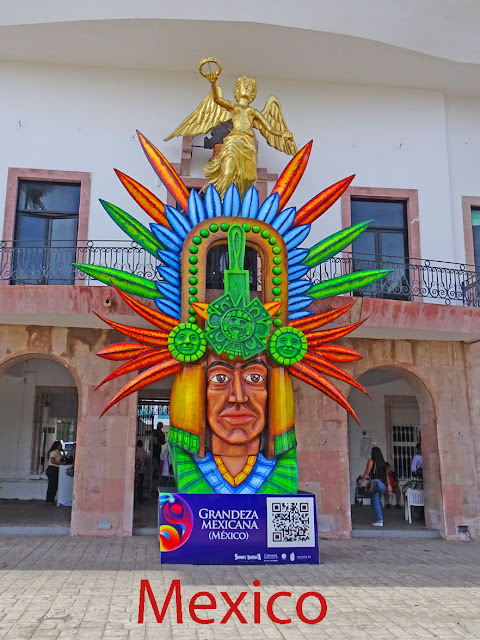 In the Golden Zone - Central America. 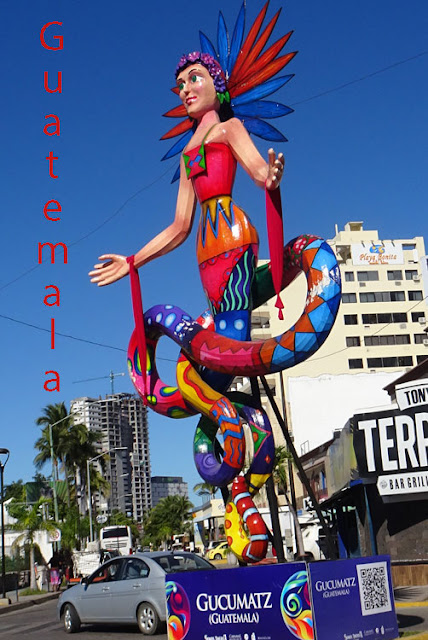 By Valentinos - but it was blown down during one of the serious wind rain storms. 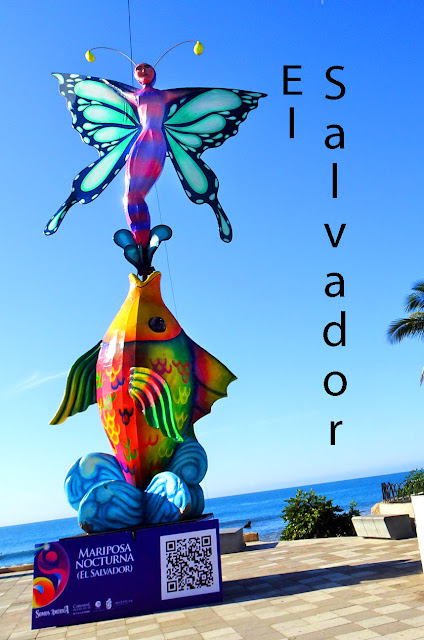 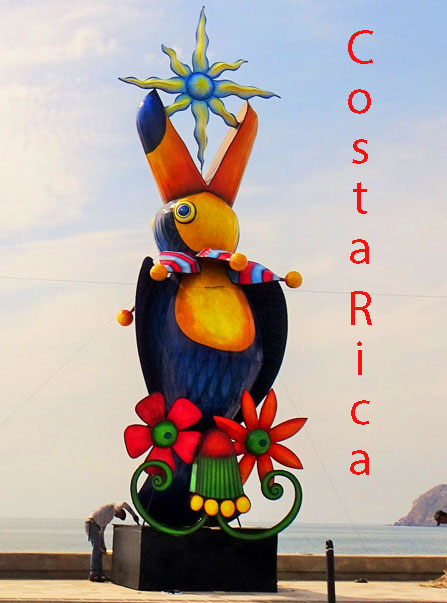 This one is by the Marina WalMart and Liverpool. 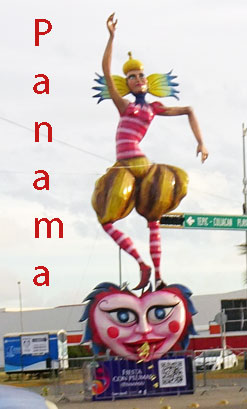 And now into South America . By the Fisherman Monument. 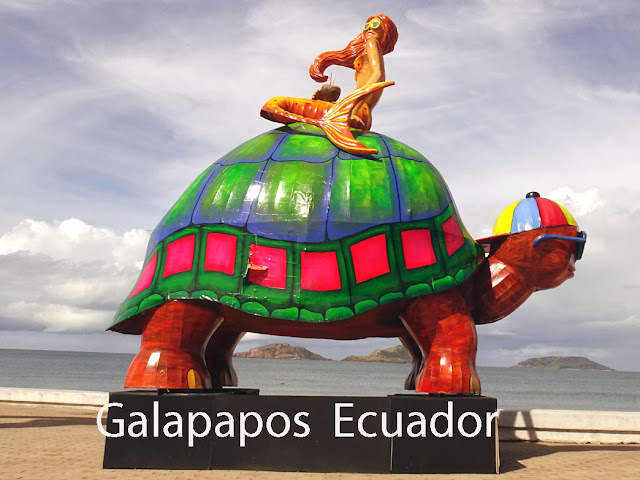 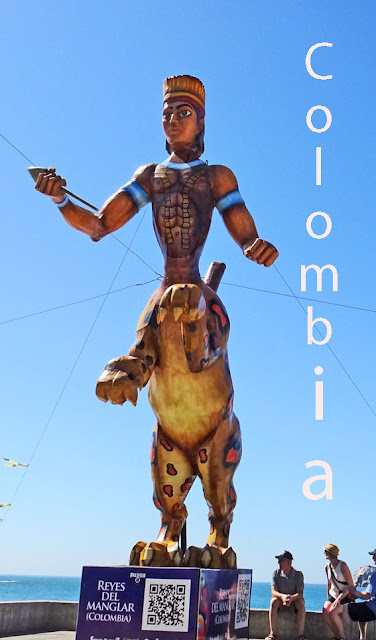 Some I took a couple of views of. 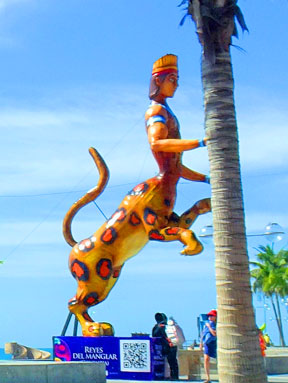 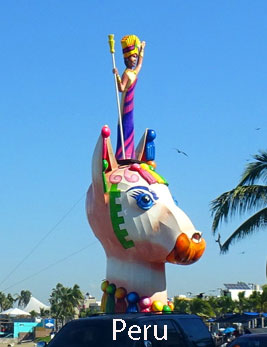 It is a llama. 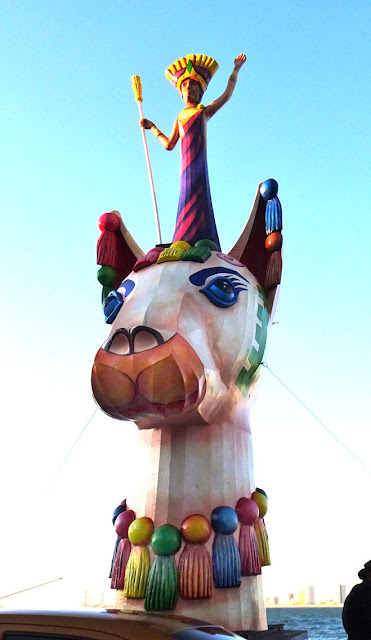 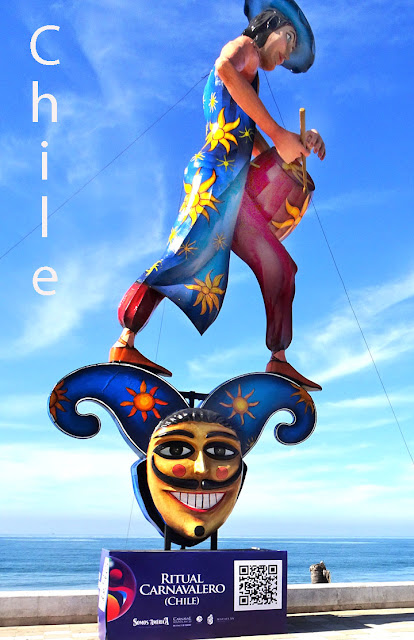 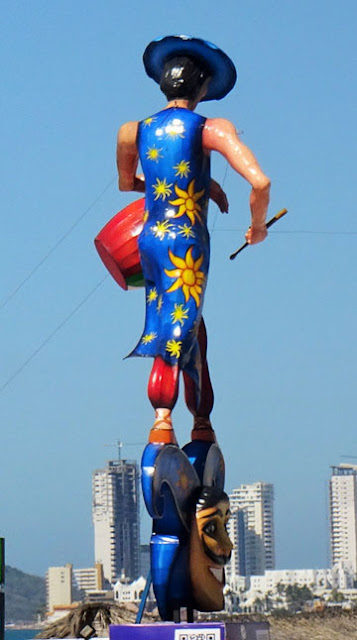 By Valentinos. It withstood the winds. I think this is my favorite. 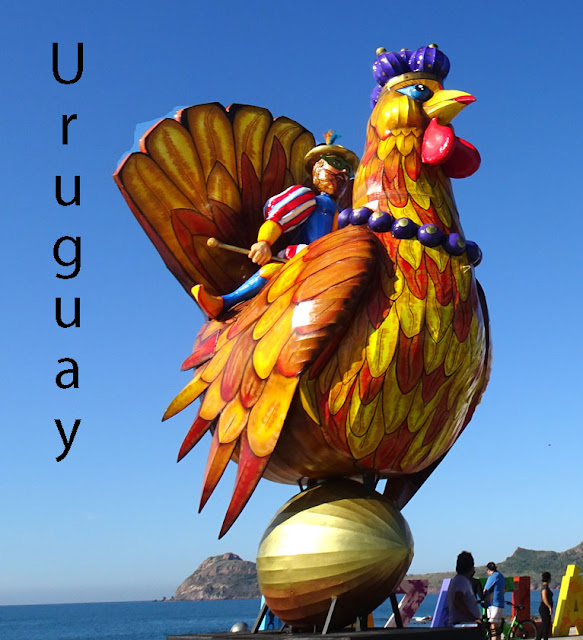 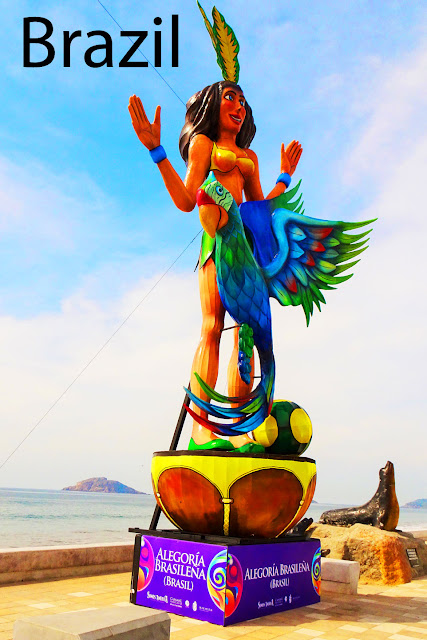 Further south on the Malecon. 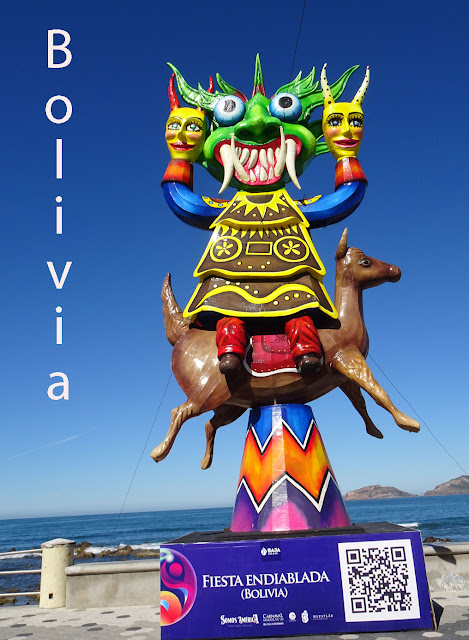 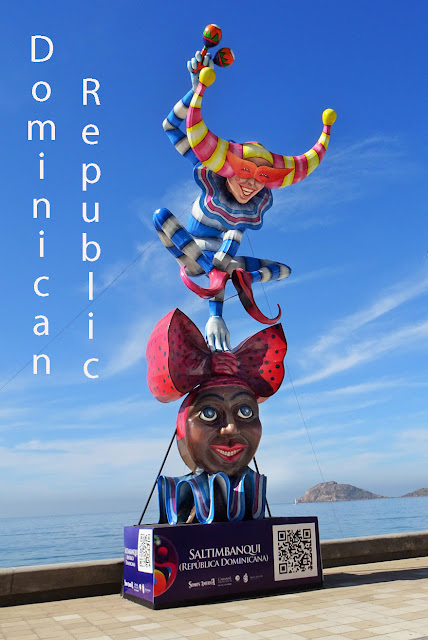 Sorry about the picture - had missed this one and took it at sunset with the bright sun right behind it. On Malecon. 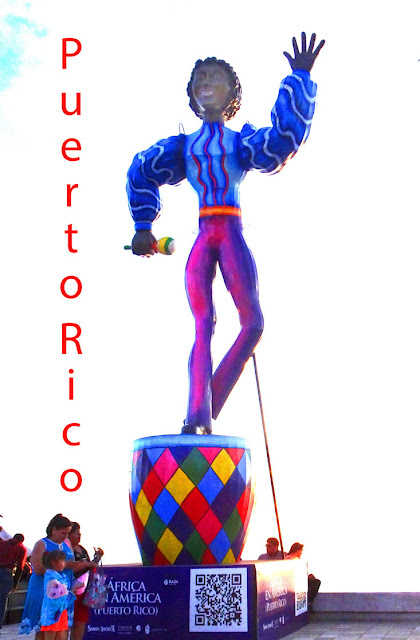 This one is in the Plazuela Machado. You can climb the stairs and have your picture taken on it. 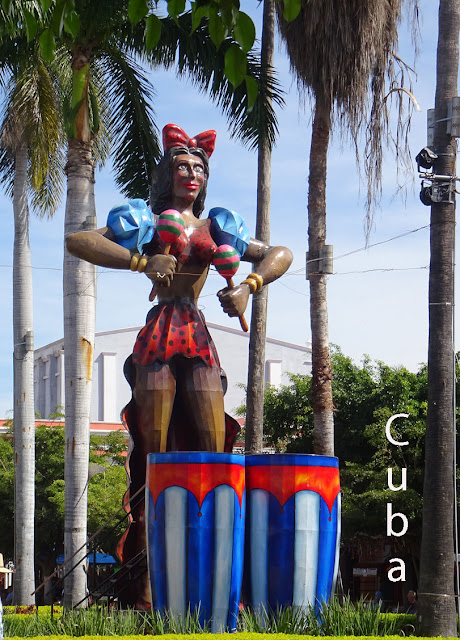 I am missing a few countries, but still looking for them Don't have Honduras or Nicaragua from Central America. And also missing Argentina and Venezuela from South America. Also no Canada or USA. I have seen a picture of another one, but don't know where it is or what country it represents. 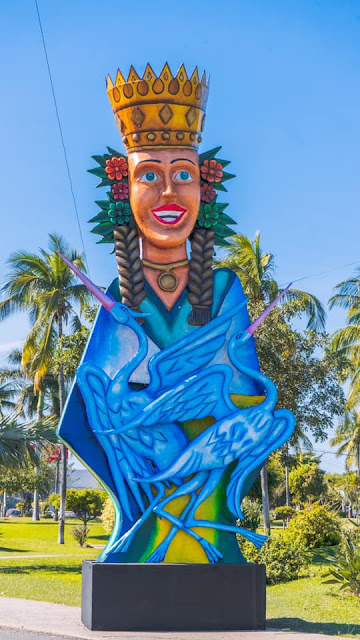 Will look for it. Well drove to areas where it might be and no could find. So I borrowed a picture of it.
Posted by Carol and Bill at 7:01 PM