Today we kind of have to be away from the RV as it is getting washed and waxed. So we are leaving kind of early to try to get into La Antiqua Restaurant before it fills with people. It is the restaurant in Centro with the WONDERFUL crepes. So far this year every time we've gone there there were too many people already there and the outside seating was taken. So going early we have hopes.

The upholster came about 6:00 last night with the frames for the dinette. Sure looks good now. The couch. Just new leather not materiel. 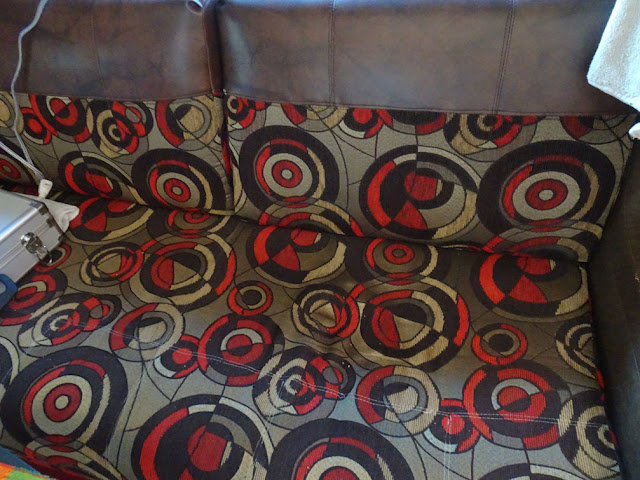 The dinmette Leather on cushions and across top and on sides. 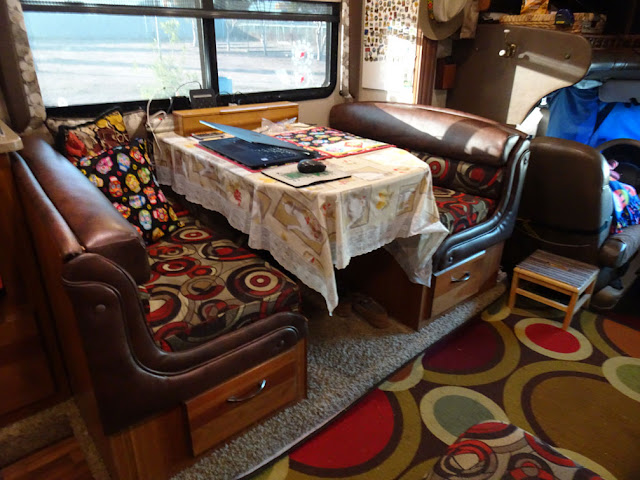 Looks a lot better. Also replaced the foam in the seat cushions on dinette. 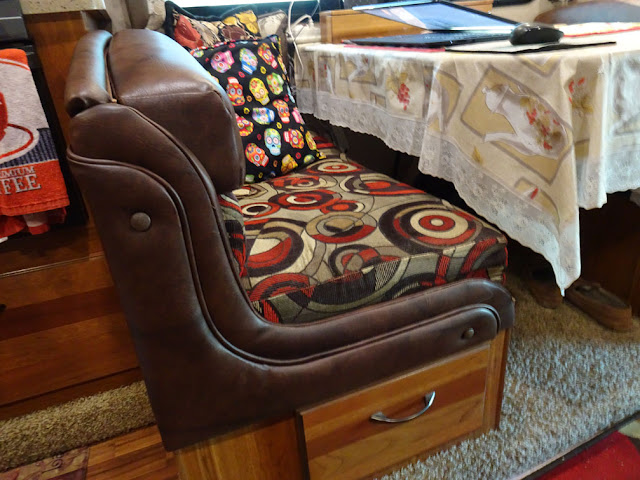 By the time they left I didn't feel like fixing dinner. So I had leftovers and Bill had a big salad.

Some one posted about some new Carnaval decorations in Olas Altas so of course we had to go check them out. Every time we go by this building my stomach twitches. No way would I want to live in it. It is only one room wide and quite tall. Looks like it would blow over in a good wind. 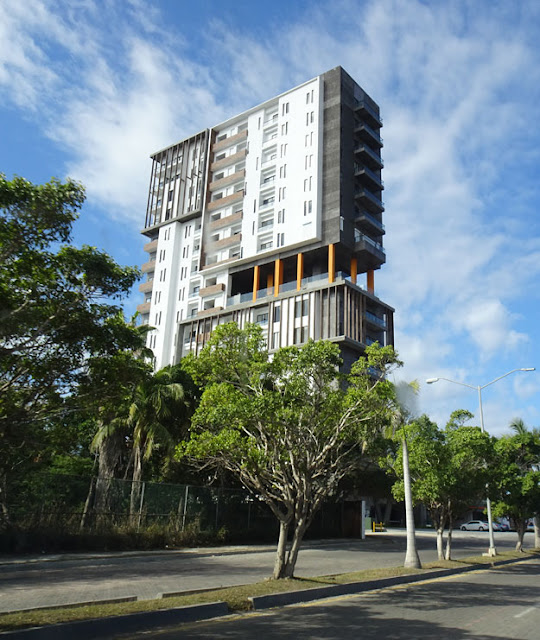 The landscape of the Malecon is sure changing. Used to be no high rises there. Now so many and at least five or six more coming. We were out Sunday morning. Nothing going on in town over the weekend so not people or traffic. 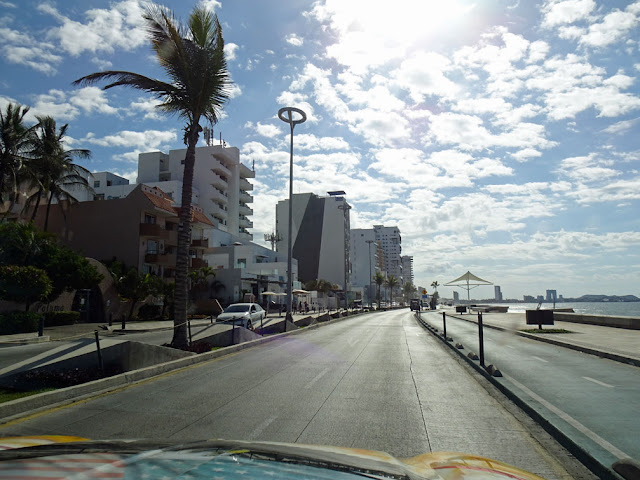 I just love this view. Look at all the high buildings along the Malecon and in the Golden Zone. Whole flavor of city is changing. 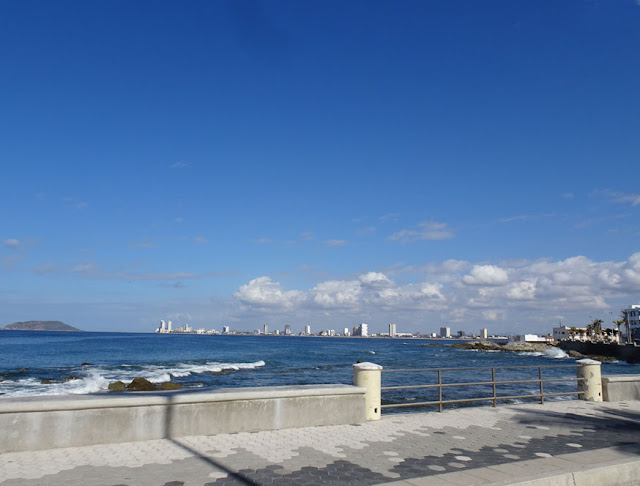 We did find the decorations. These light up at night. 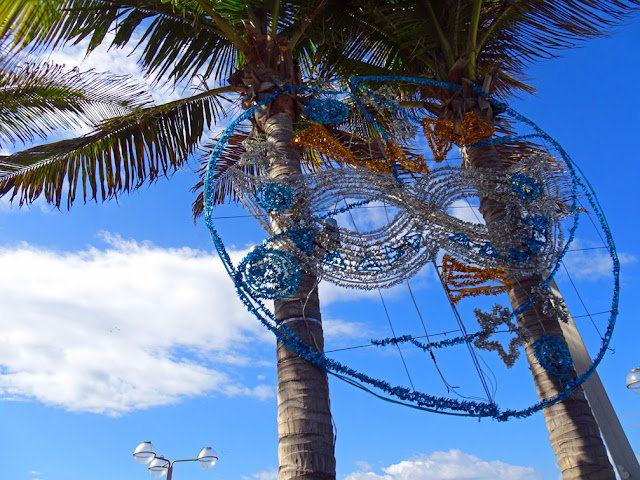 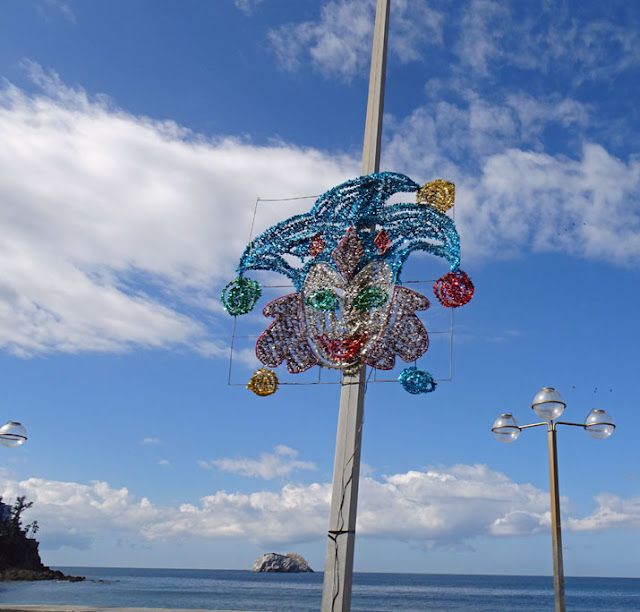 A place to have your picture taken. There are two of these, one on each end. 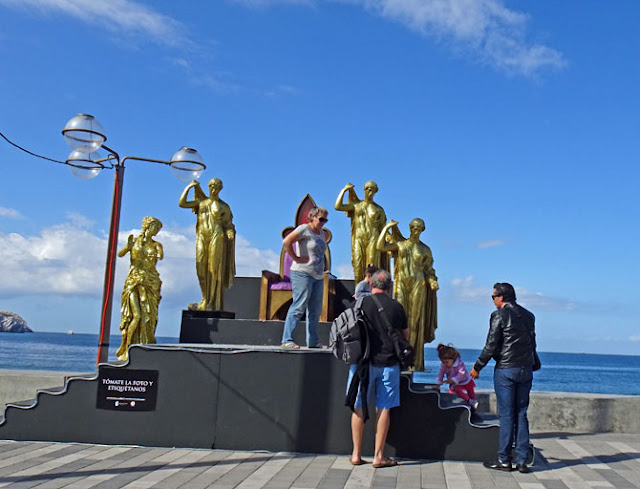 This is one of the lovely sculptures along the Malecon. A famous piano player, song writer. Fernando Valades.The boy is a real person checking it out. 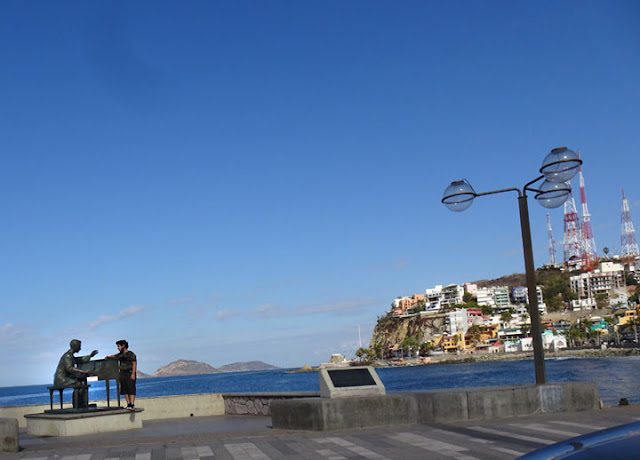 Another sculpture - this one is of a  famous singer, movie star/heart throb - Pedro Enfante. He rode a motorcycle in one of his most popular movies. 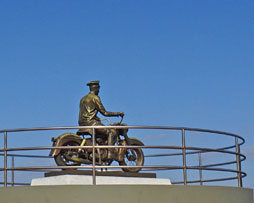 Another just liked the picture. 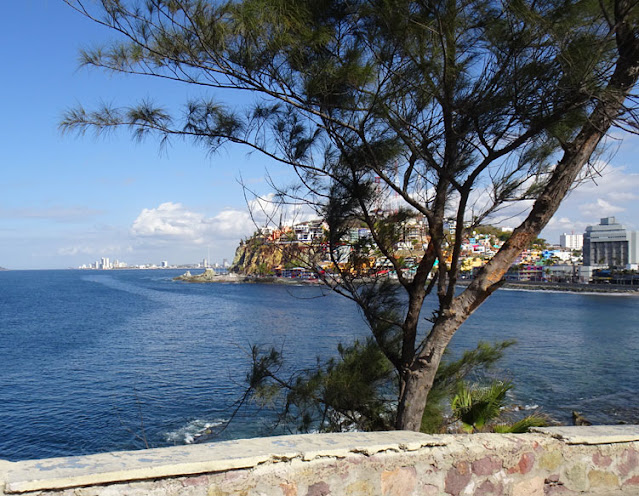 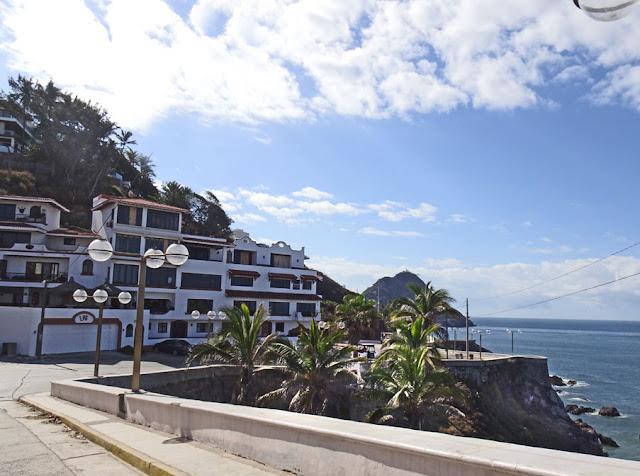 Heading back through Olas Altas and seeing the decorations from the other side. 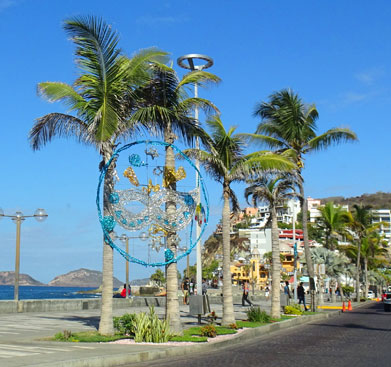 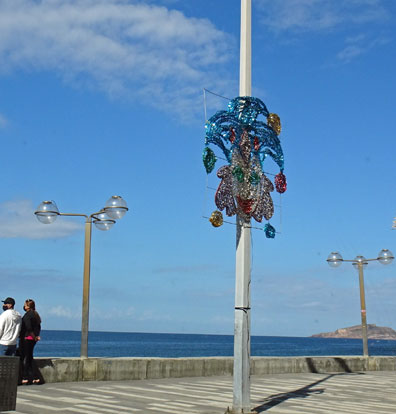 Heading towards home north on the Malecon. 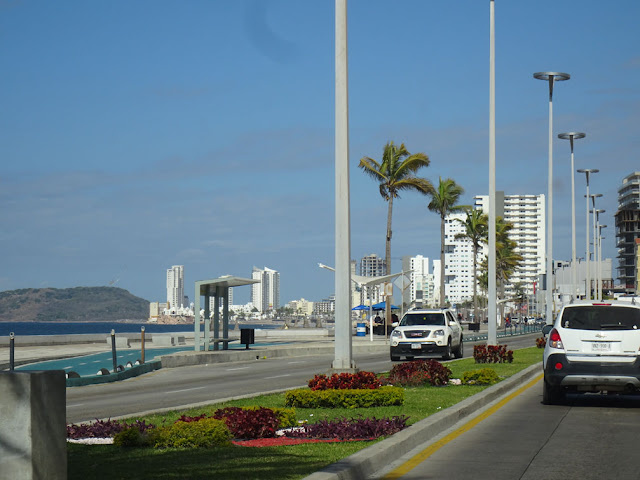 Valentino's. I read they are starting the renovations on it. Sure hope so. It is such an iconic building. 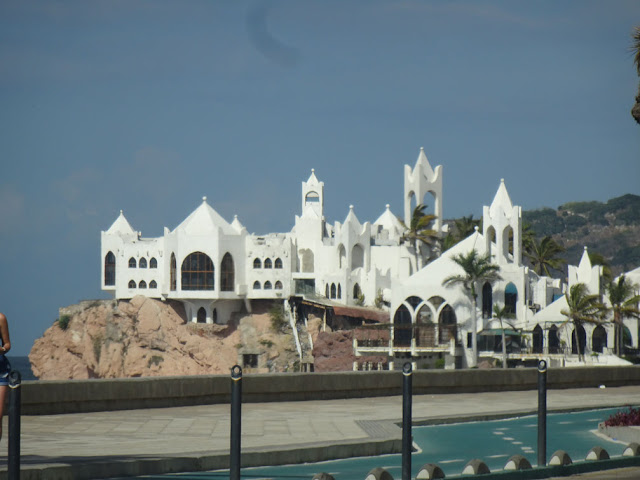 Today the RV is getting washed and waxed - so we are leaving for a while. So we left about 8:30 just as Rafael showed up to wash it. Picked up Mark and headed to Centro to go to restaurant La Antigua for crepes. We've tried to go there a couple of times this year, but just too many people inside and out to feel comfortable. Today we got lucky - got to eat in outside area, only two other tables with people there. Just love their crepes. Mine had bananas, cream cheese, caramel sauce, chopped walnuts and whipped cream. YUM! Mark had one with peaches and I don't know what else, said it was good. Bill had ham and eggs, but then ordered one like mine - I ended up eating part of his egg one along with mine. I'm full for the day.
Then unfortunately we came home. The Jeep is acting up again. Bill thinks it is the fuel filter. Pablo the mechanic is on his way here. Better to fix here than at home. Well RV is being waxed and Jeep is fixed it was the fuel sensor. All taken care of.  We hope/think/.

New upholstery looks great. We will be trying to get something done in our motorhome when we get to come down again. We need the couch and dinette completely redone...yikes!