Not a whole lot going on here. No walking for a few days, have a blister on the side of my foot. And I'm lazy. What can I say.

The weather here continues to be very unusual. Meaning quite cool. It was warmer in Las Vegas yesterday than it was here. I am comfortable during the day, but Bill likes it warmer - around 80 is his happy temperature. Neither of us is happy with the evening and night temperatures. We have not gone out once at night since we've been here. And early morning when there aren't people around it is just still too cool for Bill to be happy. 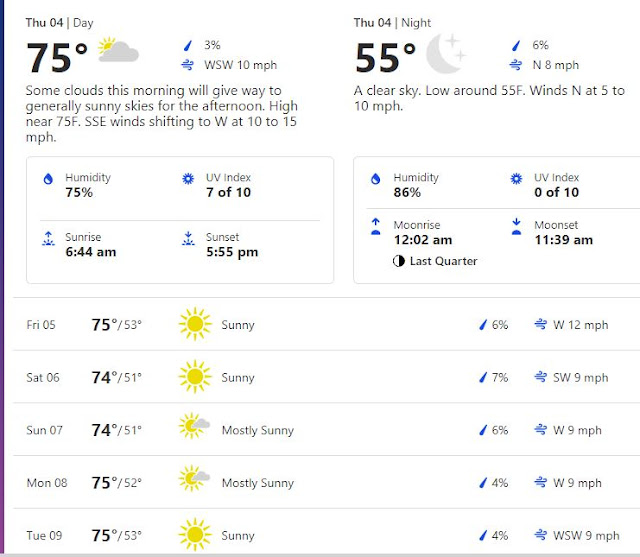 We would like to go to the Plazuela Machado evenings on the weekend to listen to our friend play music, but cools down around 5 o'clock and the wind is picking up every night. He doesn't play until 8 o'clock. So we huddle in the RV with the heat on trying to watch TV - which is still not cooperating.

Yesterday we went to Centro to drop off BOTH of my cameras with the camera repairman. The old one has so much dirt on the lens it is hard to get a good picture. And the new one keeps shutting itself off.  Also checked on Bill's watch. Will probably get the cameras back next week and his watch is still waiting for an ordered part. Of course, it is his favorite watch. The one that no one in the states will even touch without paying them an arm and a leg.

So on the way home I tried using my phone camera to take pictures. These are the results.  Not bad. But I had to delete many of them because my finger was in the way.  Also need to remember I can turn it sideways. My big problem using it is I'm afraid I'm going to drop it.

We were moving when I took all of these so pretty happy with it. 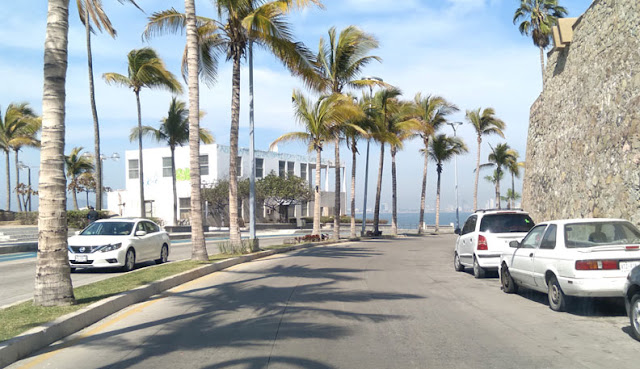 The name of the place is "The fat woman and the burro"  See the picture on the right. 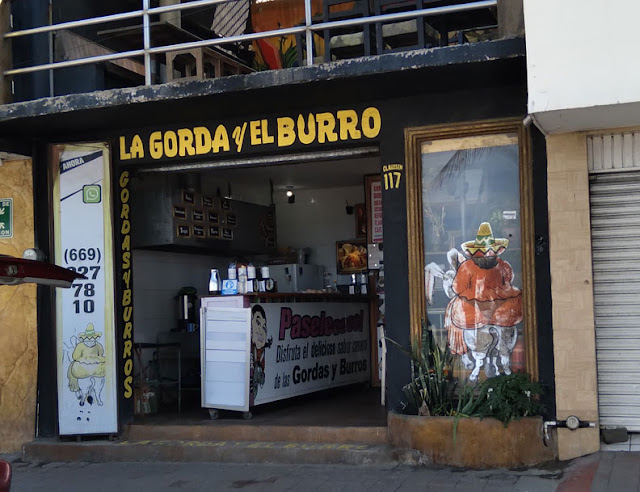 Just some gym equipment on the beach that has recently been repainted. It was another very hazy day. 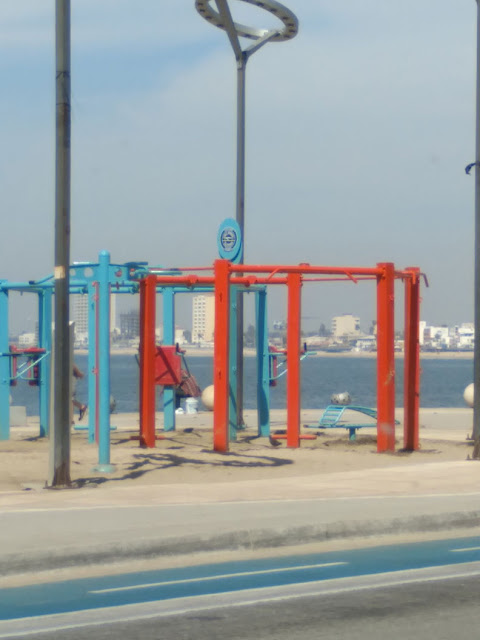 There is a big baseball series in town but not too much traffic.

The vendors sure don't have many buyers these days. Now with Canada shutting down all flights into and out of Mexico there will be even fewer. Mexico is pretty upset about that. As it pretty much ends their tourist season. 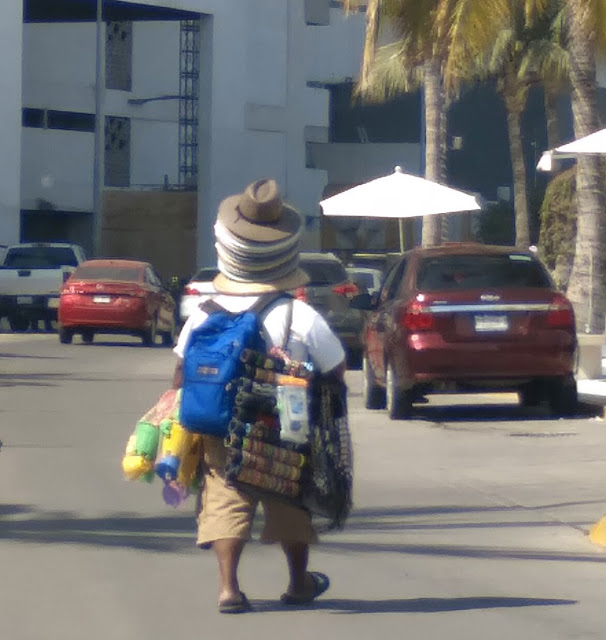 Bill told me to use his little Sony so got it out and charged the batteries and checked out the buttons on it. Also put a strap on it so when I hang my hand out the window to take pictures I won't drop it.

Have some really ripe store bought bananas so going to attempt to make banana bread. Did buy the nuts and vanilla for it. And have the two little loaf pans. Another things I usually bring with us are paper muffin cups - didn't this year so have to make loafs as haven't found any cups - I do have muffin tins though - maybe if I grease them really well...

Took a day trip today. Got lots of photos, dash cam and drone videos. Keep me busy for a while.

We're doing our best to keep the case numbers down.

I love my phone camera and sadly never bring out the big expensive DSLRs now!

Wonder why you wouldn't buy vanilla in Mexico where it's better quality and cheaper than home..at least in Canada. Haven't found paper muffin cups but they do have silicon ones in Walmart where you buy muffin tins.

Jackie - I'm afraid I'll drop the phone and can't keep my fingers away from the lens
Kathy - I've just never needed to buy it here. Always have some at home, very seldom use it. Can you use silicon in a regular oven?

Yes the muffin liner cups are made for the oven. Lots of silicon bakeware these days.