Another cool morning here in the southern Arizona desert. But so far this a.m. the wind isn’t blowing. In fact the furnace is on. I asked Bill why he didn’t put on his sweat pants if he was so cold. Well come to find out he forgot to bring them. So a trip to WalMart later today to buy some. I know we are heading south but anything below 75 is cold to him. Also some vacuum packed milk – shelf stable.
His cold is still hanging on, really congested. So maybe talk to pharmacist while there too.
Tis a beautiful day here in the desert. Deep blue sky with puffy white clouds and no wind. Just walking around near the RV park. 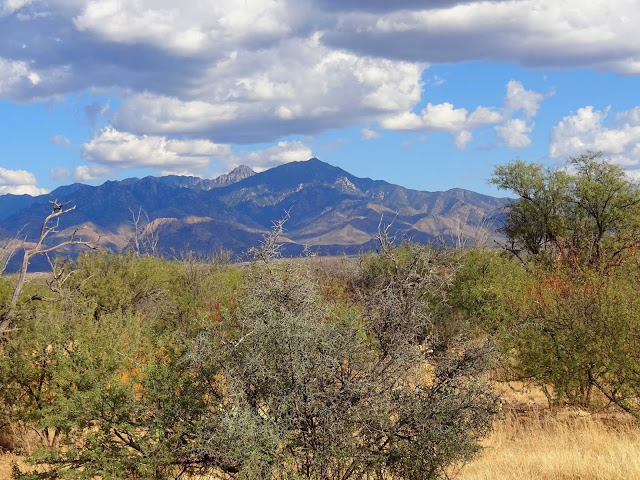 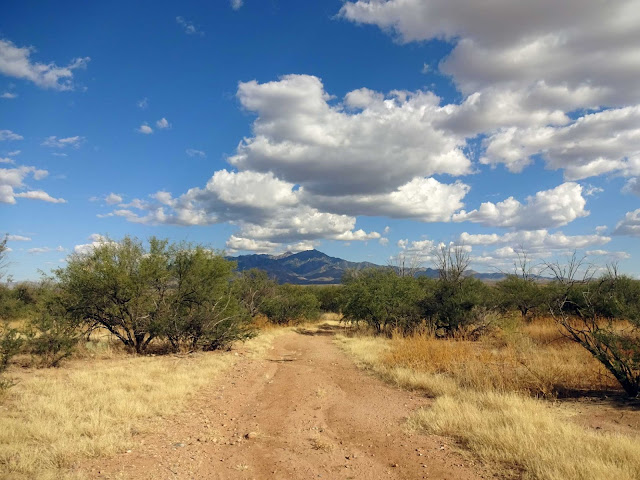 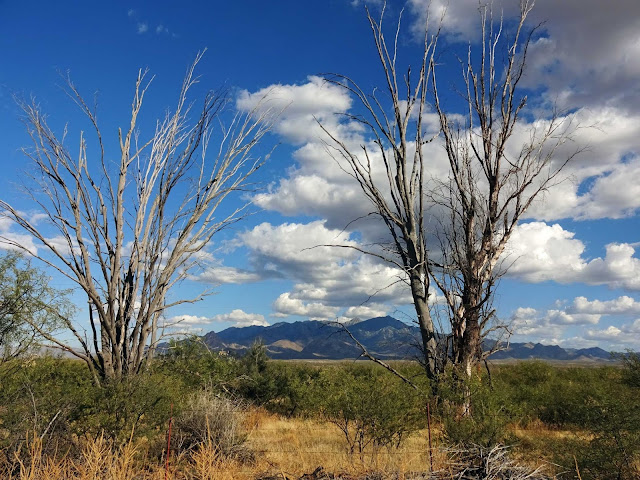 Hummm some of those clouds are getting dark bottoms.
We made our trip to Green Valley to go to WalMart. But stopped first at Denny’s for breakfast. We always have to stop there to check on Addy. She works there, I wrote about her in this blog
That was in December of 2015 and she was 87 then. She was still going strong today. Busing tables and seating customers. Denny’s was also full of Veterans who live in the area. They were offering a free Build your own Grand Slam.
Then on to Wal*Mart where we got Bill his sweat pants and ink for our printer. Doesn’t need it yet but in Mexico it is cheaper to buy a printer than ink. Also picked up some Mucinex for Bill’s congestion. Hope it helps.


Somehow I managed to screw up one of the USB ports on my laptop. When I unplugged my Fitbit it took a piece of the port out with it. Could not get it back in and finally managed to break it trying. I still have two so no emergency. Will get it fixed in Mazatlan.
This afternoon there is NASCAR on TV and later tonight a truck race. So I'll keep myself amused.
Posted by Carol and Bill at 2:21 PM

I hope that Bill is feeling better. See you Tuesday. Just remembered about the one hour time change, have to leave earlier now.