Finally a sunset in San Carlos

Chilly here again this morning, Saturday. I’ve got on long sleeves and long pants. But should warm up to mid-80s. Going out to dinner with friends tonight.
Followed the NASCAR truck race on the laptop last night. Good for Johnny Sauter but what a shame William Byron didn’t get the championship. He won last night’s race, so that makes 7 wins for the year. But his truck blew an engine last week when he was leading the race – 10 laps from the finish so he didn’t make it to the final four.  Today is the final Xfinity race. And tomorrow is the final Cup race. That one I can watch on TV here in the RV park. None of the four driving for the championship qualified well.
Got up early this a.m. Not light out yet and the first thing I did was drop my little brown pill under the table on the only carpeting in the RV. Brown shag carpet. Got the flashlight and crawled around under the table until I found it.
A little bit of color in the sunrise . Gives me hope for a good sunset. 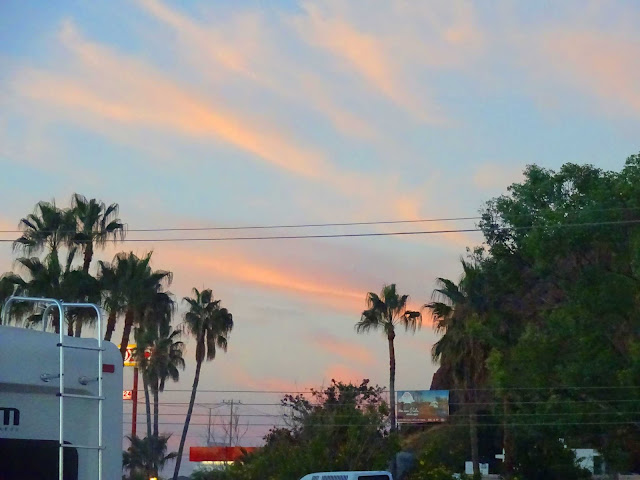 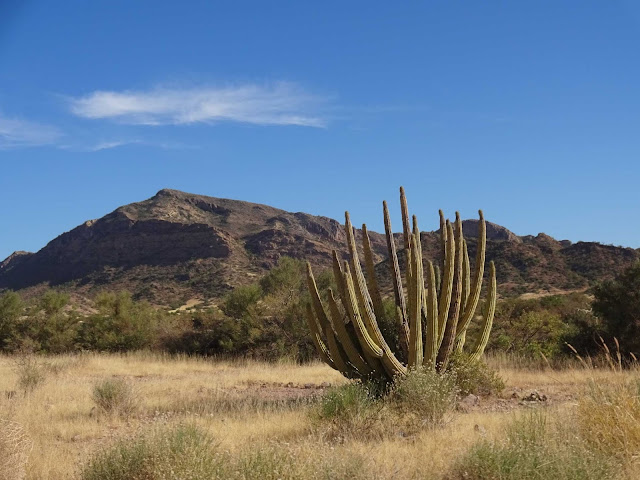 We were headed to Nacapule Canyon - it is an oasis in the desert. 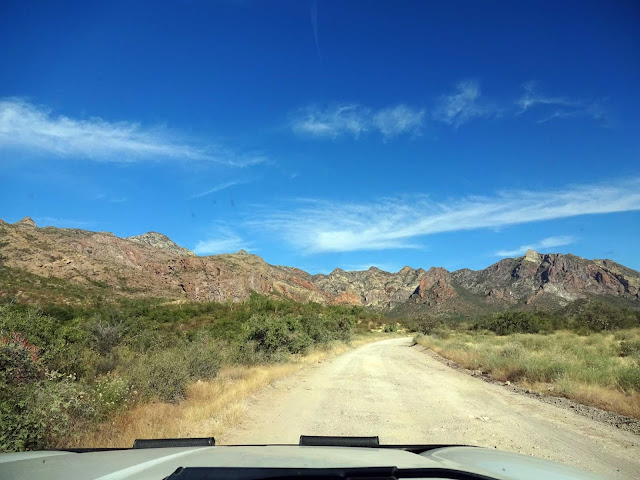 Drove around town a little in to some of the neighborhoods. Most home close to the water are owned by North Americans. This is a fairly new street. 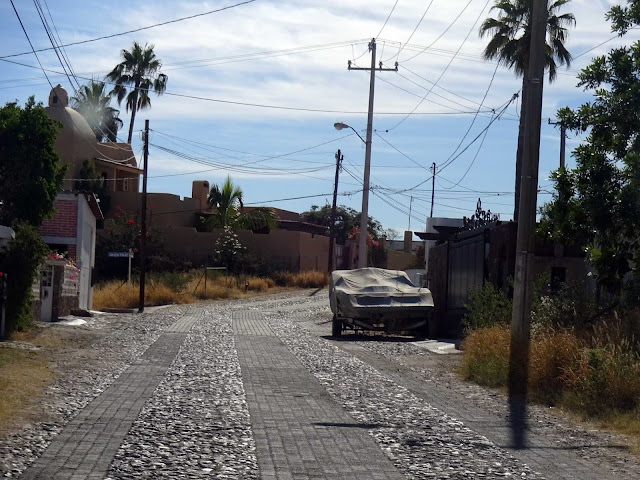 Hum Circle K - guess I'll look this up. The EXTRA is like a convience store. 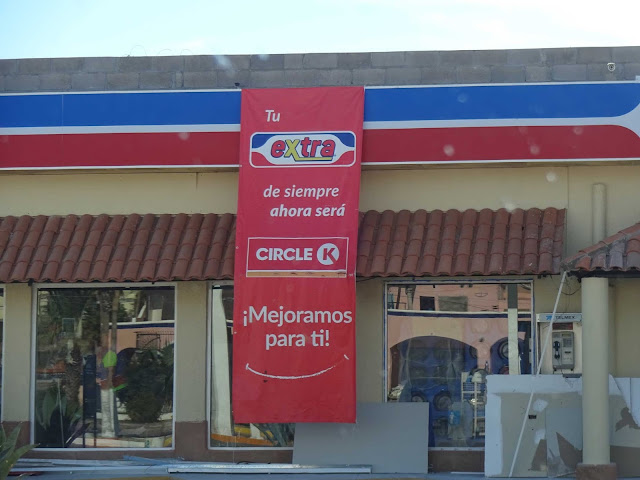 Came home. Bill read and I watched the lap by lap information on the Xfinity race. Wish I'd seen the last few laps. All 4 contenders were in the top 5. Really fighting hard to win. The new Xfinity Champion is Daniel Suarze. His second year racing for the NASCAR series here in the US. Seems like a very nice young man. He was a champion in Mexico's Nascar events before he came here,
The clouds hung in for the sunset. Grabbed my trusty camera and walked across the street for some shots.
The mountain, the ocean and the birds - can't take a bad picture 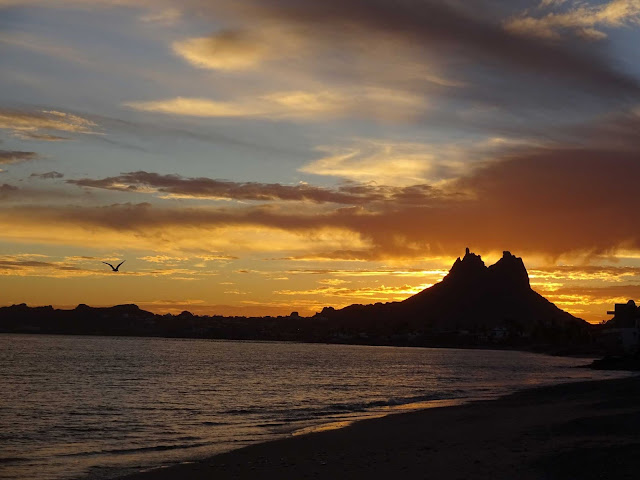 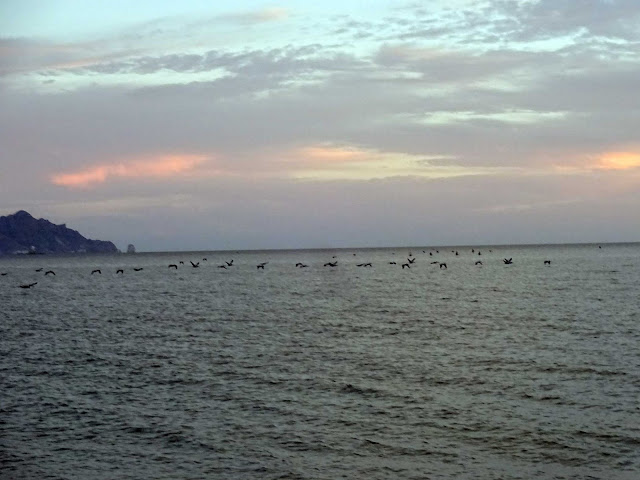 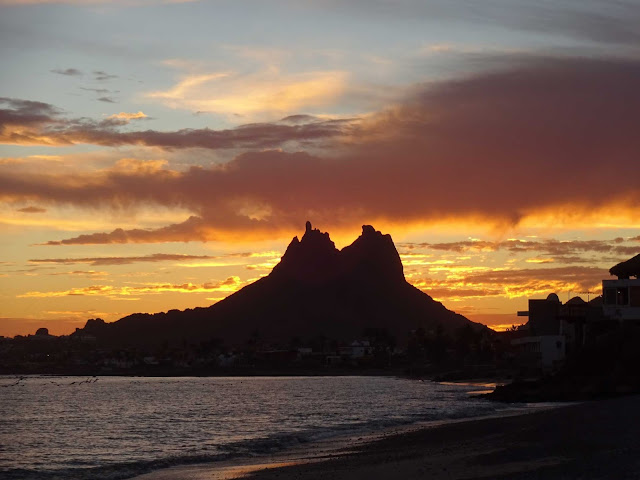 From the car - we were on our way to meet friends for dinner. 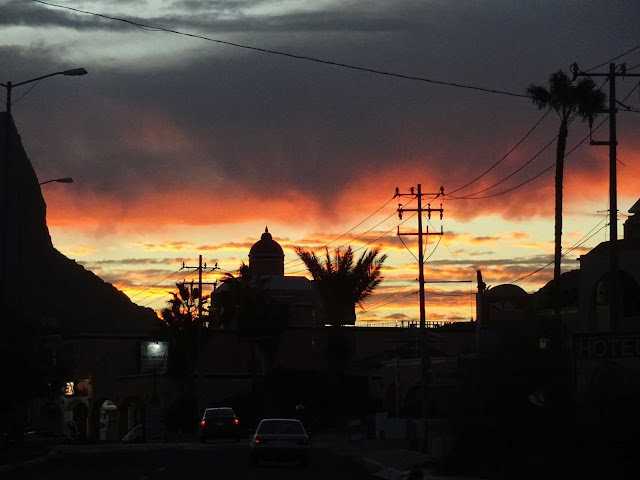 Our friends live here in San Carlos. They are originally from California. They moved to Belize and built a home there a few years ago. But lack of good medical care brought them back to Mexico. Their house in Belize is rented. We met them in the RV park where we are staying several years ago. About a year and a half ago they bought a 42' catamaran and worked on all that time refurbishing and equipping it. When the hurricane came through here in September it sank. It is not salvageable.
Here is where we went to dinner. Good to spend time with old friends. 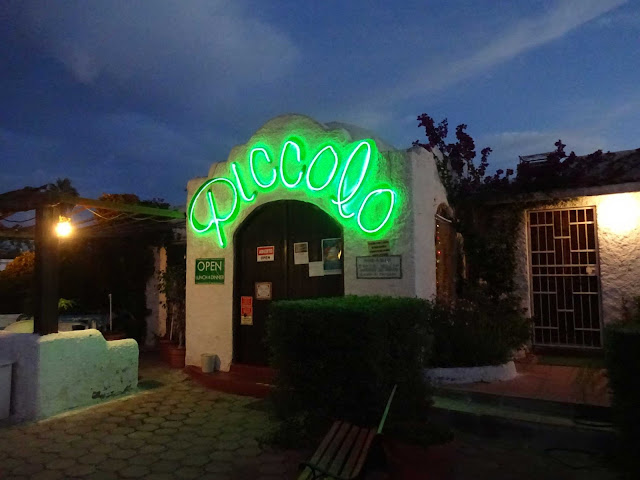 All I know for sure about today is I am going to watch the final Championship NASCAR race here in the RV park in the rec room. Their TV gets NBC.
Read this on line. It is from the little college town of Bloomington, IN. Right next to where we used to live. No comment...


"The Herald-Times reports that "all city employees receive paid time off for Columbus Day, a federal holiday ... and Good Friday, the Friday before Easter Sunday. In the future, the city will be calling these paid days off 'Fall Holiday' and 'Spring Holiday"
Posted by Carol and Bill at 8:30 AM

Your sunset pictures were worth the wait.

Thank you both. The setting makes for nice photos. Too many clouds last night.